You might be asking yourself, "Why is ZooBorns posting a story on domestic cats?" Look closely though... These are European Wildcats. Snapped at Germany's Opel Zoo just yesterday by Joachim S Muller, the kittens are fine examples of this species native to Western, Central, and Eastern Europe. Studies suggest that all domestic cats are descended from the Wildcat, of which the European Wildcat is a subspecies. 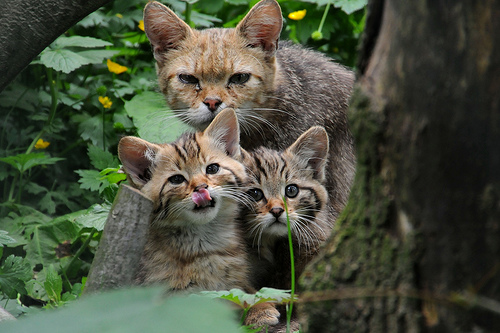 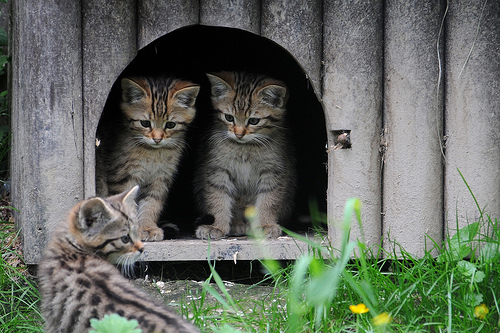 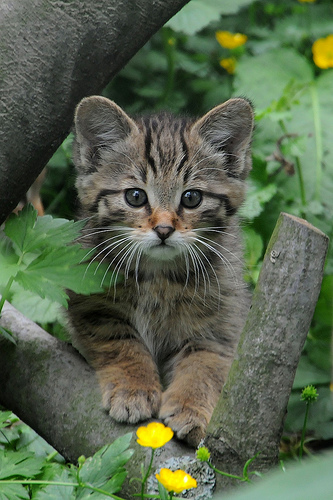