Ayubu, the black rhino calf born at Lee Richardson Zoo, made his outdoor debut on March 8, 2021.  He was a little hesitant at first.  Mom was the first to peek out, checking out the noises from the nearby construction at Garden Rapids at the Big Pool.  She then went back and forth a few times until they were both outside.  Their first adventure outside together included exploring the top of the dirt mound, running all over the yard, and somewhat synchronized mud baths. 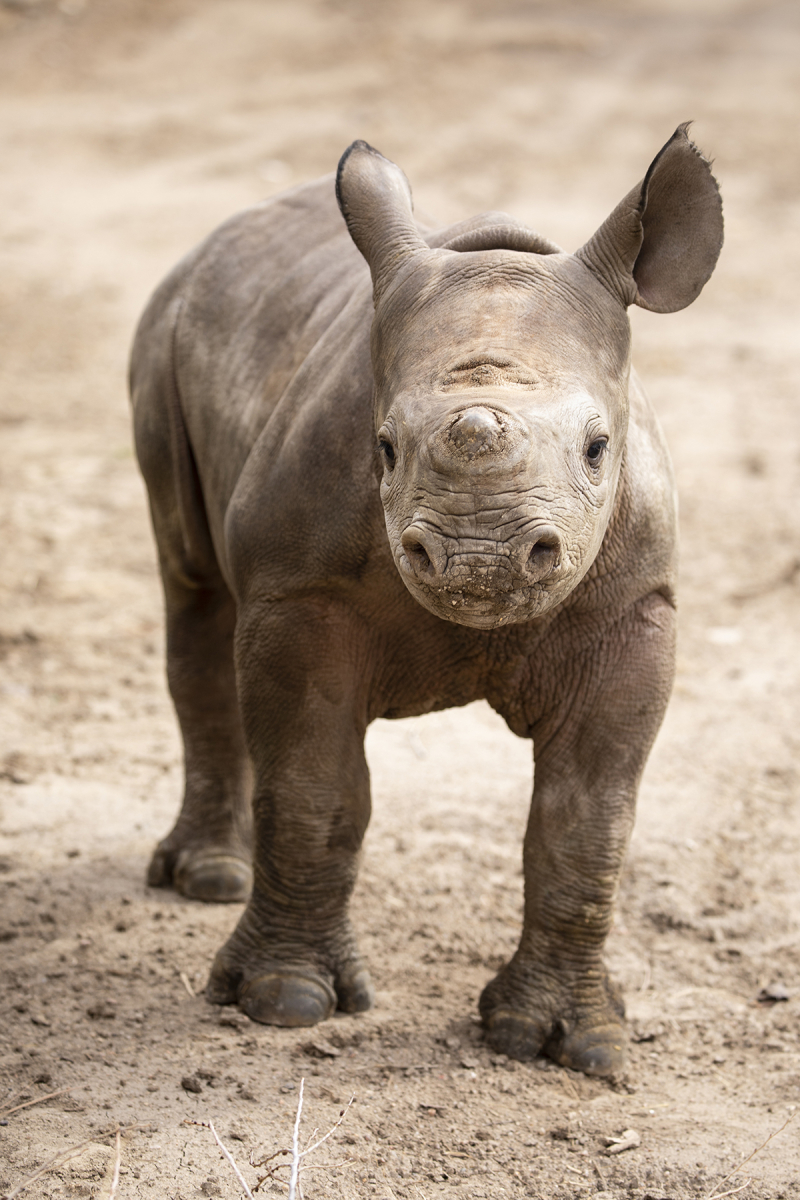 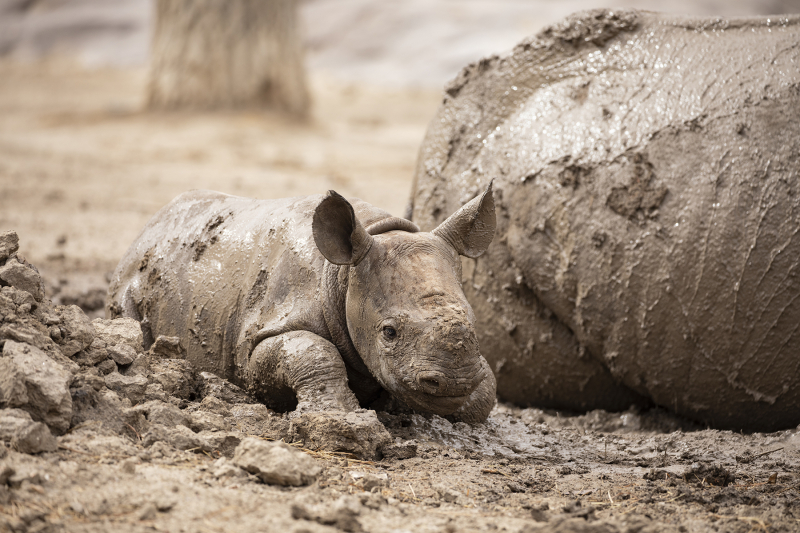 Many zoo staff were watching the occasion, either in person or via closed-circuit cameras, as well as zoo guests.

“This is one of the proudest moments of my career!  This is a tremendous accomplishment for Lee Richardson Zoo and its staff,” said Animal Care Manager Pablo Holguin as he grinned ear to ear beneath his mask.

Ayubu was born on January 20 to Johari and Jabari.  He is their first offspring.  His birth is part of the Association of Zoos and Aquariums’ Species Survival Plan for rhinos.  Based on current local weather predictions, the rhinos should be outdoors late morning to mid-afternoon during the first part of the week.  That is subject to change depending on outdoor conditions.

Eastern black rhinos are native to eastern Africa (Kenya and Tanzania). They are listed as Critically Endangered by the IUCN (International Union for Conservation of Nature).  Be sure to check the zoo’s Facebook page, YouTube channel, and website for video updates. 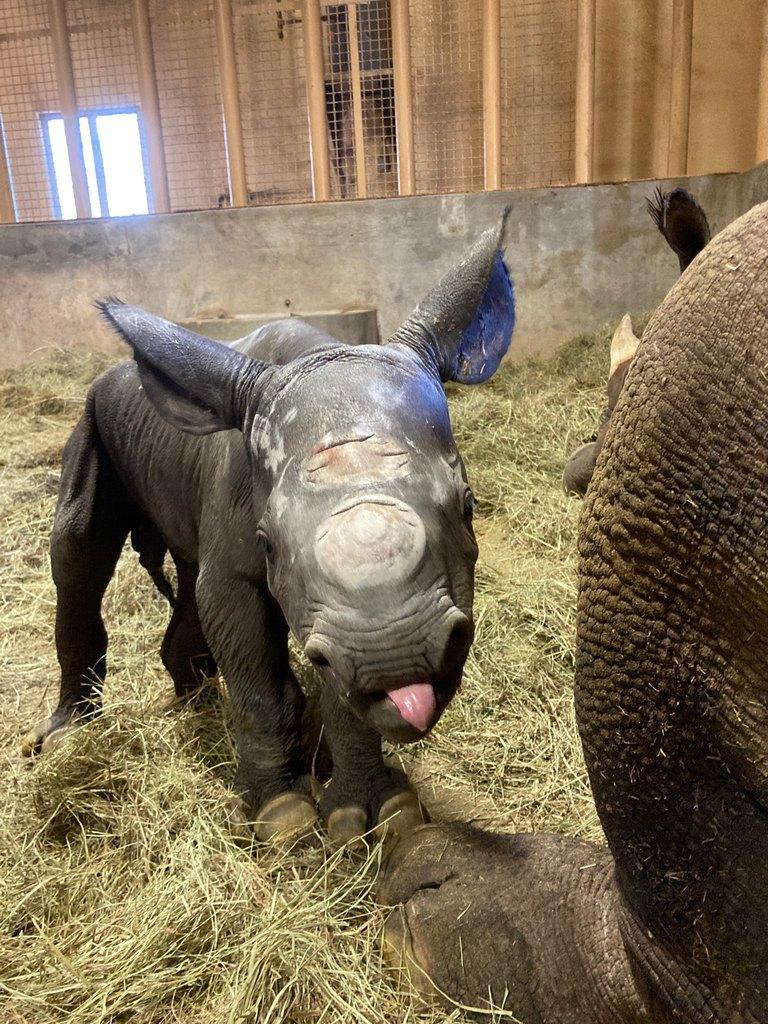 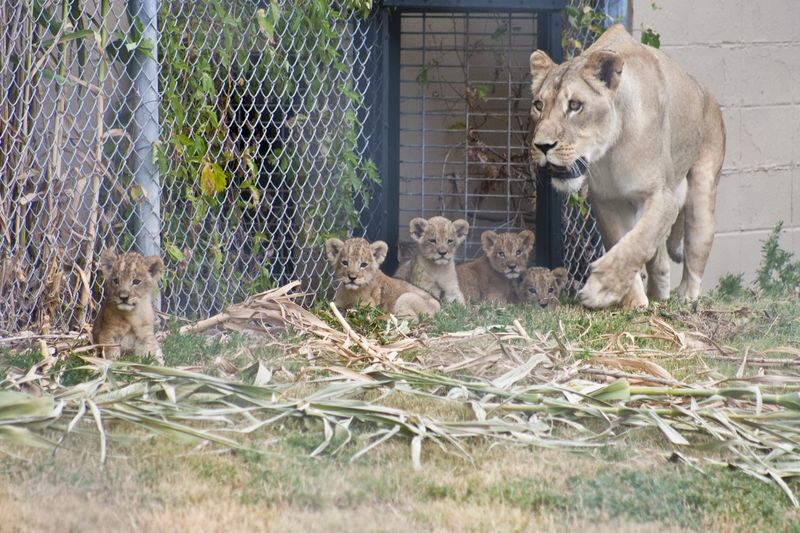 The cubs (four boys and one girl) are the second litter for mom, Amali, and dad, Razi.  Amali was born at Lee Richardson Zoo on August 24, 2005. Razi arrived in Garden City in December 2007, at 16 months of age, from the Denver Zoo. 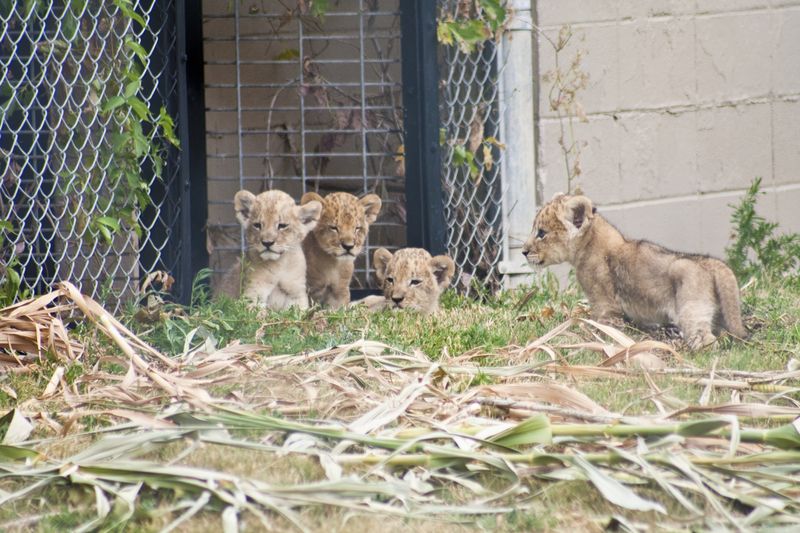 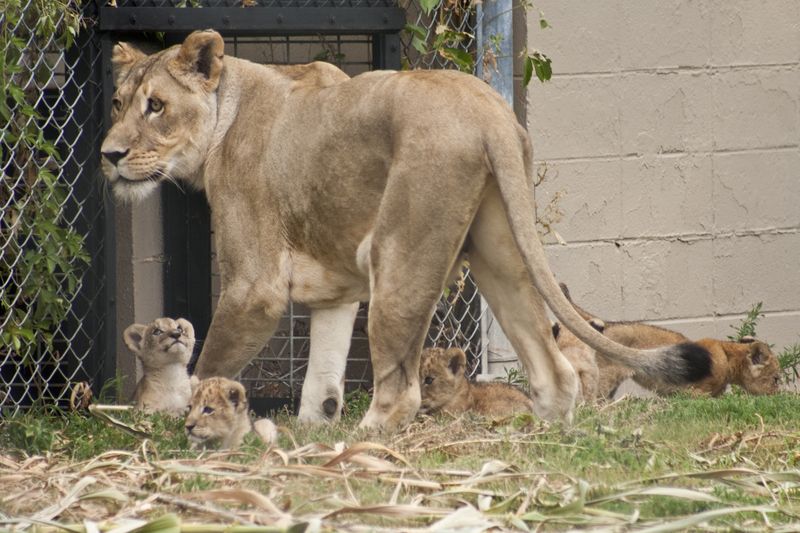 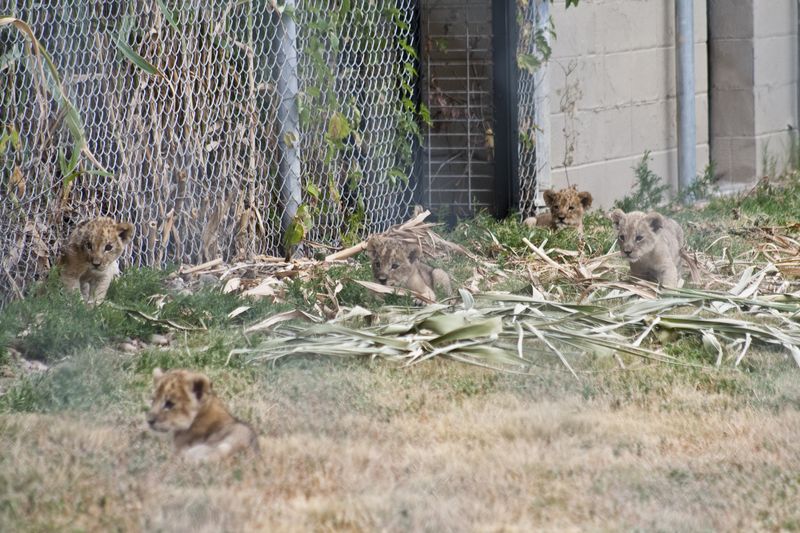 Recently, on July 7, the five cubs were allowed out for their first adventures into their enclosure with the adoring public present.  Momma lioness, Amali, scanned the area with a watchful eye before letting them venture too far from the barn.  If they journeyed someplace in their habitat that she didn’t want them to go, she would give a quick snarl which brought them in line.  A train of cubs, that was quite adorable, formed as Amali guided her cubs around, while zoo guests watched the cubs’ antics from the viewing area.

Not only did the cubs get to go exploring for all to see, but they also received their names.  Garden City residents and Lee Richardson Zoo fans put in a total of 581 votes towards the naming of the male cubs. The winning names were Kito, Bahati, Usiku, and Jasiri.

Dad, Razi, chose the female’s name.  Three boxes were put out for him to select from.  Each held the same treat to remove any bias.  Between the red, green, and blue boxes, Razi chose the red--thereby dubbing his daughter Lulu.

Lee Richardson Zoo is proud to participate in the Association of Zoos and Aquariums’ Species Survival Plan to help maintain genetically diverse populations of vulnerable and endangered species in zoos.  Zoo lions serve as ambassadors for their counterparts, drawing attention to their issues in the wild.  Wild lion populations are dropping in numbers due to loss of habitat and introduced diseases such as canine distemper.  As part of the Species Survival Plan some of these cubs may eventually find homes at other facilities in the future. 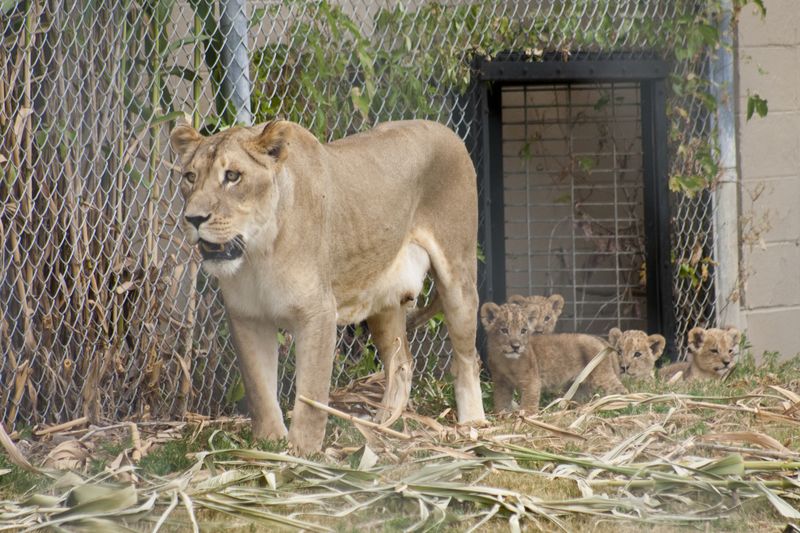 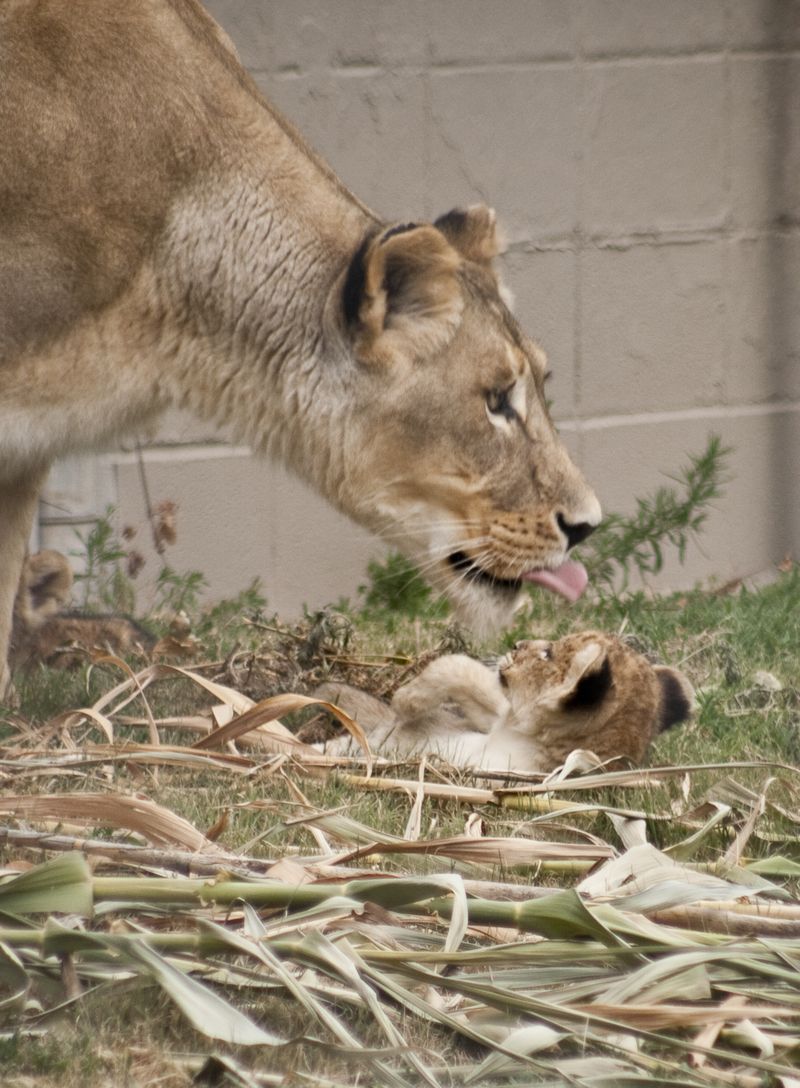 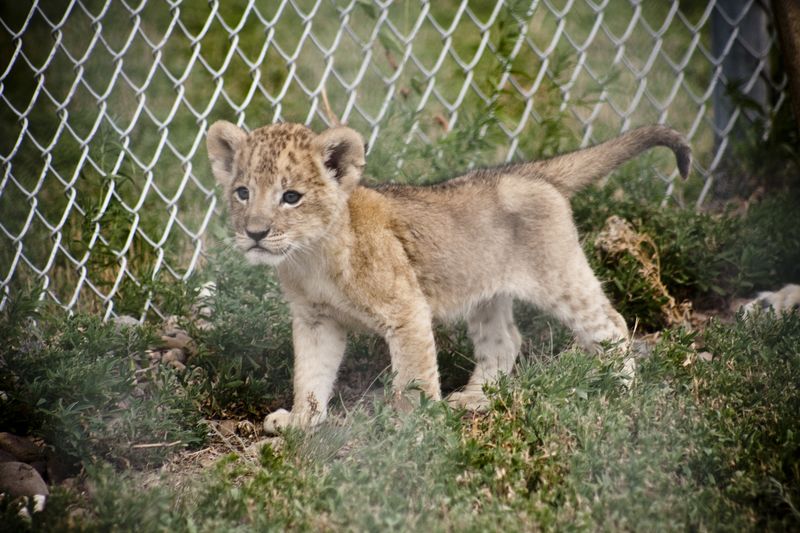 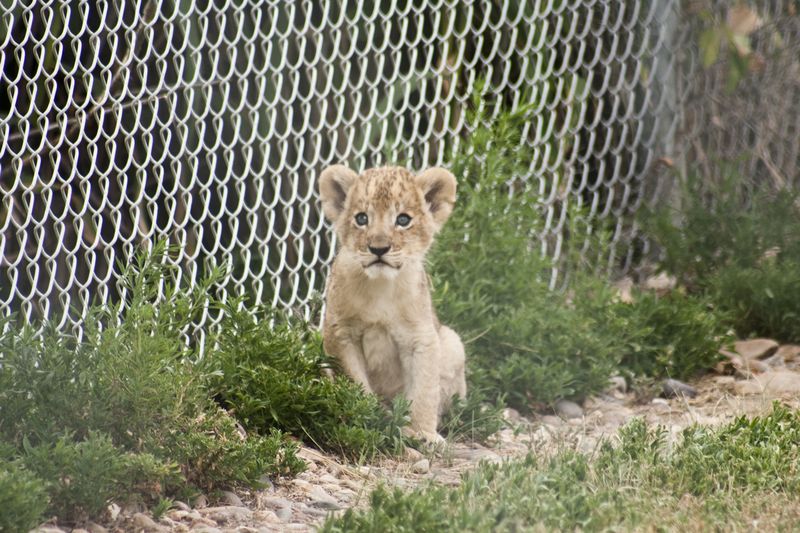 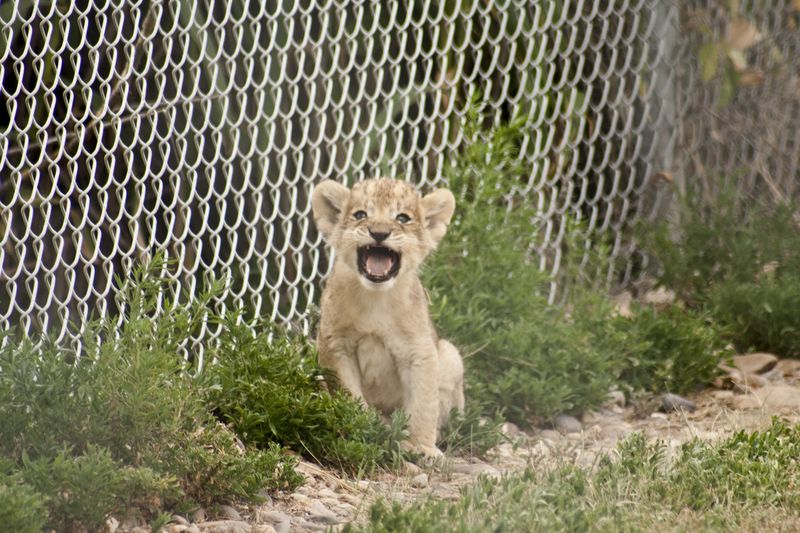 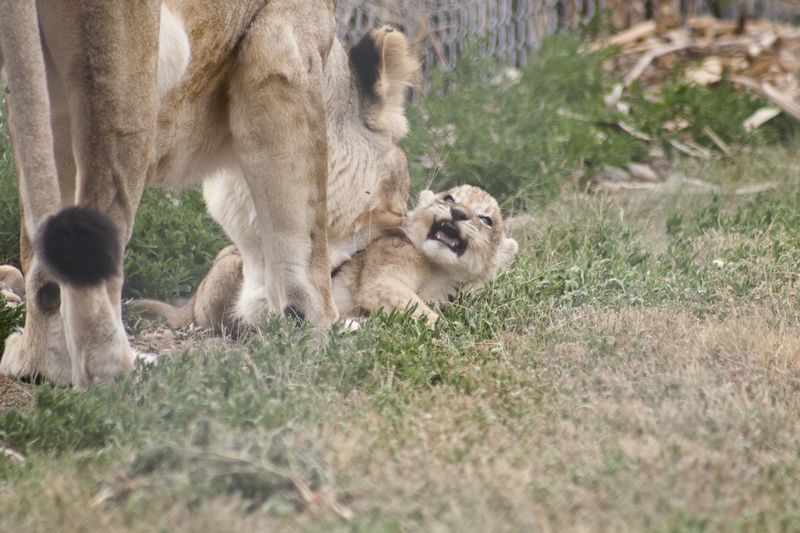 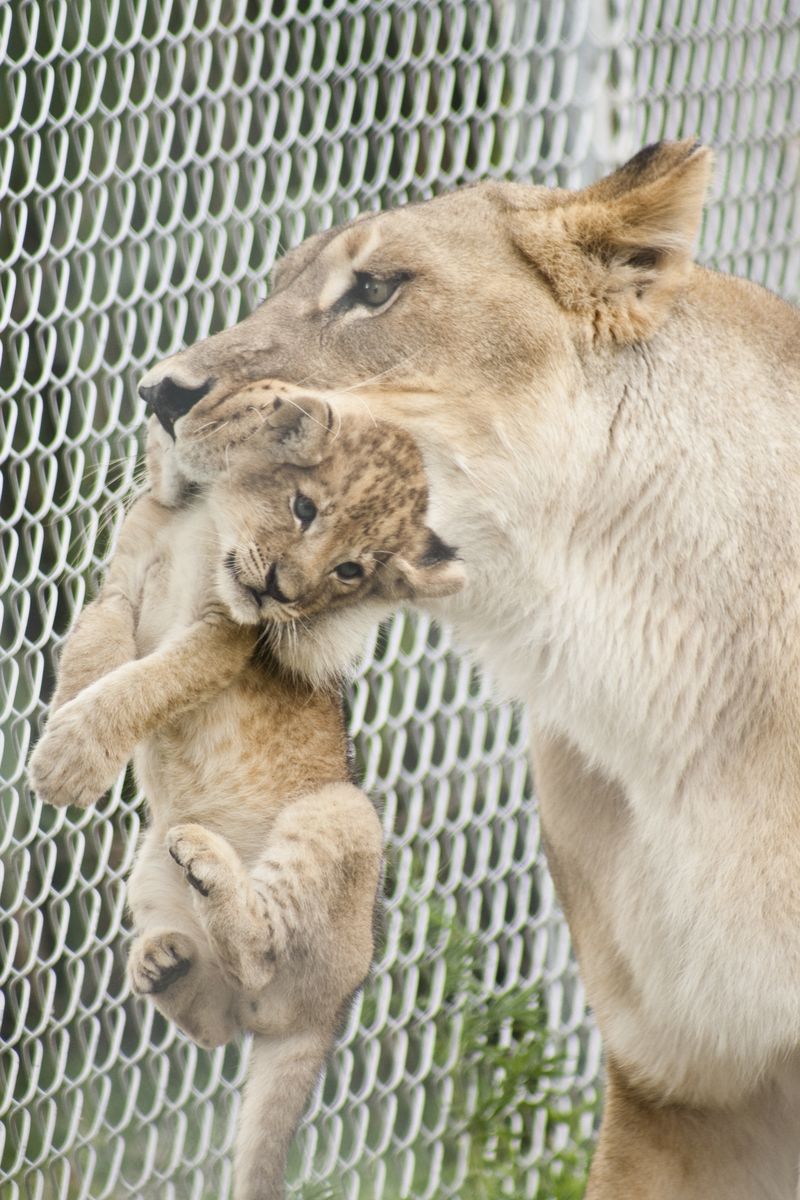 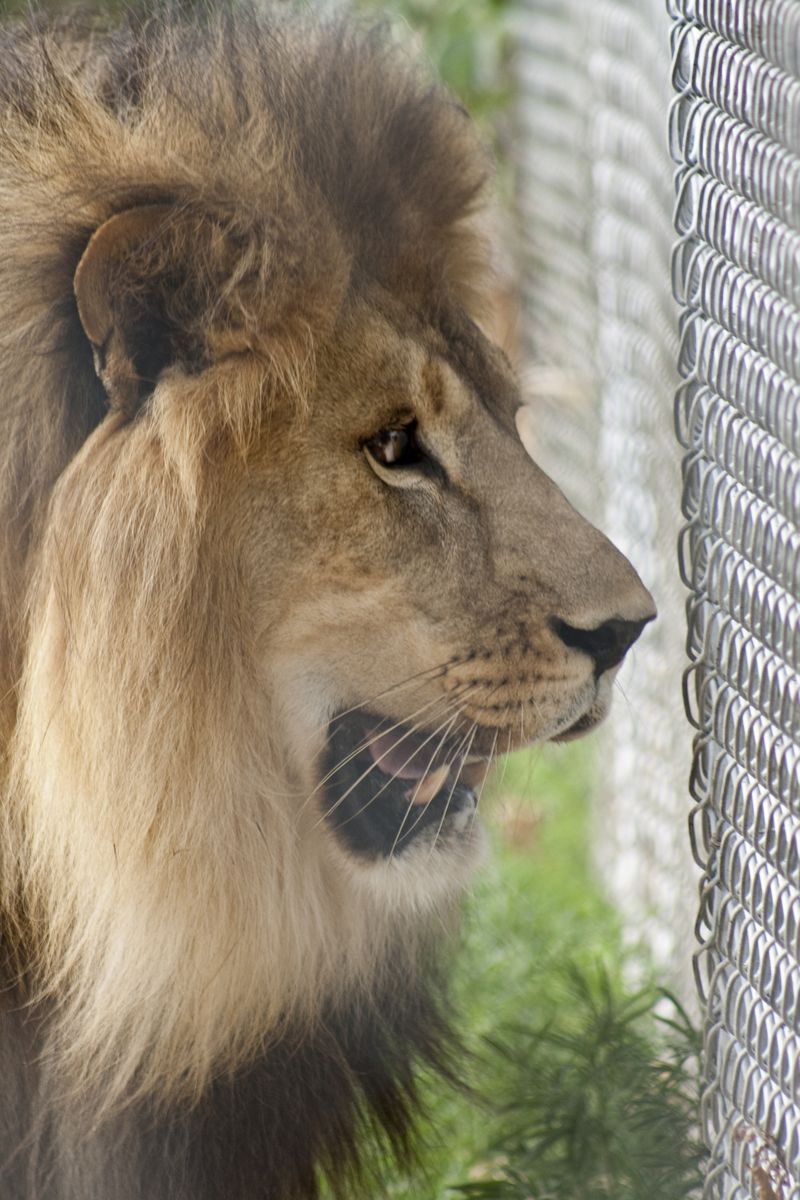 At just four weeks old, the Lee Richardson Zoo has shared the first pictures of their new lion cubs, two boys and a girl. Each has a distinct personality. One of the little boys is calm and mellow. The other is feisty and noisy. While the little girl is shy and sneaky. 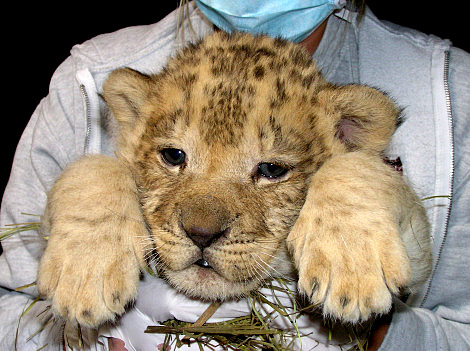 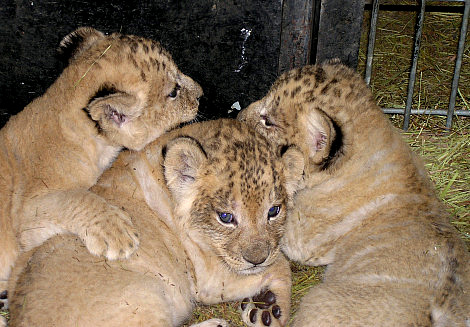 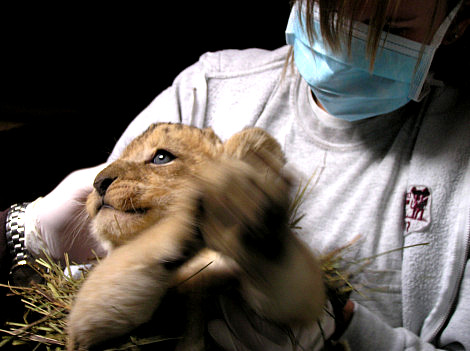 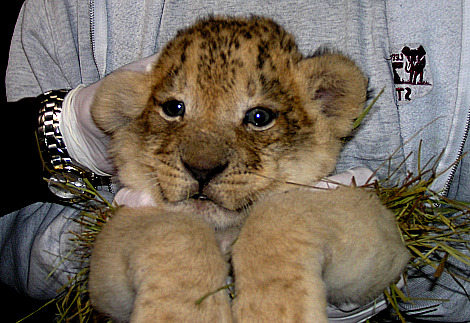 The little cubs will be on display soon and should not be missed if you can get yourself to western Kansas.