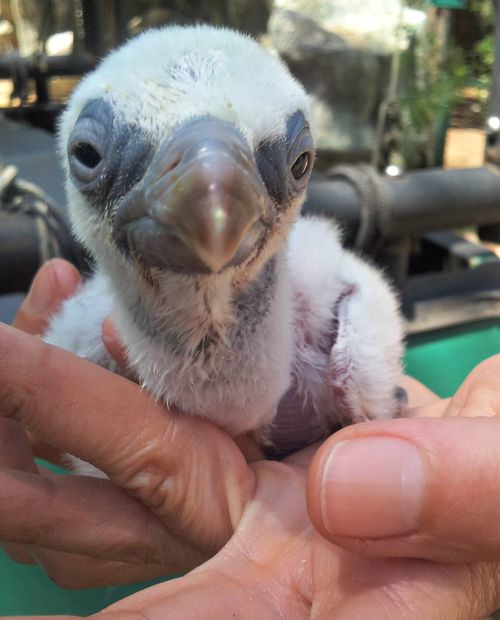 A tiny chick hatched at Israel’s Jerusalem Biblical Zoo and raised at the Ramat Gan Safari Park is part of an effort to restore native Griffon Vultures to Israel.

With only 100 Vultures remaining in the wild in Israel, scientists don’t want to take any chances with the precious eggs breaking or being preyed upon.  So when a pair of wild Vultures in an Israeli nature reserve laid an egg, scientists collected the egg and brought it to the Jerusalem Zoo, where it was placed in the safety of an incubator. 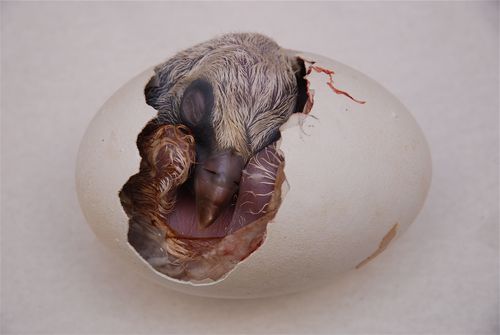 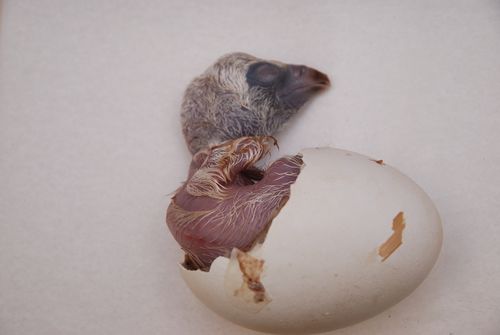 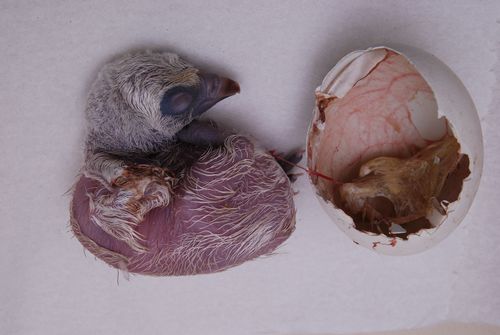 Meanwhile, at the Ramat Gan Safari Park, Vultures Donky and Kosta were sitting on a dummy egg, because the two eggs that they had laid earlier were removed from the nest.  Once the wild-collected egg began to hatch in the incubator at the Jerusalem Zoo, it was rushed to Ramat Gan Safari Park.

Vultures are unable to tell if a chick is theirs or not, so a brave zoo keeper entered Donky and Kosta’s enclosure, climbed up to the nesting shelf, removed the dummy egg, and replaced it with a newly hatched chick, which was still in its shell. Not an easy task when you have two protective Vultures nearby!

Father Kosta immediately returned to the nest to make sure the egg was still there after the "intruder's" visit. To his surprise, he found that a tiny chick waiting for him in the nest, begging for food. Kosta did not think twice and rushed to feed the chick

Kosta and Donkey have successfully fostered several chicks over the years.

By the age of 6 months, the chick will be taken to a nature reserve, where it will spend three years with other young Vultures until it is old enough to be released to the wild and join the wild population.

One Big Kitten: Tiger Cub at the Jerusalem Zoo

Born on New Years Eve, these adorable pictures were taken when the tiger cub was 6 weeks old. Ignored by its mother, the little boy requires constant care and is being raised in the home of Jerusalem Zoo veterinarian, Nili Avni-Magen. 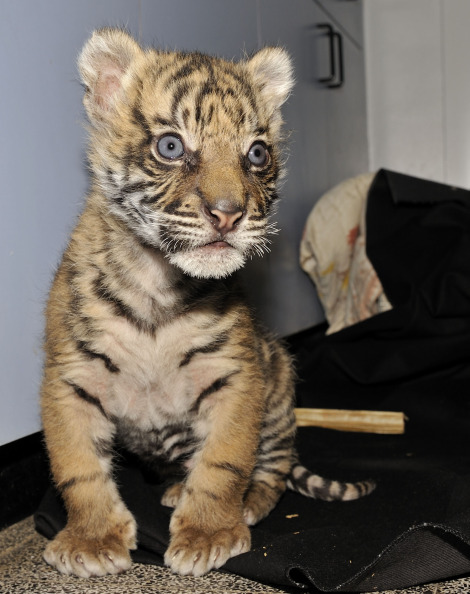 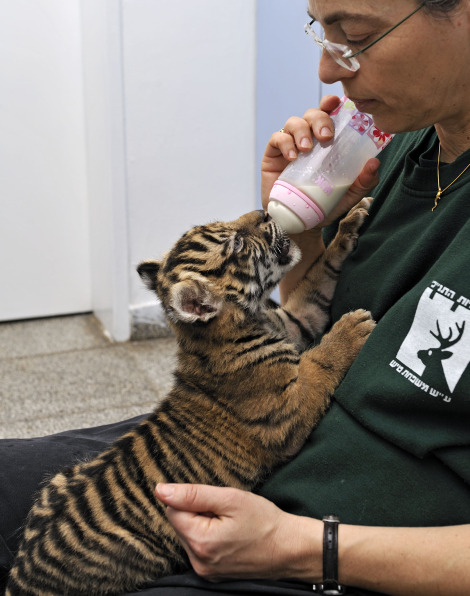 Outside of the cub's room, a sign reads "Warning: Tiger Inside" but visitors have a hard time feeling threatened when they step in and find him playing with Nili's 3 year old daughter or sprawled out on a stuffed tiger toy that doubles as a bed. Called Sylvester by some, Tigger by others, and Coochie by Nili's daughter, the tiger will soon be moved to an area adjacent to its mother and father to become better acquainted. 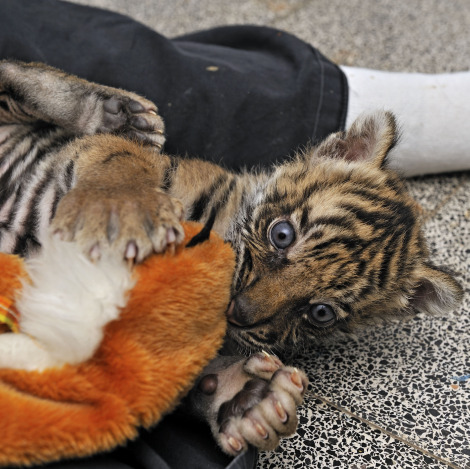 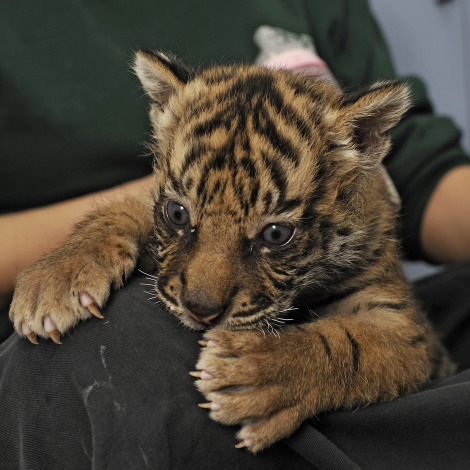