The Houston Zoo welcomed the arrival of a baby giant on October 11.  A baby Giant Eland, that is. Mom Dorothy gave birth to an as yet unnamed male calf between noon and 1 p.m. on Monday, October 11.  The calf was standing on his own at 1:30 and was nursing 10 minutes later.  He weighed 60 pounds at birth. 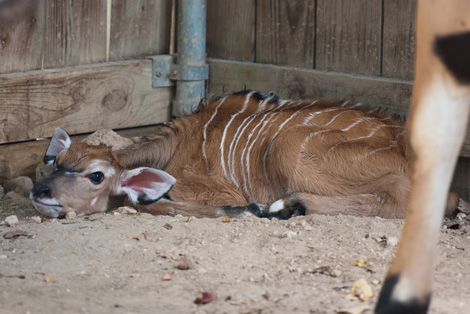