Monarto Safari Park is pant-hooting with excitement with the arrival of a baby Chimpanzee just in time for Christmas.

The announcement was made in an extremely special video message from world-renowned ethologist Dr Jane Goodall DBE. 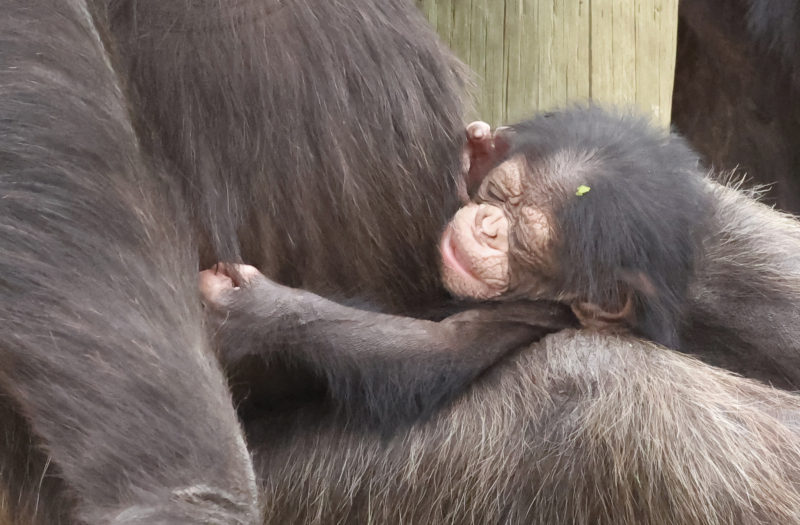 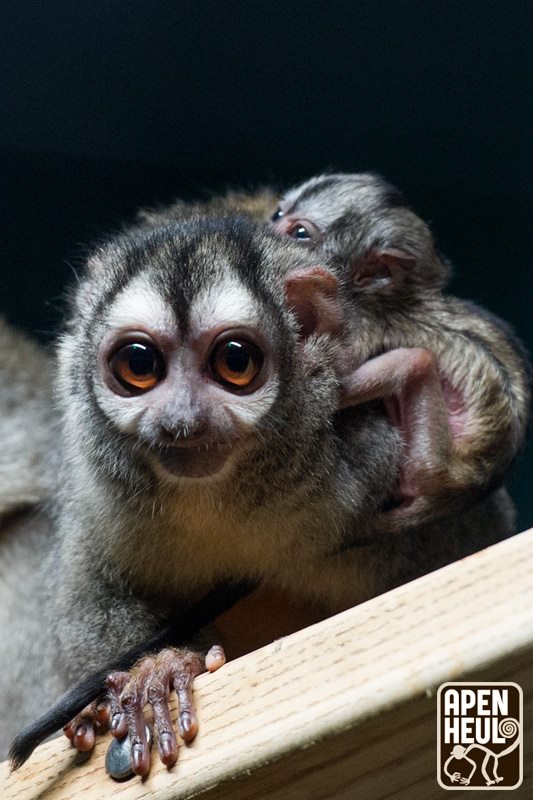 On December 9, at Apenheul Primate Park, in the Netherlands, a Panamanian Night Monkey was born. It has been six years since the park witnessed the birth of one of these small, nocturnal monkeys. The infant is doing well and can be seen with mom or riding its father’s back.

Apenheul has a special Night Monkey enclosure for all species with reversed circadian rhythms.

The Panamanian Night Monkey (Aotus zonalis), or Chocoan Night Monkey, is a species that was formerly considered a subspecies of the Gray-Bellied Night Monkey of the family Aotidae. It is native to Panama and Choco region of Colombia.

It is relatively small, with males weighing approximately 889 grams (31.4 oz) and females weighing about 916 grams (32.3 oz). The fur ranges from gray-brown to reddish-brown, and the belly is yellow.

Like other night monkeys, the Panamanian species has large eyes to accommodate its nocturnal lifestyle. But unlike many nocturnal animals, its eyes do not have a tapetum lucidum.

Arboreal and nocturnal, it is found in several types of forests, including secondary forests and coffee plantations. They live in small groups of between two and six. Groups are territorial and occupy ranges that overlap only slightly.

The species generally walks on all four legs and can run or leap when needed. They eat a variety of foods with a diet consisting of fruits, leaves, and insects.

The Panamanian Night Monkey is one of the few monogamous monkeys. A mating pair generally gives birth to a single infant each year, with twins occasionally. Gestation lasts about 133 days. The father will carry the infant from the time it is one or two days old, passing it to the mother for nursing.

According to the IUCN, major threats to the monkey are largely unknown, although deforestation is known to be taking place in parts of its home range. The species is known to occur in a number of protected areas of Colombia, Costa Rica, and Panama.

The Panamanian Night Monkey is currently classified as “Data Deficient” on the IUCN Red List of Threatened Species. There is currently no information available on the species’ status to know of any major threats that would significantly affect the population.

Hanging Around with a Baby Orangutan

Apenheul Primate Park visitor JeanKern took these candid photos of Orangutan Wattana and her 8-month-old son Kawan enjoying a sunny October day. Wattana was hand-raised by keepers at the Antwerp Zoo, requiring her to learn her mothering skills from fellow Apenheul Orangutan moms Sandy and Radja. The same year Wattana arrived at Apenheul, eight-year-old Amos also came to the primate park. Right from their first meeting, Wattana was teasing Amos continuously. According to keepers on hand at the time: “She tried to attract his attention by swinging back and forth over his head and throwing hay at him. She even sucked her mouth full of water and sprayed it over Amos from a distance. It was hilarious!”  Wattana's flirtatious antics ultimately led to a courtship and the birth of baby Kawan. 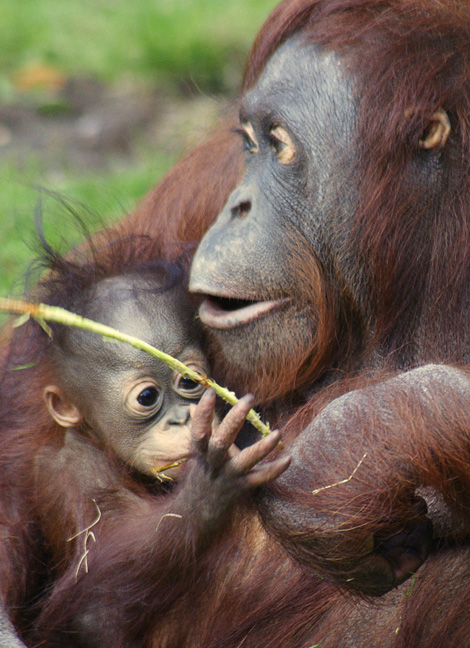 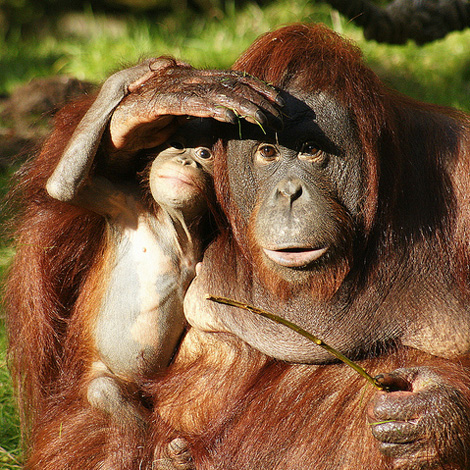 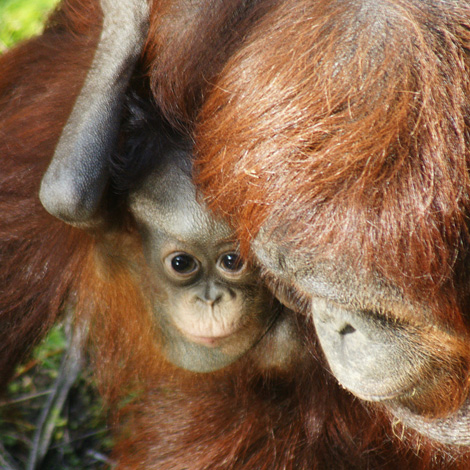 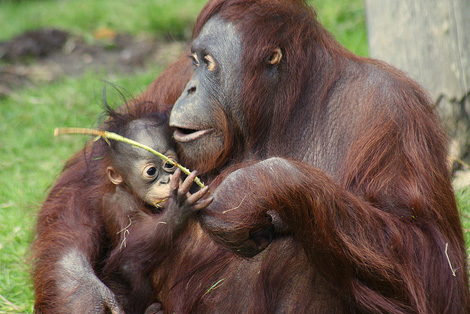 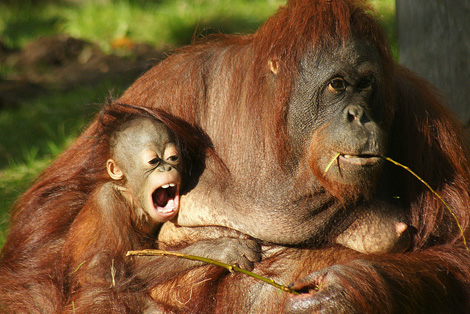 Once again, A.J. Haverkamp delivers the goods. In these pictures featuring ZooBorns' first Woolly Monkey, the two-and-a-half-month-old subject's determination and personality are palpable. The first two were taken just yesterday at Apenheul Primate Park and the last two are from over a month back. All Woolly Monkeys are vulnerable to extinction or endangered in their native home in the jungles of South America. 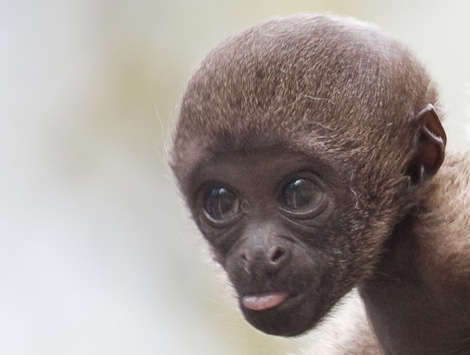 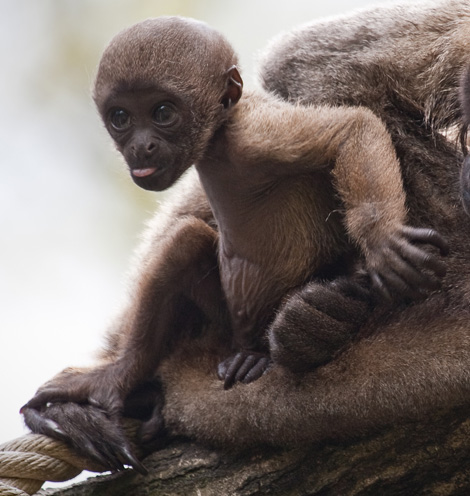 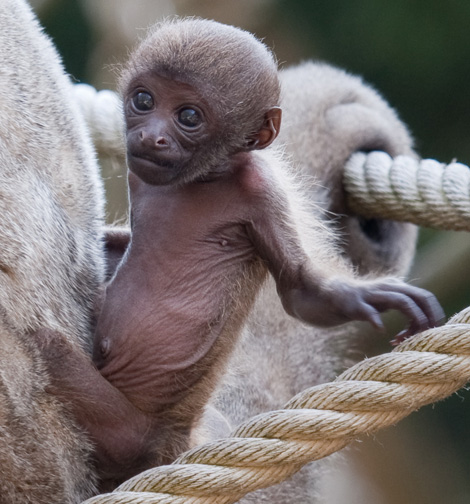 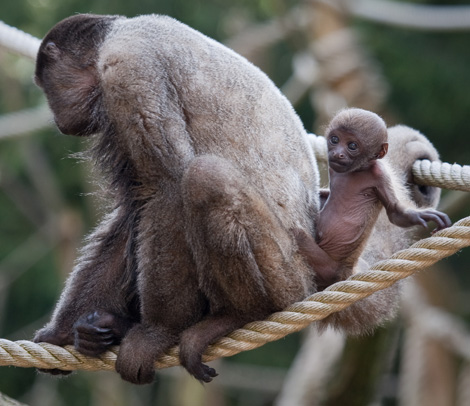 Up Close and Personal with a Baby Barbary Macaque

One of the best known Old World monkeys, the last wild Barbary Macaque population in Europe lives on the rock of Gibraltar, occasionally wandering into town to cause mischief. This baby macaque was born in the last few weeks at Apenheul Primate Park in the Netherlands, a rare open facility that allows its primate residents to wander around freely and build their own social groups. Thanks to photographer Jean Kern for sharing these photos as well as for his work on orangutan conservation. 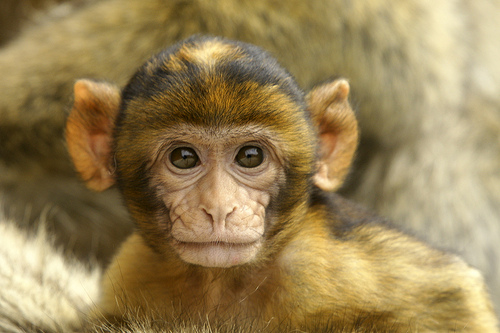 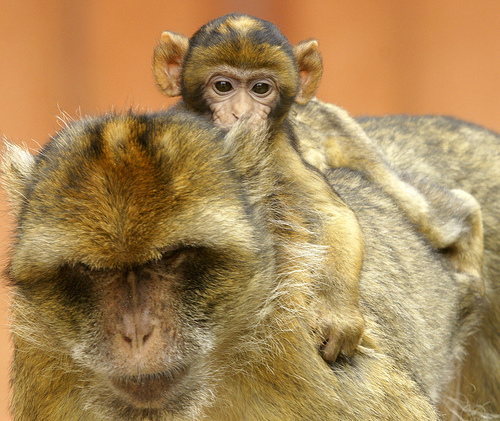 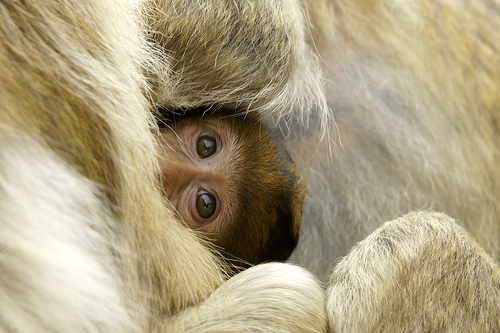 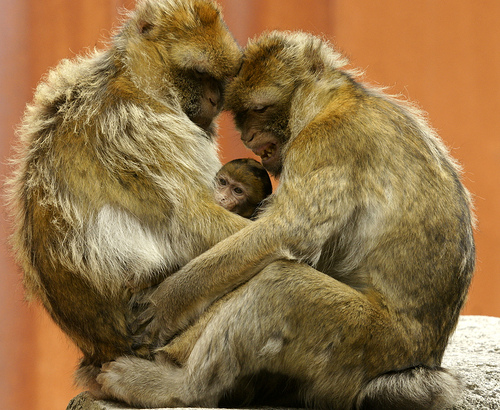 Apenheul Primate Park in the Netherlands is a unique institution where monkeys, apes and other primates are free to wander within the park forming their own natural social groups. All of the pictures below were taken last week by photographer Jean Kern. Just like their fellow primates, humans, mom and baby stick close together. 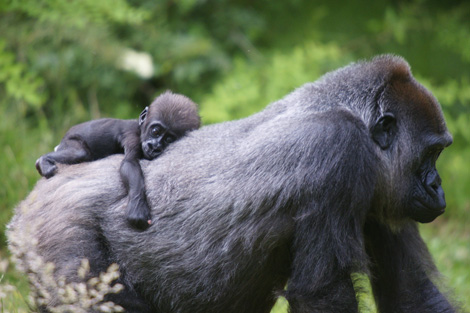 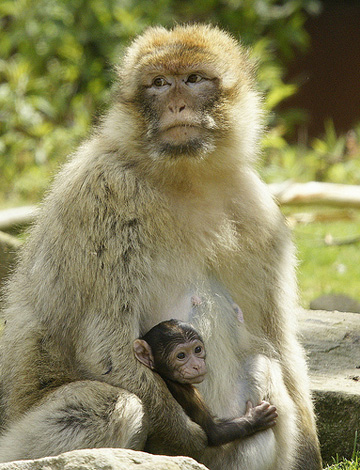 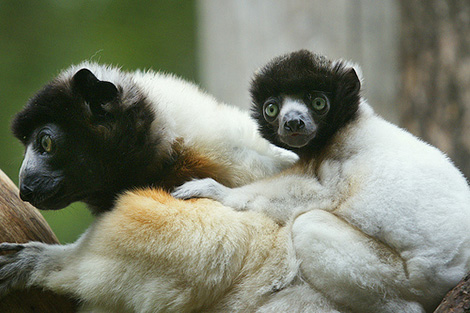 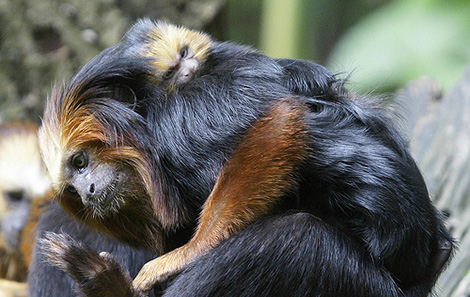 ... and we couldn't resist these cattle egret chicks... 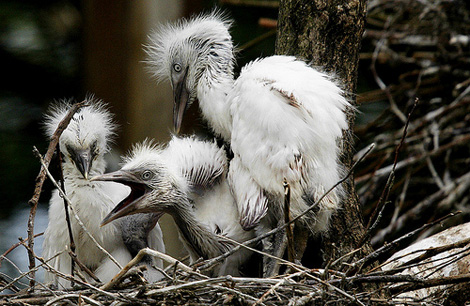