Last week, Zoo Tampa received another orphaned manatee calf from the Florida Fish and Wildlife Conservation Commission. This year, he is one of four orphaned manatees who has been rescued and brought to Zoo Tampa’s David A. Straz, Jr. Manatee Critical Care Center to be treated. 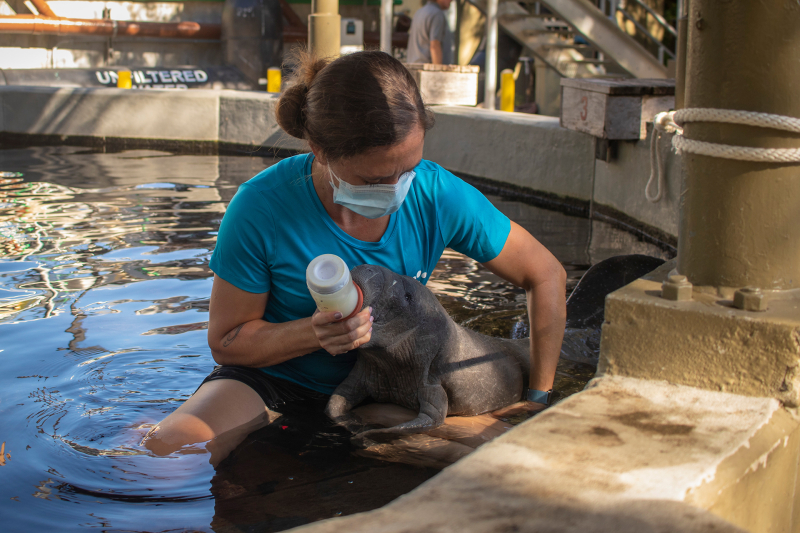 Learn about the specialized care he's receiving and how you can help manatees in need.

Three horns are better than one! Endangered Indian rhino born at ZooTampa

ZooTampa excitedly welcomes a male Indian rhino calf born to Jamie and Johnny seen on Secrets of the Zoo: Tampa. This is Jamie’s fourth calf and Johnny’s first calf making this newborn an incredibly important part of the Species Survival Program that ZooTampa is apart of. While not getting an official weight yet, Indian rhino calves weigh between 55 and 70 pounds after an 18-month gestation. The long-awaited calf has to meet a few milestones before being deemed healthy by our Animal Care team. The first milestone is movement which includes standing, walking, and fluidity of movement. Shortly after this, the calf should begin nursing within a few hours of standing. The last milestone is bonding with mother Jamie. Having been a mother 3 times before she was able to start bonding with her calf immediately. He was able to pass these milestones and is looking quite healthy. Stay tuned for updates and follow up stories on our social media pages.” 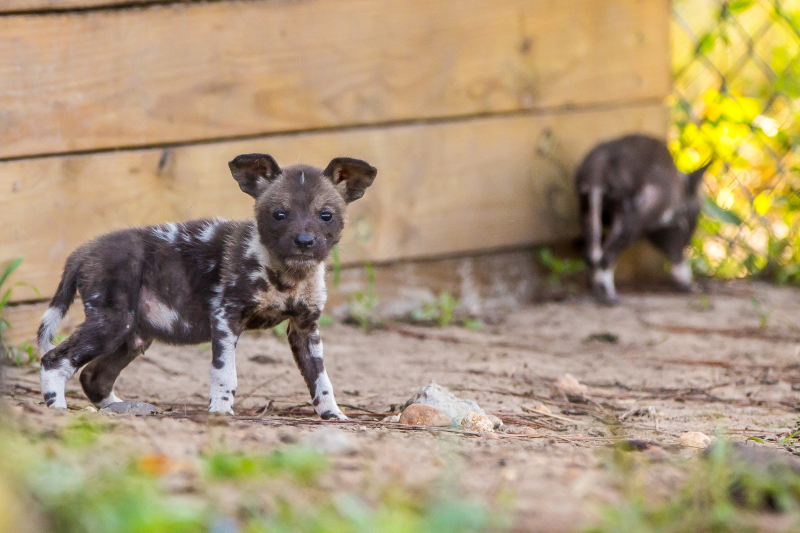 ZooTampa at Lowry Park has been celebrating the births of seven rare African Painted Dog pups. The multi-colored pups are the first of this endangered African species to be born at the Zoo. They also are the first pups born to the parents, Layla and Hatari, who both arrived at the Zoo earlier this year as part of a collaborative species conservation program.

Also called African Wild Dogs (Lycaon pictus), the species is native to sub-Saharan Africa. They are currently classified as “Endangered” by the IUCN. The global population is currently less than 6,600 and still declining due to human conflict, habitat fragmentation and widespread diseases such as rabies and distemper.

“We are one of only a few zoos playing as leading role in the work to save the charismatic African Painted Dog. The birth of these pups is a significant step in helping save the population that is under severe threat,” said Dr. Larry Killmar, senior vice president and chief zoological officer at ZooTampa at Lowry Park. “When we welcomed Layla and Hatari to our zoo, our hope was for a healthy litter that will be part of AZA’s African Wild Dog Species Survival Plan (SSP) designed to help to save this important species.” 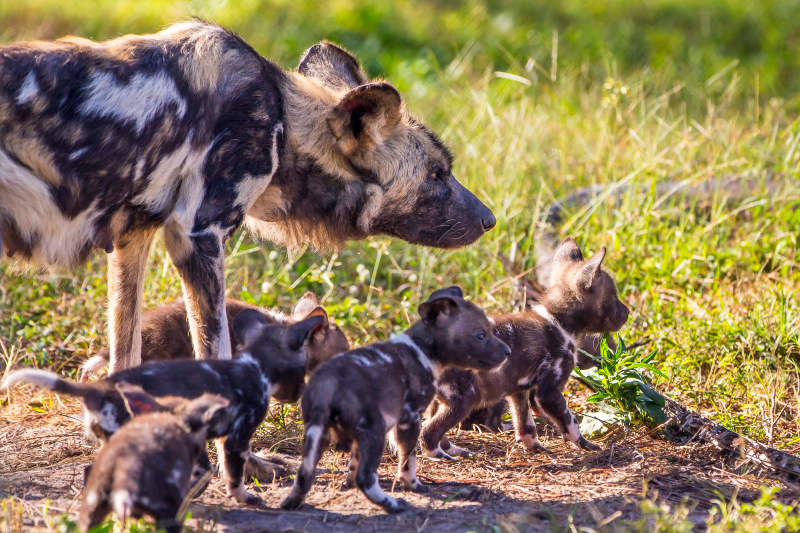 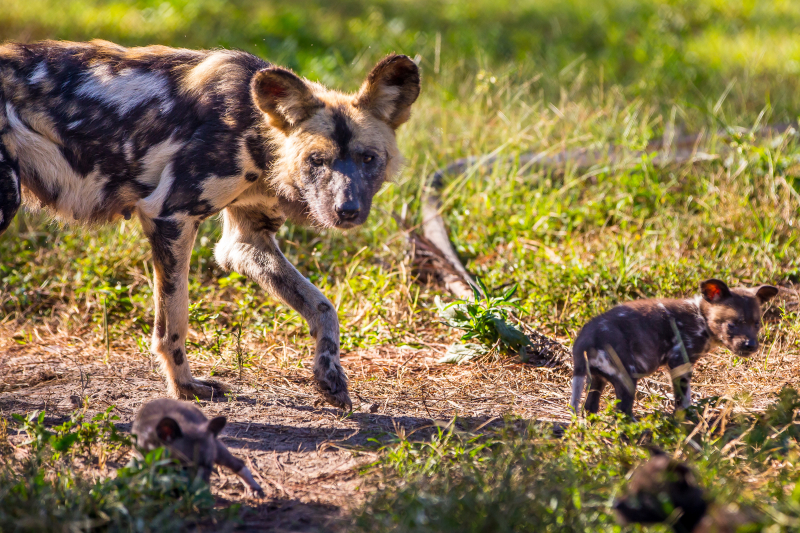 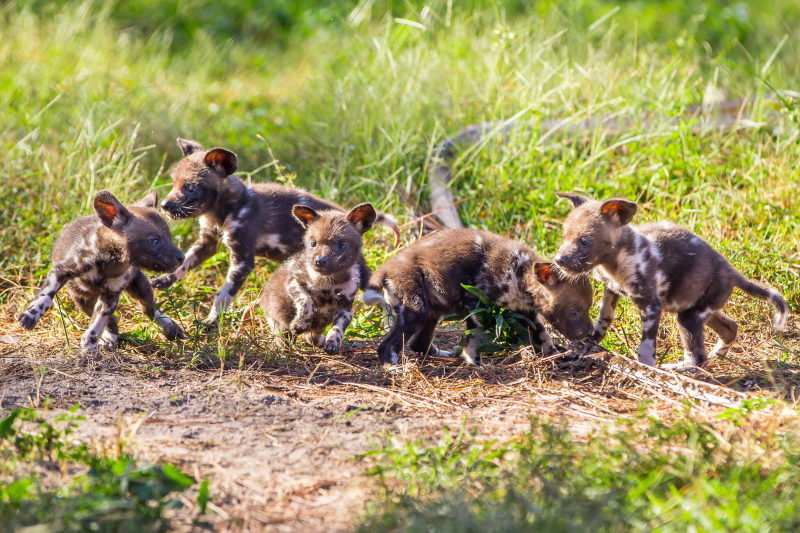 The pups will stay close to their mother for the next three to four weeks before leaving their den. As the colorful pups get bigger and more independent, visitors can watch them grow up at the zoo and learn about what the ZooTampa is doing for this and other endangered animal species. 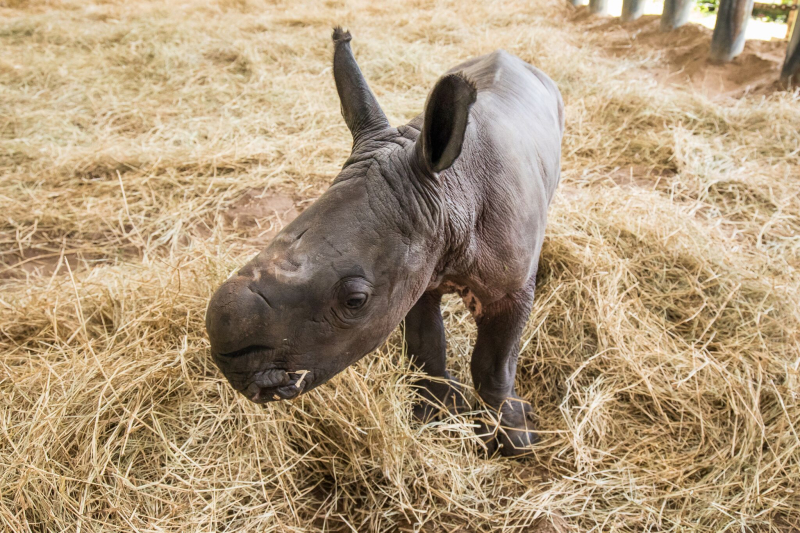 After bonding with mom, the calf will be introduced to the rest of the herd. As the herd grows, animal care professionals continue to deliver high-quality care for the Rhinos’ physical health and well-being.

“ZooTampa is deeply committed to the species’ continued survival, both at home and beyond. “Every birth brings hope to the continued conservation of this incredible species.” said Chris Massaro, General Curator at ZooTampa.

The Zoo participates in the Association of Zoos and Aquariums (AZA) Rhino Taxon Advisory Group (TAG), which includes the Southern White Rhino Species Survival Plan (SSP). Over the past 20 years, ZooTampa has contributed $100,000 to conservation projects, such as anti-poaching and habitat repair and restoration efforts in Africa. 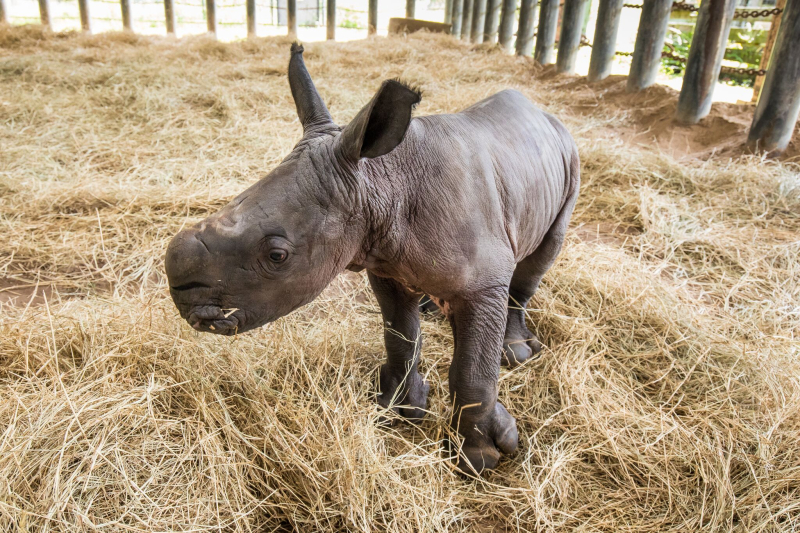 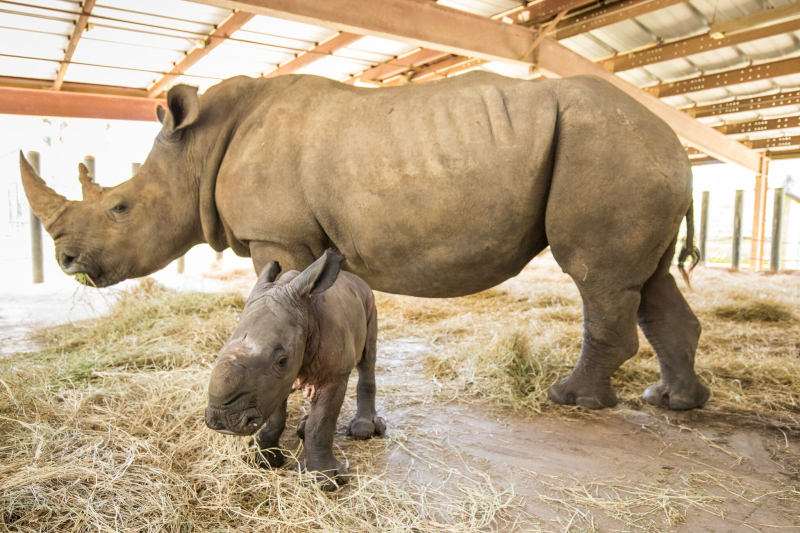 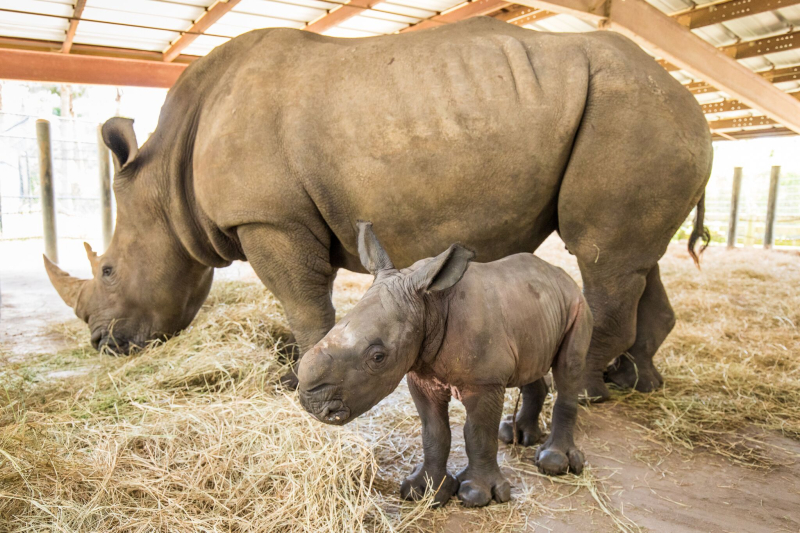 The majority of Southern White Rhinos (Ceratotherium simum simum) live in just four countries in Africa: Kenya, Namibia, South Africa and Zimbabwe. Their unique body is characterized by a pronounced hump and two horns at the ends of its muzzle, used to defend against its predators and establish social dominance.

This birth is a welcome addition to the population of wildlife that relies on human care. Record numbers of rhinos have been killed by poachers due to the high demand for keratin, a protein found in rhino horn that is believed to have medicinal properties.

Litter of Red Wolf Pups Emerge from Their Den 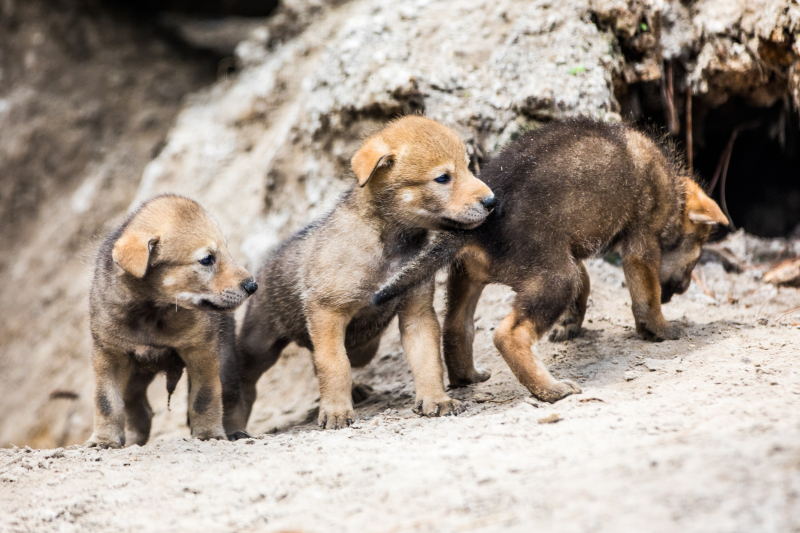 ZooTampa at Lowry Park visitors may now be able to see a litter of new Red Wolf puppies, which are the most critically endangered Wolf species in the world!

The successful birth of four Red Wolf pups is an important addition to the populations of this rare Florida species, and they are the first Red Wolf births at the zoo since 1993.

Born in late April, in a natural den dug by their mother, Yona, the pups are living much as they would in the wild. A newly designed habitat allows guests to be part of the experience as the pups grow and emerge from their den. Zoo animal care staff and veterinarians have seen the pups snuggled up by Yona’s side, and the zoo team plans checkups for the pups in the coming weeks. 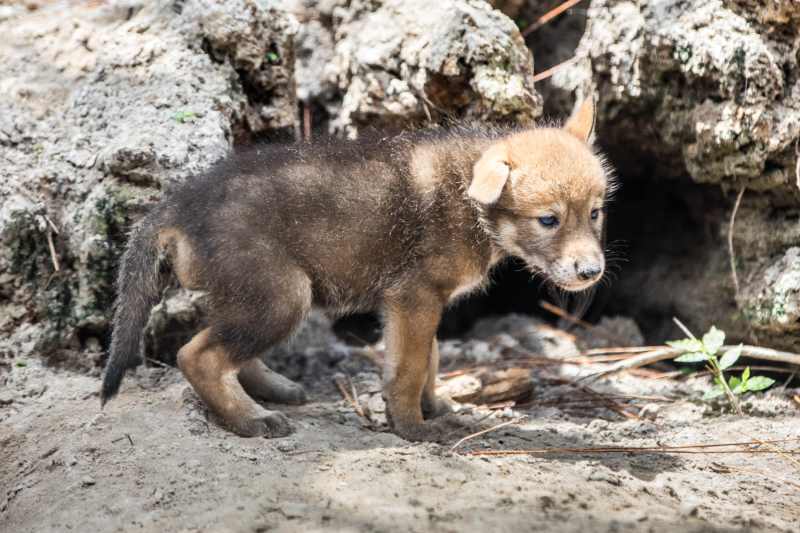 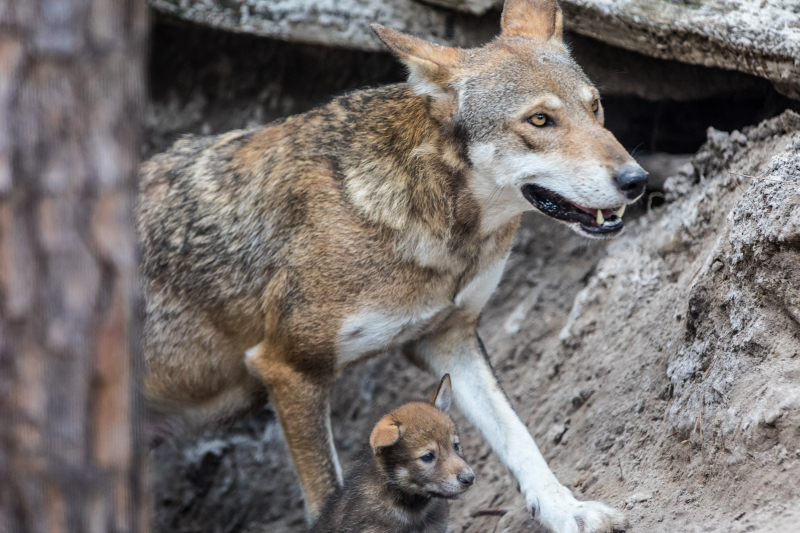 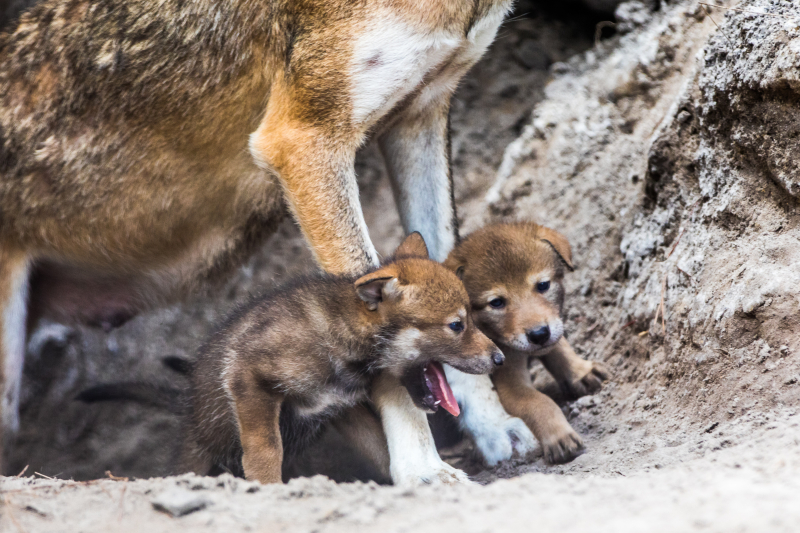 Red Wolves (Canis rufus), the rarest of all Wolf species, are native to Florida and once roamed throughout the Southeast. Today, they are classified as “Critically Endangered” by the IUCN, with only around 200 Red Wolves remaining in zoos and reintroduction areas.

Wolves were hunted by ranchers, to near extinction, for fear they would attack livestock. As part of the Association of Zoos and Aquariums’ Species Survival Plan (SSP), ZooTampa is helping to ensure the Red Wolf population can continue despite serious threats to those in the wild.

“The birth of these Red Wolf pups represents a significant milestone for this species,” said Dr. Larry Killmar, the Zoo’s Chief Zoological Officer. “The success of this litter is encouraging and represents hope for the future of these incredible animals. Yona is caring for her pups in public view, which shows how comfortable and well cared for she feels.”

In addition to its Red Wolf program, ZooTampa leads in the caring, rescue and rehabilitation of several of Florida’s threatened and endangered animals, including Panthers, Manatees and Key Deer. 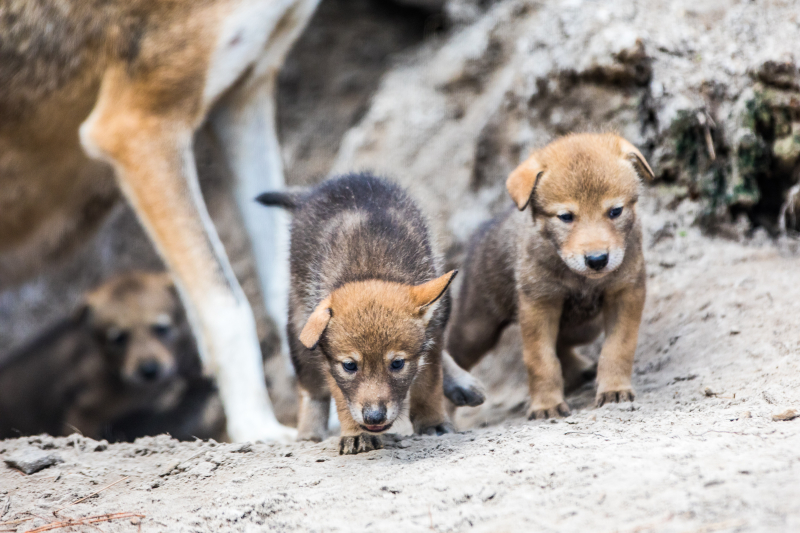 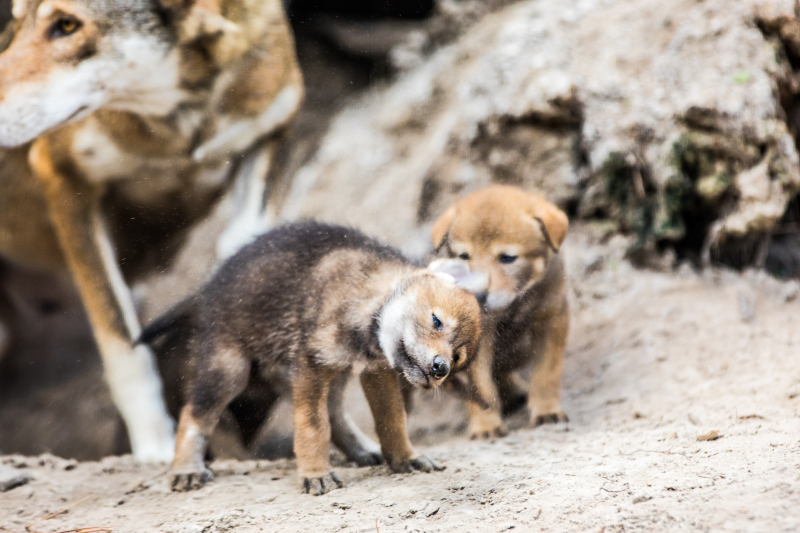 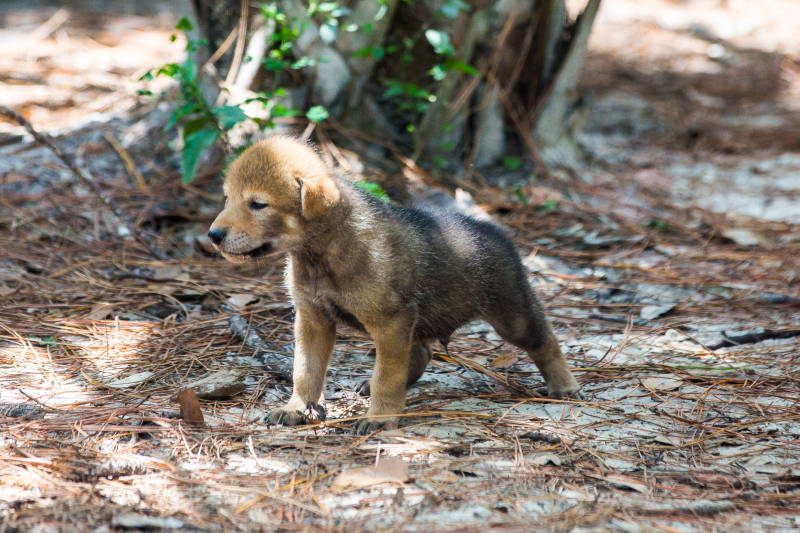 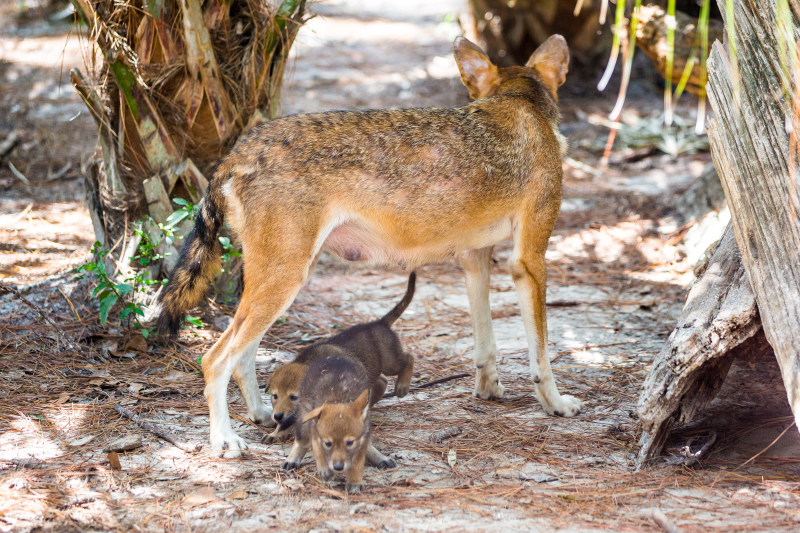 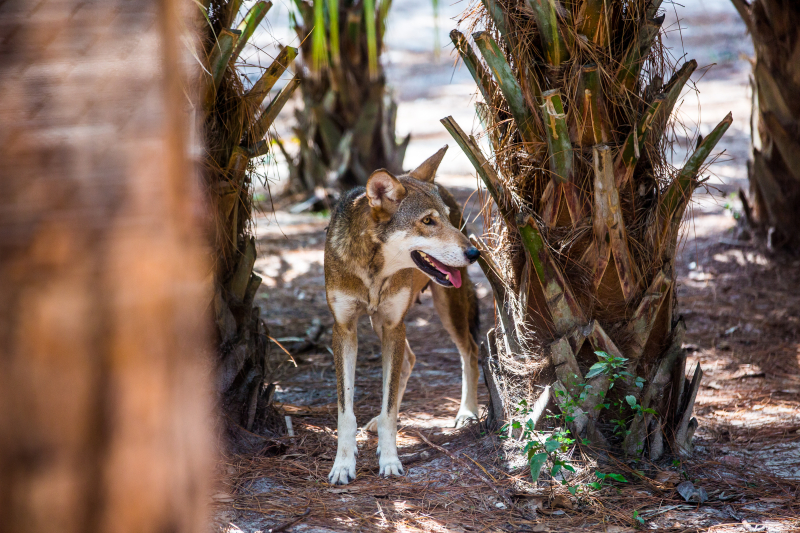