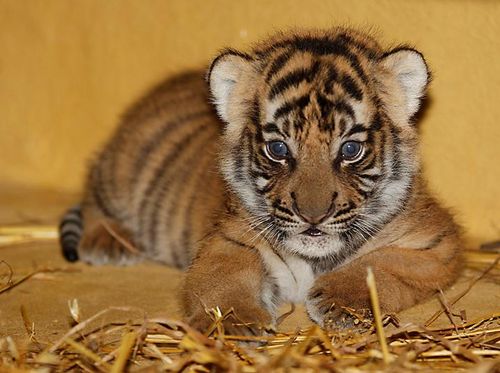 On June 21, a Malayan Tigress named Cindy gave birth to three healthy cubs at Zoo Halle in Germany. Pictured at four weeks old and as newborns, the cubs have recently opened their bright blue eyes and are starting to take their first uncertain steps. For now, they are living behind-the-scenes for some special bonding time with their mother. In about three to four weeks, the cubs will receive their first vaccinations and venture out onto the grounds in sight of visitors. For now, a Tiger cam has been installed to stream live video to a monitor on exhibit at the zoo. 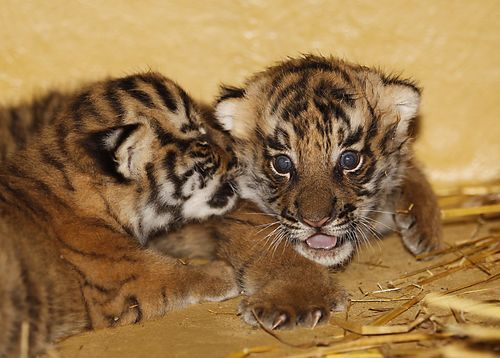 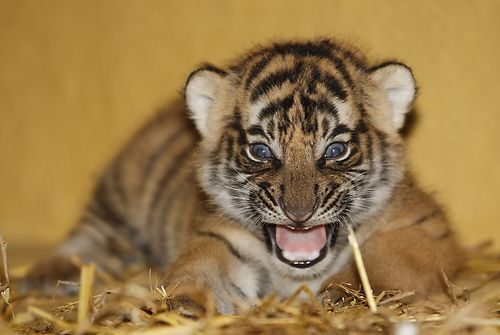 This is Cindy's fourth litter, and the seventh litter for the father, Sompon. The two make a very successful breeding pair, a great boon for this particularly endangered subspecies of Tiger.  Especially after the zoo's tragic loss of a Tiger named Girl in January - the first Tiger in the world to live successfully with an artificial hip for over two years - this litter is very exciting news.

See photos of the cubs as newborns after the fold!