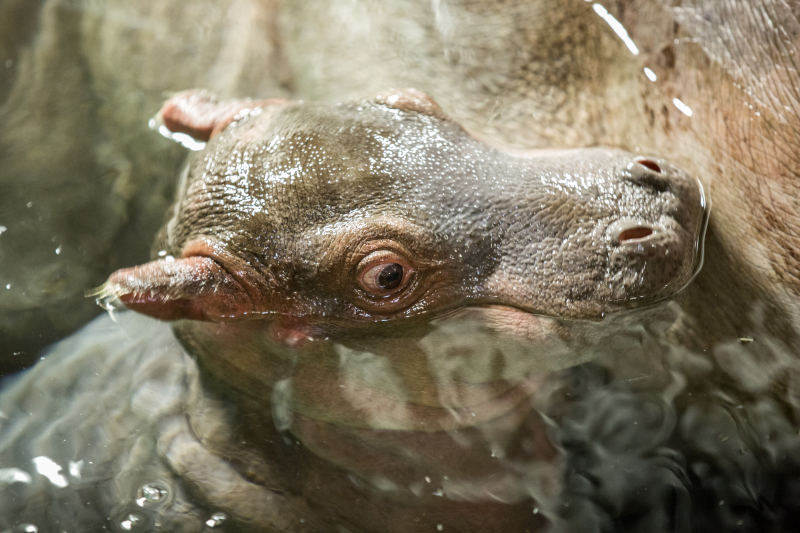 Zoo de Granby recently celebrated the birth of a baby Hippo on February 27.

The new calf is the 17th Hippo born at the zoo since 1973, and this is mom Polita’s sixth offspring. Polita arrived at the Canadian facility in July 2000 from Disney’s Animal Kingdom and is almost 20 years old.

The reproduction of the Hippopotamus is one of the great successes of the Granby Zoo. Since the arrival of the first two Hippos, Patriarch and Mermaid, the young ones have succeeded each other. With this new birth, Zoo de Granby is a proud participant in the conservation and protection of this animal species. 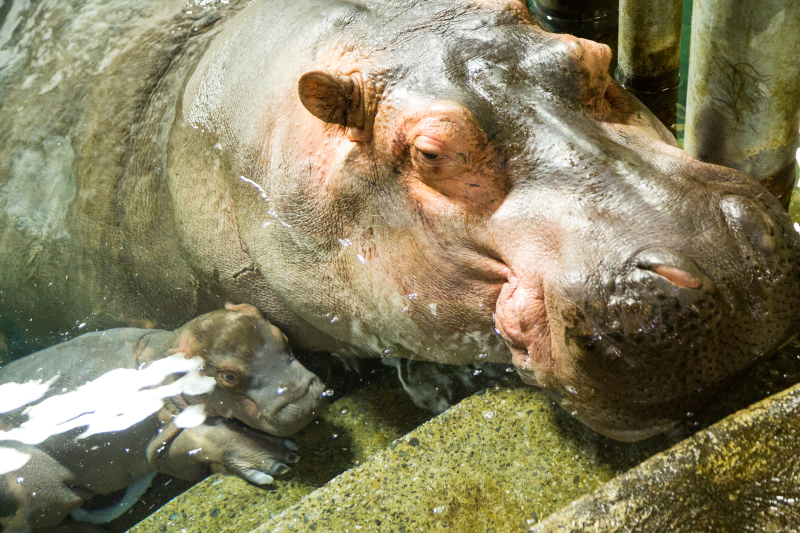 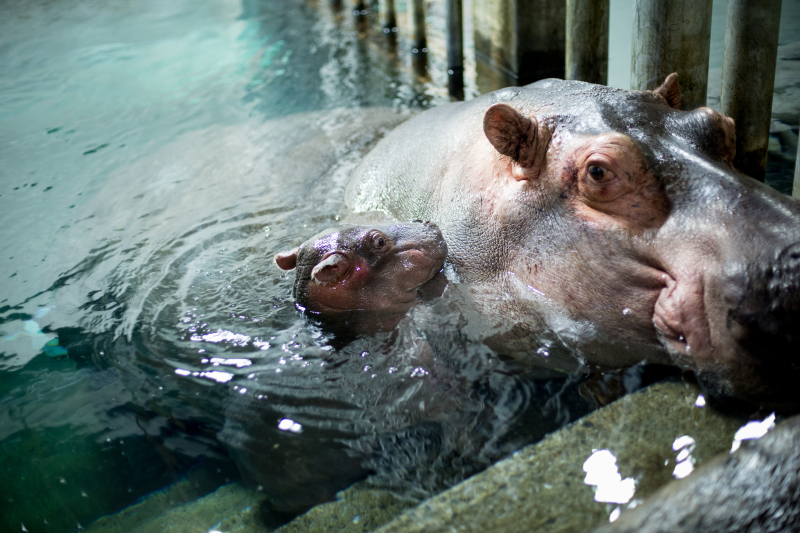 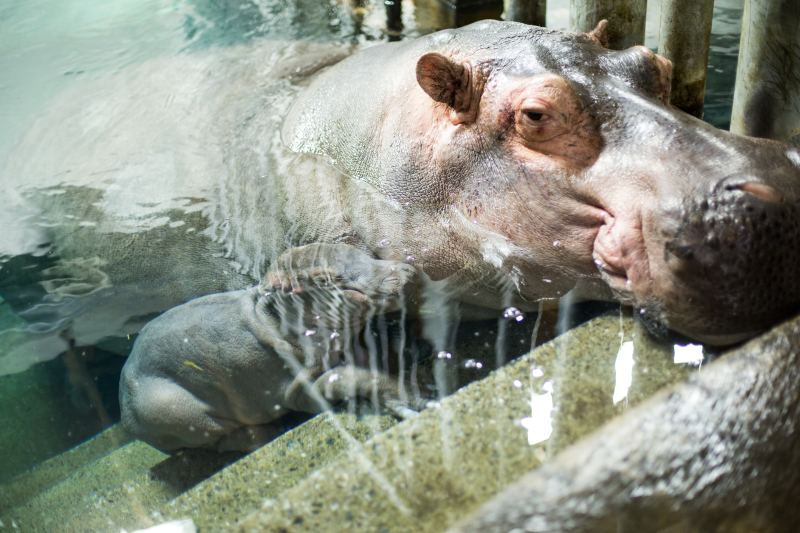 The Common Hippopotamus (Hippopotamus amphibius) is a large, mostly herbivorous mammal native to sub-Saharan Africa. It is one of only two extant species in the family Hippopotamidae, the other being the Pygmy Hippopotamus (Choeropsis liberiensis or Hexaprotodon liberiensis).

The Common Hippopotamus is also semiaquatic, inhabiting rivers, lakes and mangrove swamps. During the day, they remain cool by staying in the water or mud; reproduction and childbirth both occur in water.

A mother typically gives birth to only one calf, although twins can occur. The young often rest on their mothers' backs when the water is too deep for them, and they swim under water to suckle. They also suckle on land when the mother leaves the water. Weaning starts between six and eight months after birth, and most calves are fully weaned after a year.

As of 2008, the species was classified as “Vulnerable” on the IUCN Red List (International Union for the Conservation of Nature).

The Granby Zoo is proud, with this new birth, to participate in the conservation and protection of this species. 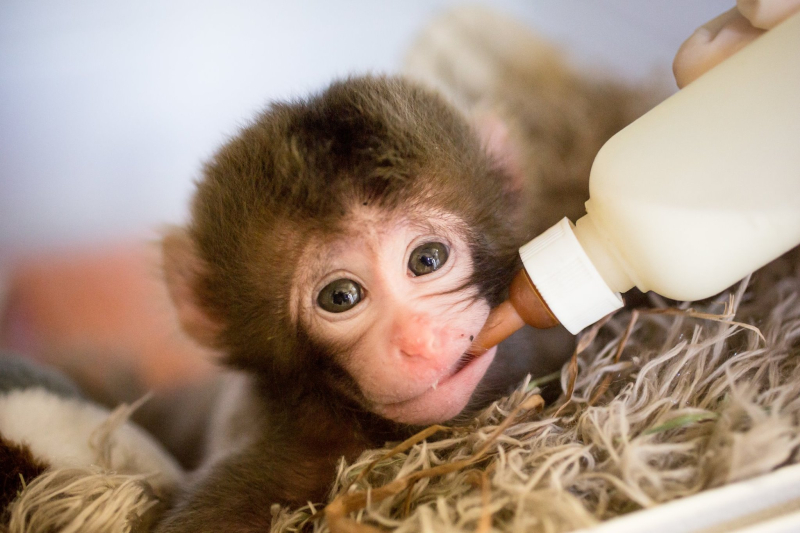 Keepers at Zoo de Granby had a small, yet big, surprise last month. In the middle of June, they discovered a female Japanese Macaque baby in the exhibit.

Keepers, on their morning rounds, were first alerted to the newborn by her screeches. The mother had rejected and abandoned the small monkey, so staff quickly intervened and placed the baby in an incubator.

The wee one was recently given the name Kimi and has been carefully tended by keepers for the past four weeks. She will remain off-exhibit until old enough to join the Zoo’s troop.

Kimi is also the first Macaque to be born at Granby in ten years!