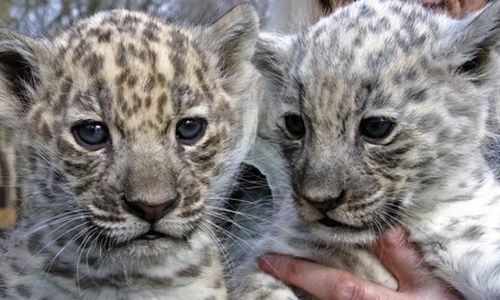 These two white Jaguar twins were born at the Aschersleben Zoo in East Germany on January 18 and 19. They are now venturing outside with their mother. There's a special story behind these two, if the fact that they are white isn't sepcial enough. Their parents are rather old, and so this pregnancy was quite unexpected. To top it off, the cubs had open eyes from birth, which is normally not the case.

Their father Mescal has a typical spotty tan and black coat, and 13-year-old mother Polly is jet black. The youngsters are currently white with pale grey markings, which is highly unusual, but it is not known how their color will change as they continue to grow.

Jaguars are found on the American continents. They live in Texas, Arizona, Southern California and New Mexico in the US and in the rain forests of Central and South America. They feed on a wide range of terrestrial and aquatic animals - two of which are cattle and sheep, a reason why they are killed by men. While this is one of the most fierce of the big cats, a jaguar seldom attacks human beings unless it's cornered. People also hunt the jaguar for it's beautiful pelt,as well as sport, making the jag endangered. Additionally, the population has declined over the last 100 years because much of their forest and grassland home range in Central and South America has been destroyed to make way for cities. In the US, habitat destruction has been due to logging and cattle ranching, which did double damage by removing their sources of food. 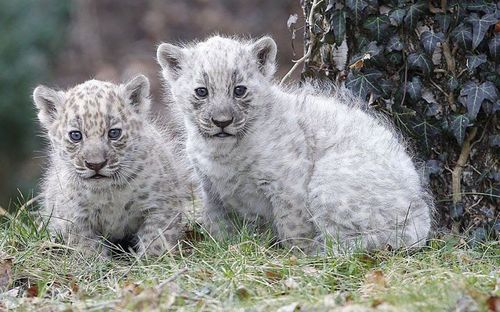 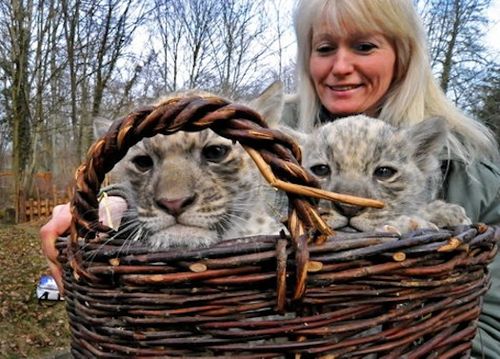 The video narration is in German, but has great footage.

This story continues after the jump: