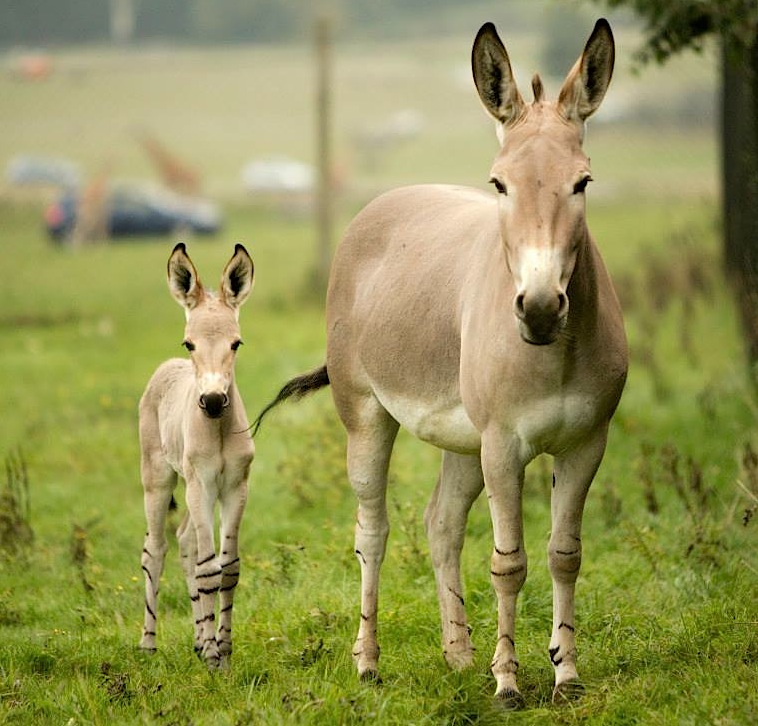 For the first time ever at Woburn Safari Park in England, not just one, but three critically endangered Somali Wild Ass foals have been born. Their keepers are extremely pleased to see these healthy and lively foals join the animals in the Road Safari drive-through reserves.

Five year-old Ira is mother to the first foal, shown in the photos. She came to Woburn from a collection in Switzerland. She is extremely protective of the male foal, and is keeping the other two mares in the herd away from the youngster. Once she and her foal have bonded, she will let the other mares interact with him, but under her watchful gaze.

The baby boom continued as a second male foal was born on September 28 and a third arrived on October 4. The babies will all be named by keepers in the next few days. 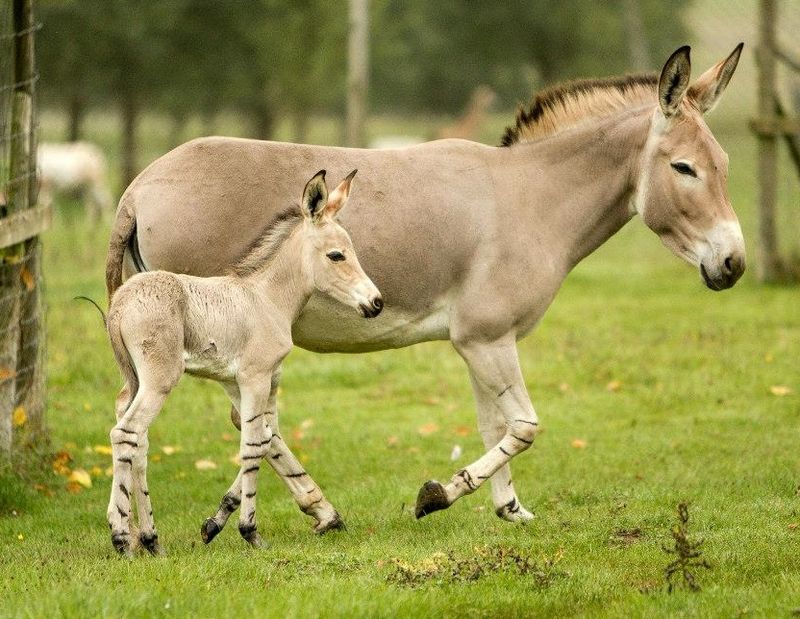 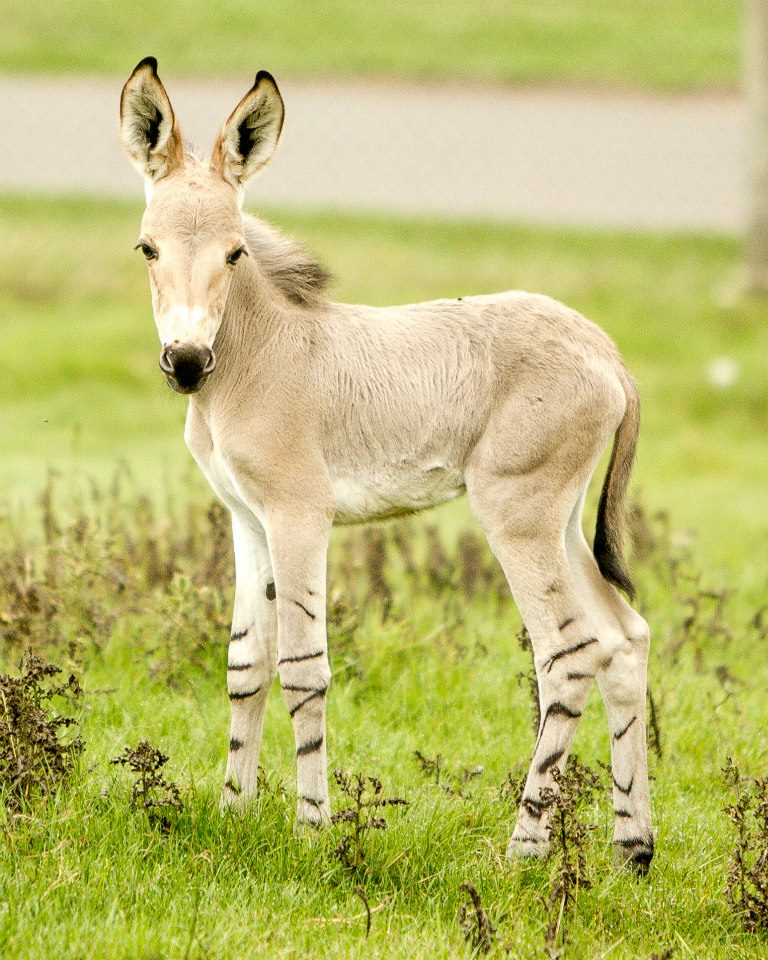 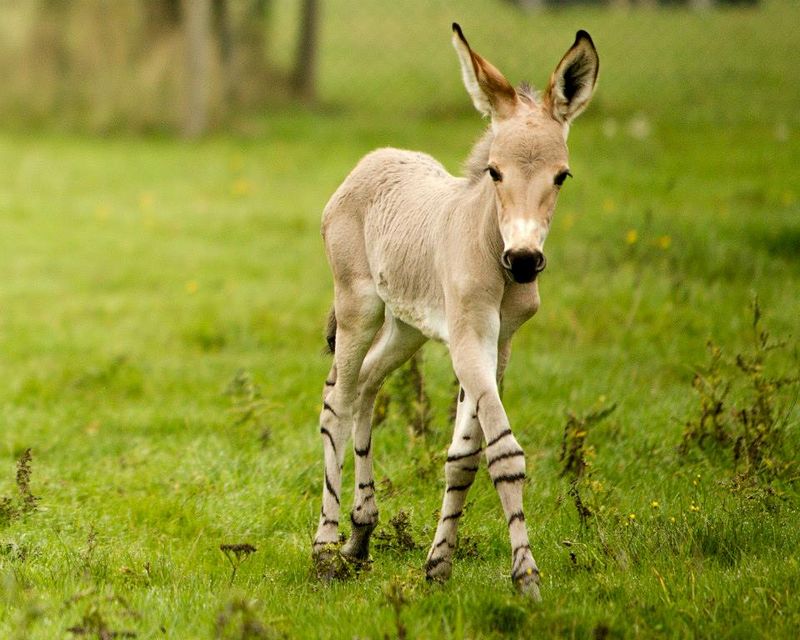 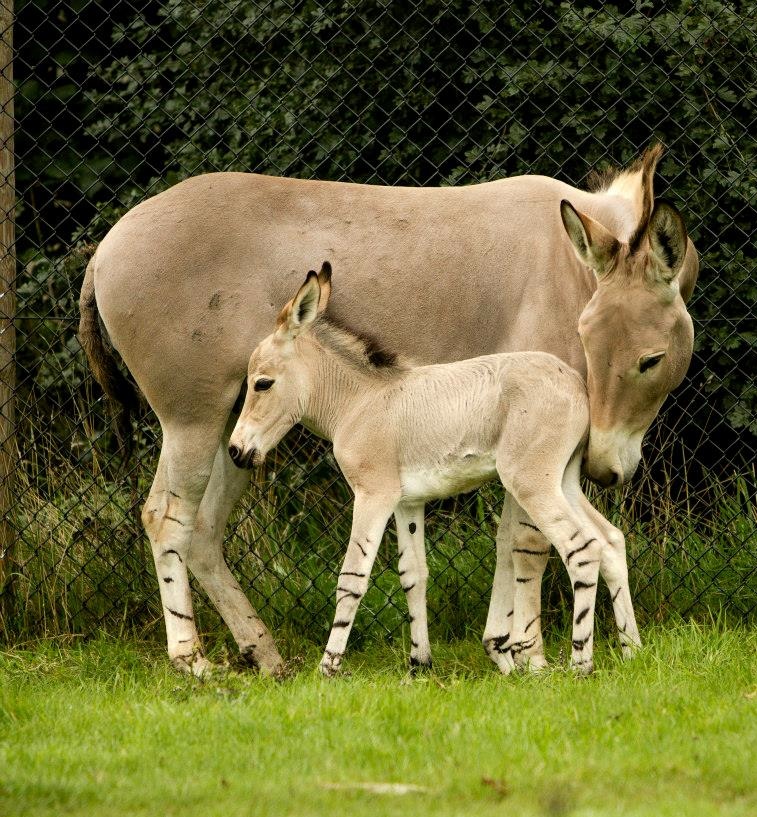 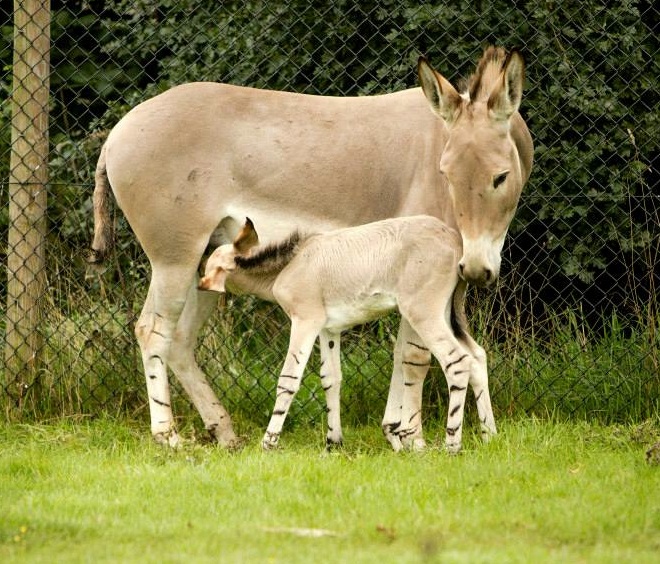 The sire of all three foals is named Simon, who is 18 years old and came to Woburn Safari Park from Poland in early 2012.  Since the gestation period for the Somali Wild Ass is 13 months, the foals were conceived very soon after his arrival. He is a really relaxed and calm stallion who enjoys a little fuss from the keepers.

The Somali Wild Ass is Critically Endangered, with  estimates at only 280-300 left in the wild. Breeding plans are overseen by the European Endangered Species Programme to carefully plan for the conservation and future of these beautiful animals. There are only two other zoo collections in the UK holding a breeding herd of Somali Wild Ass, which makes the arrival of these youngsters particularly important.