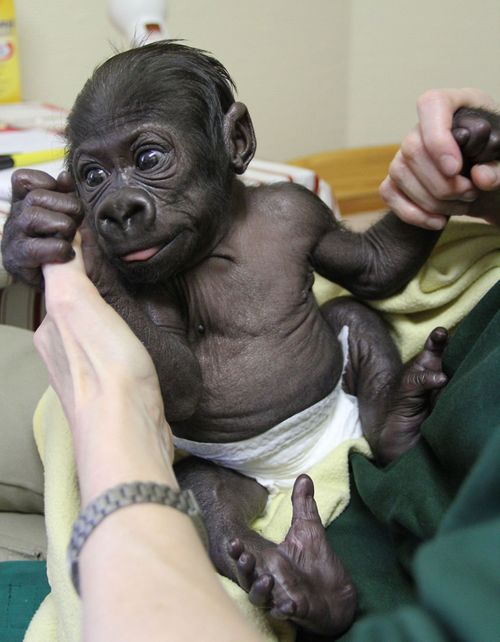 Recently, ZooBorns reported on Tano the infant Gorilla's move from Prague Zoo to Wilhelma in Stuttgart, Germany. Tano has successfully completed his quarantine period and beginning today, lucky visitors can view the tiny Gorilla between 11.30 and 12 Noon. Tano can also be seen during his feeding times, although there is no set time table for these.

For the past three weeks, Tano has been cared for around the clock by surrogate mothers nurses Bea Jarczewski, Margot Federer and Thali Bauer. For now, the most important things in this little Gorilla baby's life are sleep, warmth, body contact, cuddling, vocalization, and of course, milk when he is hungry! 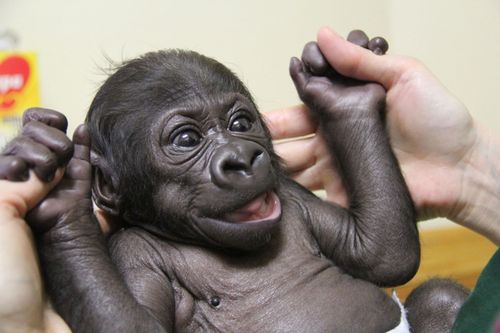 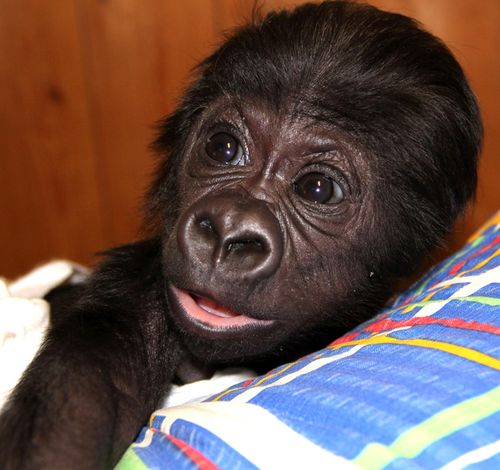 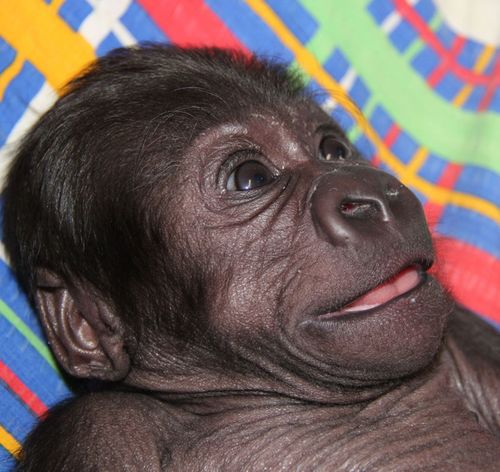 Tiny Tano Finds a Home After a Rocky Start 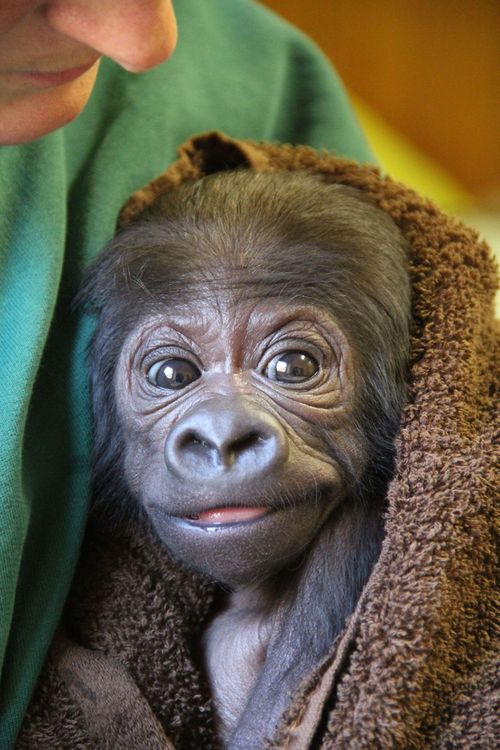 Wilhelma Zoo in Stuttgart, Germany is now home to Tano, a tiny baby Gorilla who was transported from his birth place in Zoo Prague just a week ago. His inexperienced mother Bikira was unable to care for him, so Zoo Prague moved him to Wilhelma in coordination with the European Endangered Species Programme. Tiny Tano is not a complete stranger to Wilhelma, he is the great-grandson of former Stuttgart gorillas Dina and Banjo. His mother Bikira was also hand raised at Wilhelma  from 1995 to 1998. Tano has been doing very well in his new surroundings so far, being expertly hand-reared by keepers, he is sleeping well and drinking plenty of milk. 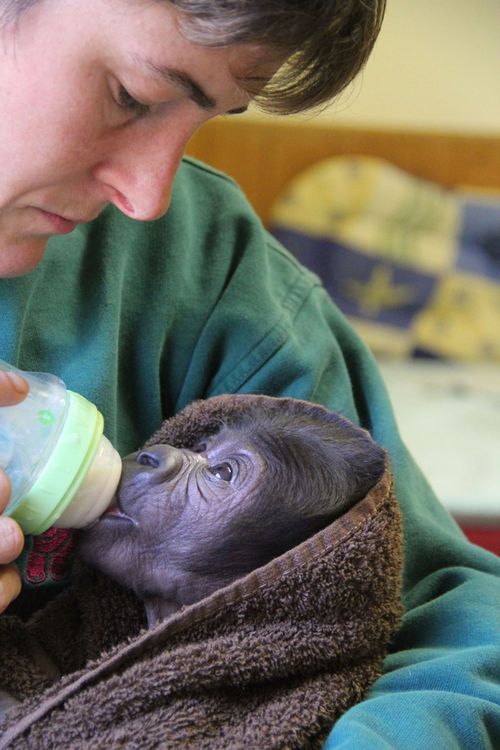 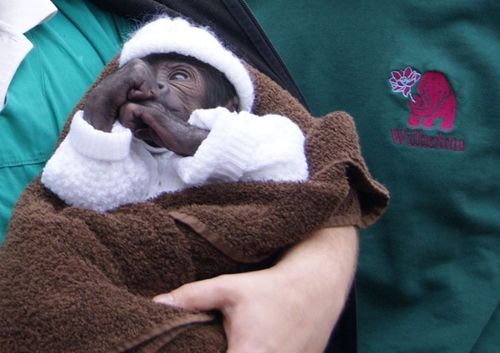 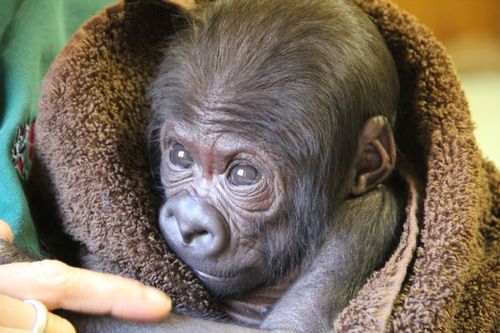 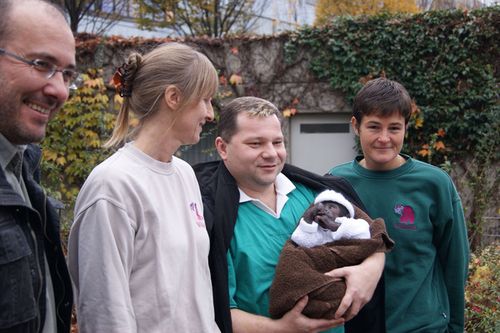 Listen closely for the tiny breaths Tano takes as he adjusts himself in his surrogate mother's arms in this video below.

It's been quite a start to life for little Tano.  While at Zoo Prague, keepers rushed him to an incubator because without the body warmth of Bikira, he would not have survived. Attempts were made to return him to his mother's arms. Sadly, these were unsuccessful. In order to ensure the infant's survival, hand-rearing was the only option. The combination of round the clock care, a hot water bottle and a fur cloth as well as a device to mimic the beating of a gorilla mother's heart are all employed to ensure as normal an infancy as possible under the difficult circumstances.

There are a number of short videos and another picture beneath the fold...

In breaking baby gorilla news, 6-month-old Claudia has moved from Germany's Allwetter Zoo to the Wilhelma Zoo. The change comes as the baby's mother Gana passed away in January, leaving behind no suitable surrogate. Representatives from the Allwetter Zoo assured us that, despite their sadness over losing Claudia, they couldn't hope for a better home than the Wilhelma Zoo nursery. 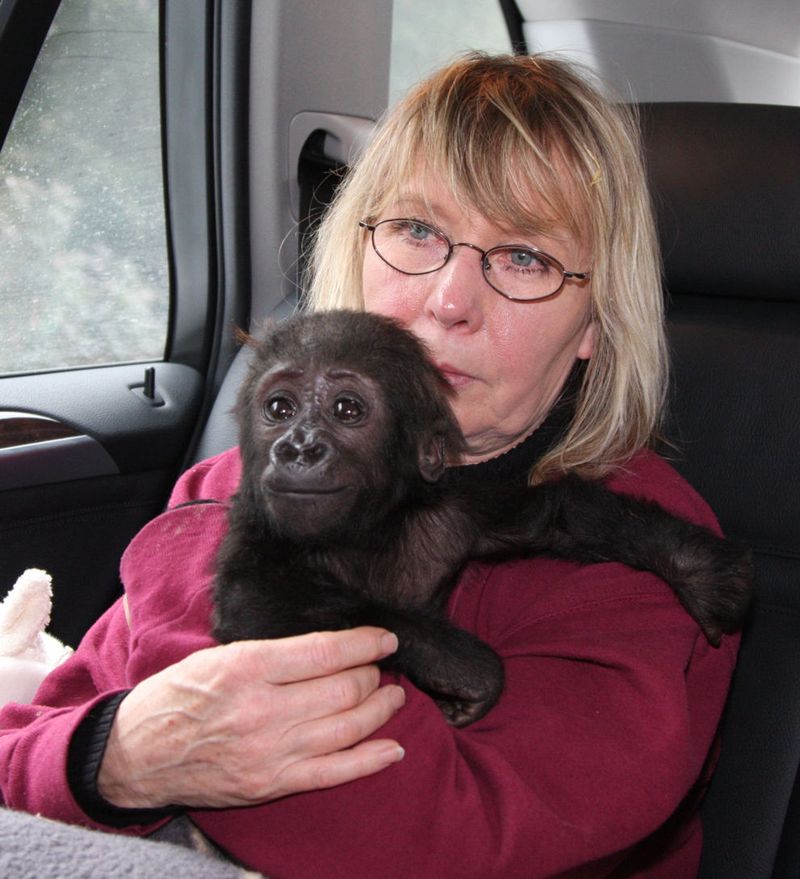 Claudia clearly called "shotgun" for her first ever roadtrip cross-country! 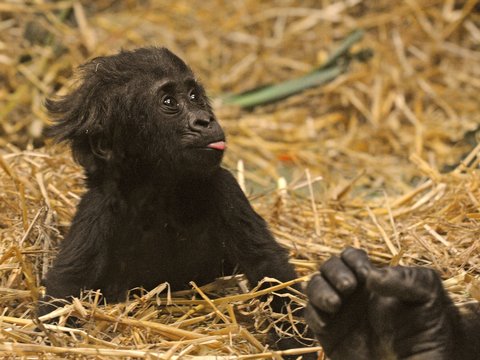 Claudia in her element at the Allwetter Zoo, shortly before departing for Wilhelma. 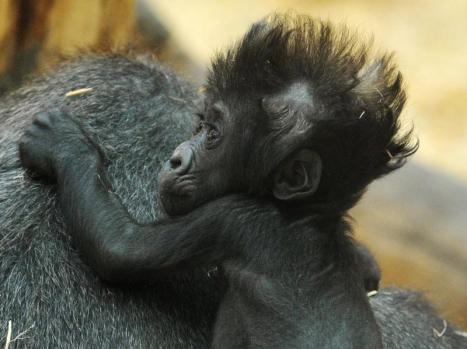 Baby Gorilla at the Wilhelma Zoo

We brought you pictures of Upala, the baby gorilla at the Wilhelma Zoo, a few weeks back. Now we check back in to see their newest newborn gorilla, 8 week old Mary Zwo.

Upala the Baby Gorilla at the Wilhelma Zoo

These adorable photos and related information come to us from photographer Volker Wurst. 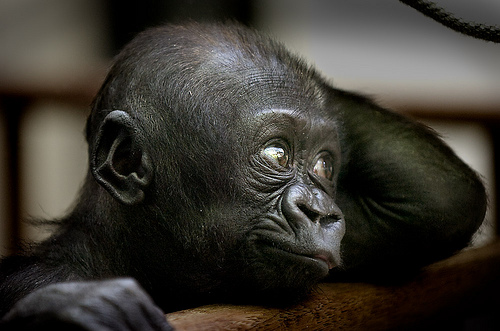 Upala is none too pleased about this weekend coming to an end... 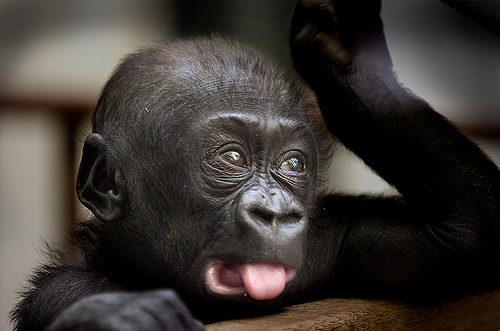 "Upala is a little Gorilla boy who was born at the Heidelberg Zoo about half a year ago. Unfortunately, his mother didn't care enough for him and didn't protect him from attacks from his half-brother. Therefore, the zoo team at Heidelberg decided to give Upala to the Wilhelma zoo, as they are very experienced here in helping young apes (Upala is the 57th gorilla baby who is raised in the Wilhelma Kindergarten). He arrived at the Wilhelma on Nov, 18th."

We thought it was time for a polar bear cub... and we didn't have to look back far. Little Wilbaer was born at Stuttgart's Wilhelma Zoo this past March and boy does he fit the bill. Looks like the Wilhelma Zoo recognized his potential as well, because they trademarked his name! 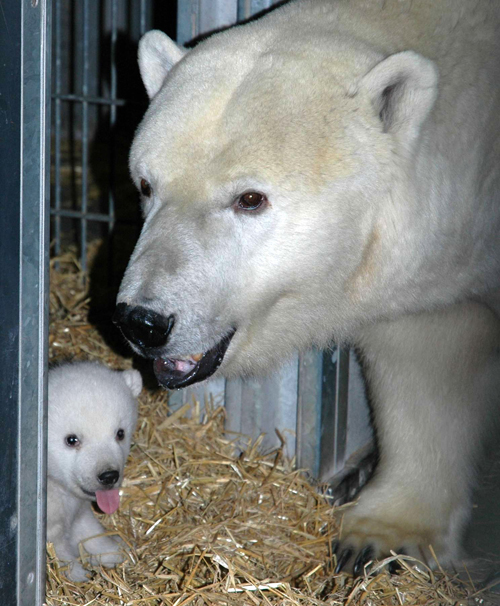