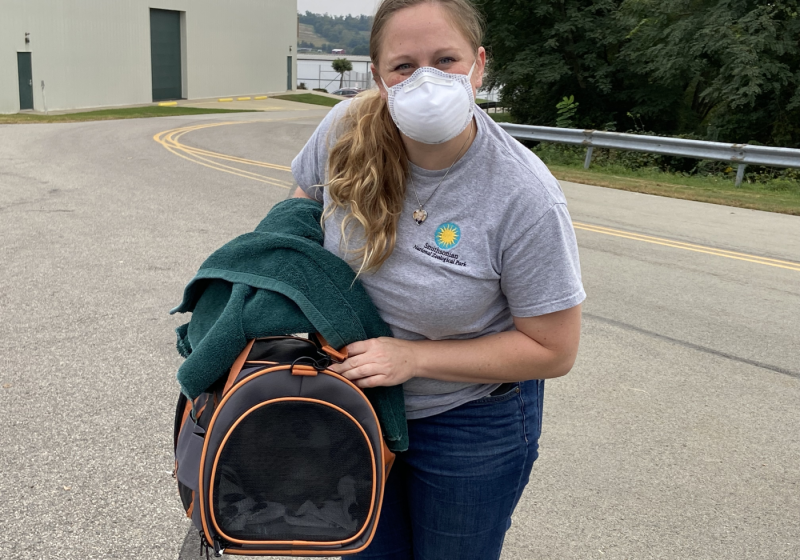 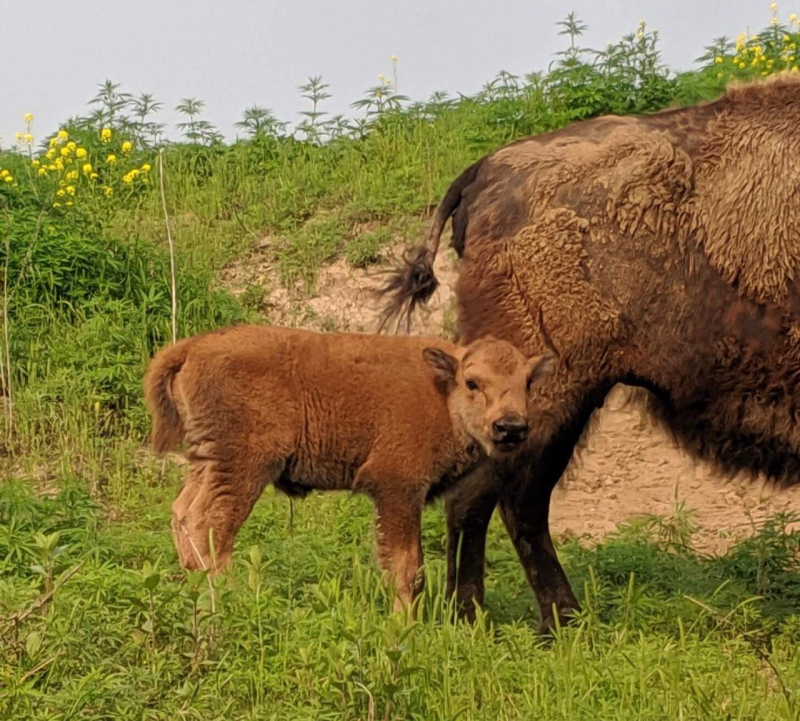 The Bison herd at Wildlife Safari Park in Ashland, Nebraska grew this summer. A calf was born on May 27 and visitors can now see the auburn-colored calf roaming the ‘Bison Plains’ with mom and the herd. 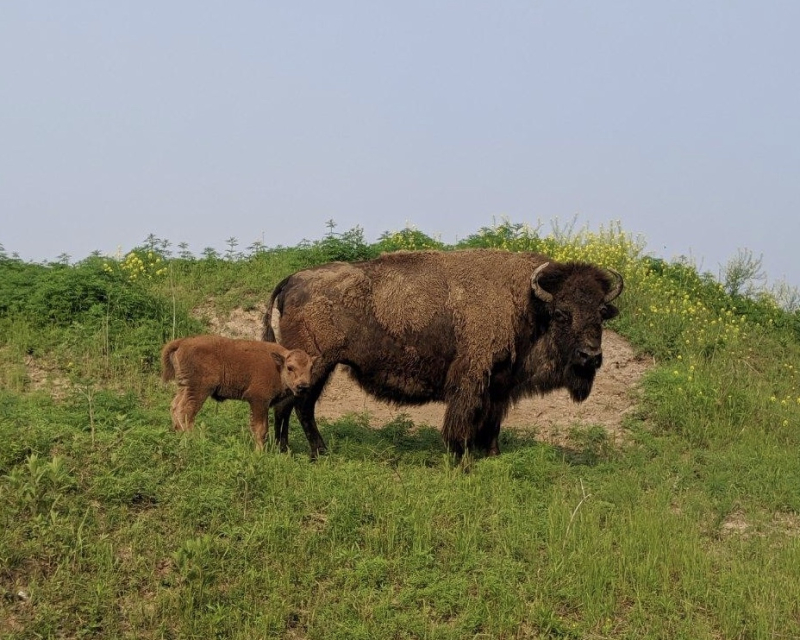 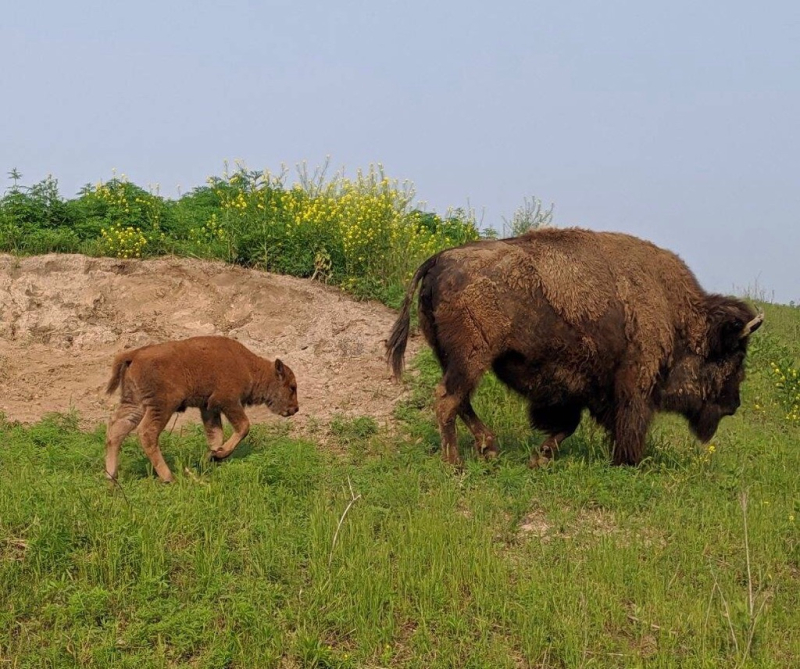 Since its opening in 1998, Wildlife Safari Park has played a key role in conserving Bison and educating the public about the critical challenges impacting the native species—the national mammal of the United States. Wildlife Safari Park currently has 33 Bison, including the new calf.

Wildlife Safari Park offers four miles of drive-through North American wildlife viewing from the comfort of your own vehicle. Wildlife Safari Park visitors can see a variety of animals in their natural habitats, including more than 60 American Elk spread across the 50-acre Elk Meadow and a 10-acre wetlands area with American White Pelicans. Visitors can explore the newest exhibit, Prairie Dog Town, and see other animals, such as: White-tailed Deer, Trumpeter Swans, Sandhill Cranes and Whooping Cranes (who came to Wildlife Safari Park this past April).

Visitors can take advantage of the nice weather and explore two miles of hiking trails, which pass Wolf Canyon, home to six grey wolves and three American black bears. At the Hands-on-Corral, kids of all ages can interact with their favorite farm animals, such as pygmy goats and chickens. 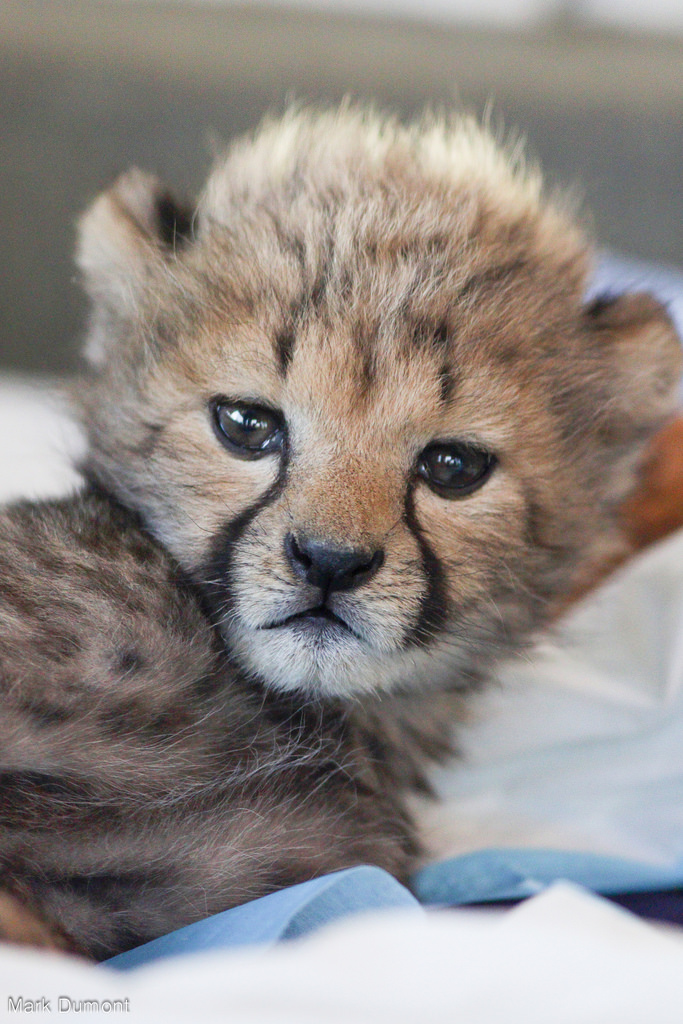 Four Cheetah cubs in the Cincinnati Zoo’s nursery now have a brother from another mother:  A lone Cheetah cub, just 12 days older than the zoo’s litter of four, arrived in Cincinnati from Oregon’s Wildlife Safari after his mother was unable to care for him. 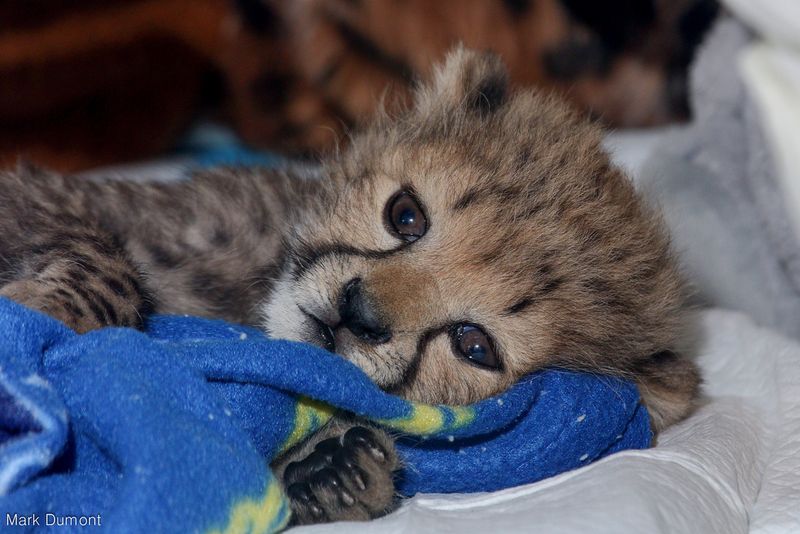 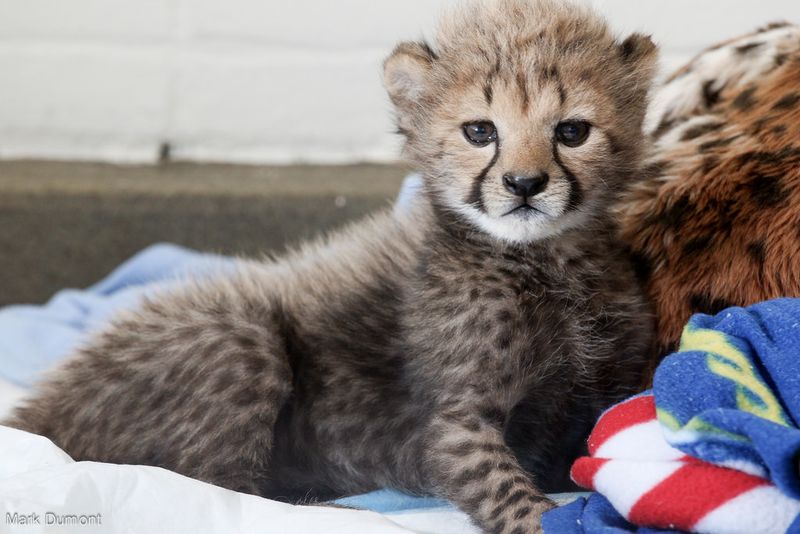 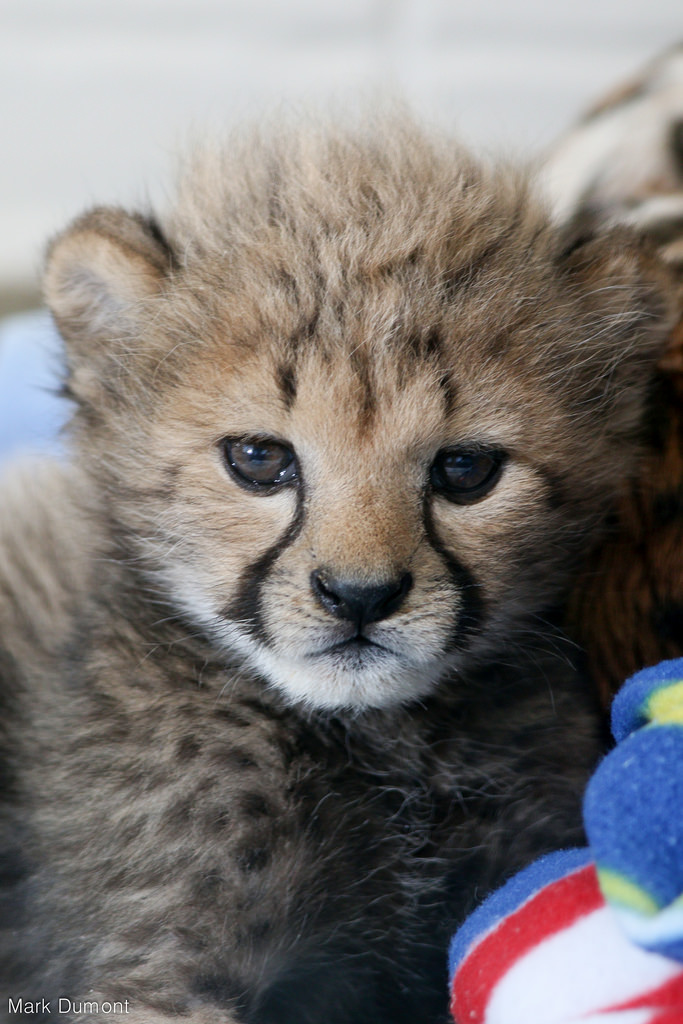 Wildlife Safari and the Cincinnati Zoo, both members of the Cheetah Breeding Center Coalition (BCC), agreed that it would be beneficial for the single cub to join the four cubs being cared for in the zoo’s nursery.  “Socialization and companionship, ideally with other Cheetahs, is important at this age,” said Christina Gorsuch, Curator of Mammals at the Cincinnati Zoo.

Because the four premature cubs in the Nursery are still receiving critical care, it will be a week or two before they’re introduced to the bigger cub.  “He’s stronger and much larger than the other cubs.  We will supervise initial visits and ease him into the mix,” said Gorsuch.

All of the cubs will eventually become ambassadors for their species. Two males will move to another zoo and the others will remain in Cincinnati as part of the Cat Ambassador Program.

Nursery and vet staff are doing everything they can to help the cubs gain weight and make it past the critical one-month milestone. They will remain in the nursery for four to six more weeks.   Visitors may be able to view the cubs through the nursery windows, but some feedings and exams will take place behind the scenes.

Lion Cubs Show Their Playful Side 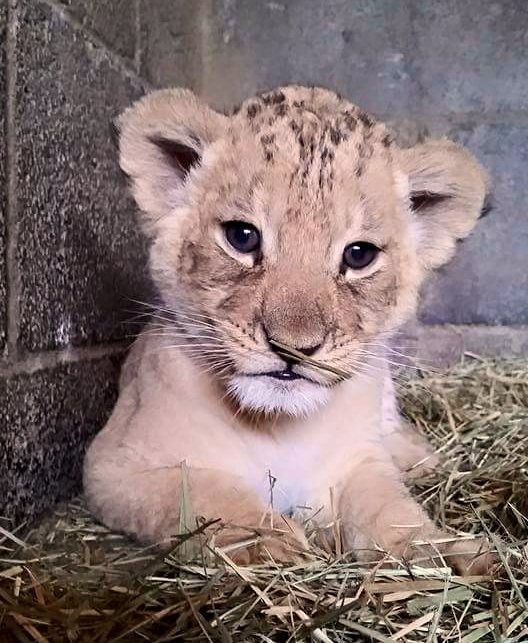 Four Lion cubs born June 8 at Oregon’s Wildlife Safari are showing off their playful side! 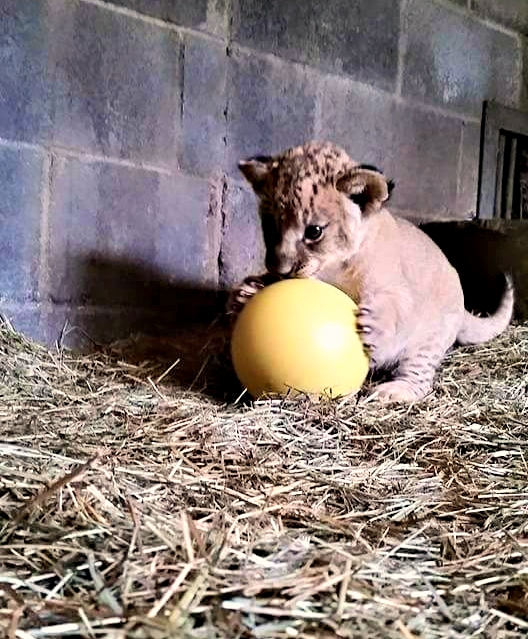 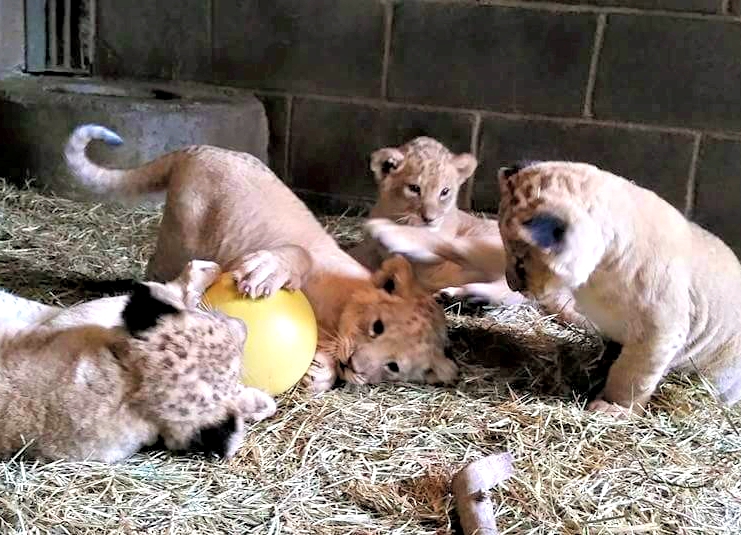 The cubs, three male and one female, have already more than doubled their birth weight, a sign that they are being well cared for by their one-year-old mother, Serafina.

Zoo keepers expect the cubs to emerge from their den in a few weeks, and the public will get a chance to see them in person at that time.

Once widespread across much of Africa, the Middle East, and southwestern Asia, Lions now live in fragmented populations in eastern and southern Africa.  Currently listed as Vulnerable by the International Union for Conservation of Nature, Lion populations are rapidly decreasing, with losses estimated at 30-50% every 20 years in the latter half of the 20th century.

Conservation organizations are using a variety of tactics to support the world’s wild Lions, including managed zoo breeding through the Species Survival Plan, protection of livestock to reduce retaliatory killings, and working with local people to protect lions through ecotourism.

Watch Pancake the Cheetah Play with Her Puppy Pal Dayo! A Cheetah cub, being hand-raised by staff at Wildlife Safari, was recently introduced to a companion that will, hopefully, change her life for the better! 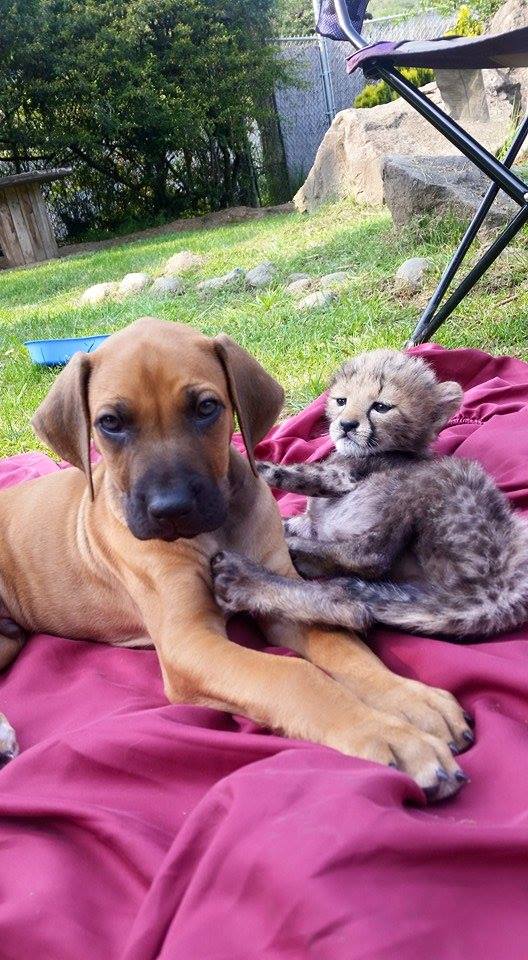 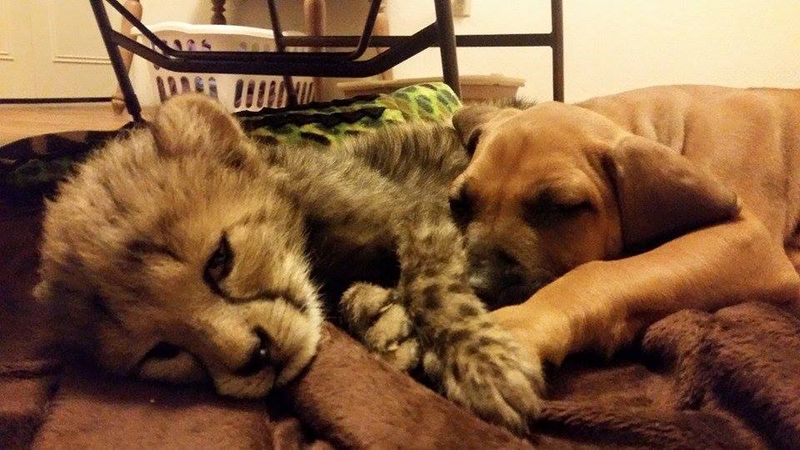 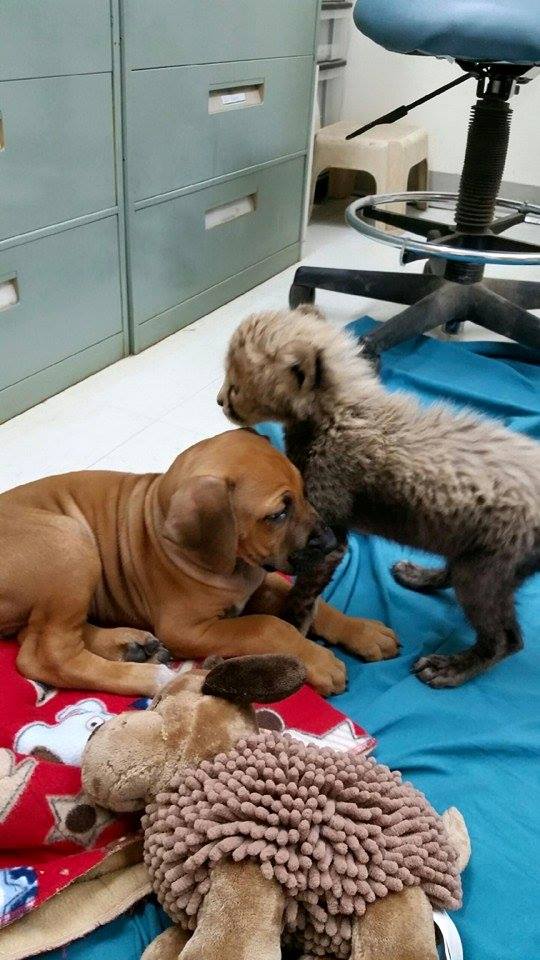 Wildlife Safari, in Oregon, excitedly welcomed the birth of the new Cheetah cub, on February 28th. She was born to dad, ‘Roble’ and mom, ‘Sage’.

Unfortunately, Sage was unable to produce enough milk to sustain the newborn. Safari staff explained that a mother Cheetah will sometimes abandon a single-born cub, for one of two reasons: the greater possibility of birthing a larger litter in the near future or inadequate lactation. Safari staff took Sage’s cub into their care, at a week old, and have been hand raising her, round the clock.

Because Cheetahs have a propensity to completely flatten themselves, while lying down, staff decided to honor this endearing quality by naming the new cub ‘Pancake’!  Pancake lived at the Safari’s nursery for the first few weeks of her life. After receiving her vaccinations, she was able to spend several weeks in the nursery of one of her keeper’s homes, where she worked on her socialization skills.

There have been plenty of humans to love and care for the cub, but Pancake needed a more comparable and permanent companion. So, on April 15th, ‘Dayo’ (which means “joy arrives”), a Rhodesian Ridgeback, made a trip from the San Francisco Bay area to Wildlife Safari, where the canine was introduced to his new foster sister, Pancake.

Dayo and Pancake share the same birthday, and they will be raised together, providing companionship for each other. They will also be partners in helping to spread the conservation message so vital to the animal community. 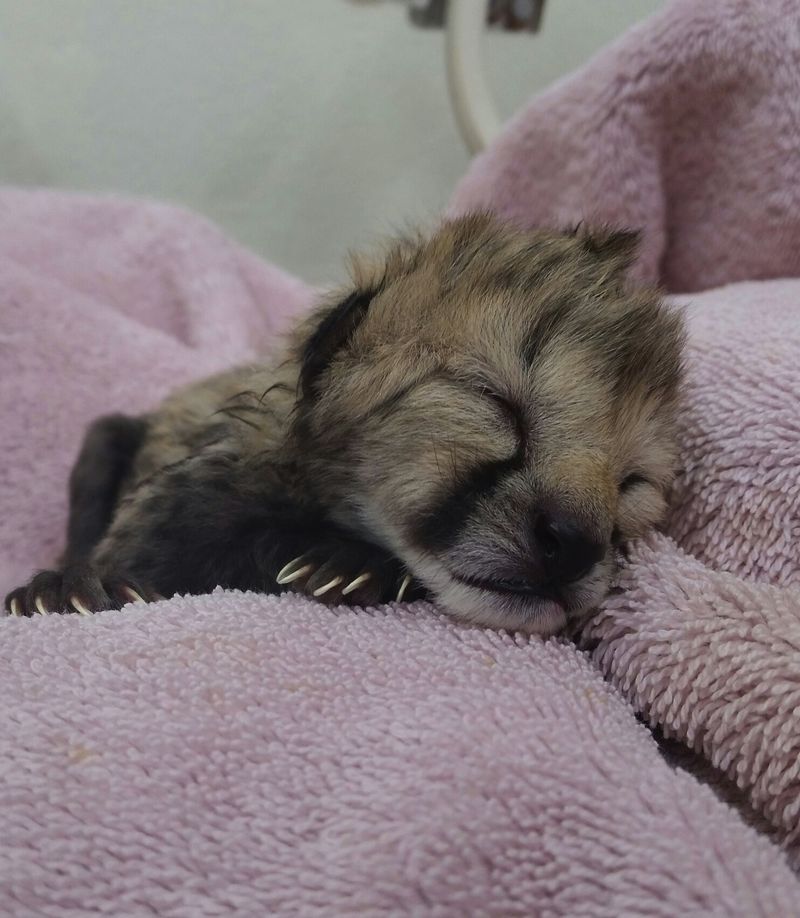 Staff at Wildlife Safari in Oregon have stepped in to care for a newborn Cheetah who was rejected by his mother. On May 3, first-time Cheetah mom Moyo stopped eating, which alerted keepers that a birth was imminent. Keepers attentively monitored the birth on surveillance cameras, and became concerned for the wellbeing of the cub when mom ignored him, and did not attempt to clean off the birth sack.

Newborns can only survive minutes without being removed from the sack and cleaned, so staff quickly stepped in to save the cub's life. They removed the sack, cleaned the airway and stimulated the cub to take his first breath. Since the mother would not care for the newborn, he was rushed to an incubator inside Wildlife Safari's animal hospital. 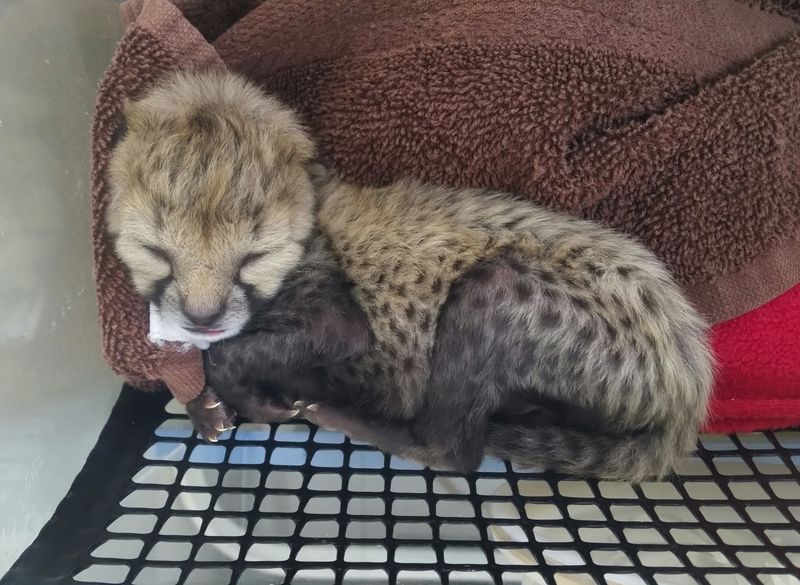 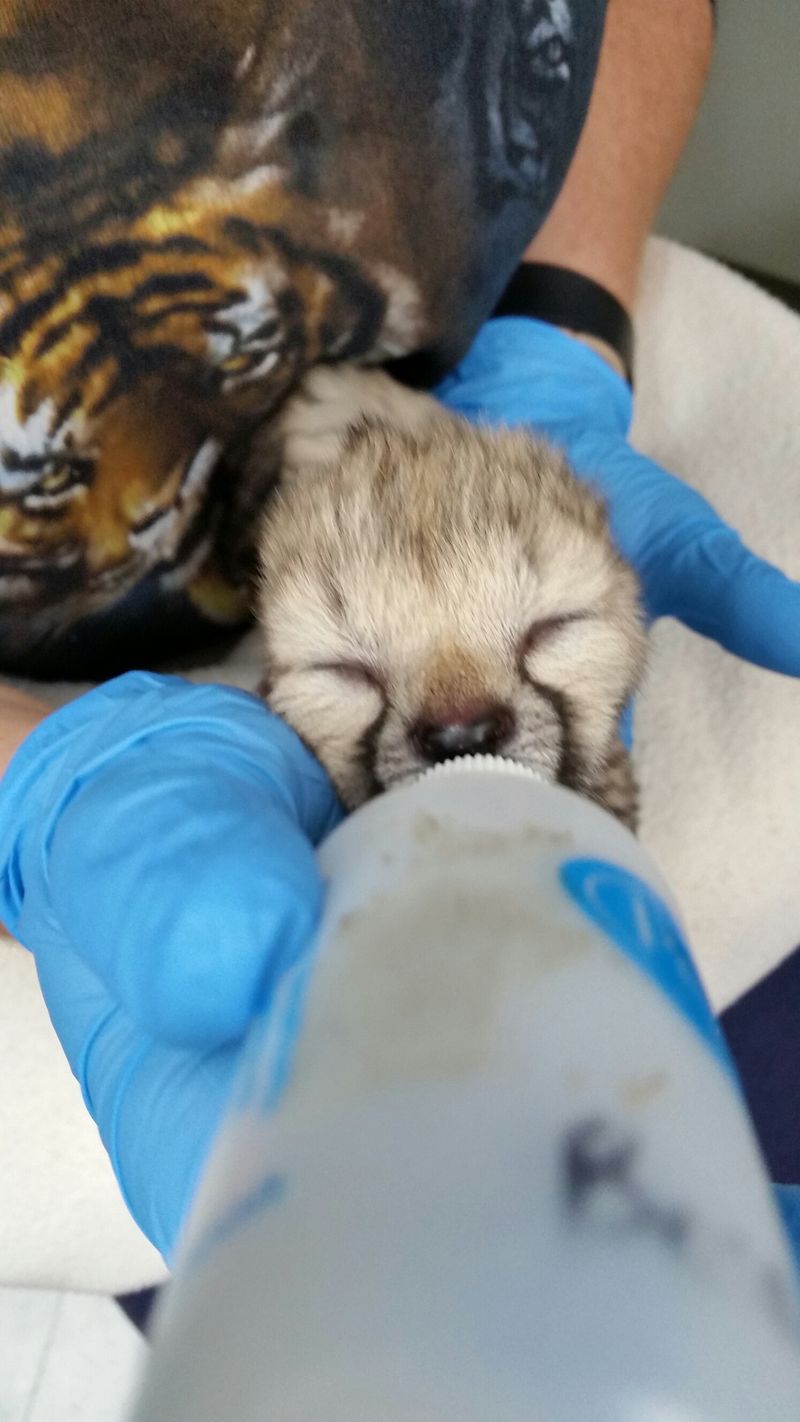 The newborn is doing well: he's taking his bottle, putting on weight, and has already won the hearts of staff. He is the 174th Cheetah cub to be born at the park through the internationally recognized Cheetah breeding program.

"Given this rare opportunity to hand raise the cub, he will soon become an ambassador for his species at another AZA accredited facility" said Carnivore Supervisor Sarah Roy.

How About a Couple of Baby Cheetahs? 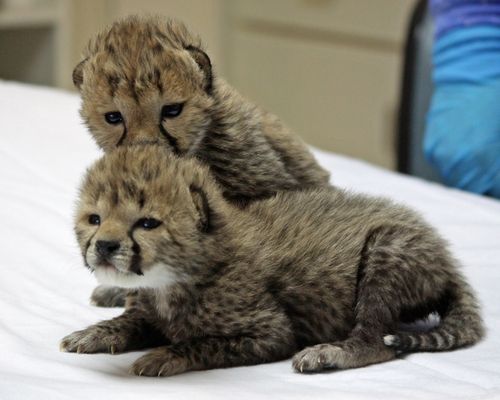 On February 29th, Wildlife Safari in Winston, Oregon welcomed the birth of two baby Cheetahs. The cubs, named Mchumba and Khayam, are being hand-reared by park vets to ensure their safety. Their mother displayed strange behavior following their birth and experts agreed that round the clock care was critical to their survival. A public debut of the cubs is planned for the Memorial Day Weekend. 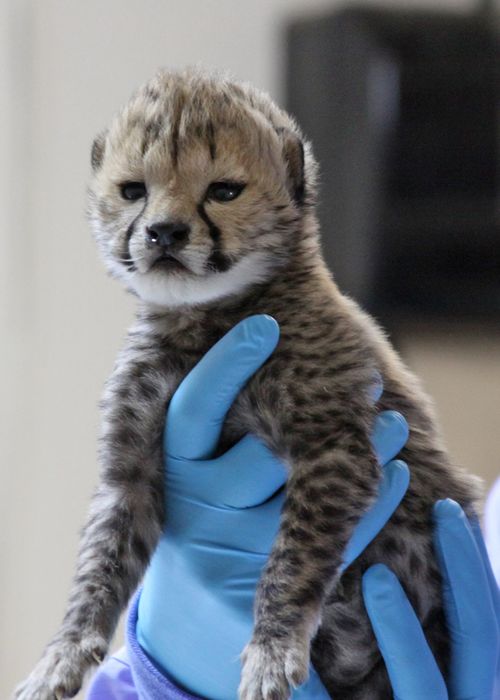 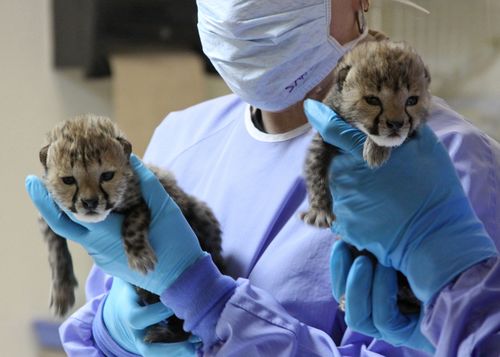 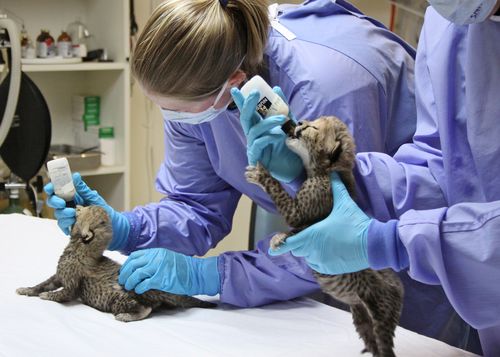