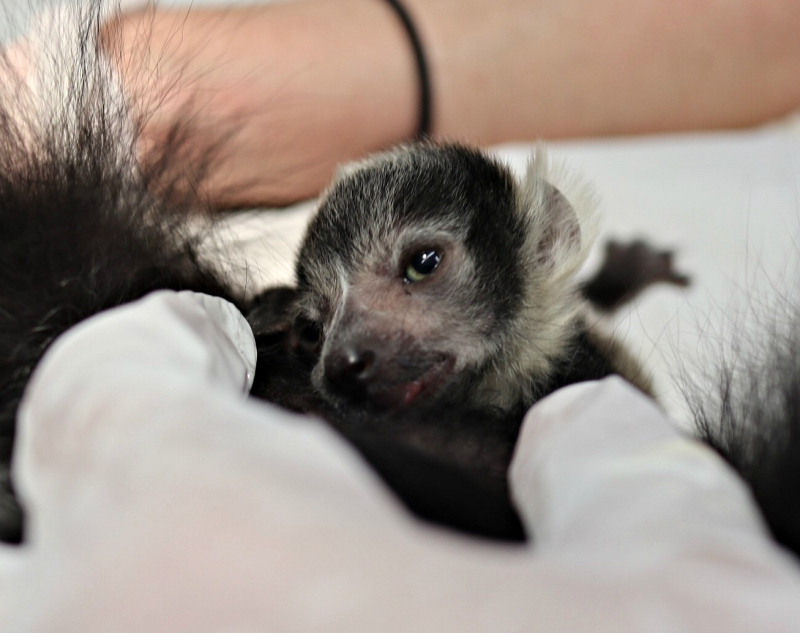 Veterinarians and keepers carried out a rare procedure to save the life of a Critically Endangered newborn Lemur at Wild Place Project.

They stepped in just hours after the tiny White-belted Ruffed Lemur and his two siblings were born.  The babies’ mother, Ihosy, was not showing any interest in them. The little Lemurs, each smaller than a stick of butter, were getting cold and dehydrated. 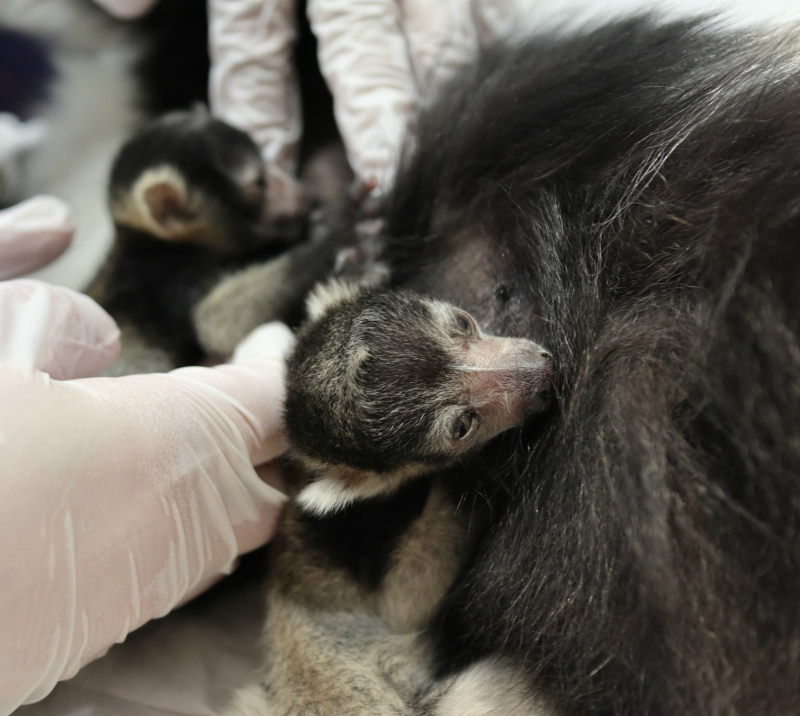 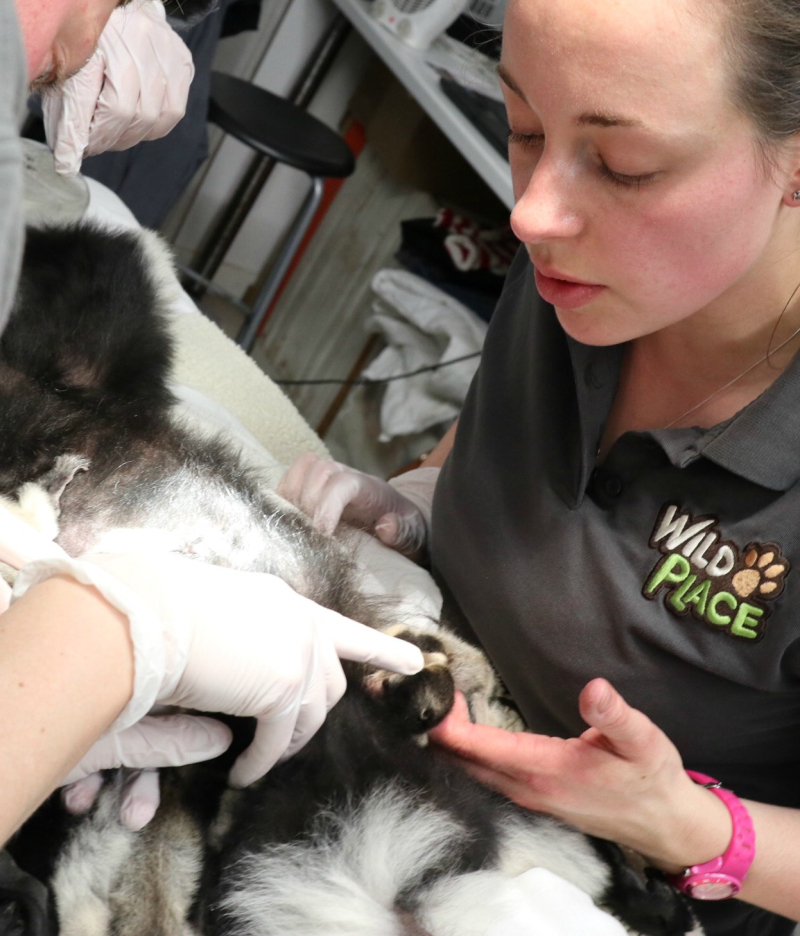 After the smallest of three died, the staff decided to take the unusual step of intervening to try to save the other two. Ihosy was given a mild anesthetic and taken with her babies to the animal care center at Wild Place Project, which is owned and run by Bristol Zoological Society.

As Ihosy slept peacefully, the team placed the two babies on her belly so they could begin feeding. One of the babies was too weak and later died, but the third pulled through and is now feeding regularly and is being cared for by Ihosy.

Zoo veterinarian Sara Shopland said, “Ihosy reared two babies last year and was a good mum so we didn’t expect this complication. This is quite a rare procedure and it’s not something we commonly do but we decided we had to act.”

Ihosy and her surviving baby are now in their nest box at Wild Place Project where vets and keepers are keeping regular checks on them.

Will Walker, animal manager at Wild Place project, said, “Ihosy is now looking after her surviving baby and all the signs are good. It was a great effort by my team and the vet team and we are so pleased that one of the triplets has survived.”

Every White-belted Ruffed Lemur is crucially important to the future of the subspecies which has undergone a population decline of 80 percent in just 21 years. The International Union for the Conservation of Nature now considers them to be at extremely high risk of extinction in the wild.

The main threats to the species in the wild are habitat loss due to slash-and-burn and commercial agriculture, logging and mining, as well as hunting for meat.

See more photos of the newborn Lemur below.