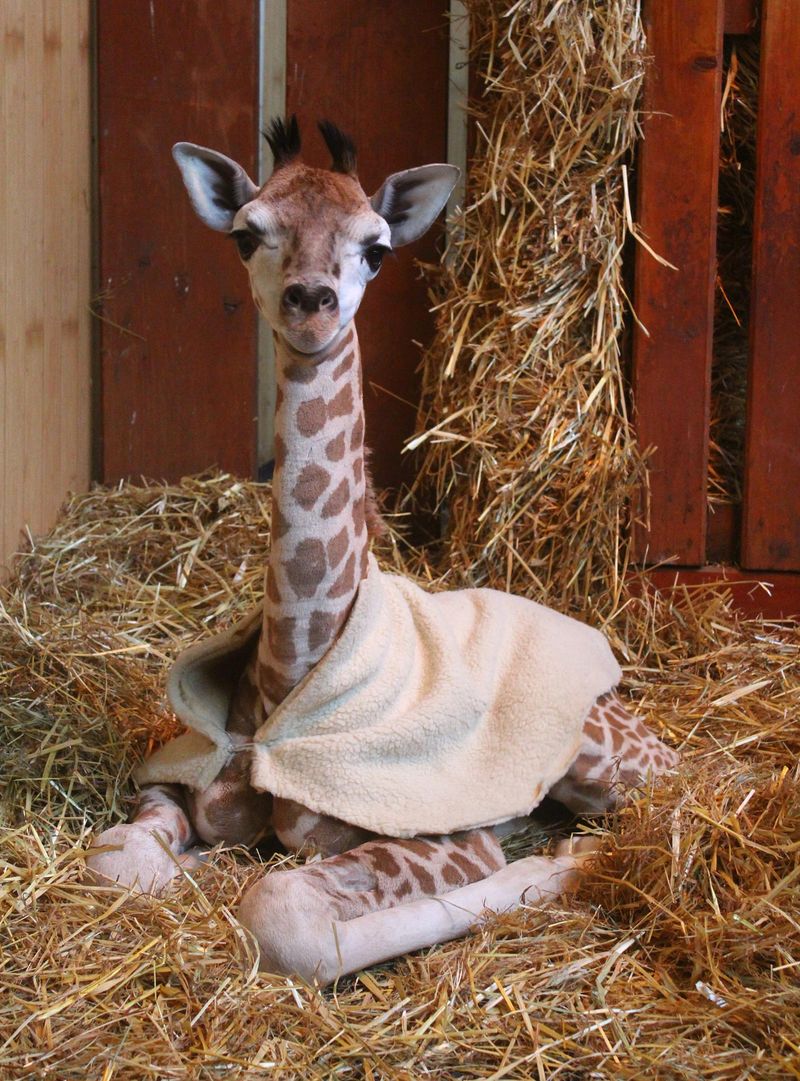 Just prior to Christmas, a male Giraffe was born at the Warsaw Zoo. New mom Lissy had difficulty feeding her calf so the Zoo’s staff have stepped in to assist.

For a short time, the calf also sported a bandage around his middle to help his umbilical cord heal. 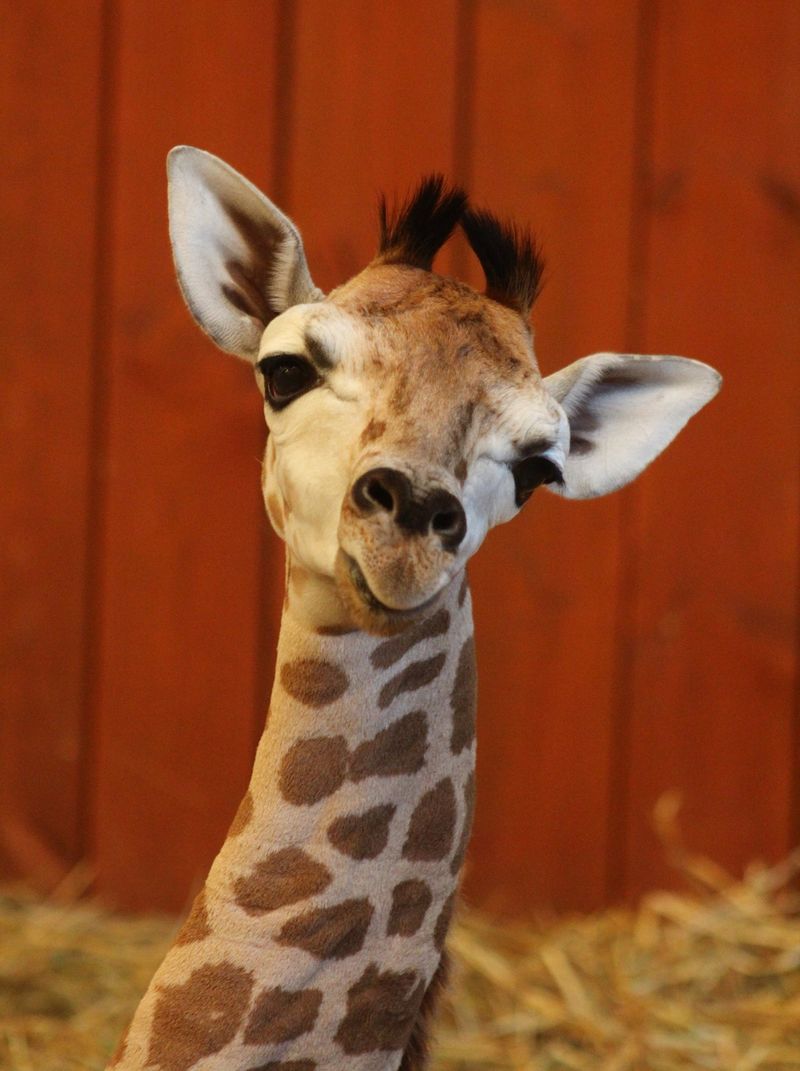 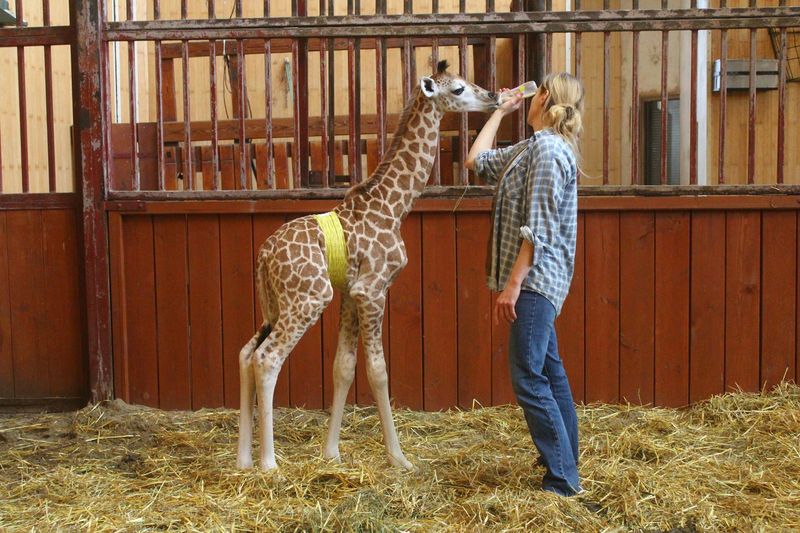 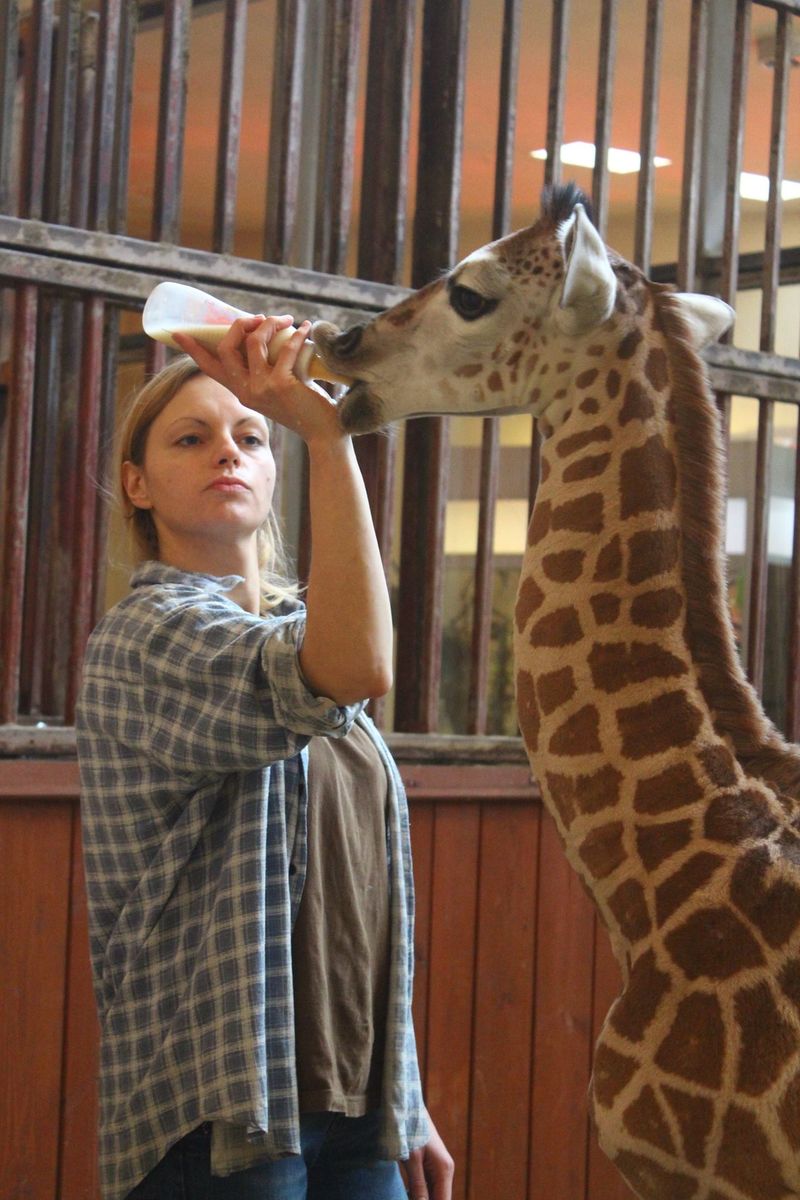 Warsaw Zoological Garden was founded in 1928. Originally, it covered only 12 hectares (30 acres) of grounds (presently it is 40 hectares = 99 acres) and collected almost 500 animal specimens.

The 1930’s was a period of intense development of the Zoo, under management of Director Jan Żabiński. At that time, many facilities were constructed for exotic animals: Monkey House, Hippopotamus House, Elephant House, Giraffe House, Polar Bears’ Run and Seals’ Pool. The biggest success was birth of female Indian Elephant – Tuzinka in 1937. It was subsequently the twelfth Elephant born in captivity in the world, and until now the only in Poland.

In 1939 the Zoo terrain was enlarged to 32 hectares (79 acres), making Warsaw Zoo the largest in Europe.

In September 1939 – in time of the greatest prosperity – Warsaw Zoo ceased to exist. As a result of bombings that beset Warsaw, a part of the Zoo’s facilities were destroyed and many animals died. Most of the dangerous animals were shot down, on command of authorities. Some surviving animals went loose in the City, and the most valuable specimens, including Tuzinka were taken away to Germany. Their fate was never learnt, but it is believed they were relocated to Nazi game-hunting farms.

During WWII, former director of the Zoo, Jan Żabiński, and his wife risked their lives by rescuing over 300 Jews, many having hidden at their Zoo Villa. 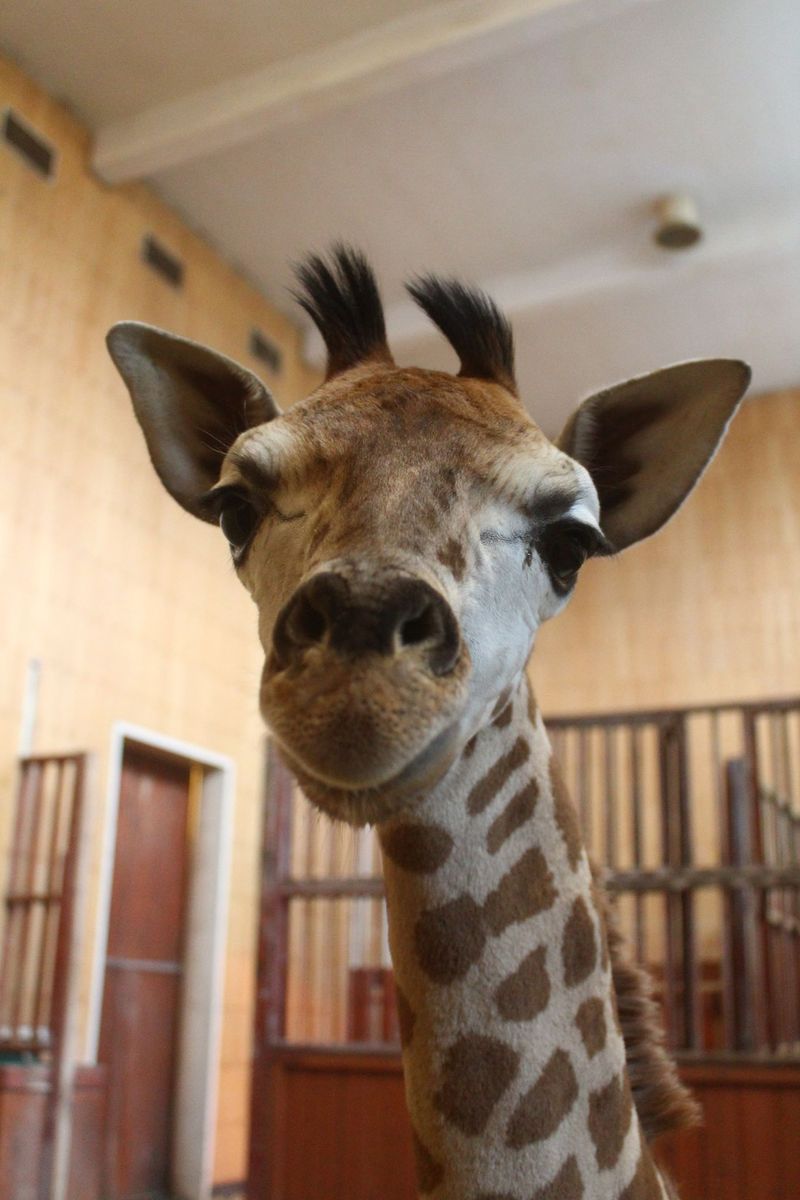 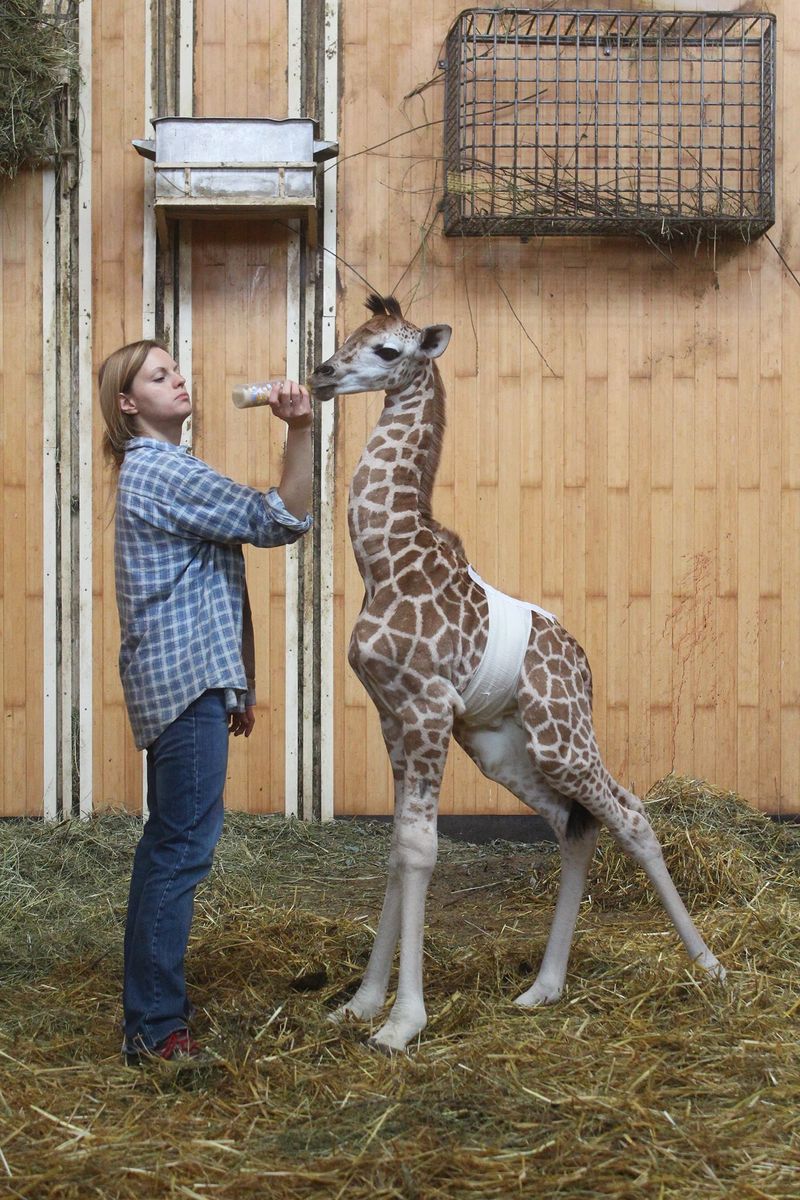 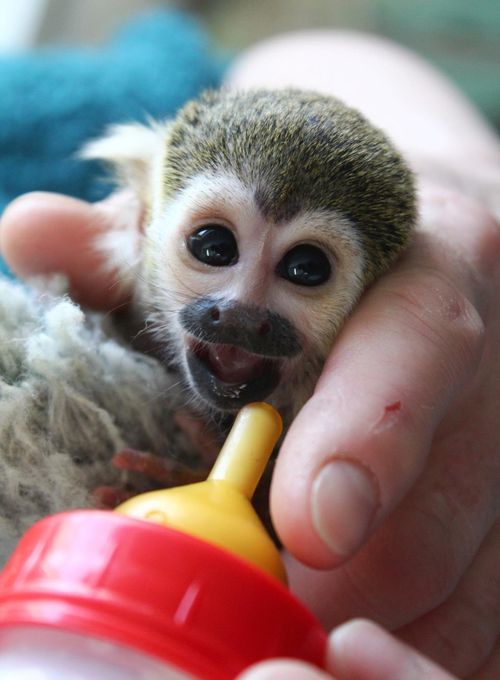 An orphaned Common Squirrel Monkey is in very good hands at Warsaw Zoo. The infant was born at the zoo on March 28th and is now being bottle fed and raised by dedicated caretakers. The tiny monkey is male who weighed just 167 grams at birth. He is healthy and doing well. 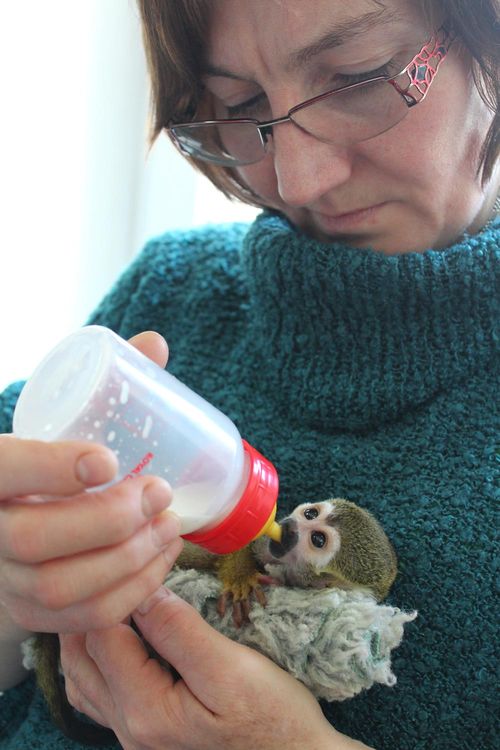 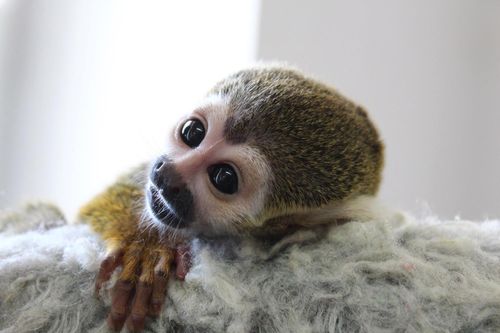 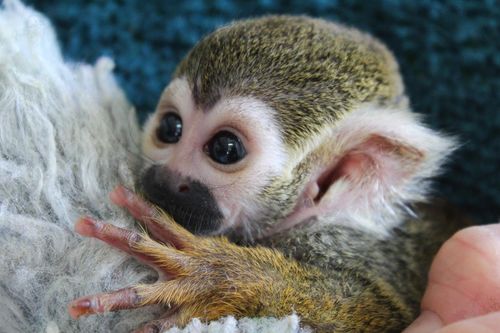 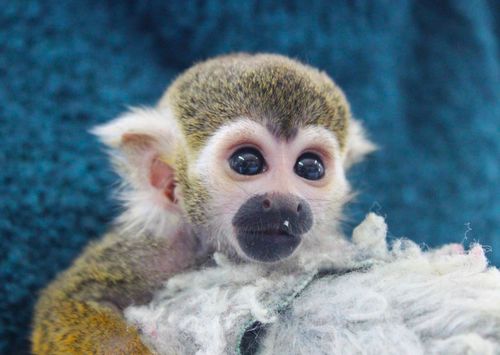 Common Squirrel Monkeys are found abundantly throughout the rain-forests of South America. Very agile and playful, they are highly social animals that live in hierarchical groups. Males and females live in separate social groups. The females tend stay based around certain feeding and resting sites, while males travel more widely. During the mating season, the dominant male will mate with many or all the mature females that his group encounters. 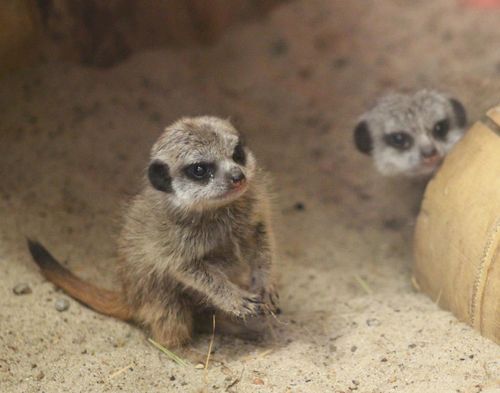 On February 2nd the Warsaw Zoo received their newest addition with the birth of a litter of Meerkat kits. The birth brought three new members to the zoo's clan of Meerkats. The youngsters have emerged from the burrow, which they were born in just over a month ago, and are now out and about on exhibit for all to see.

Meerkats, native to southern Africa are small carnivores in the mongoose family. Females give birth to litters up four times a year. Young are born in a burrow, and after opening their eyes for the first time approximately 14 days after birth, come above ground to explore the world at about three weeks of age. 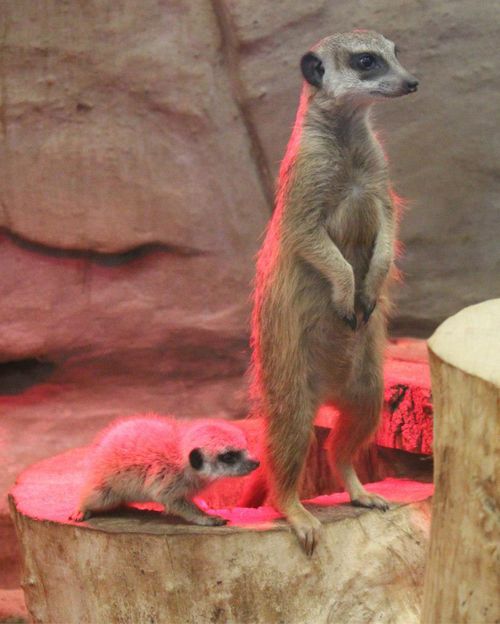 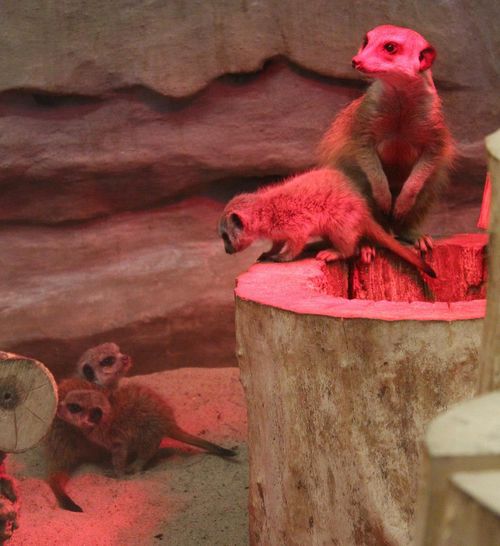 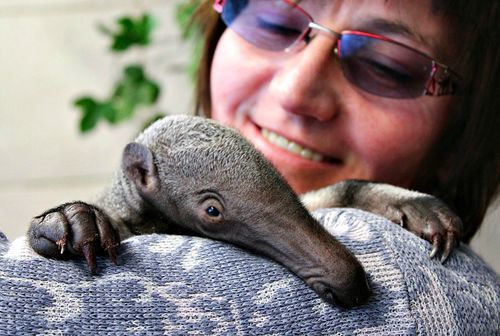 Poland’s Warsaw Zoo is celebrating the birth of a baby Giant Anteater.  The male baby was born on January 18, and is the fourth baby for the zoo’s breeding pair. 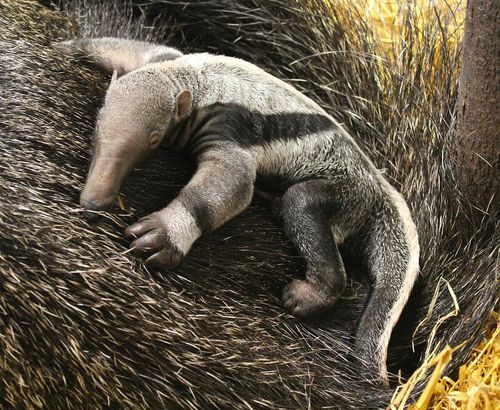 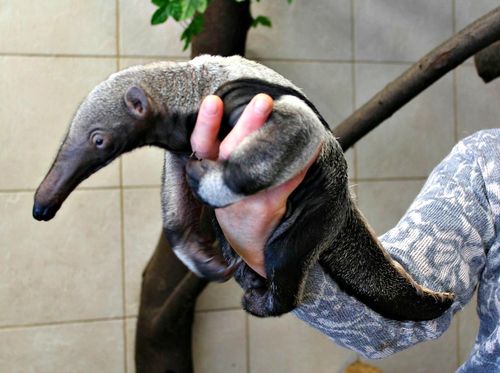 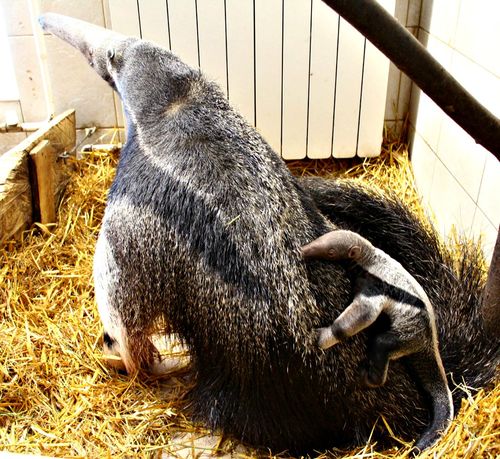 Female Giant Anteaters normally give birth to a single pup, which is born with its eyes closed.   A pup rides on its mother’s back for several months.  This offers not only free transportation for the pup, but excellent camouflage as well:  the pup’s black and tan color bands line up perfectly with those of the mother, making the pup nearly invisible against mom's shaggy coat.  By the time the pup is about ten months old, it is completely independent.

Native to much of South America, Giant Anteaters exploit a variety of habitats, from grasslands to rain forests.  They are listed as Vulnerable by the International Union for Conservation of nature (IUCN), but they have been extirpated from parts of Uruguay, Belize, Costa Rica, and Guatemala.  In the last decade, the population of wild Giant Anteaters has declined by about 30%. 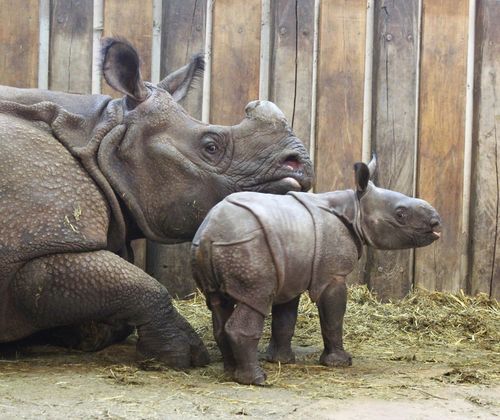 On Christmas day, Warsaw Zoo welcomed this newborn Indian Rhinoceros with great excitement, because he is the first ever rhinoceros born in a Polish zoo. At birth he weighed in at 121.5 pounds (55 kilos) and was named Byś. His parents are Shikari (born in 2006 in Stuttgart) and Kuba (born in 2004 in Berlin).

In the wild, it's estimated that only about 3000 Indian Rhinoceros remain. They are among the rarest mammals in the world today. While loss of habitat is a factor, poachers are the largest threat to these animals, who, tragically, hunt and kill them mostly for their horns. Conservation efforts are essential to ensure this species survival.

Andrzej Zielinski, from the zoo's Culture Department, said, "The birth of this rhinoceros is one of the most important events in the history of Polish zoos." 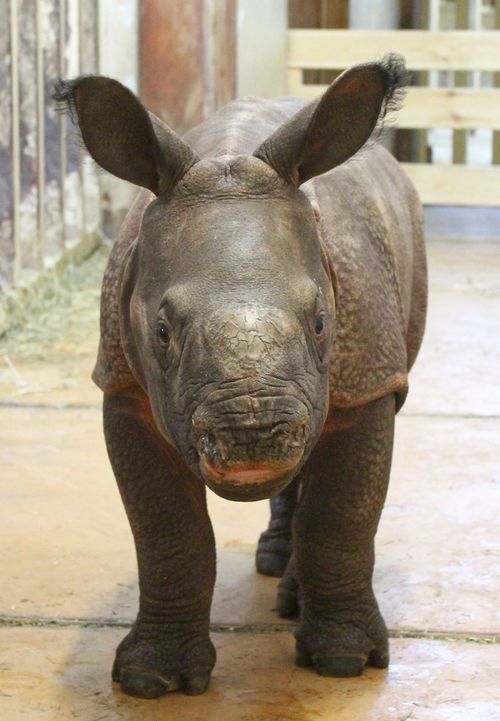 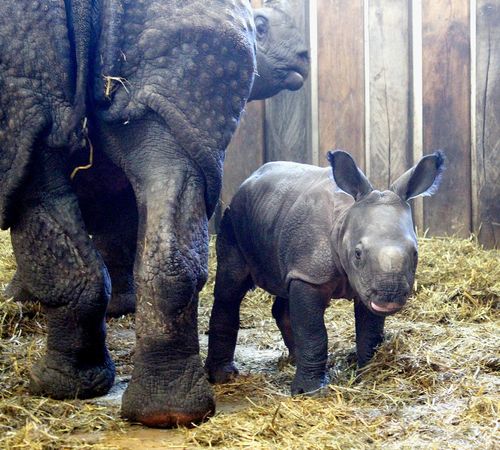 Little Byś will not go into the outdoor habitat until the spring; until then, zoo guest can see him with his mother behind the scenes thanks to indoor cameras and exhibit screens.  Here he is at bathtime, which the little one enjoys every day.