It's Not a Cotton Ball - It's a Tawny Frogmouth Chick! 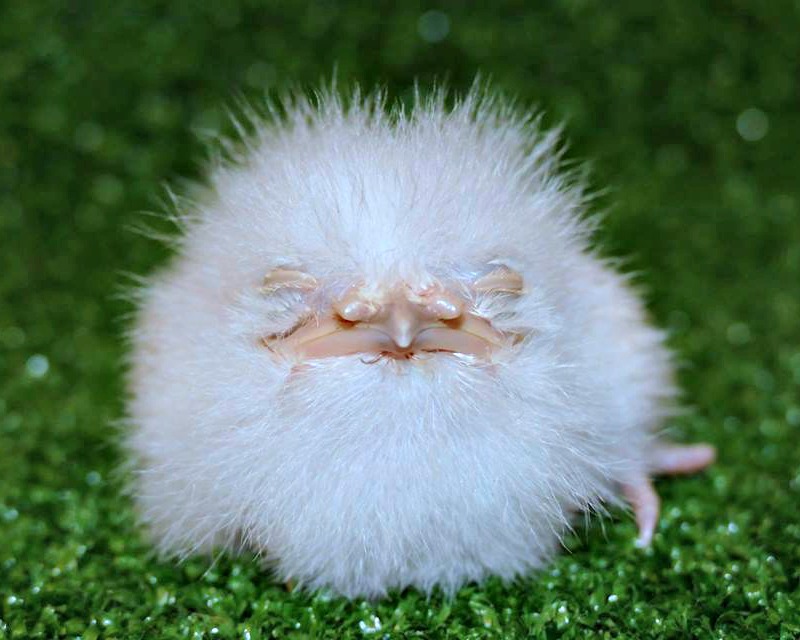 Is it a cotton ball? A fuzzy marshmallow? No – it’s a five-day-old Tawny Frogmouth chick!

The chick hatched on August 31 at Vogelpark Olching, a bird park near Munich, Germany.  For obvious reasons, the staff decided to name the chick Fluffy. This is the first Tawny Frogmouth chick to hatch at the park. 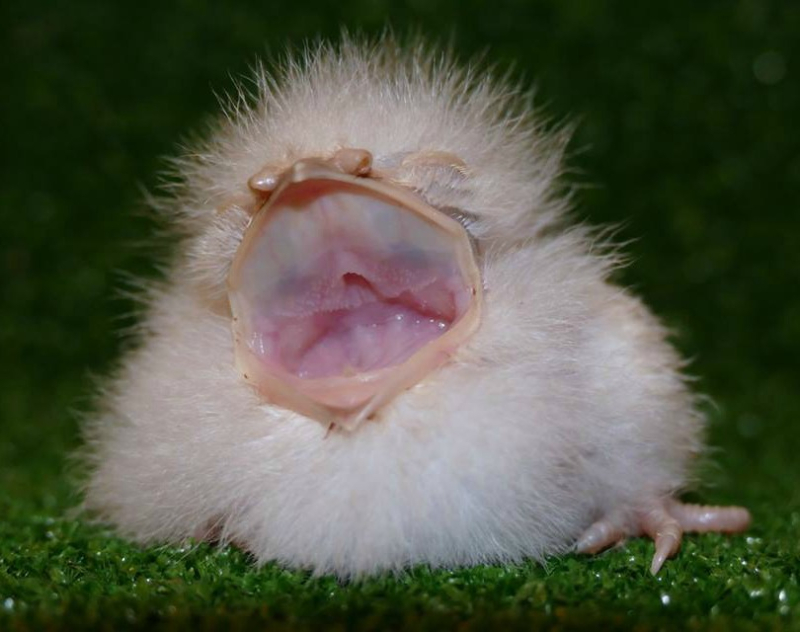 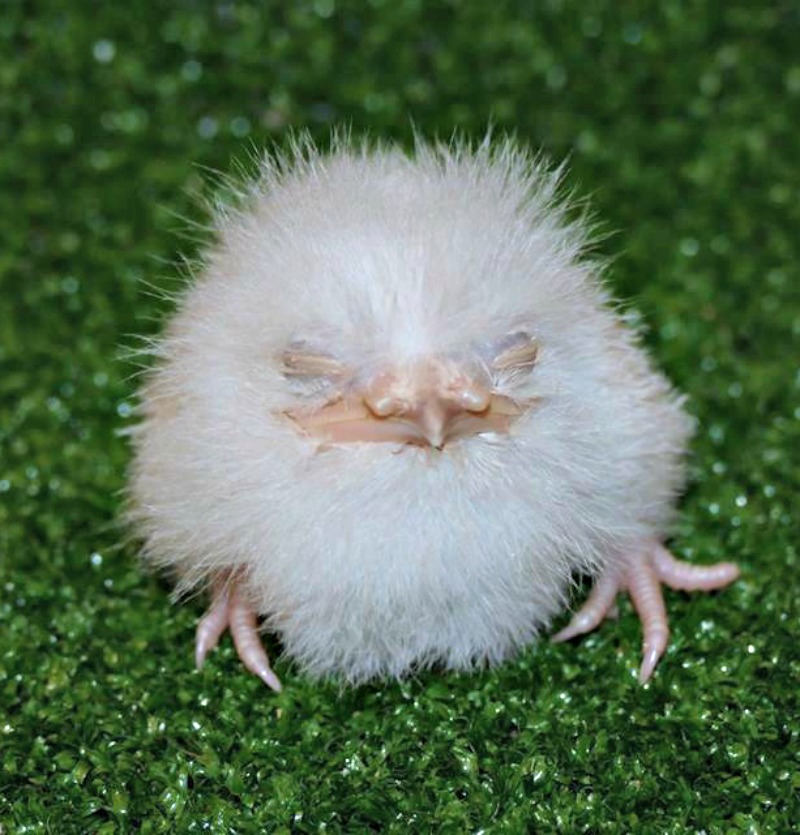 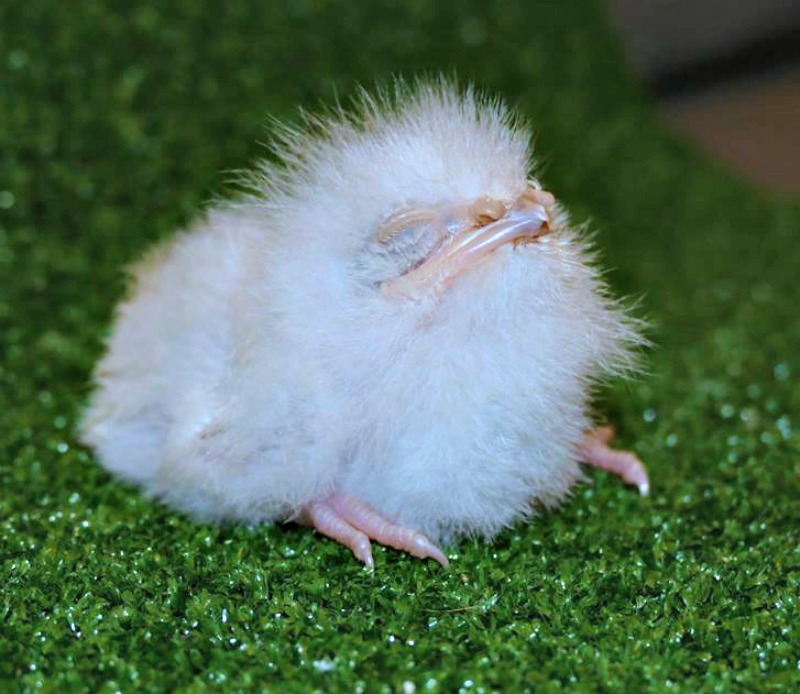 Vogelpark Olching has kept Tawny Frogmouths for four years, but at first held only male birds. In April, two females arrived to pair with the males. In only three weeks, one of the females began laying eggs.  The first two clutches of eggs were infertile, but from the third clutch, little Fluffy hatched.

Keepers allowed the first-time parents to rear their chick but after a few days, they realized the parents were not caring for the chick properly. Fluffy was moved to an incubator and is being hand-reared by the care team.

Fluffy’s dark feathers are already beginning to come in, and he will soon develop the mottled brown-and-gray coloration of an adult Tawny Frogmouth (see photo below).

Tawny Frogmouths are native to Australia and are named for their wide, frog-like mouths. They feed at night on moths, spiders, worms, beetles, scorpions, frogs, and reptiles. Their coloration and ability to sit motionless provide excellent camouflage, making the birds nearly impossible to detect as they perch in trees. To increase the effect, they often sit with the head tilted upward to mimic a broken tree branch. These birds are often mistaken for owls, but they are not closely related.

Tawny Frogmouths are widespread in Australia and not currently under significant threat. 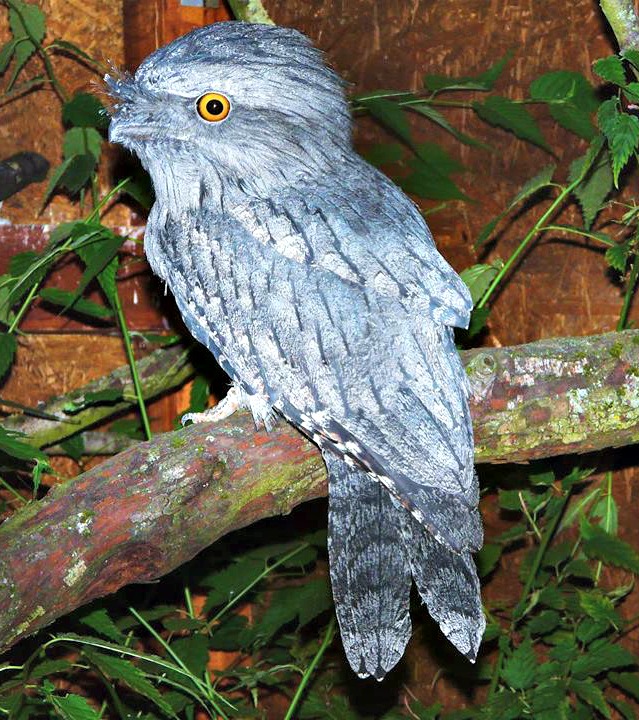 The photo above shows an adult Tawny Frogmouth at Vogelpark Olching.