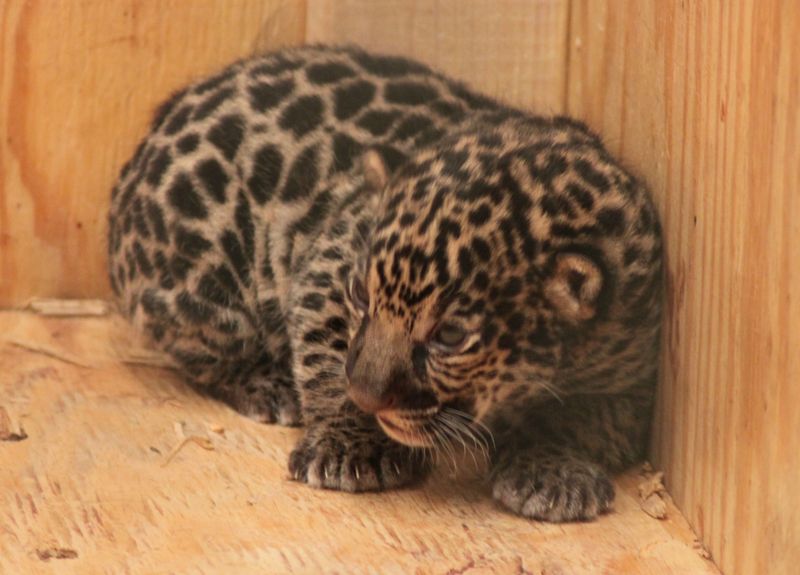 The Tulsa Zoo is proud to announce the birth of a Jaguar cub, marking the third Jaguar birth at the zoo. This new addition was born on March 26 to mom, Ixchel, and dad, Bebeto. This is the second successful birth for the Jaguar pair, and another important contribution to Jaguar populations.

This birth was in conjunction with the Jaguar SSP, or the Species Survival Plan®, which manages species in Association of Zoos and Aquariums-accredited zoos across the nation. Native to the tropical rainforests of Mexico, Central and South America, Jaguars are considered near threatened due to habitat loss. There are currently more than 100 Jaguars in North American-accredited (AZA) zoos, while it is estimated that 10,000 Jaguars currently exist in the wild. 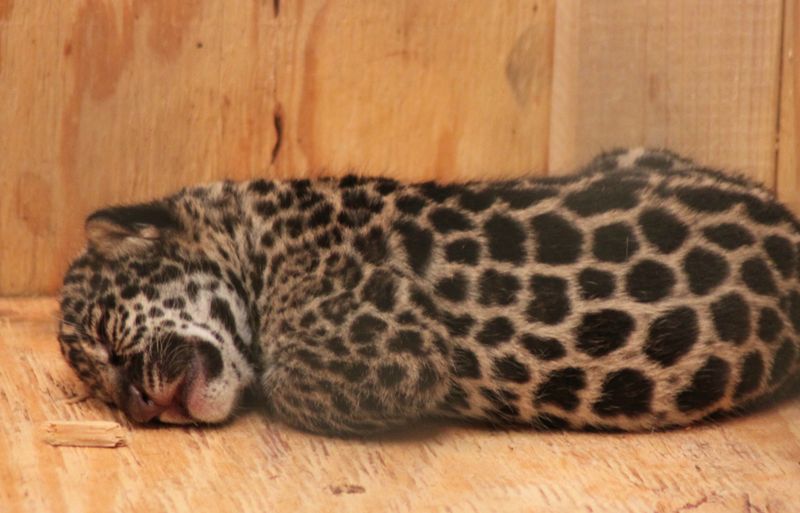 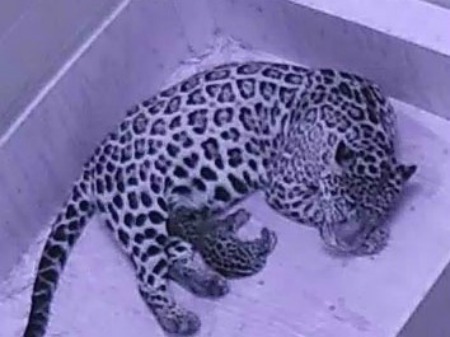 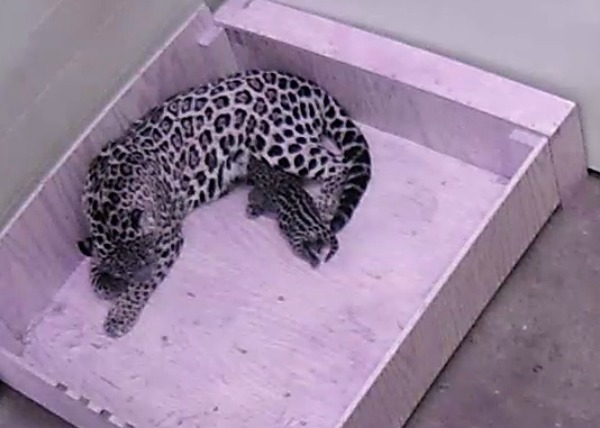 While the cub is doing well, its sibling did not survive the birthing process. The cub appeared to be stillborn as animal health staff closely watched the internal monitoring camera.

Staff continues to closely monitor Ixchel and her cub from remote cameras to ensure proper development and nursing. The cub’s first 30 days are critical, so both mom and cub will remain in a private, off-exhibit den in the Tropical American Rainforest. 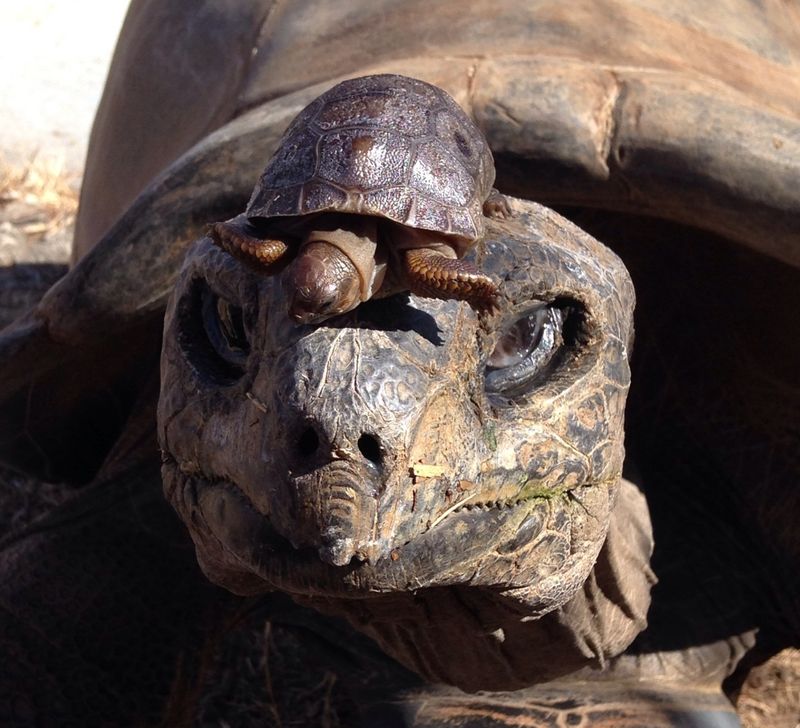 Nine Aldabra giant tortoises have hatched at Tulsa Zoo in Oklahoma! The hatchlings started to pip, or cut through their shells, on February 9. Several of the tortoise hatchlings are on now exhibit at the zoo. 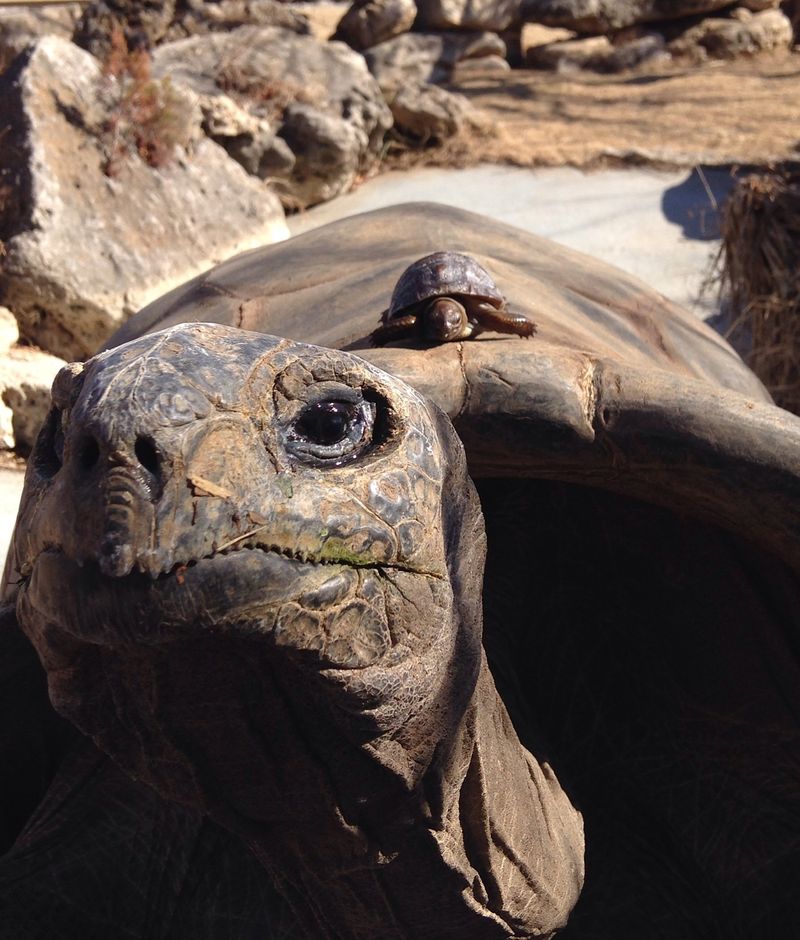 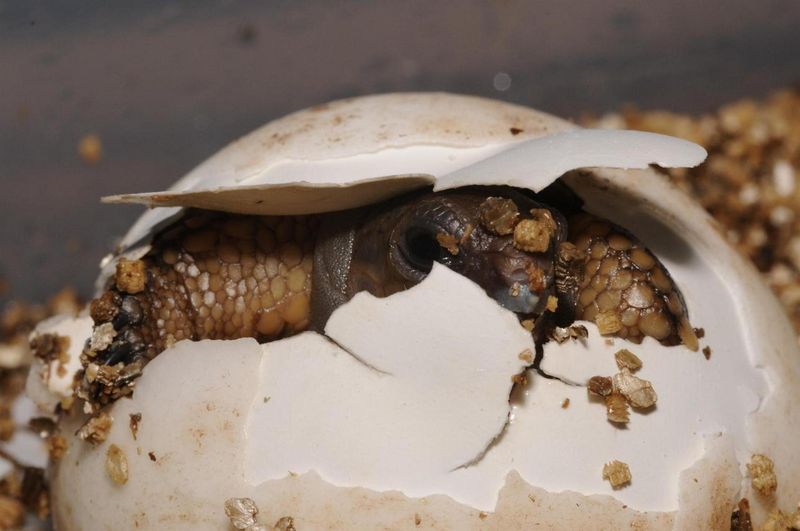 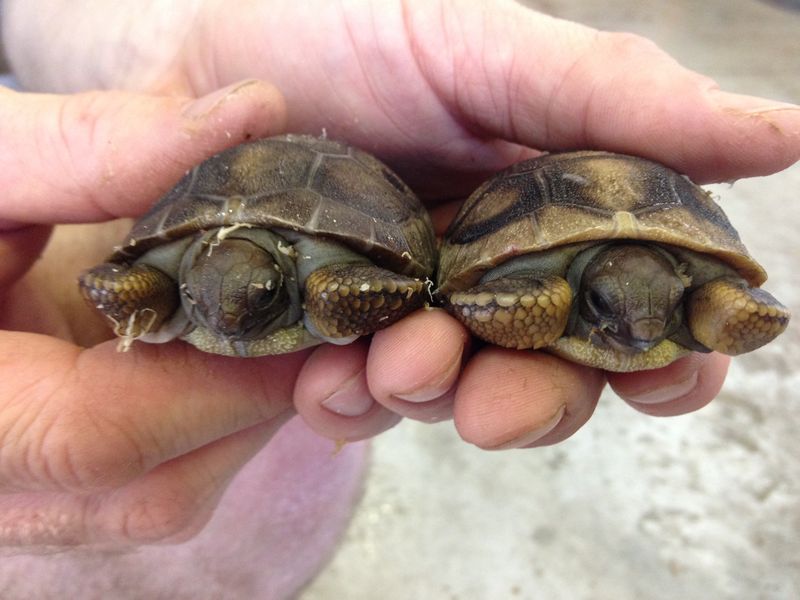 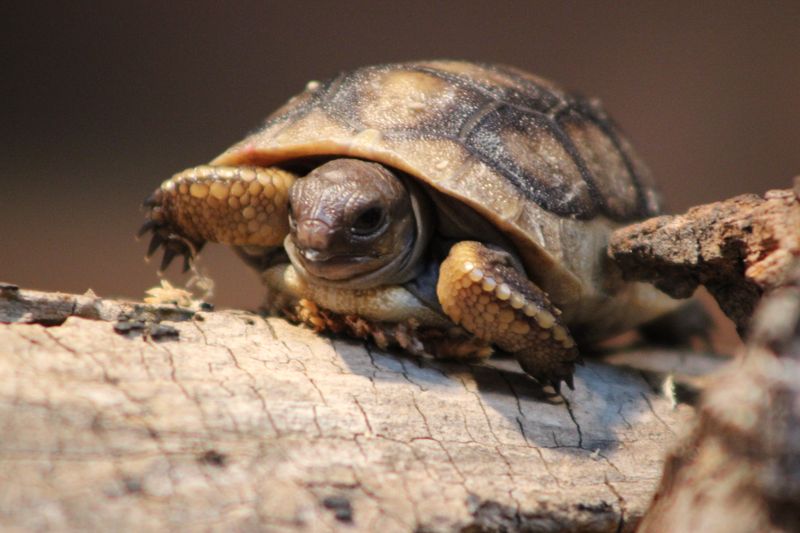 The incubation period for these tortoises lasts from 95 to 120 days. Once the tortoises pip, it can take up to five days to fully emerge from the shell, and usually two to three more days before they are ready to be taken out of the incubator and placed on a substrate on exhibit.

Aldabra tortoises live on the islands of the Aldabra atoll in the Seychelles. They are classified as Vulnerable on the International Union for Conservation of Nature's Red List of Threatened Species. 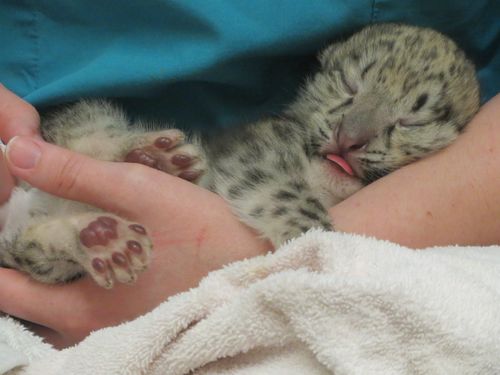 The Tulsa Zoo welcomed little Niko, an endangered Snow Leopard cub, born on May 10 to mother Sherab and father, Rajan. Niko is being hand-reared behind-the-scenes. At 7 weeks of age, he is thriving, and currently weighs more than 6 lbs (2.72kg). Mother Sherab is doing well and is back on exhibit.

Niko’s birth was in conjunction with the Snow Leopard SSP®, or the Species Survival Plan, which manages species in Association of Zoos and Aquariums (AZA)-accredited zoos across the nation. Ranging in mountainous areas of Central Asia from Afghanistan to Kazakhstan, and Russia to northern India and China, there are only 4,000-6,500 Snow Leopards left in the wild due to poaching and habitat loss. 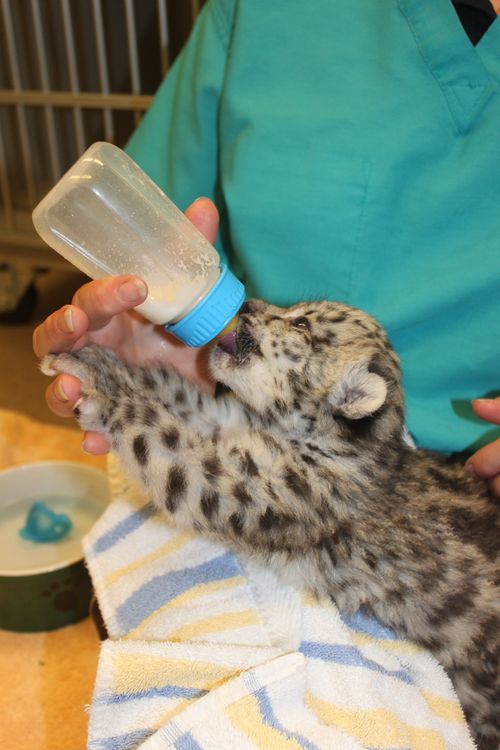 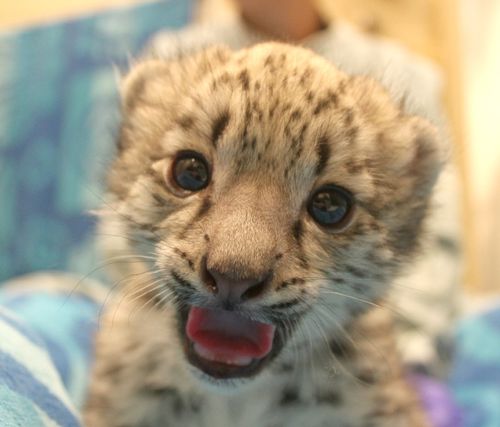 While Niko is doing well, his two siblings did not survive the turbulent first weeks. One cub died during the birthing process and the other died just 9 days later due to bacterial sepsis in its blood. Sherab, an experienced mom, provided excellent care for the cubs in the first 24 hours. However, it soon became apparent that due to complications from the birth, Sherab would need to be moved to the zoo’s veterinary hospital and allow the Tulsa Zoo’s expert staff to hand-raise the Endangered cubs.

Story and photos continue, after the fold:

Dumai The Baby Tiger Is About To Make A New Friend 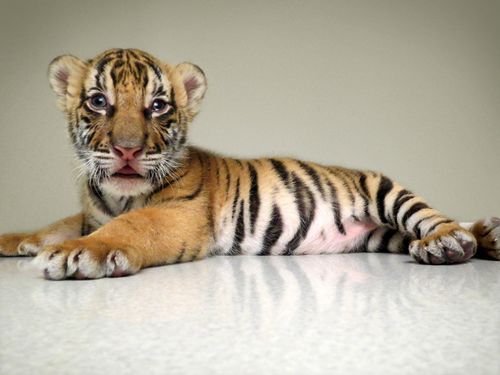 Dumai, Point Defiance Zoo & Aquarium's Sumatran Tiger cub, is getting a new buddy. Meet Berani, a 5-week-old Malayan male cub scheduled to arrive at Point Defiance this week from Tulsa Zoo and Living Museum. Each was the only cub in a litter and pulled from mom within days of birth because the tiny Tigers were not thriving. Once Berani arrives and is checked out, you will be able to see him in the cub den playing and pouncing with Dumai.

Sumatran Tigers, listed as critically endangered, are the smallest subspecies of Tiger and their fur is a darker orange than that of Malayans. Sumatran Tigers also are the only remaining Tiger subspecies that lives on an island. As few as 300 live in the wild on the Indonesian island. 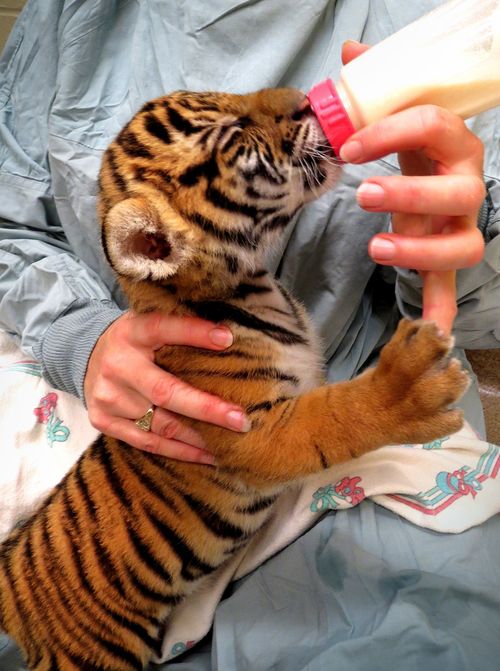 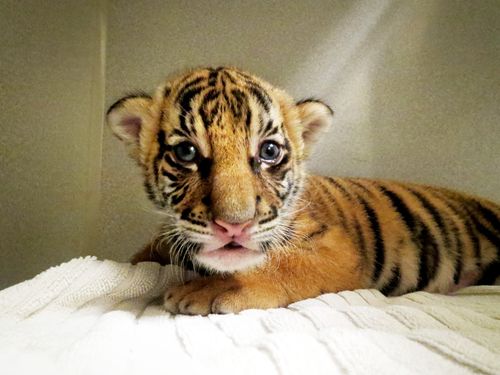 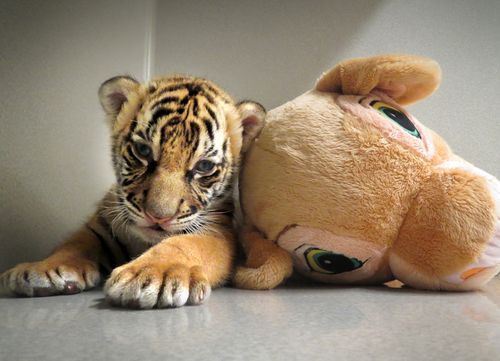 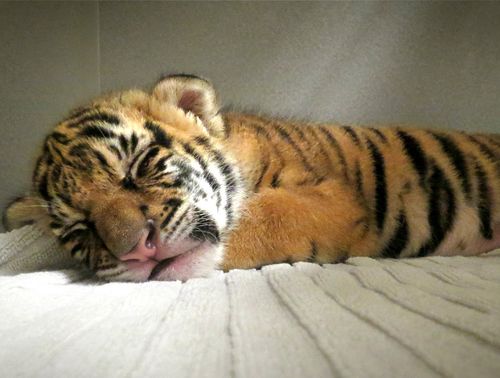 Malayan Tigers, a bit bigger, lighter in color and lankier in body conformation, are native to the tropical forests of peninsular Malaysia. The Tiger Conservation Campaign estimates that fewer than 500 remain in the wild.

Each of the tigers will reach 275-300 pounds when fully grown. They’ll eventually be placed into zoo-based breeding populations of their respective subspecies to maintain genetic diversity and increase their numbers.

Bringing the Malayan cub to Tacoma is a wonderful example of the cooperative Species Survival Plan work in action. To learn more about the tigers, the Tiger Conservation Campaign and what you can do to help them, visit www.pdza.org.

Born at the end of March, these two little lion cubs are finally ready for public adoration at Oklahoma's Tulsa Zoo. The two cubs were delivered by C-Section and unfortunately their mother, Shatari, did not let them nurse when they were born, so keepers have been functioning as surrogate lion moms for the last few months. The first photo and video are from April, while the additional photos are more recent. 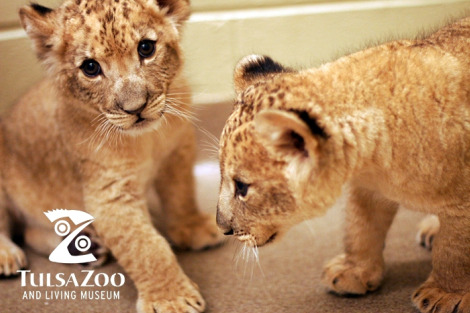 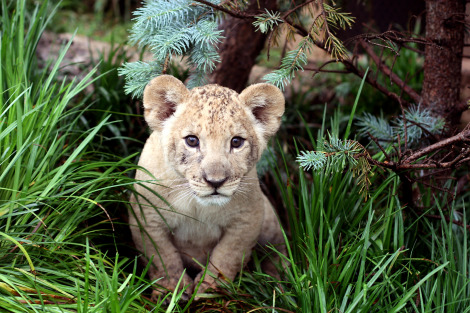 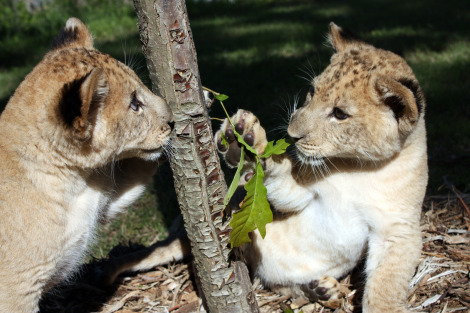