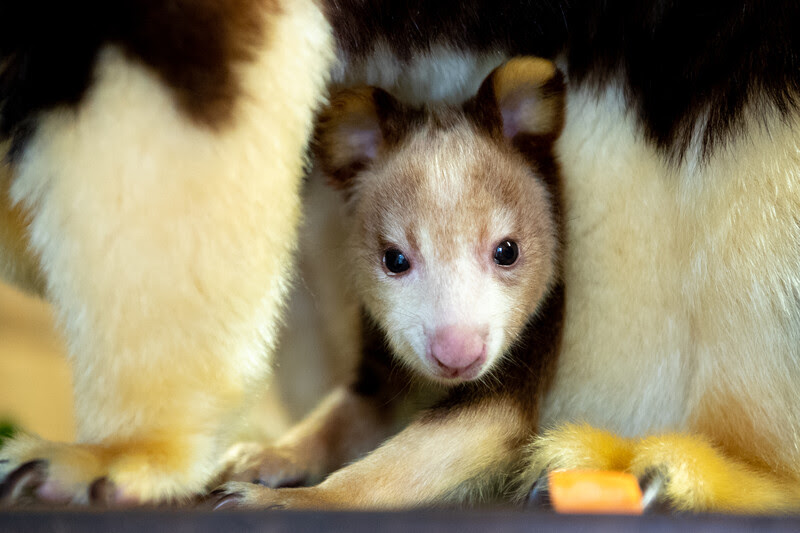 World, meet Keweng (kay-wing), or “Kay” as she is affectionately nicknamed for short! This sweet female Matschie’s tree kangaroo, born to mom Elanna and dad Rocket in January, is named after a village in the YUS Conservation Area (YUS) in Papua New Guinea. YUS is home to Woodland Park Zoo’s Tree Kangaroo Conservation Program, and Keweng is one of the main villages in YUS.

“Keweng is the home of Mambawe Manauno, the first landowner and former tree kangaroo hunter, who showed me tree kangaroos for the very first time in 1996,” explained TKCP founder and Director Lisa Dabek, PhD (also WPZ’s Senior Conservation Scientist). “Manauno was also the 2003 recipient of the Woodland Park Zoo Conservation Award. It’s so great to be able to pay tribute to his work with the naming of this special joey.”

Day by day, little Keweng is becoming more familiar with the world around her. She was first spotted poking her head out of Elanna’s pouch in June, and since then, animal keepers have seen her climbing completely out of the pouch for quick bursts of exploration.

“Keweng is doing great,” said animal keeper Amanda Dukart. “Elanna is doing a great job and is very attentive, and it looks like Keweng is going to be zesty just like her mother!”

In a few months, Keweng will leave her mother’s pouch for the last time and learn to be entirely independent while “at foot” by her mom’s side. Joeys stay with their moms for about 18 months. For now, she enjoys her time close to mom, nibbling on greens and browse that Elanna is eating. 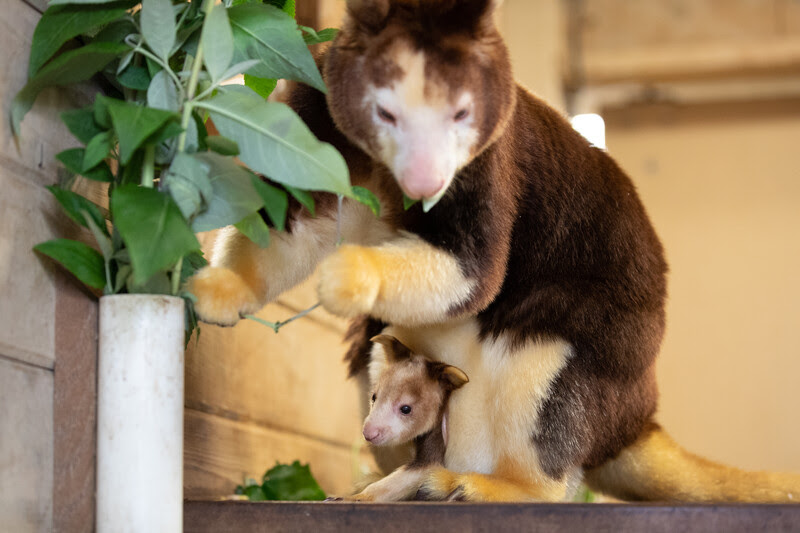 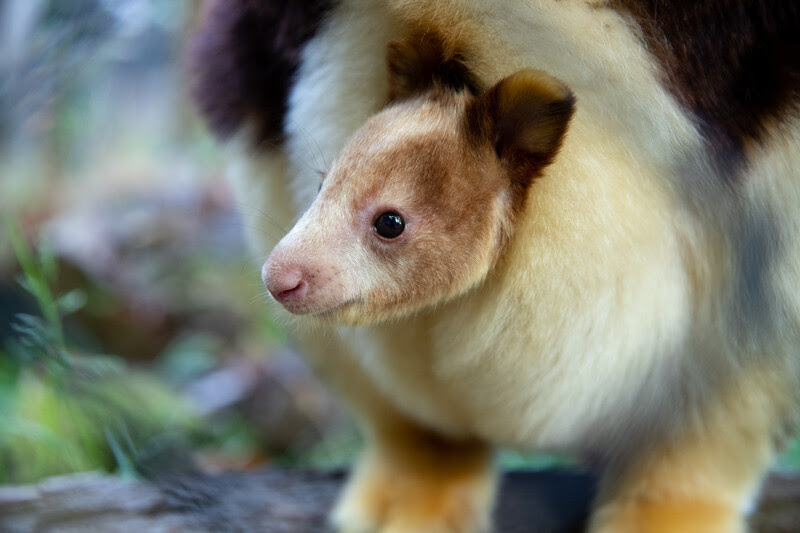 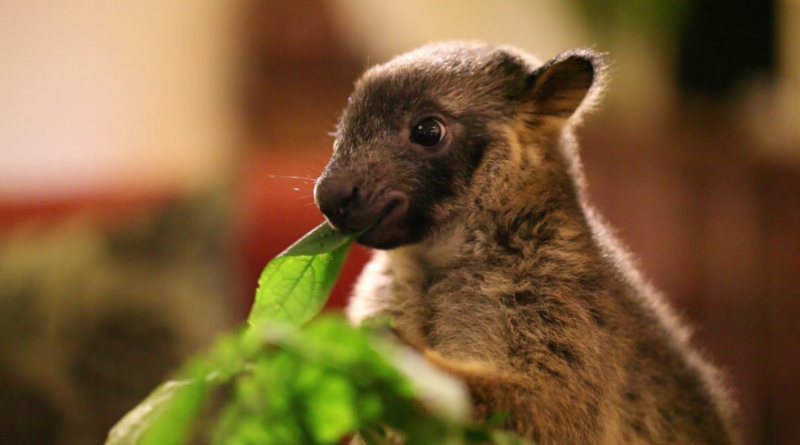 Meet Kimberely and Anneli, two orphaned Lumholtz Tree Kangaroos in the care of Margit Cianelli, one of only two people licensed to rescue and rehabilitate this lesser known Australian species. Both joeys are thriving under Margit's expert care but have tough stories. 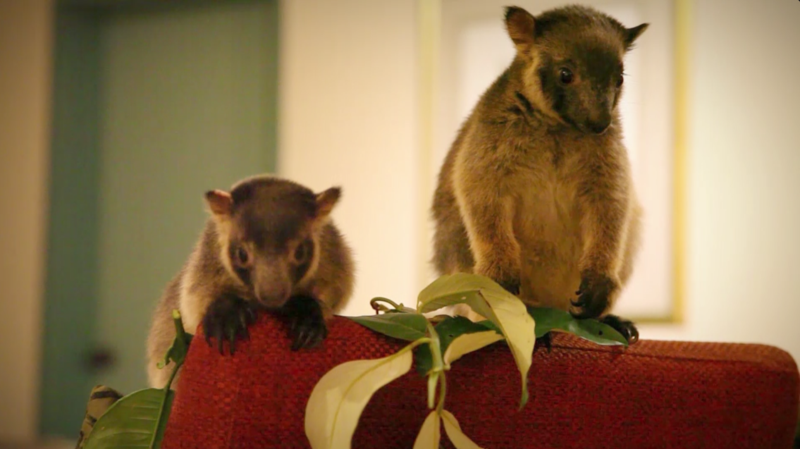 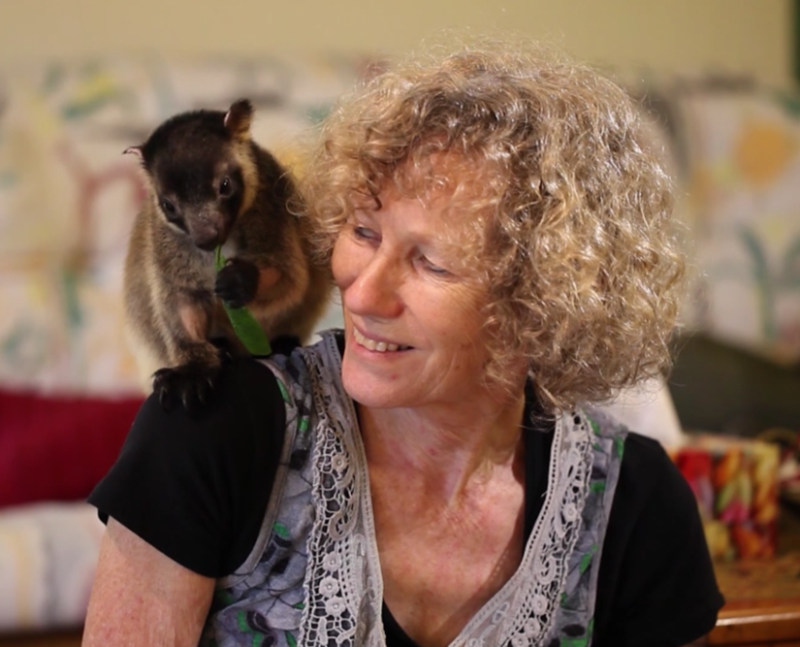 Kimberely (the larger one) was found in a water stream after falling from the trees. Some local aboriginals swimming nearby pulled her out (saving her life) and attempted to reconnect her with her mother in the trees above. The mother however, did not show interest in the joey and hence Margit was given the joey to hand raise. Margit suspects that the mother rejected Kimberley because she is an extremely active joey and she may have been too much to deal with. It’s possible she was a first time mother.

Anneli the smaller of the two was found near a farm area motionless under a water pump. Clearly she had been separated by her mother for days as she was suffering physically being weak, malnourished and dehydrated. She was very light and when taken to the vet she was discovered to be suffering from pneumonia, septicemia and multiple infections. She was placed on an IV drip for seven days and against the odds she recovered and has transformed into a healthy young joey.

Margit has cared for over 15 Tree Kangaroos joeys in the past and is seen as a pioneer in Tree Kangaroo rehabilitation. She often has the joeys for over a year as preparing them for return to the wild is a long process. They need to be taught how to climb (this includes daily exercise in the climbing yard), they get taught what foods are safe to eat (the spaghetti is a treat), they also are nurtured and encouraged to be confident upon release.

Tree Kangaroos are a highly territorial species and finding unoccupied space can be challenging. Initially when released Margit will put radio collars on her roos and allow them to return until they have found their own territory to ensure they survive during their first few weeks in the wild.

Both Australian species of Tree Kangaroo, the Lumholtz and Bennett's, are currently under threat due to habitat fragmentation from human encroachment, car accidents and dogs whose territory they pass through while looking for new homes. 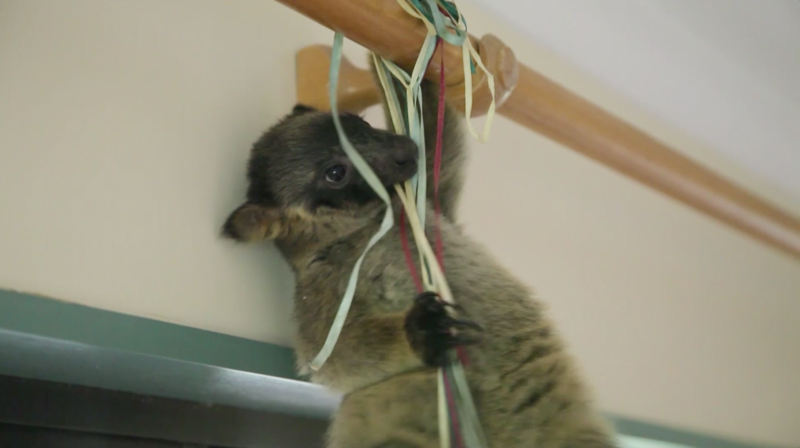 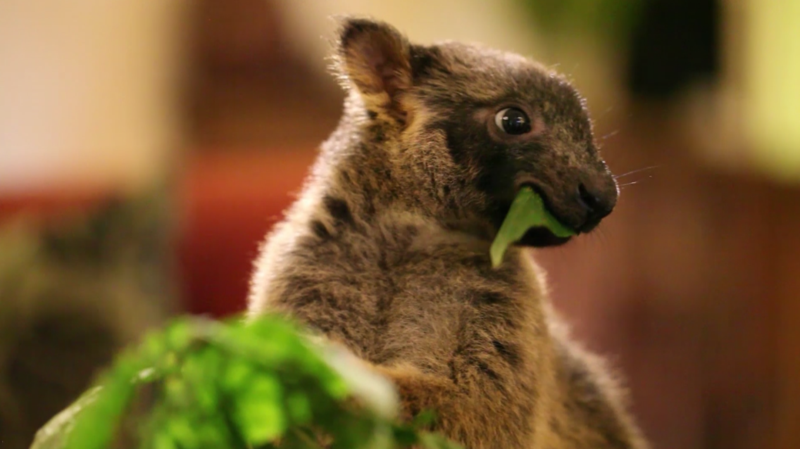 Want to do more to help Tree Kangaroos? Check out the nearby Tree Roo Rescue and Conservation Centre. Video of their current guests below: