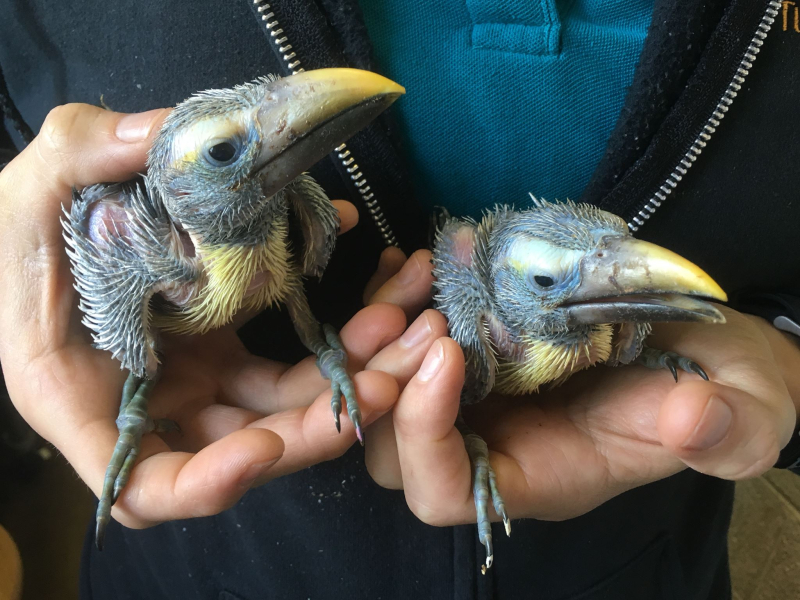 The Tulsa Zoo is proud to announce the hatching of two Toucan chicks.

The pair was recently observed inside their nest box at the zoo’s Conservation Center. They are the first Green Aracaris to have hatched at the zoo since 2013.

According to keepers, the chicks will fledge (develop feathers) at around five-weeks-old. However, the parents will continue to care for and feed the chicks until they are around six to eight-weeks-old.

This hatching at the Tulsa Zoo was in conjunction with the Green Aracaris SSP (Species Survival Plan®), which manages species in Association of Zoos and Aquariums-accredited institutions across the nation. 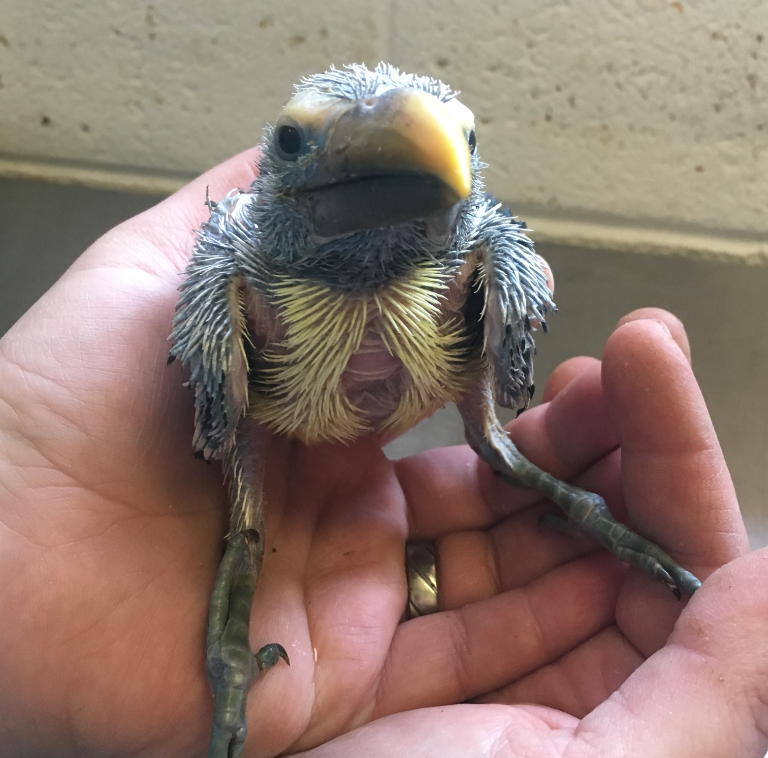 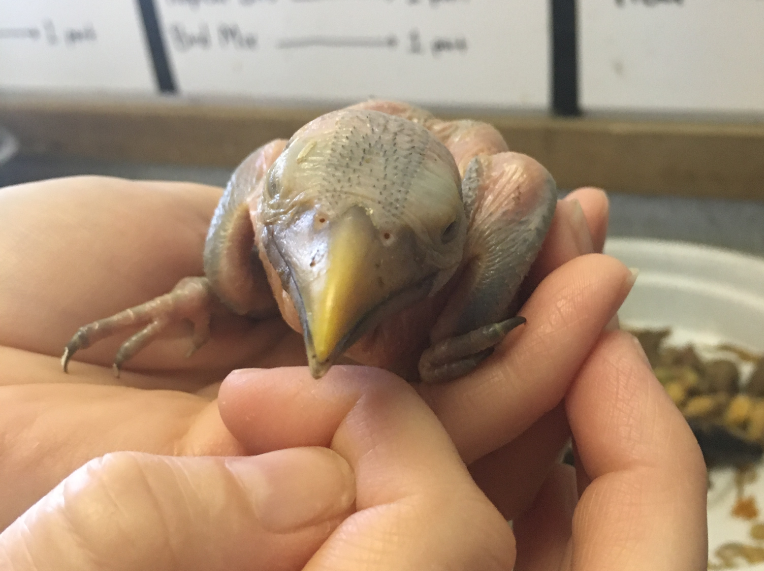 The Green Aracari (Pteroglossus viridis) is a Toucan found in the lowland forests of northeastern South America, in the northeast Amazon Basin, the Guianas, and the eastern Orinoco River drainage of Venezuela. 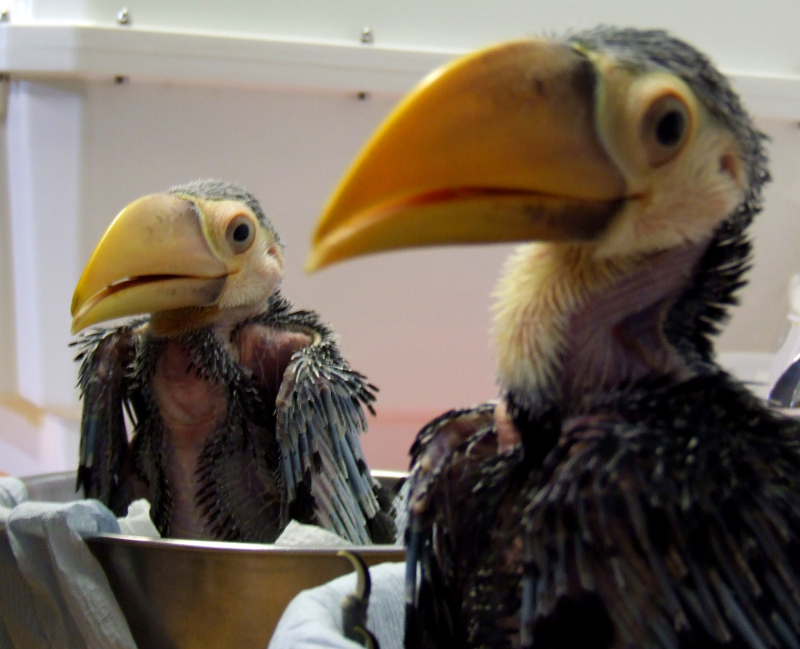 Paignton Zoo Environmental Park is the only collection in the UK to have hatched Toco Toucan chicks this year, and the facility is one of only three in all of Europe to have bred this remarkable bird in 2017.

It’s hard to believe that the two new hatchlings, looking more like comical puppets than growing chicks, will turn into examples of one of the most striking and familiar birds in the world. The Toco is the largest, and probably the best-known, member of the Toucan family. 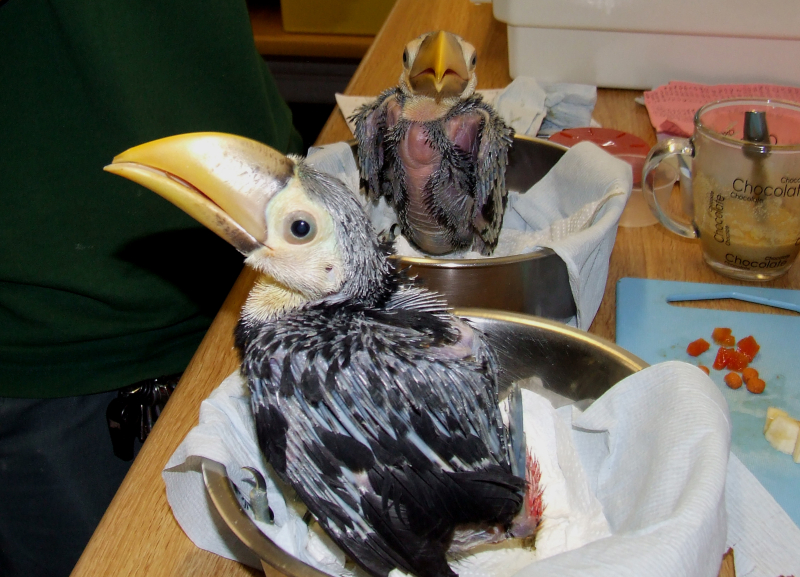 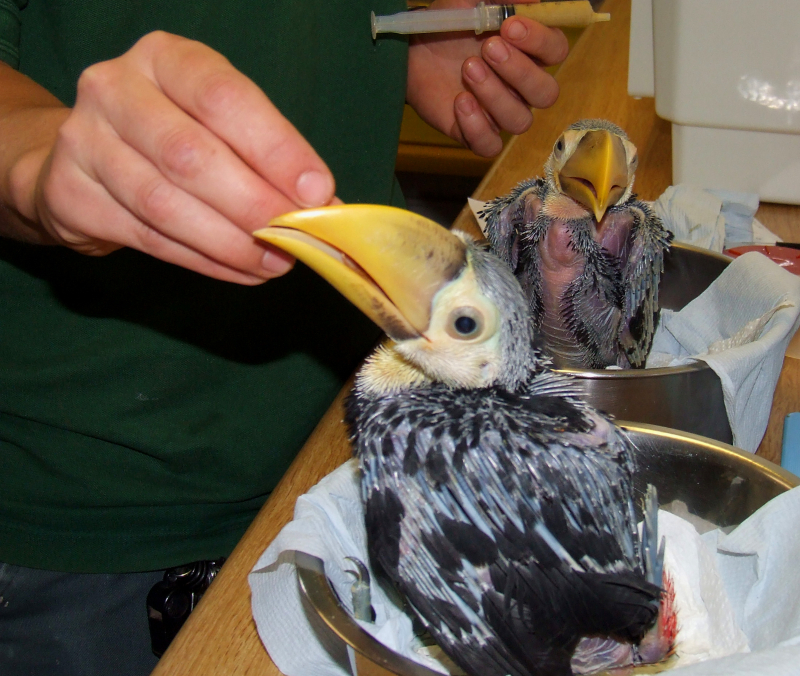 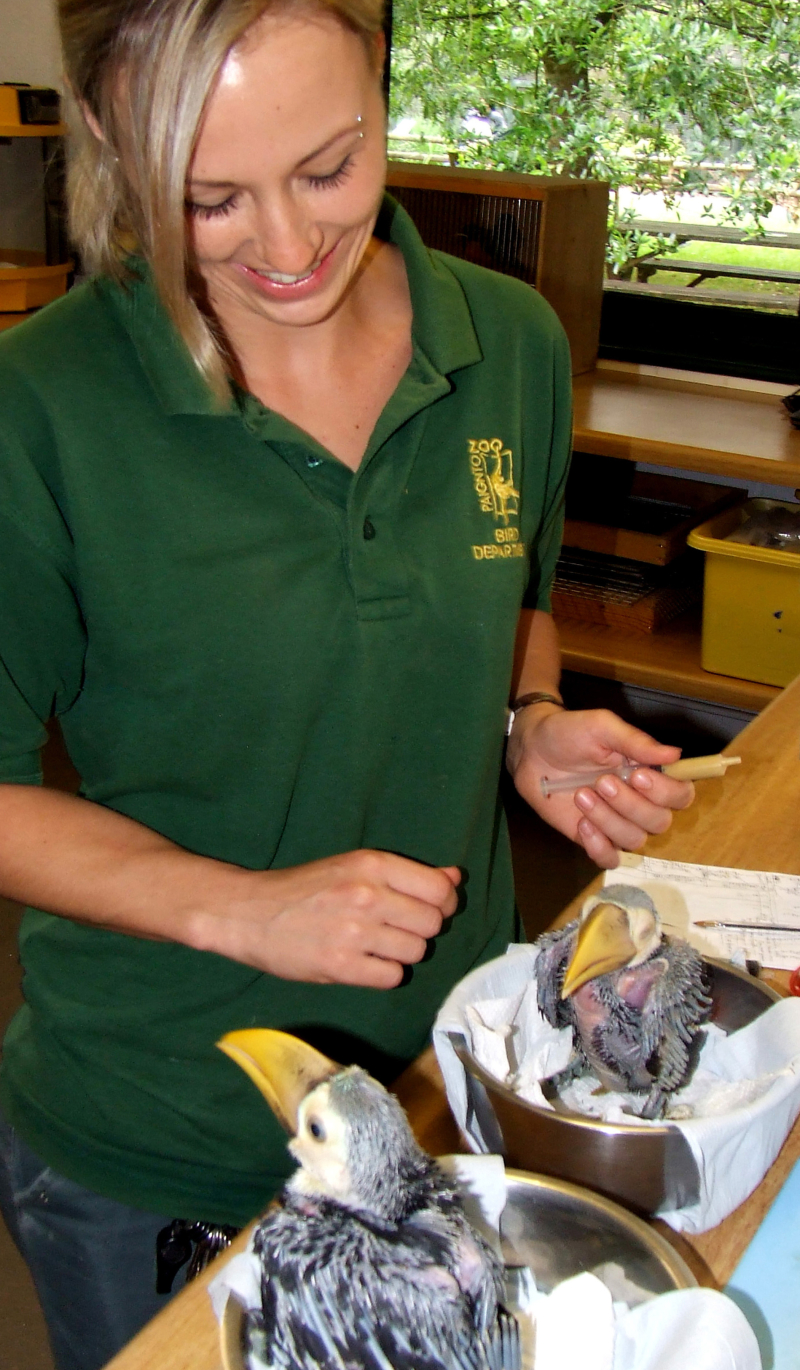 The two are being hand-reared by Paignton Zoo bird keeper, Nikki Watt. Although the parents have hatched chicks in the past, they failed to successfully rear their previous offspring. Zoo staff opted to care for the chicks themselves to ensure their survival.

The chicks are demanding: they are fed first at 7:00am, then every two hours or so until 10:00pm. Each meal of special baby bird formula and fruit has to be prepared and delivered by hand. Nikki records amounts consumed at each sitting.

Now one month old, the pair is doing well and already starting to look more like the recognizable image of a Toucan.

The Toco Toucan (Ramphastos toco), also known as the Common Toucan, Giant Toucan or Toucan, is the largest and probably the best-known species in the toucan family. It is native to semi-open habitats throughout a large part of central and eastern South America. 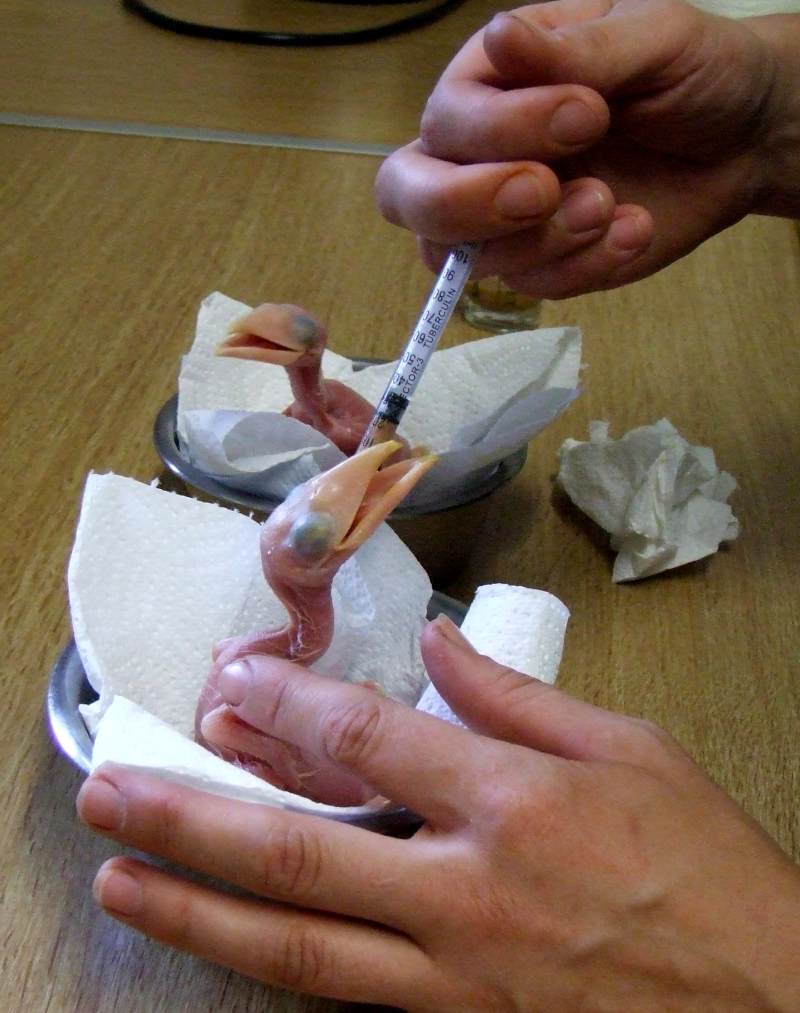 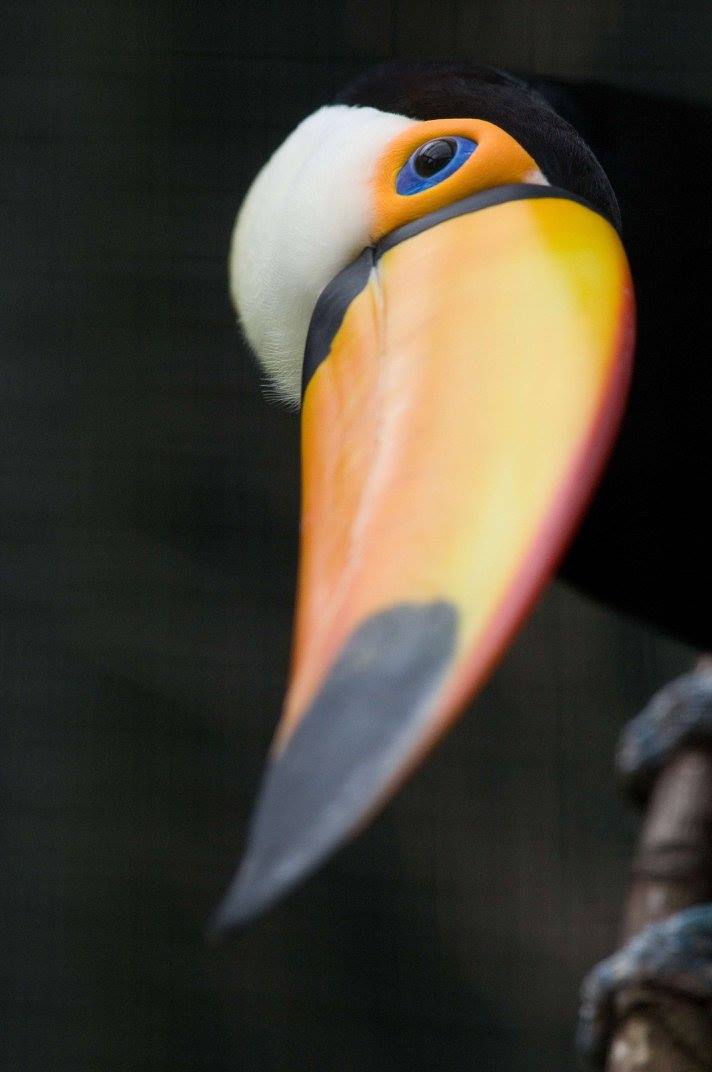 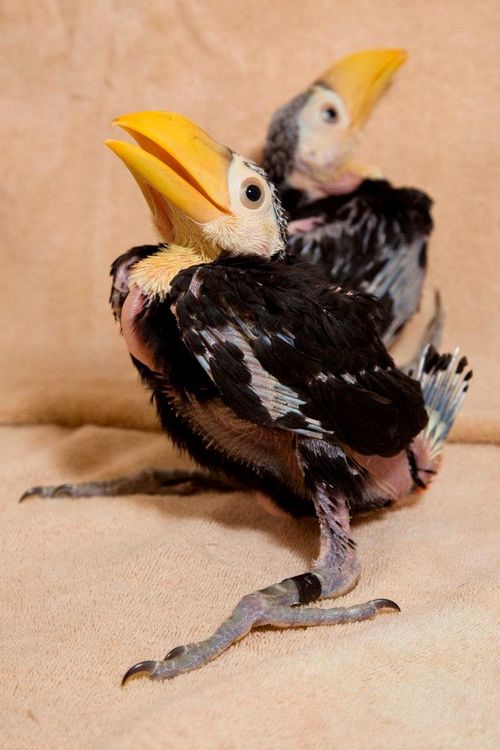 The newest baby birds at Zoo Atlanta may take a little while to grow into their looks. Two Toco Toucan chicks hatched around St. Patrick’s Day – a success for a species that can be difficult to breed in captivity.

The chicks are healthy and thriving in an off-exhibit building, where they are currently being hand-reared by Zoo staff. Toucan chicks have soft beaks, which increases their risk of injury in the first few weeks before they fledge. As a precaution, Zoo Atlanta staff removed the new arrivals from their parents’ nest when the chicks were 3 weeks old.

Native to South America, Toco Toucans are the largest and most recognizable of the toucan species sporting black plumage, white throats and bright orange bills. 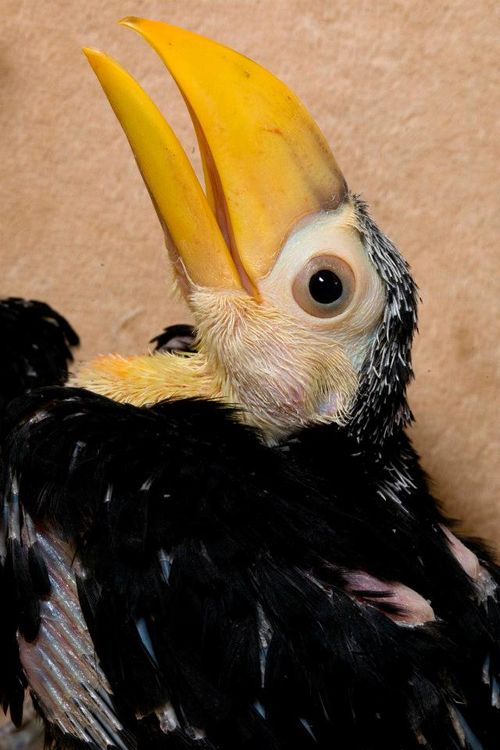 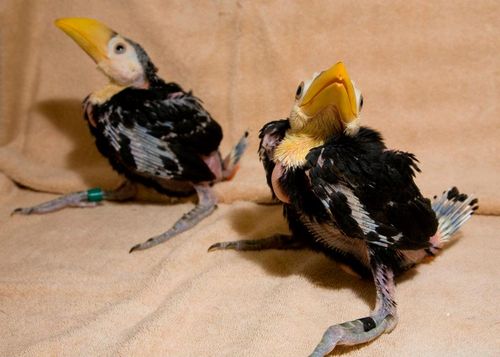 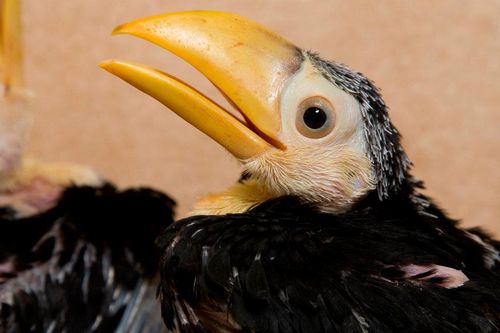 Check out the chicks at just four weeks old below! 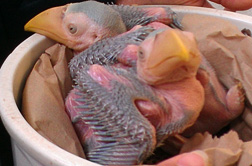