Tiny Snails Are a Big Deal For Conservation 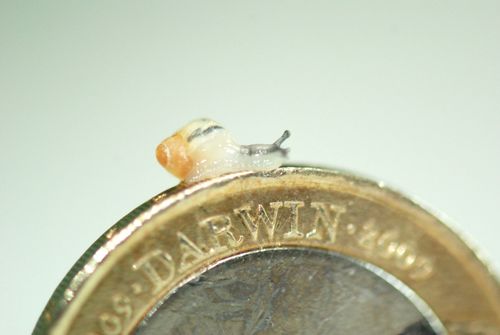 Partula Hebe is one of eleven Snail species that have been extinct in the wild for over 20 years and have only survived due to an international zoo breeding program. The same zoo community, in close collaboration with the French Polynesian Government, has led a field conservation initiative to re-establish these endemic Snails back to their island homes. The Partulid Action Plan aims to reintroduce all surviving species to their island homes by the end of the decade. Bristol Zoo Gardens, ZSL, Edinburgh, Chester and Marwell Wildlife are some of the zoos involved in helping conserve this species. 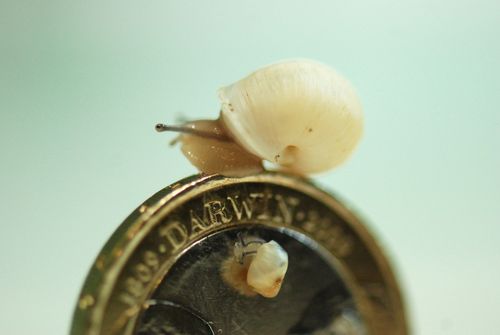 These amazing images show an adult Partula Hebe Bella Snail sharing a special edition Darwin £2 coin with its 3-week-old baby at ZSL London Zoo. The species is one of 10 highlighted by the British and Irish Association of Zoos and Aquariums (BIAZA) as owing its survival to zoos. 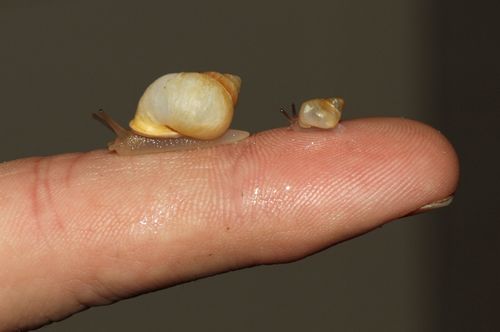 In a battle to save extinct Partula snails, Marwell Wildlife Park is now breeding an additional four species, taking its numbers on show in Encounter Village to more than 800.The park's breeding program now includes eight species of the snail, which are either extinct in the wild or critically endangered. Partula snails have gone into precipitous decline in recent years as they have suffered massively from habitat loss and the introduction of a carnivorous snail. However, The International Partula Conservation Programme has plans to re-introduce the snails into the wild, so there could be hope for the future.

In the wild, the snails were found only on islands in the Pacific Ocean, ranging over 8,000 km from Palau to the Society Islands in French Polynesia. This year, conservationists will be releasing snails into reserves on the islands. They will then be closely monitored until they are released into the wild to fend for themselves. Great care has to be taken when looking after the snails. It’s vital that the snails are kept in the correct heat and humidity and strict sterilization routines are put in place. 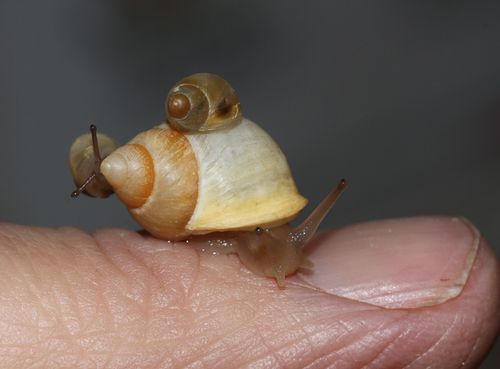 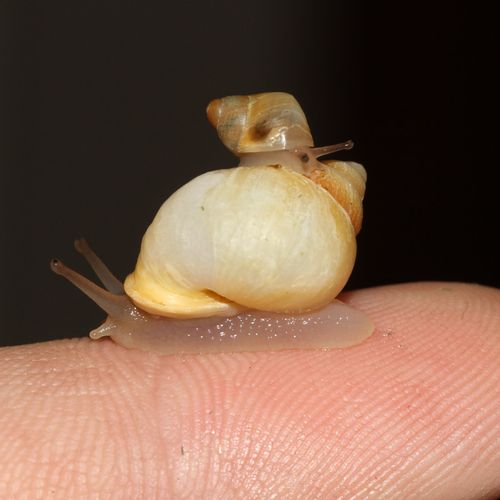 In the 1970s African land snails were introduced to the Pacific islands as a source of food for the local people but they were released when the meat proved unpopular. These snails bred quickly in the wild and started eating crops. In 1974, in an effort to control the land snails, the predatory Florida Rosy Wolfsnail was introduced to the island. Instead of eating the land snails, they fed on the tree snails leading to the extinction of many Partula species. Partulas grow up to 2.5cm in length and give birth to one baby every three months. An adult Partula lives for approximately 10 years. There are 79 species of the genus Partula on the IUCN Red List, 50 of which are classified as Extinct.

One of the world’s most endangered animal species is successfully breeding at Bristol Zoo Gardens. The tiny young French Polynesian tree snails are just 2mm long and are the latest arrivals in the last population of these snails left anywhere in the world. The species, known as Partula faba, which is endemic to the Island of Raiatea, is extinct in the wild, and these last snails have recently been given to Bristol Zoo Gardens in a critical effort to help save the species from total extinction through conservation breeding. 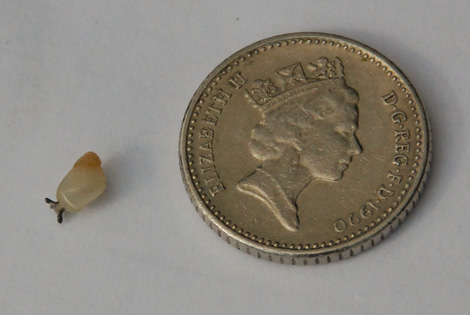 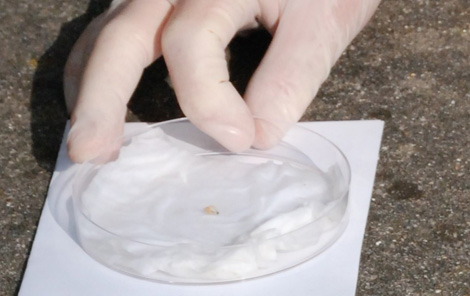