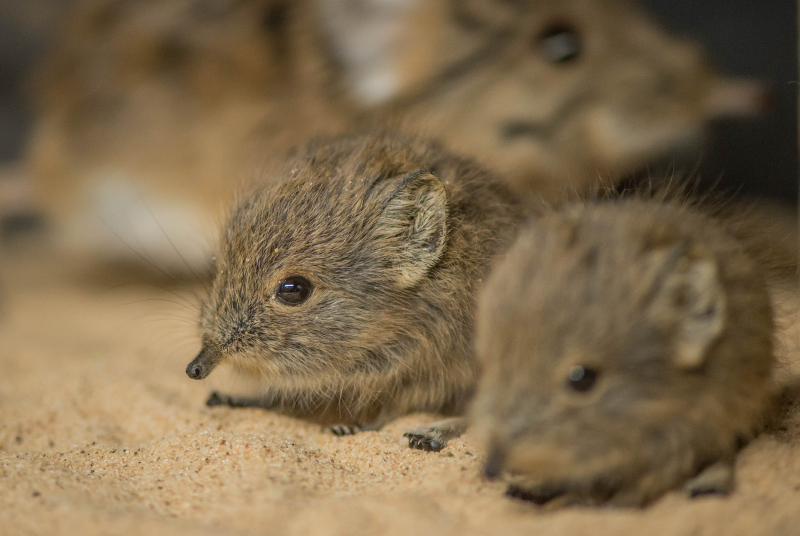 Two baby African Sengis at Chester Zoo named Ping and Pong are about the size of – you guessed it – ping pong balls. The twins were born on May 5.

African Sengis, also known as Round-eared Elephant Shrews, grow to a maximum size of just four inches and weigh 1.5 ounces – about the same as seven US quarters.

Despite their small stature, Sengis have a genetic link to much larger animals, including Manatees, Aardvarks and Elephants. 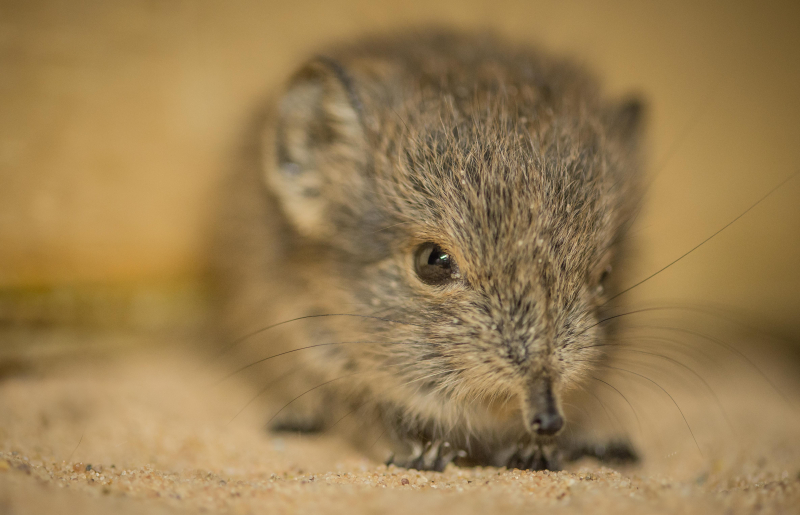 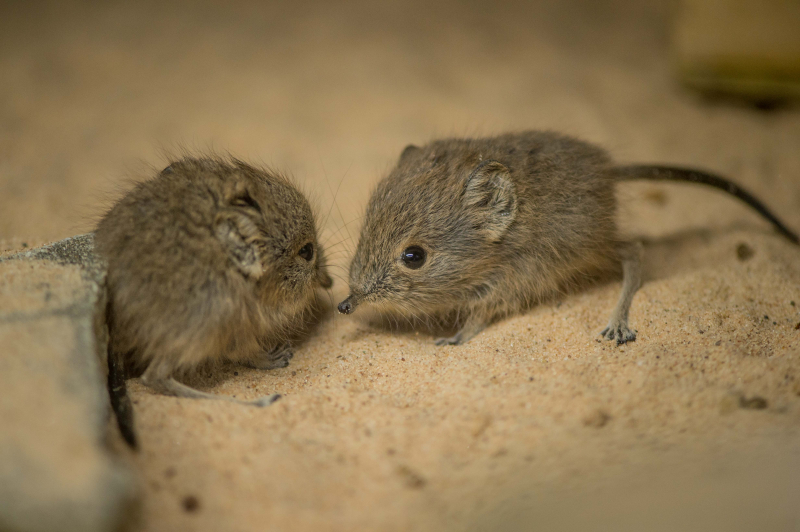 Dave White, team manager of small mammals at Chester Zoo, said, “They may be tiny but our new Sengi duo are hugely fascinating creatures, whose closest living relative is eight thousand times their size. They were once thought to be linked to the Shrew but their genetic makeup is actually closer to that of an Elephant - the giveaway is their amazing trunk-like snout.”

The prehensile snout is used to sniff out insects to eat. The bugs are collected with a quick flick of the tongue.

“Sengis are extremely energetic little critters and have a top speed of 18 mph. If scaled up, they would actually be twice as quick as the world’s fastest land mammal – the Cheetah. They’re incredibly charismatic and one of the very few mammals that pair up for life,” White said.

African Sengis are native to Botswana, Namibia and South Africa where they are found in a range of habitats including deserts, forests and savannahs.

There are nineteen different species of Sengi, and little is known about most of them.  A new species was discovered by conservationists working in Namibia as recently as 2014. 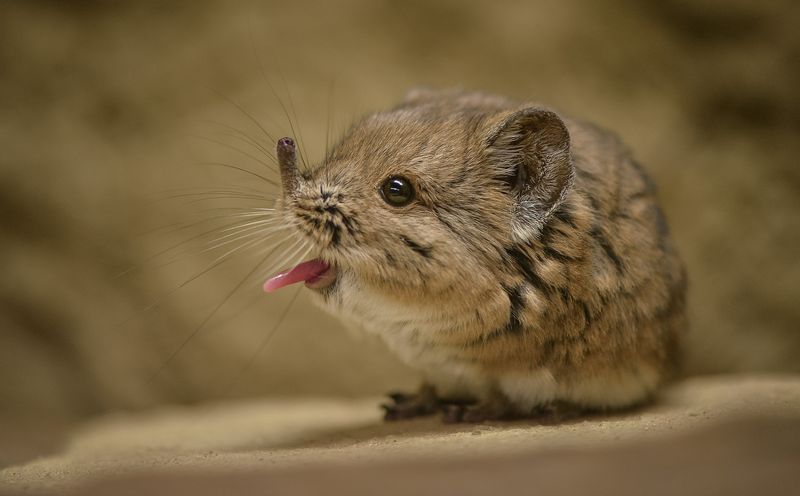 Two tiny, three-month-old Sengis – also known as Round-eared Elephant Shrews – were seen by visitors to the Chester Zoo for the first time this week. 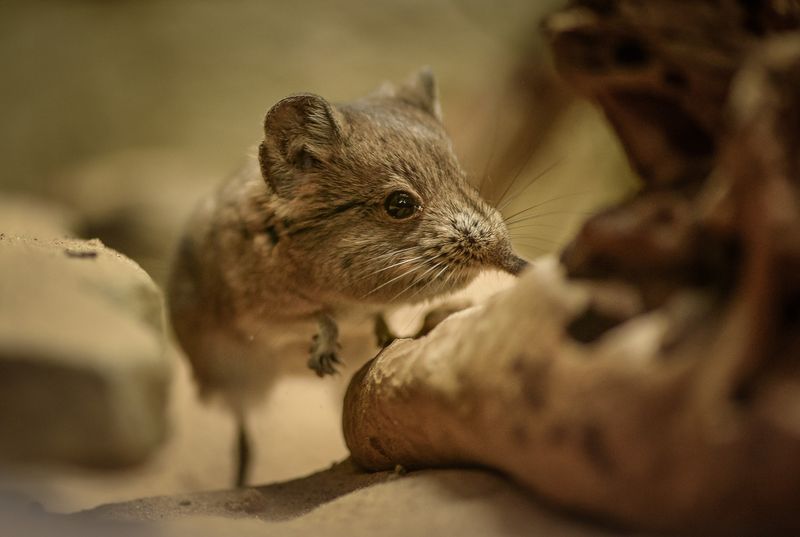 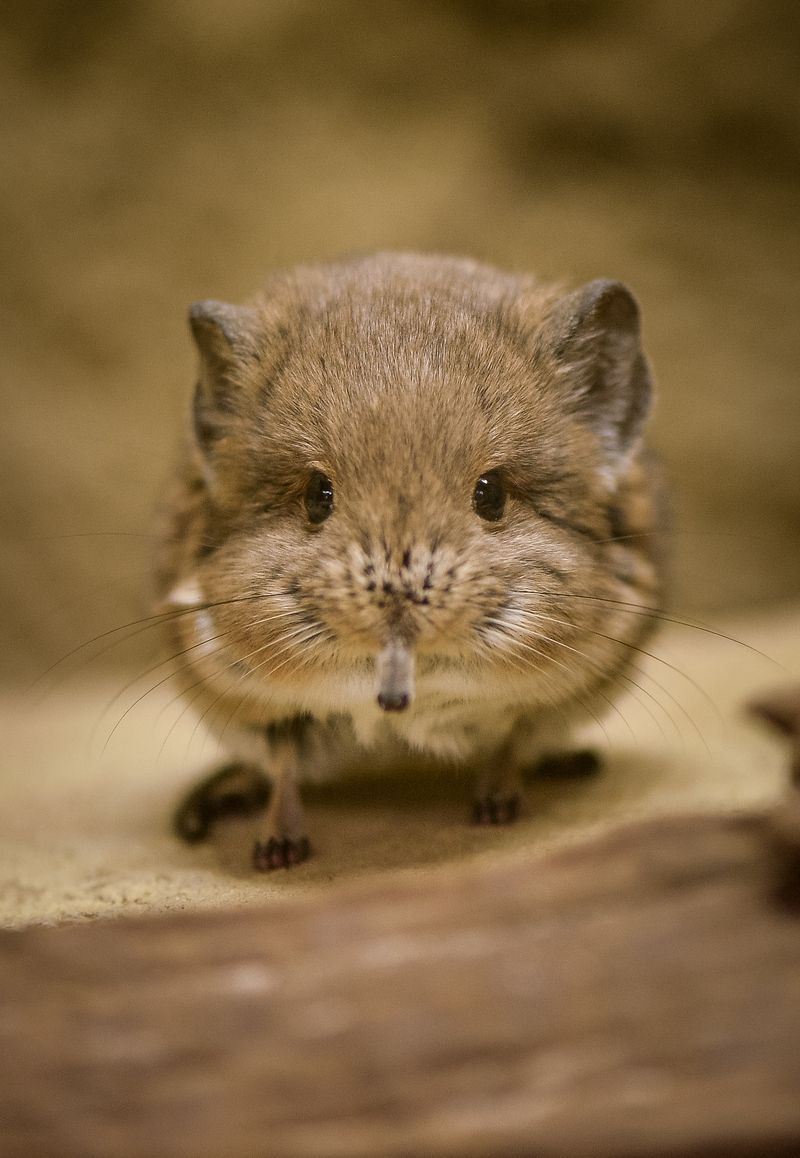 Weighing just one to two ounces (the same as 10 or 20 pennies), Sengis use their long snouts to sniff out insects to eat.  Food is snapped up with quick flicks of the tongue.

With long hind legs, Sengis move by hopping, similar to Rabbits.  They scurry through grass and brush, and dash to safety at the smallest signs of danger.

Sengis are related to Manatees, Aardvarks, Hyraxes, and Elephants.  Despite their former common name of Elephant Shrew, they are not true Shrews at all.  There are 19 species of Sengis, all native to Africa.  Little is known about Sengis’ habits, because they are so elusive in the wild. 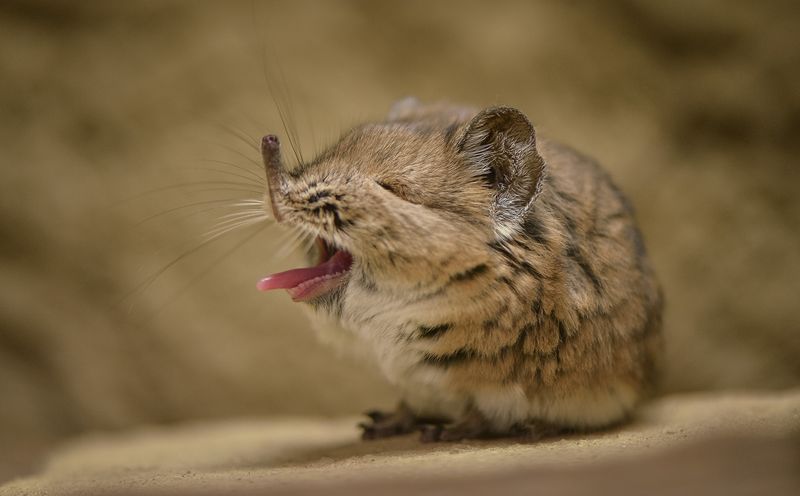 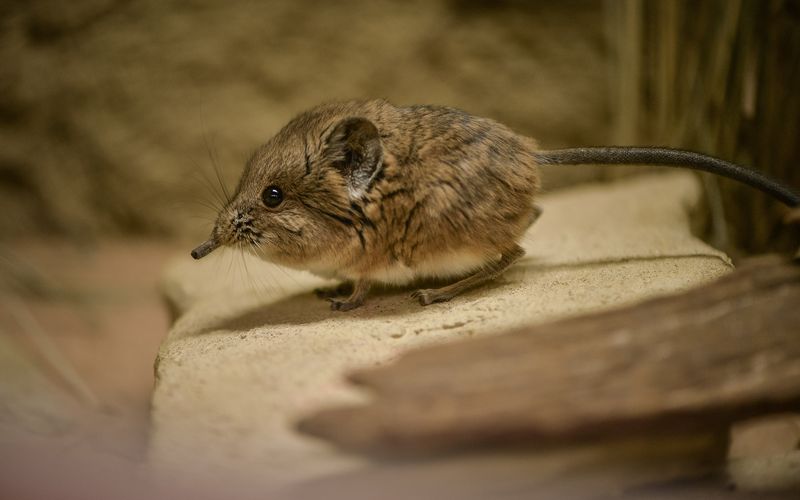 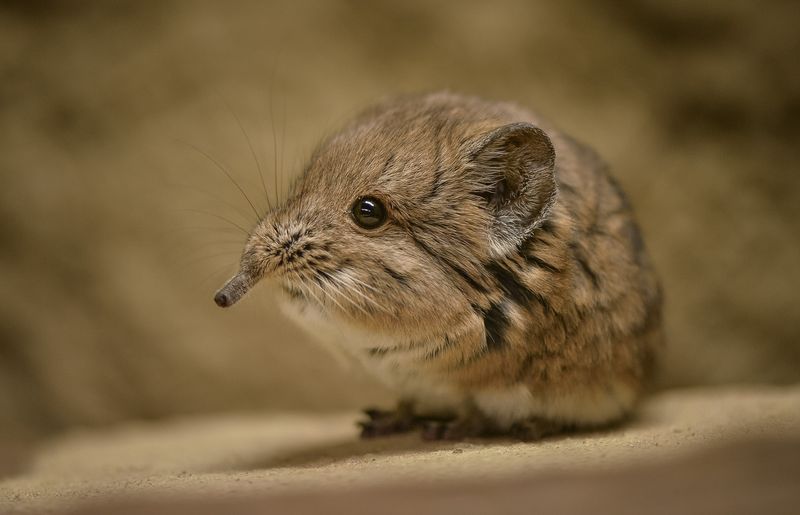