A Great Season for Penguins at SeaWorld San Antonio 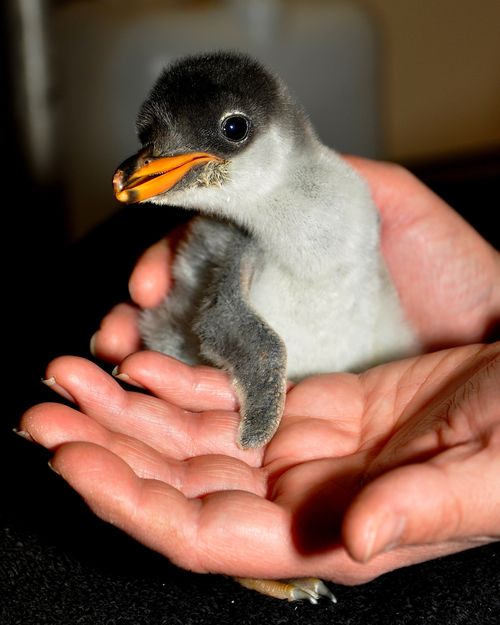 The breeding season at SeaWorld San Antonio begins each year in September, as aviculturists haul in over 7 tons of rocks by the bucket load to form three distinct rookeries, or penguin nesting areas. Highly monogamous, Gentoo, Chinstrap and Rockhopper Penguins typically return to the exact same nesting location, with the same mate, year after year. 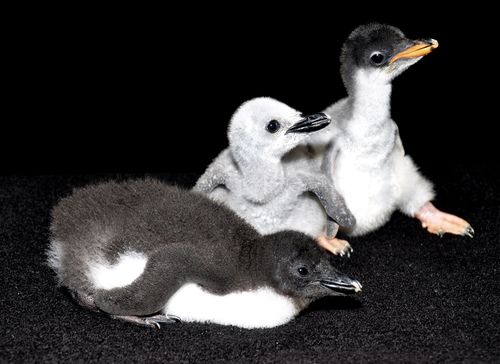 From left to right: Rockhopper, Chinstrap and Gentoo Penguin chicks. 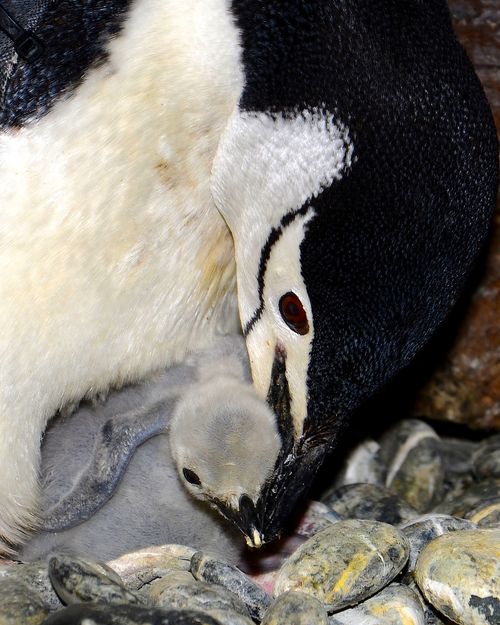 Most of the chicks hatched were incubated by their parents, although foster parents and incubators were utilized when necessary. Because penguins lay their eggs in rocky nests, the shells of the eggs are especially thick and protective. It can take chicks several days to hatch, so aviculturalists keep an eye on the little ones as they peck their way out of those tough eggs.

Right after hatching, the exhausted chicks rest and gain warmth from their parents. After about twenty-four hours, the chicks gain an appetite and both parents take turns regurgitating fish for their young.

The chicks spend their first few weeks of life being kept warm and safe by both parents, who share in the duties of brooding and feeding their youngsters.  Aviculturists carefully monitor all penguin families, and take frequent weights of chicks to ensure healthy growth.

Read more about penguins after the fold!

Who says Easter Chicks have to be yellow? April is a great month in San Antonio, Texas.  Spring is in the air, the temperatures aren’t boiling yet, and the promise of a fun-filled summer lies ahead.  But what Aviculture team members at SeaWorld San Antonio’s Penguin Encounter are most excited about is the abundance of the biggest babies around – King Penguin chicks! While most Penguin species lay two eggs, King Penguins only lay one.  They carefully balance their egg on the top of their feet, and completely cover it with a protective fold of feathered skin known as a “brood pouch.”  SeaWorld San Antonio’s king Penguins start laying their single egg in late December, and as they take approximately 55 days to hatch, the first chicks typically begin hatching in early March.  The newly hatched chicks remain in the brood pouch as long as they fit, but quickly outgrow it and instead stand huddled against their parents. 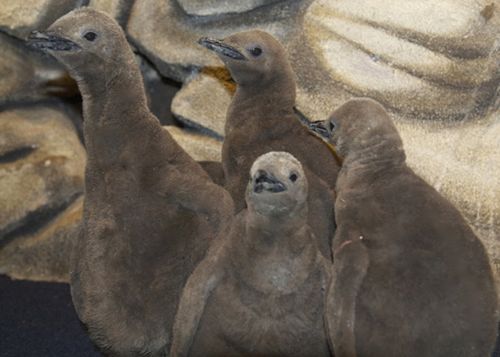 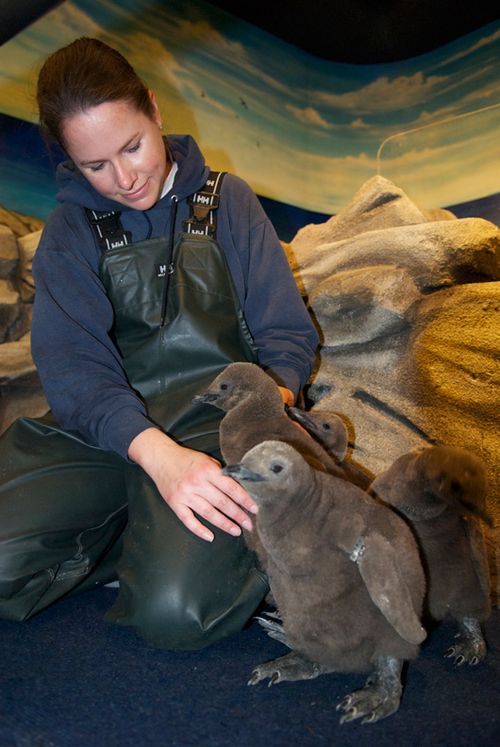 SeaWorld San Antonio’s king chicks will likely be large enough to be easily seen by mid to late April.  They’ll spend the entire summer decked out in a full coat of brown, fluffy chick down, even when they are as large as their parents! 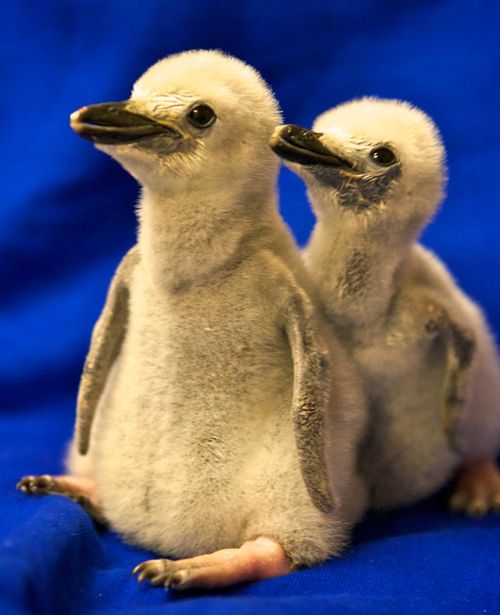 SeaWorld San Antonio’s penguin population has increased with the recent hatching of Gentoo, Rock Hopper and Chinstrap Penguin chicks. This has been the most successful year for Chinstrap Penguins in SeaWorld San Antonio’s history, with nine chicks produced. A soft grey in color, Chinstrap Penguin chicks average about 70 grams when hatched, but easily grow to over 500 grams in just ten days, thanks to the regurgitated fish fed to them by both parents. They will get their distinctive black “chinstrap,” along with their other adult feathers, when they fledge at about three months of age. 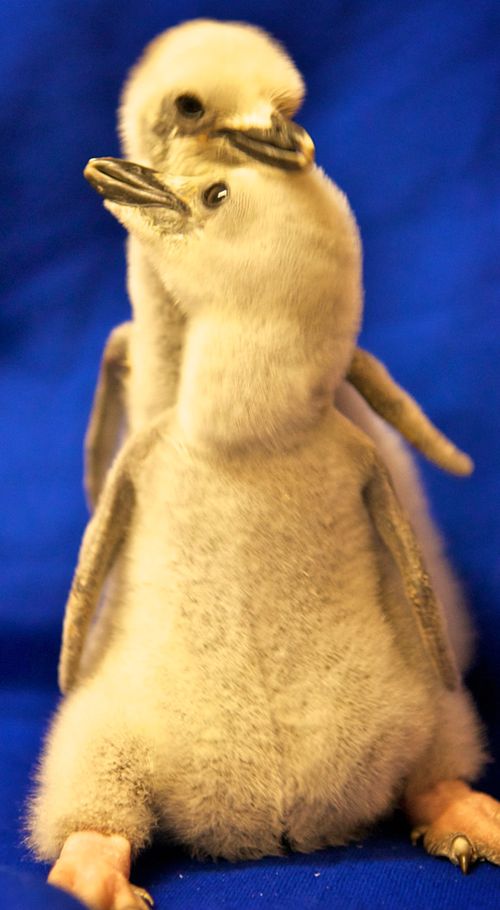 Read and see more below the fold...