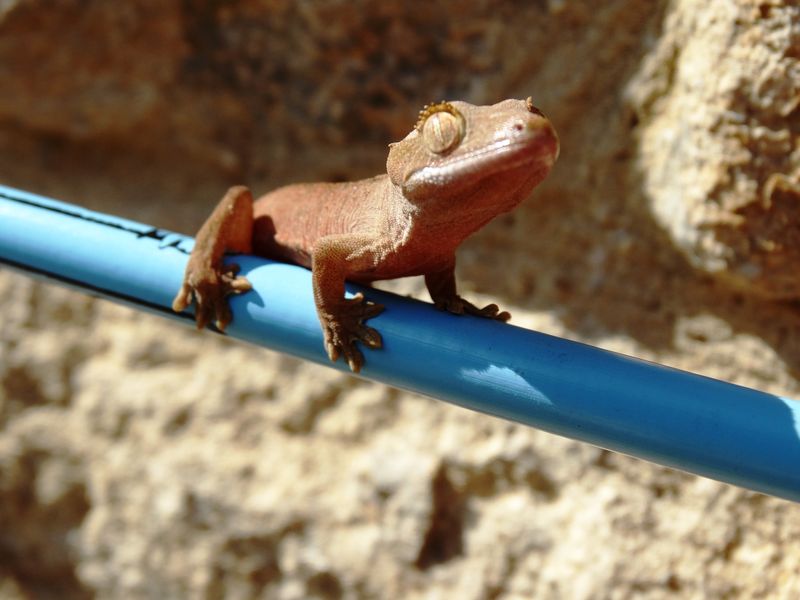 Cotswold Wildlife Park, in the UK, is experiencing a summer baby boom of the cold blooded variety.  The Reptile Section is awash with new births, including some of the smallest newborns in the entire collection. These include: four Mangrove Snakes (bred for the first time at the Park), six Blood Pythons, three Crested Geckos, four Asian Giant Forest Scorpions and a multitude of Lyretail and Checkerboard Cichlids. 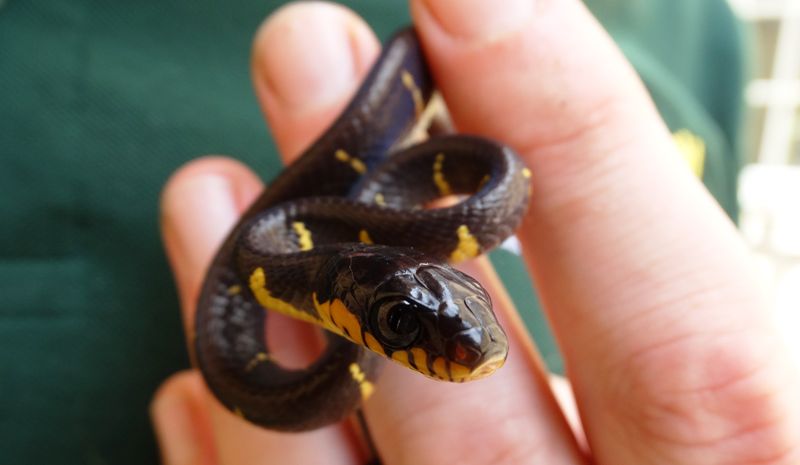 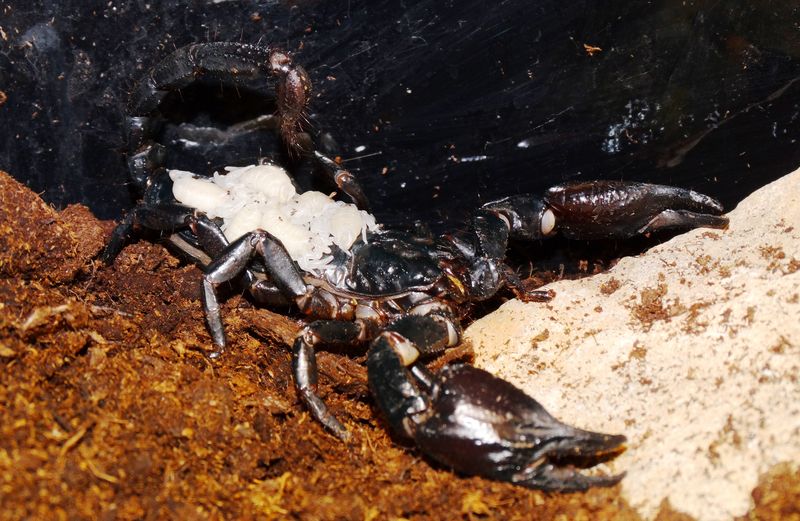 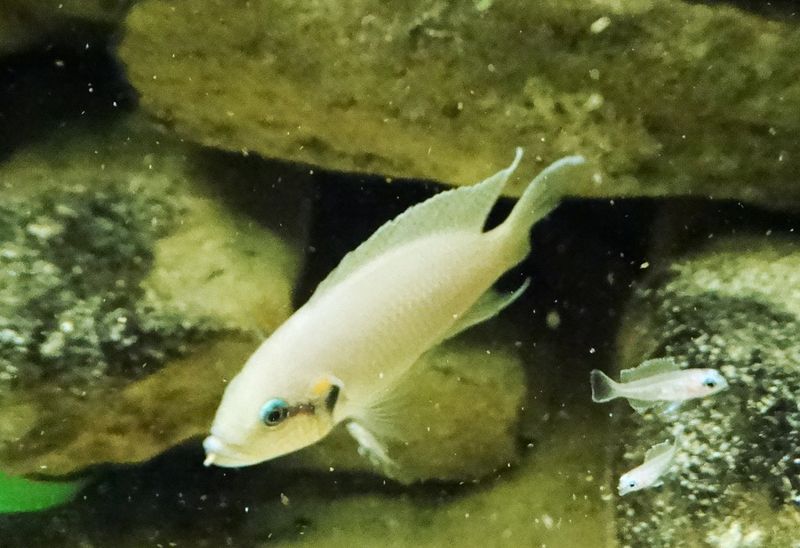 Curator of Cotswold Wildlife Park, Jamie Craig, said, “The Keepers at the Park are delighted with the boom in births and hatchlings in the Reptile House.  It is a real achievement to breed some of these species and a testament to the hard work and dedication of the Reptile Department in species that do not always get the same attention as the cute and cuddly!”

Three Crested Gecko babies were hatched on July 10th. Geckos are one of the most diverse groups of lizards on Earth and are an incredible example of animal engineering. The ribbed flesh on their toes enables them to scale vertical surfaces, even polished glass! Engineers with the US Department of Defense’s research project, DARPA, have been looking into creating ‘bio-inspired’ gloves for soldiers based on the Gecko’s ribbed toes.

The new breeding pair of Mangrove Snakes has successfully produced young for the first time. Two yellow and black striped snakes hatched in June. These reptiles are brilliantly camouflaged in the brightly sunlit, leafy mangrove habitat, making them masters of disguise in the wild. The Park’s Blood Pythons also produced six young.

An unexpected birth came from a new species to the collection, the Asian Giant Forest Scorpion. Keepers were pleasantly surprised when the female produced young just weeks after arriving at the Park. The young are born one by one after hatching and expelling the embryonic membrane. The brood is carried on the mother’s back until the young have undergone at least one molt.

Meanwhile, the Insect and Invertebrate House has seen multiple fish births of two species of Lake Tanganyika Cichlids. The Park’s Lyretail and Checkerboard Cichlids have recently produced young. These fish are secretive shelter spawners, and their fry are smaller than a grain of rice. 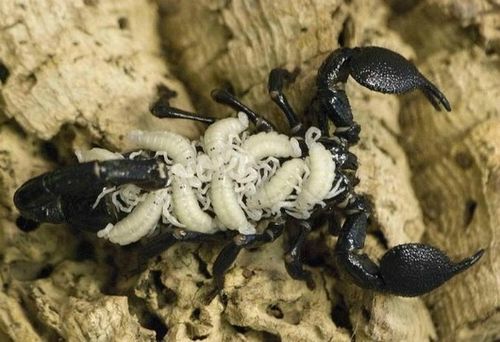 The Elmwood Park Zoo in Pennsylvania recently welcomed a brood of baby Emperor Scorpion known as "scorplings." Unlike most arachnids, baby scorpions are born alive! These tiny scorplings' shells have not yet hardened and they must ride on mom's back for safety. Emperor Scorpions are among the largest and lowest in toxicity, making them a popular pet, so much so that over-collecting could threaten this species in the wild.

Check out their tiny scorpling eyes! 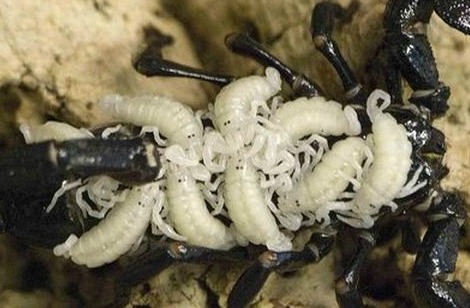