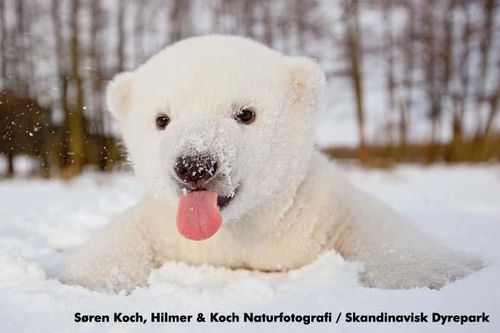 Siku's back, and this time he's making snow angels, and maybe eating a little bit of snow while he's at it! The 73 day old, 10.5 kilogram sensation from the Scandinavian Wildlife Park of Djursland had some time outdoors and posed for another outstanding photo session. We just had to share it! Siku means “Sea ice” in Greenlandic language. 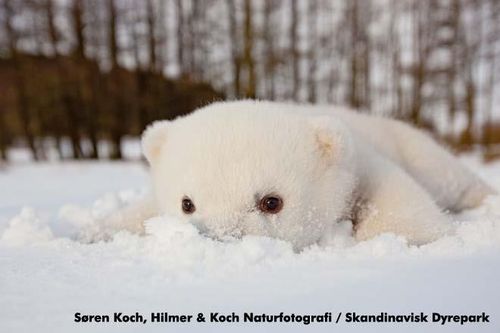 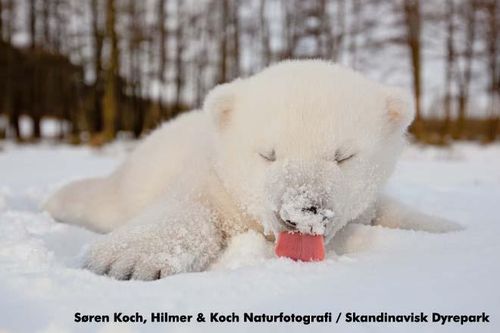 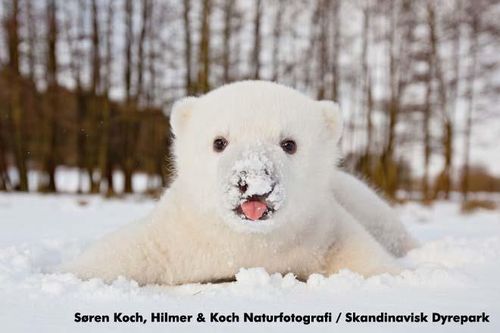 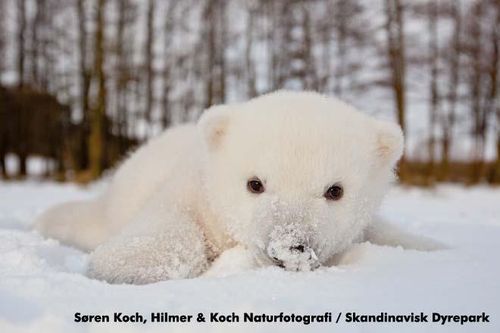 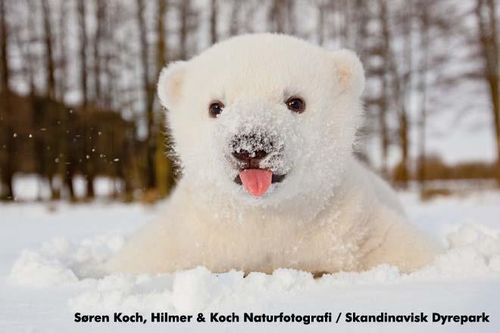 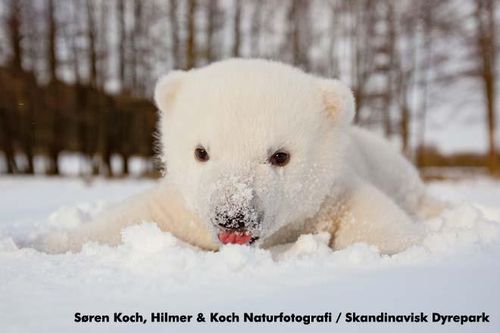 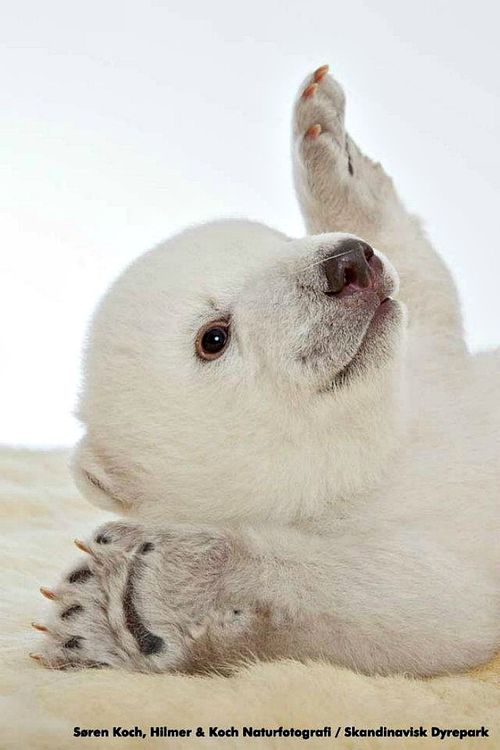 Last seen on ZooBorns at age 32 days, Siku, which means “Sea ice” in Greenlandic language, is proving to be quite a star, having had another photo session at the ripe old age of 52 days. Siku lives at the Scandinavian Wildlife Park of Djursland. 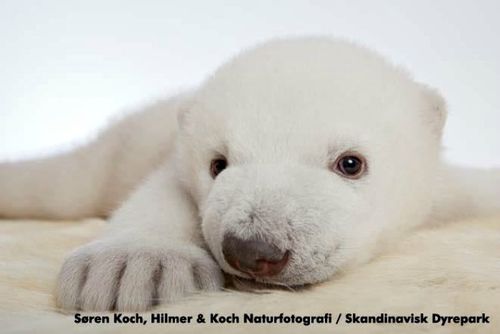 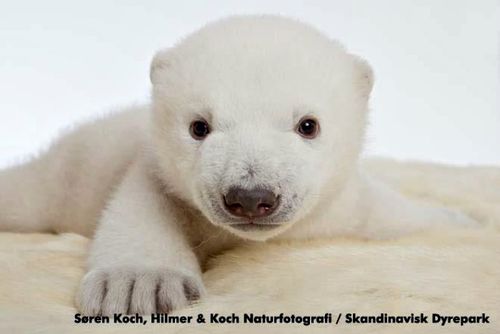 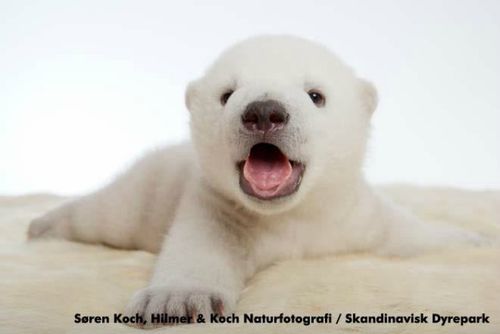 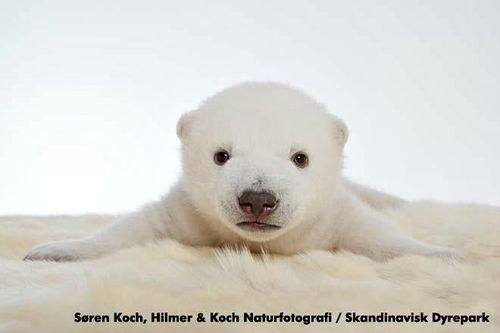 All Eyes On Siku, The Baby Polar Bear Sensation! 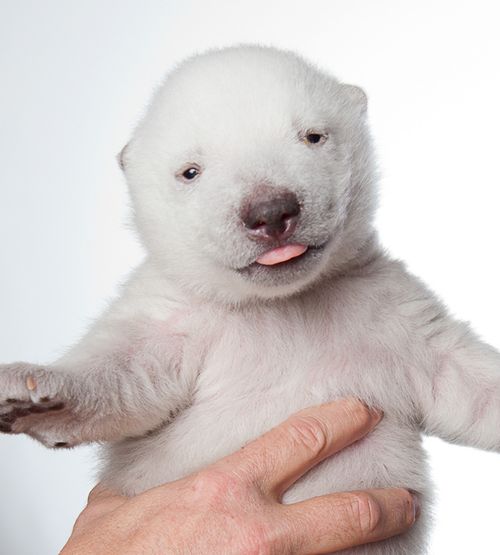 The Scandinavian Wildlife Park of Djursland's (southeast of Kolind, Denmark) female Polar Bear, Ilka, gave birth to a single male cub on November 22. After two days the park decided to immobilize Ilka, because the cub was constantly screaming and very unsettled. Ilka could not produce milk, so instead of leaving the cub to die, keepers decided to try to bottle feed him. Siku is now 32 days old, and weighs 3,200 grams. 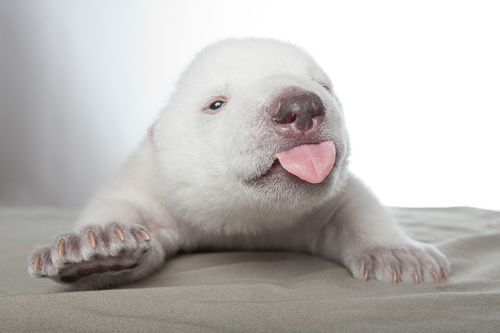 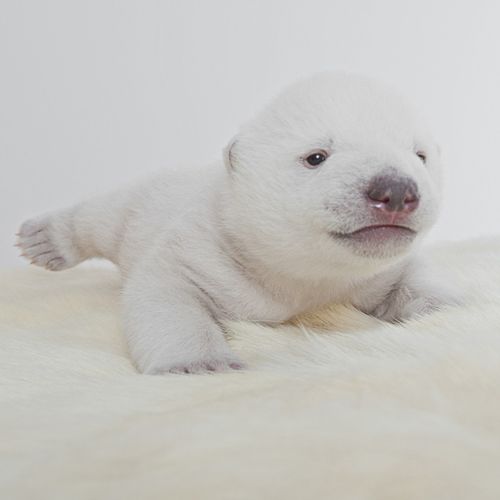 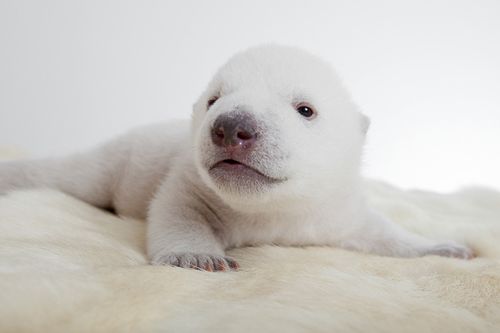 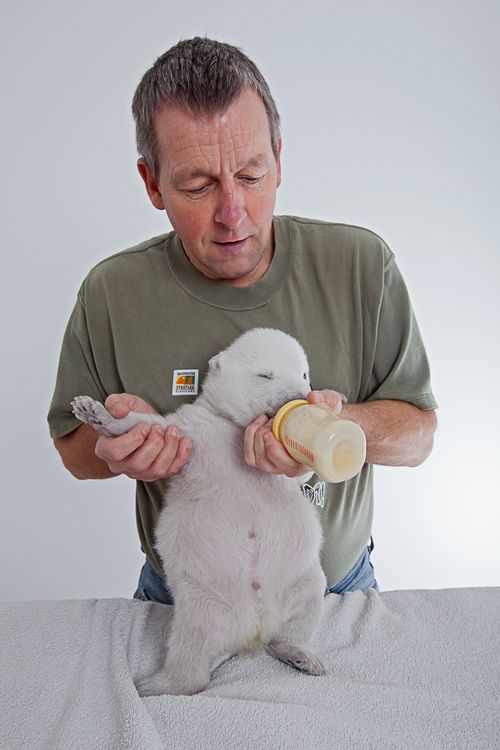 The cub's name is SIKU, which means “Sea ice” in Greenlandic language. The name is symbolic, because Polar Bears are 100% dependant on sea ice for their survival. Polar bears catch all their prey from the sea ice, so no sea ice - no Polar Bears. With sea ice in the Arctic Sea rapidly diminishing, the latest forecasts predict that the Polar Bear may be almost extinct in the wild 40 years from now.

When Mom Can't Feed Her Cub, Zoo Keepers Step In 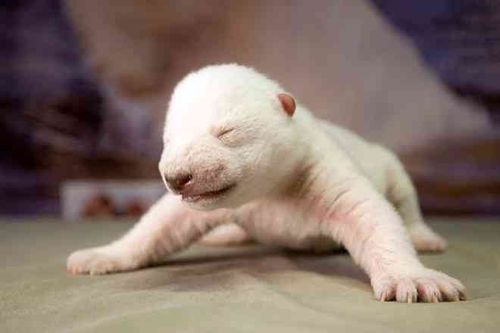 The Scandinavian Wildlife Park of Djursland has been raising Siku, a one month old Polar Bear cub, by hand since his mother was unable to provide enough milk for him. Since birth, the cub has more than doubled in weight, and Zoo officials say little Siku is doing fine. Park Manager Frank Vigh-Larsen says the tiny cub was just two days old by the time it became clear he would not survive without intervention. Three keepers give Siku around the clock care to ensure he continues to grow and develop healthily. 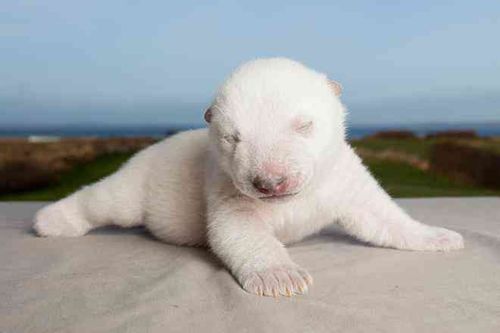 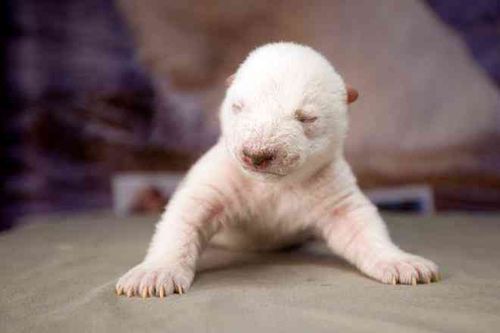 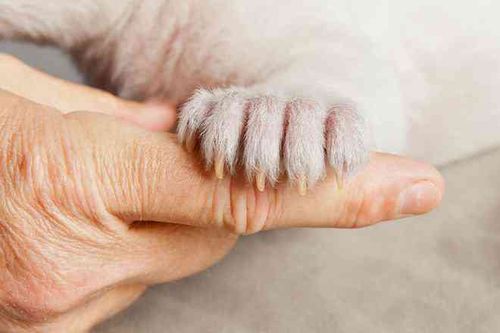