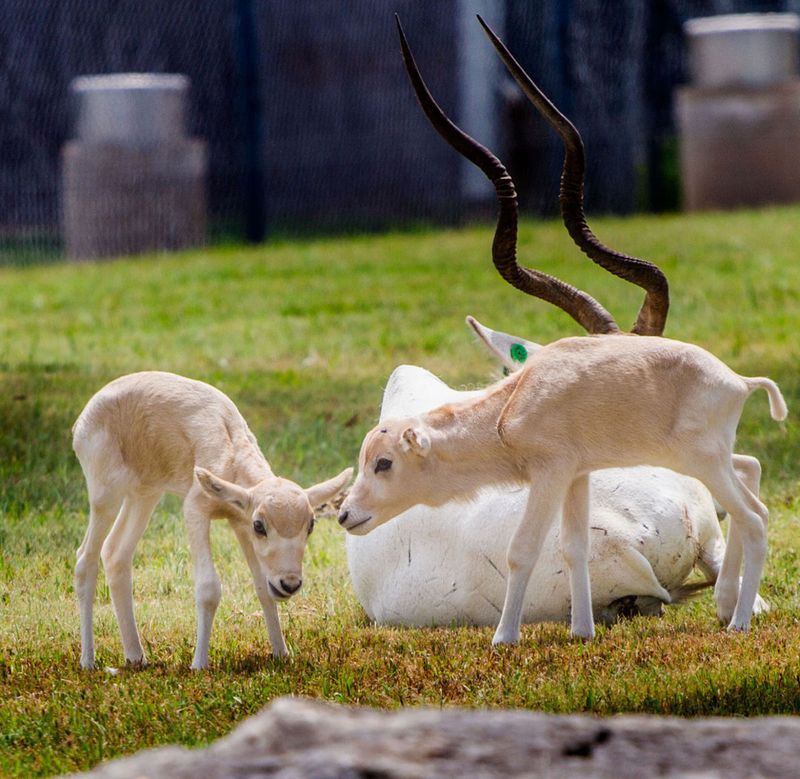 Twin Addax calves were born July 5, at Rolling Hills Zoo, in Salina, Kansas. The twins, male and female, were born to mom, Aamira. 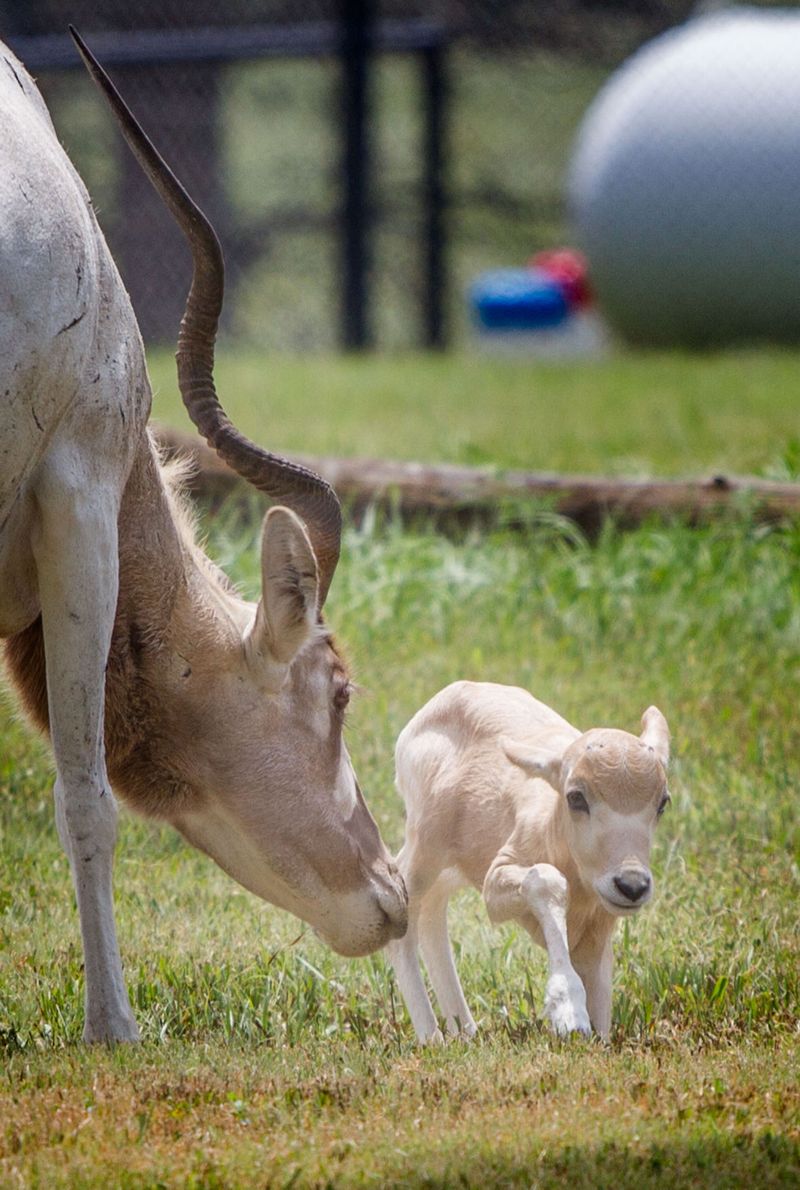 This was Aamira’s first experience with a multiple birth. Peter Burvenich, the zoo’s General Curator, said twin births are extremely rare for the Addax, accounting for only 1 of every 2,500 births.

They are sexually dimorphic, as the females are smaller than the males. The color of the coat depends on the season, greyish-brown in winter and sandy-white in summer.

They mainly eat grasses and leaves of any available shrub, herb or bush. They are also well adapted to desert habitat and can live without water for long periods of time.  The Addax form herds of five to 20 and are led by the oldest female of the group.

The Addax is classified as “Critically Endangered” on the IUCN Red List of Threatened Species. It is extremely rare in its native habitat, due to unregulated hunting. 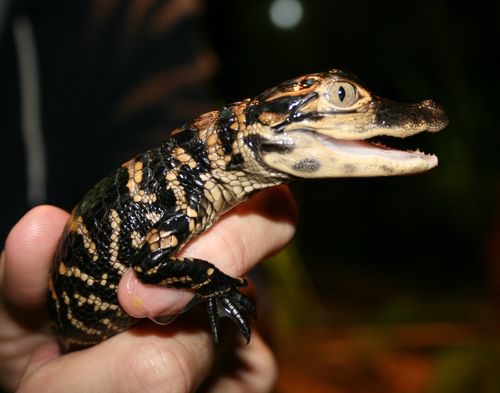 Rolling Hills Wildlife Adventure in Kansas announced the arrival of five baby American Alligators. They hatched on August 13 at St. Augustine Alligator Farm and went on display in the Reptile Building, “These young alligators are incredibly popular”, says Peter Burvenich, Curator at Rolling Hills. “They are quite intriguing to watch – especially when you think about how big they’ll become”.

The American Alligator is listed as “Least Concern” by the International Union for Conservation of Nature. Historically, hunting decimated their population; the American alligator was listed as an endangered species by the Endangered Species Act of 1973. Subsequent conservation efforts have allowed their numbers to increase and the species was removed from the list in 1987. 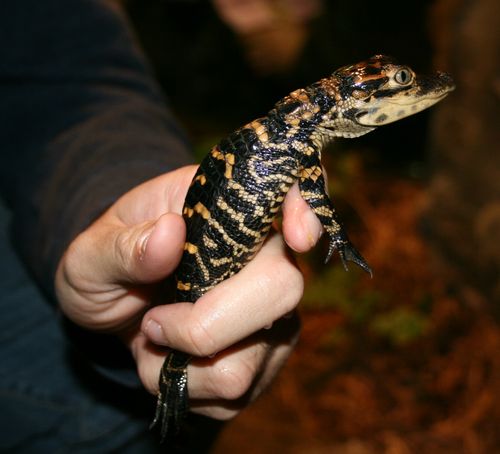 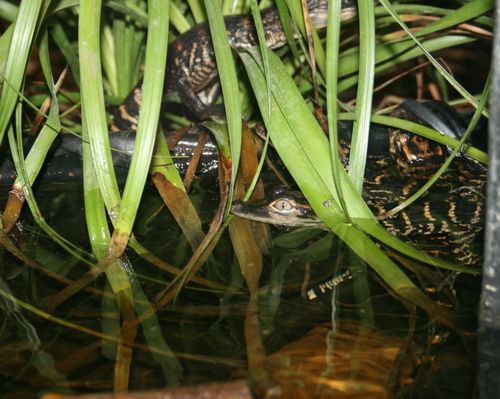 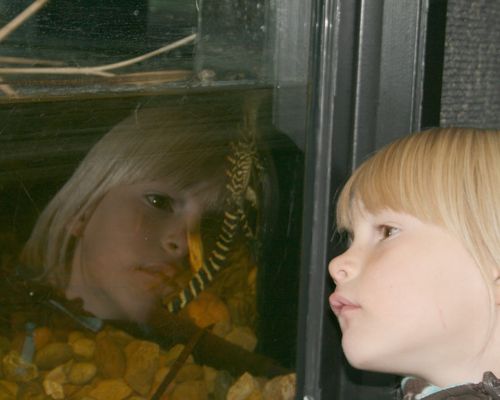 As part of the zoo’s mission to provide fun and educational experiences surrounding the preservation of wildlife, the introduction of these popular reptiles makes an excellent addition. Once they are about a year old, they will go to another institution that can accommodate adult alligators, and Rolling Hills will get another group of hatchlings. All five hatchlings are viewable to the public in the reptile building located at the northern end of the zoo.