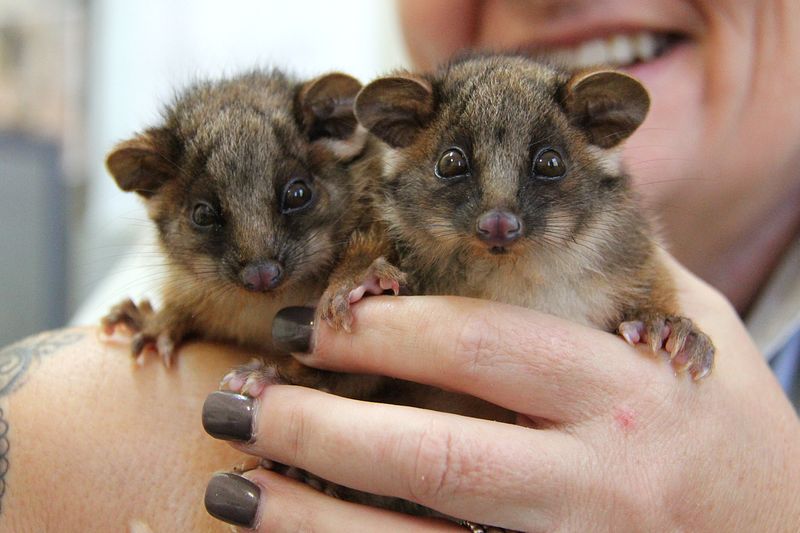 Taronga staffer, Di Scott, is providing round-the-clock care to the twin brothers, carrying a makeshift pouch and waking at 3am to feed and toilet the joeys.

The four-month-old Possums, nicknamed ‘Ernie’ and ‘Bert’, arrived at Taronga Wildlife Hospital with their mother last week. Their mother was left paralyzed after a suspected collision with a car at Northbridge and sadly didn’t survive. 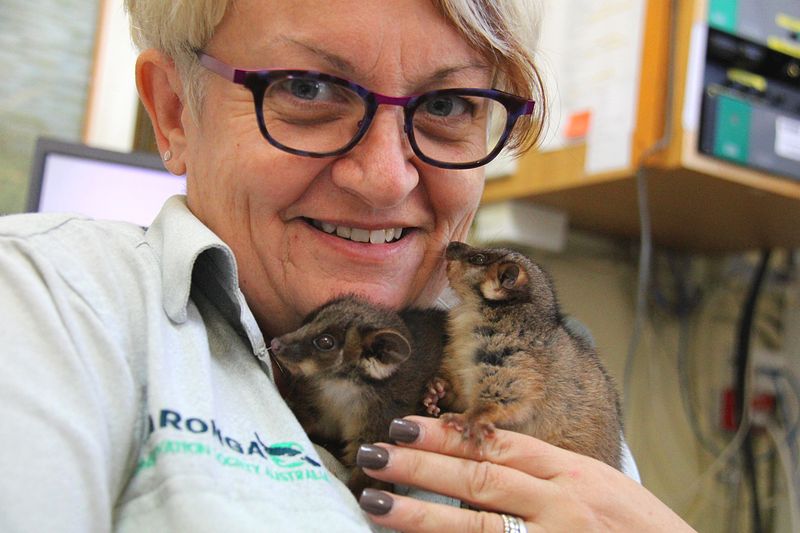 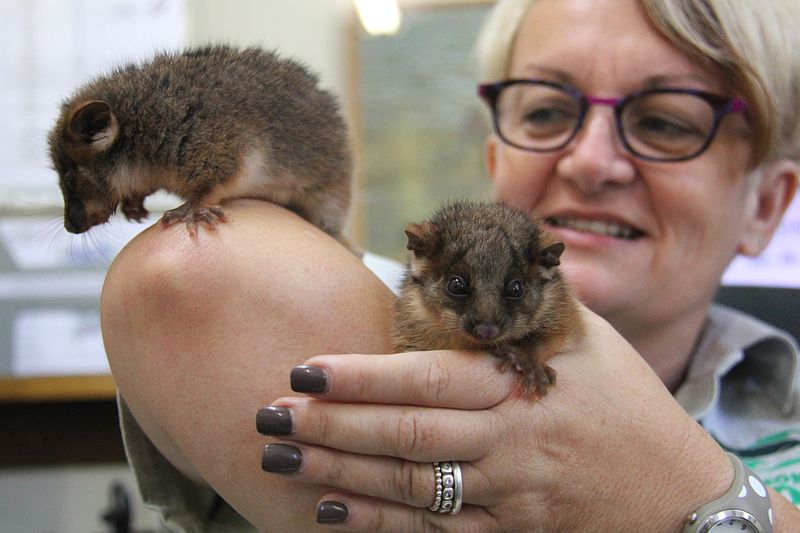 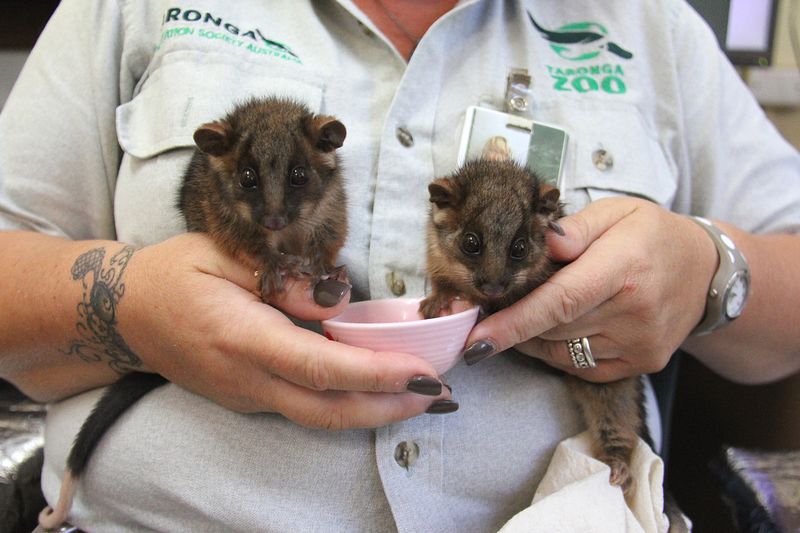 The twins were losing weight rapidly on arrival but have since made a remarkable recovery in Di’s care.

“It was really hard to tell them apart when they arrived, so the hospital staff put a spot of nail polish on one their toes to help with identification,” said Di.

“They’ve actually got quite distinct little personalities. Ernie is bouncy and boisterous, while Bert is quiet and shy in comparison.”

The Possums are learning to lap a special milk mixture from a dish and starting to nibble on solid foods, such as leaves and native flowers.

“I can hear them munching away on the flowers in the middle of the night. Their favorite is bottlebrush and they fight over the same part of the flower-- like true brothers,” said Di.

The twins will remain in Di’s care until they are ready to feed themselves. They’ll then stay at Taronga Wildlife Hospital until they are old enough to begin a soft release program, where they’ll be transferred to a specialized wildlife carer and ultimately released back into the wild.

Di said the Possums’ story should serve as a reminder to watch out for wildlife on the road, as native animals are often hit by cars. 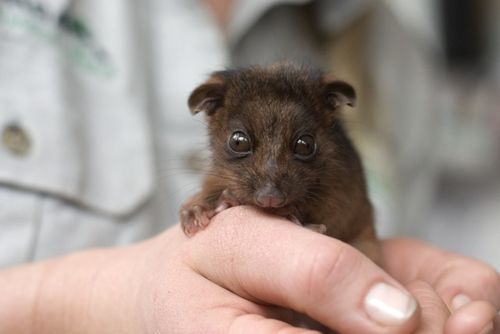 A Taronga Zoo keeper is caring for two Ringtail Possum joeys that arrived at the Zoo via the Taronga Wildlife Hospital. Although they’re about the same age, the little boy is much more fragile than the little female, which was found separately. The male joey was found in a nature strip and it’s thought that after many hours of being unable to feed from his deceased mother the youngster ventured out of the pouch looking for food. Lucky for him a Good Samaritan saw the joey and brought him into Taronga's care. Taronga officials reminded the Australian public, "With spring almost here there will be lots of young about, so if you see a dead possum please check its pouch." 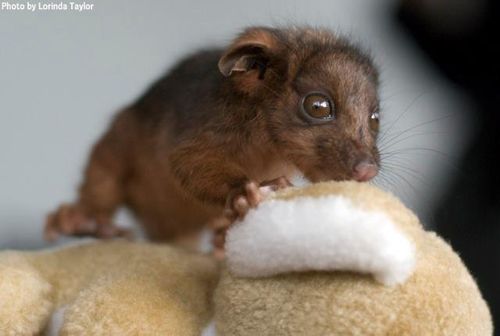 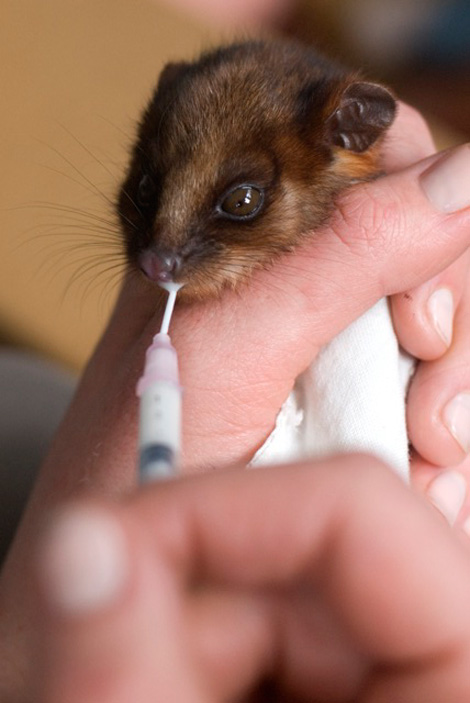 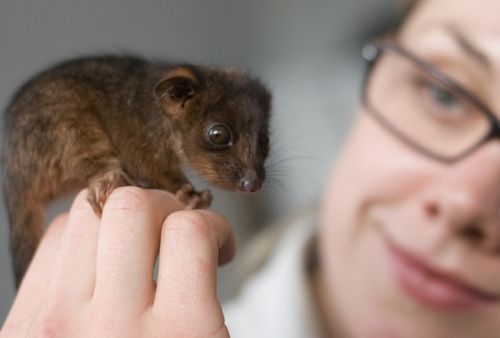 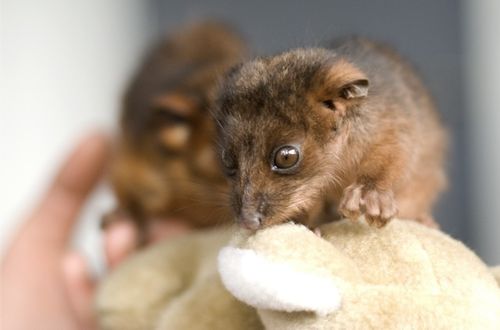 Follow ZooBorns across all your favorite social media and get timely updates...

Meet Swiss, a Little Ringtail Possum on the Mend 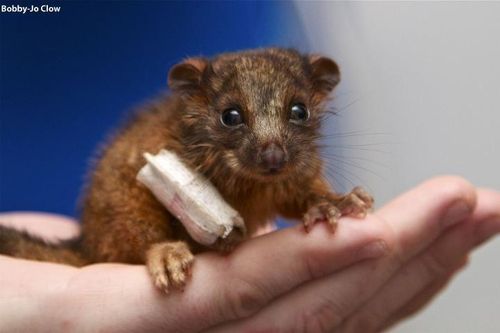 Meet Swiss, a tiny Ringtail Possum orphan being looked after by her new surrogate mum and elephant Keeper Bobby-Jo at Australia's Taronga Zoo. Swiss and her sister Miss both came in to care after a good Samaritan found them. Vets at Taronga’s Wildlife Hospital think Swiss fractured her wrist when her mother died, but with a tiny splint on her wrist, the two are doing well in Bobby-Jo’s care. Follow Swiss and other Taronga Zoo critters on their Facebook page.

In the wild, Ringtail Possums live in communal nests where they sleep by day and socialize by night.