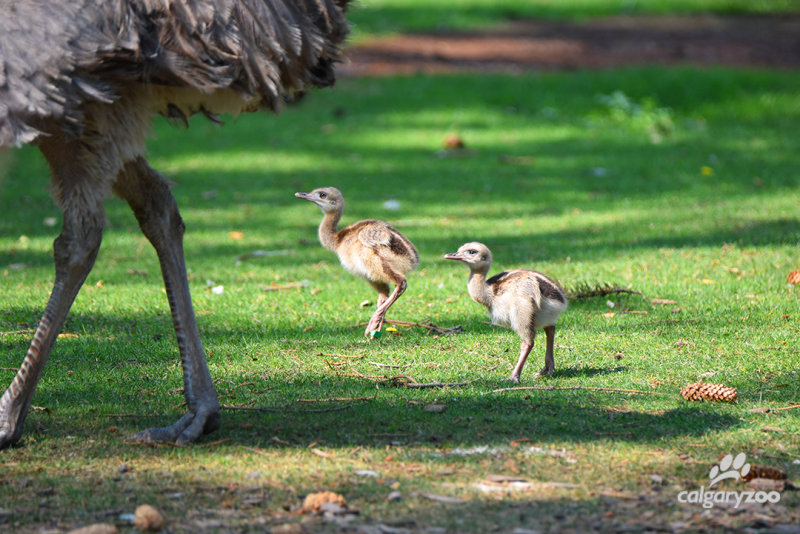 The Calgary Zoo is thrilled to announce the arrival of two Greater Rhea chicks. The yet unnamed chicks emerged August 3 and 5 and are the first of their kind to hatch at the Zoo.

“Within Greater Rhea flocks, the males take on the dominant parenting role, by building nests, incubating eggs and caring for the newly hatched chicks,” says Colleen Baird, General Curator, Calgary Zoo. “Our male, Jekyll has been doing an amazing job and we are so pleased to be able to contribute to this threatened bird species.” 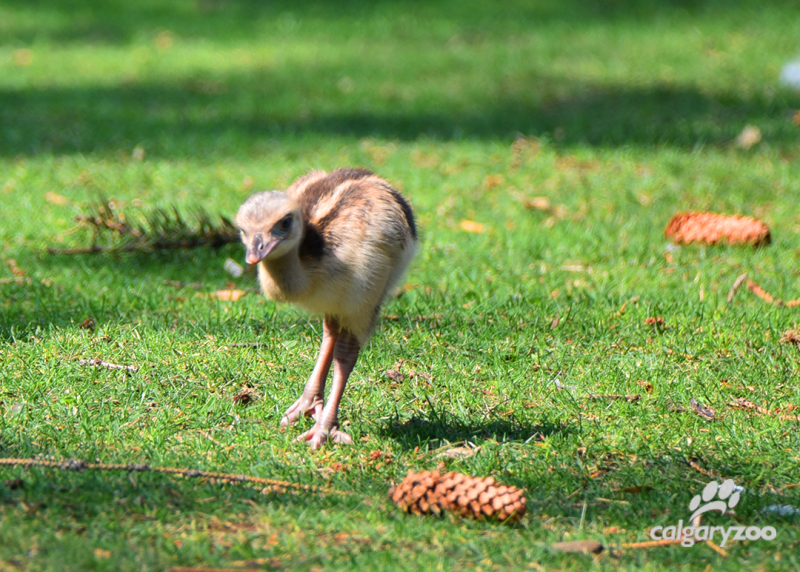 The Greater Rhea is flightless and the largest bird in South America. Related to the Ostrich and Emu, they are classified as “Near Threatened” by the IUCN and are part of the Species Survival Plan (SSP), which is designed to ensure genetic diversity and safeguard a species-at-risk population.

In the wild, Rhea populations are declining due to hunting, habitat loss and fragmentation. Conservation efforts are focusing on illegal trade and protecting the birds’ remaining natural habitat. 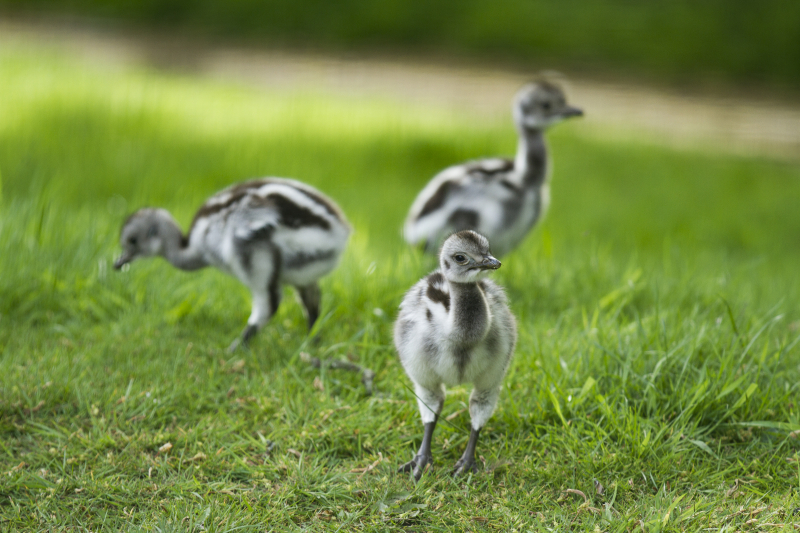 RZSS Edinburgh Zoo bird keepers are delighted to announce the arrival of three Darwin’s Rhea chicks. The trio can be seen running around their enclosure, alongside protective dad, Ramon.

Bird Section Team Leader, Colin Oulton, said, “We are really excited to see the three chicks doing so well and following dad around the enclosure. A Darwin’s Rhea can run at speeds of up to 37mph, so our keepers will soon be easily outpaced by the new arrivals.”

“With Rheas, it is the male that does all the egg incubation and rearing and, so far, dad Ramon has been doing a fantastic job. Rhea chicks grow very quickly and our chicks are already finding their stride. We are carefully monitoring them and can’t wait to see them become more confident and begin to take on their own personalities.”

Oulton concluded, “We have had great success breeding our Rheas in the past and to have chicks again this year is a great testament to the hard work the team have put in.” 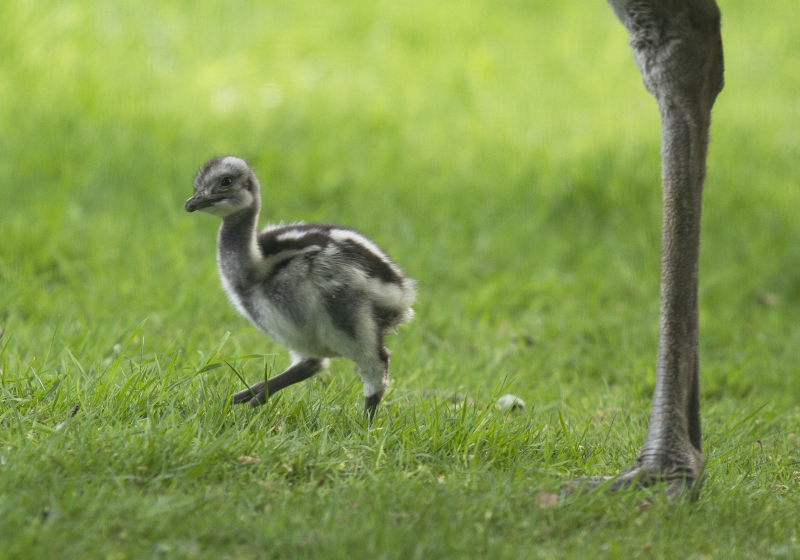 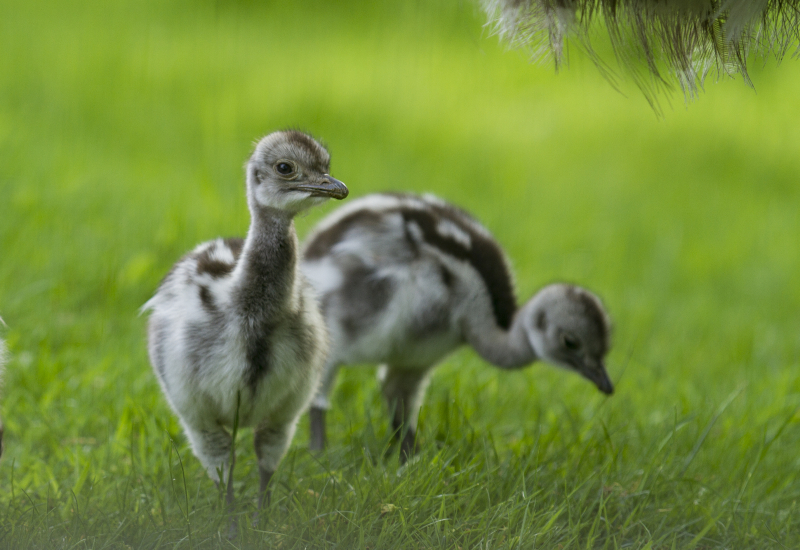 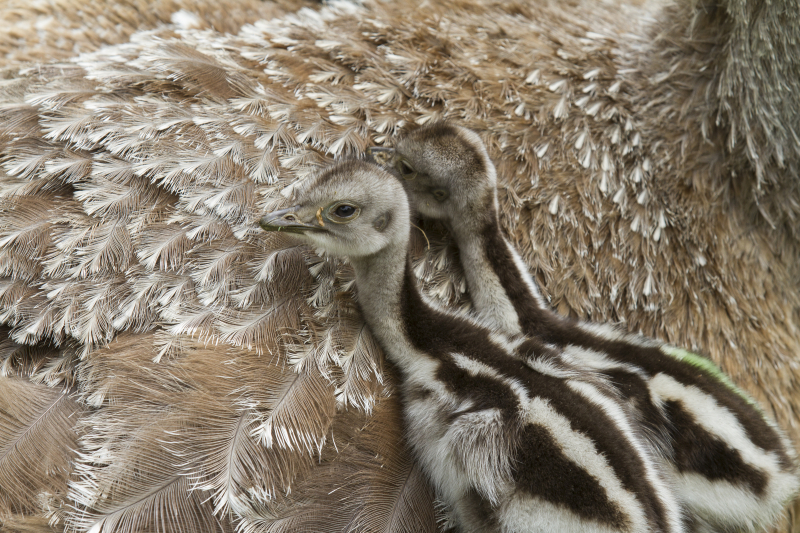 Darwin's Rhea (Rhea pennata), also known as the Lesser Rhea, are found in the Altiplano and Patagonia in South America.

They are “ratites”, a group of flightless birds that includes the African Ostrich and the Australian Emu. The Darwin’s Rhea has relatively larger wings than other ratites, enabling it to run particularly well. It can reach speeds of up to 60 km/h (37 mph), enabling it to outrun predators.

Although the species has been recently reclassified by the IUCN to a status of “Least Concern”, the population is reportedly decreasing. Some of the major threats to this species include: hunting, egg-collecting, persecution by human populations, and habitat destruction from farming and conversion of land for cattle grazing. 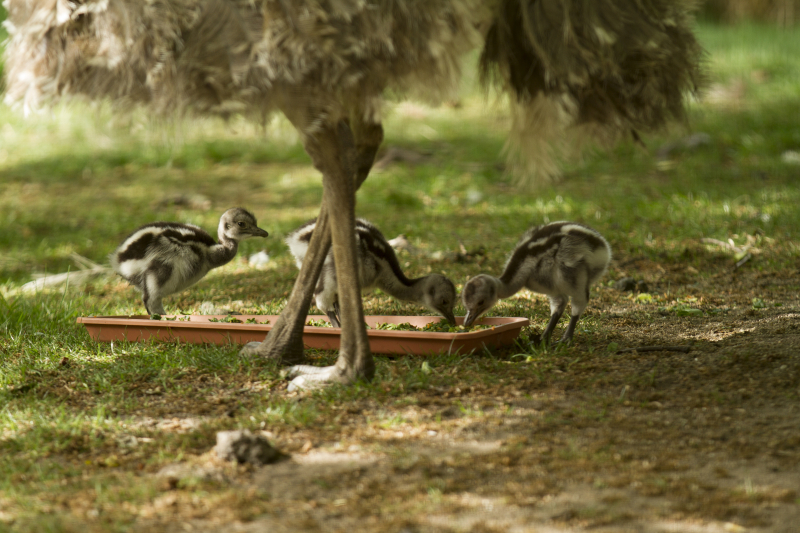 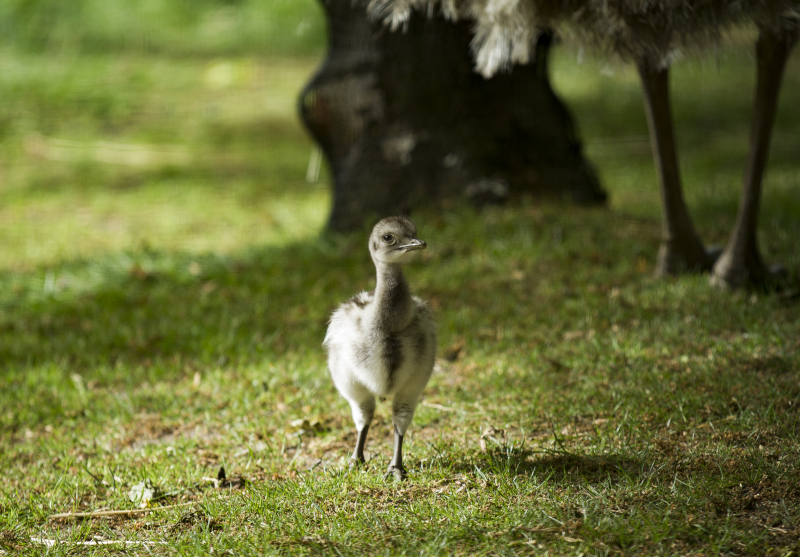 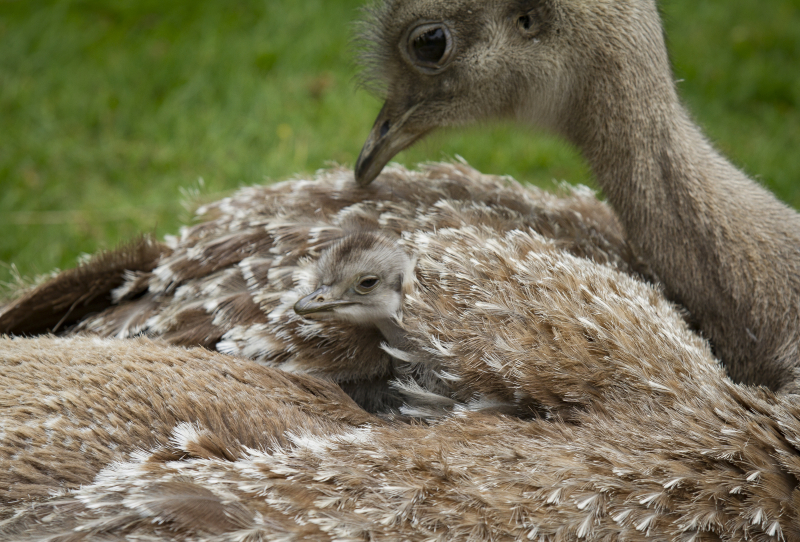 There's so much going on at zoo nurseries these days we can barely keep up! Enjoy this collection of outstanding videos from Smithsonian National Zoo and Bronx Zoo.

In a 24-hour-period between July 9 and 10, a clouded leopard cub, a Przewalski's horse, and a red panda cub were all born at Smithsonian's National Zoo's Conservation and Research Center

Looks like the Smithsonian National Zoo is gonna need a bigger bird house!

Three of the four new rhea chicks at the Smithsonian’s National Zoo nest in the feathers of their father. The chicks hatched on Apr. 20 and were the first rhea chicks to hatch at the National Zoo in 30 years. Dedicated fathers, it is the male rhea who incubates the eggs and protects the chicks after they hatch. The Zoo is now home to a total of seven rheas: a male, two females, and the four new chicks. 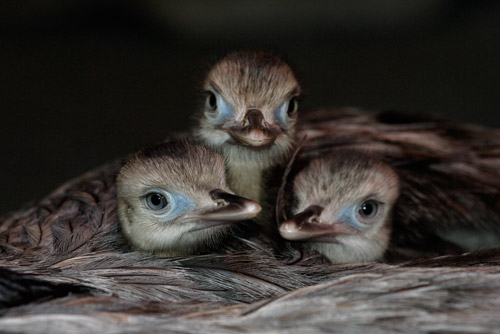 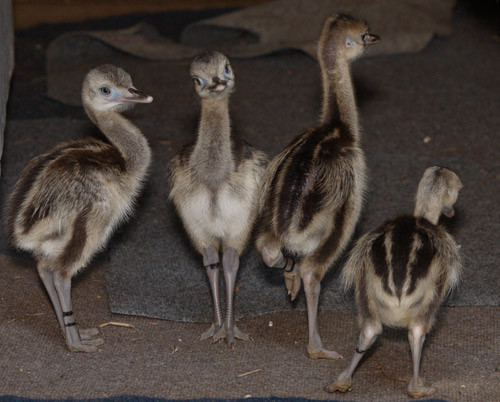