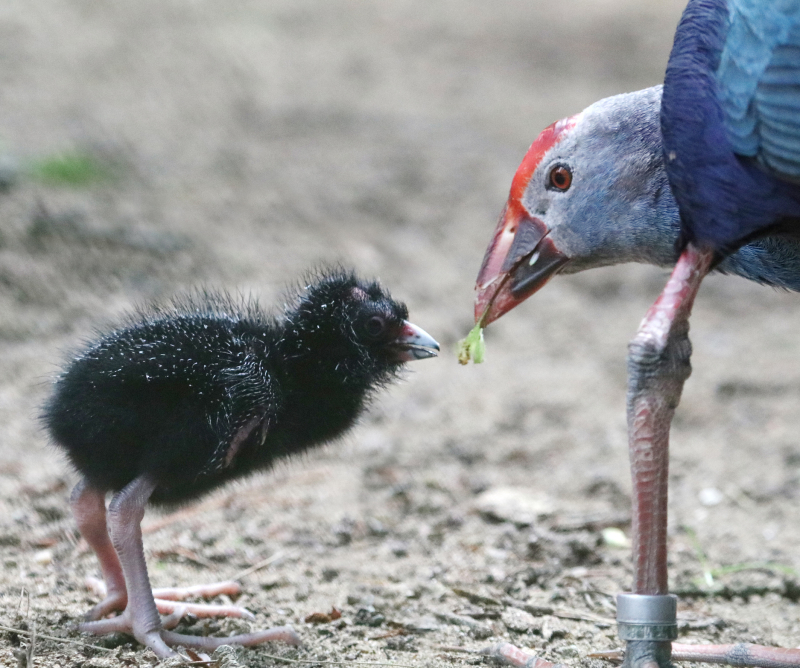 Paradise Park, in Cornwall, UK, released news of a first for the park: the hatching of a Purple Gallinule chick.

Director Alison Hales explains, “We have a wonderful new addition, a Purple Gallinule chick! This is the first time this species has breed at Paradise Park. It is a couple of weeks old and it has been fascinating to see how well its parents care for it. Walking with it and offering tiny bits of food, then encouraging it to snuggle under their feathers to keep warm.”

Alison continues, “These birds have remarkably large feet. They are members of the rail family, their other name being the Purple Swamphen, which gives a clue to where their long toes prove useful. They are able to walk on floating vegetation, and clamber across reeds and swamps. They also use their feet to grab young shoots and bring the food towards their beak. Their diet is mainly leaves and shoots, but they will also take snails and even eggs from the nests of other water birds.” 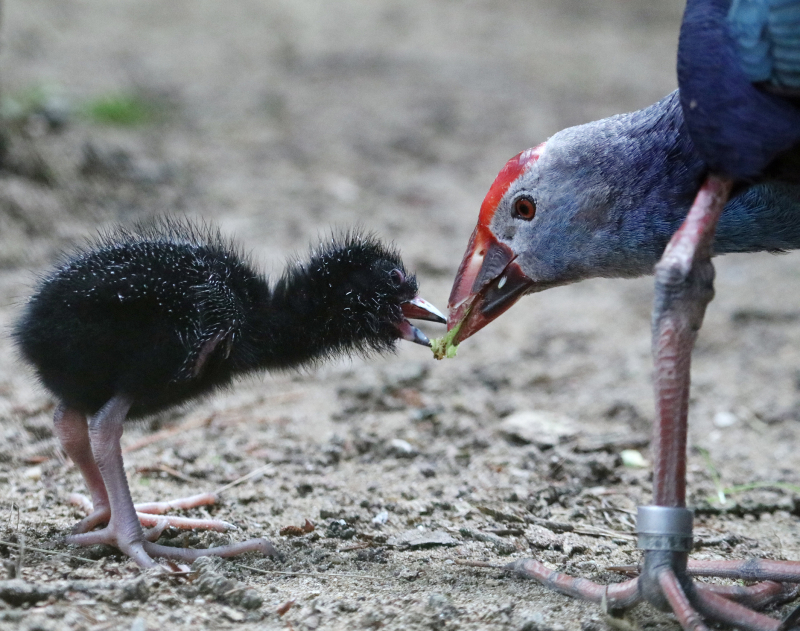 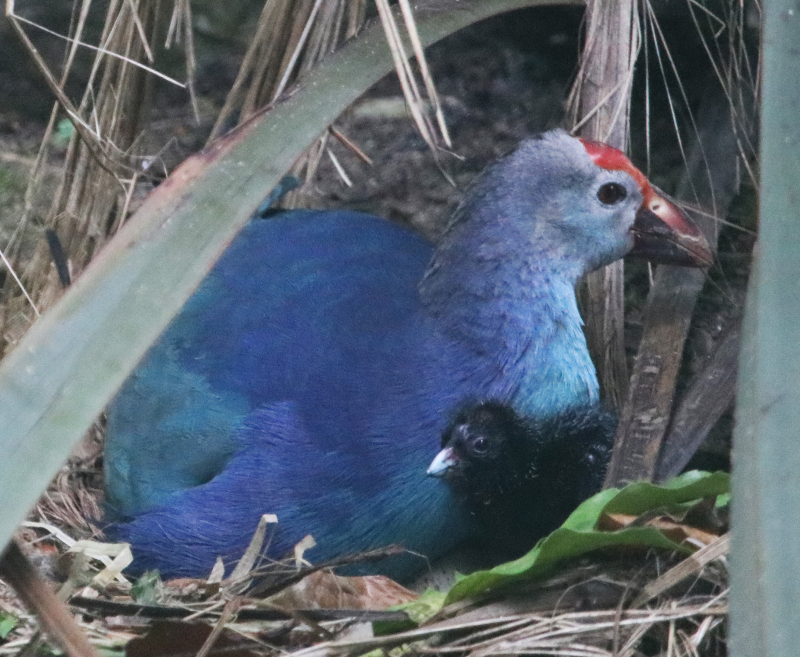 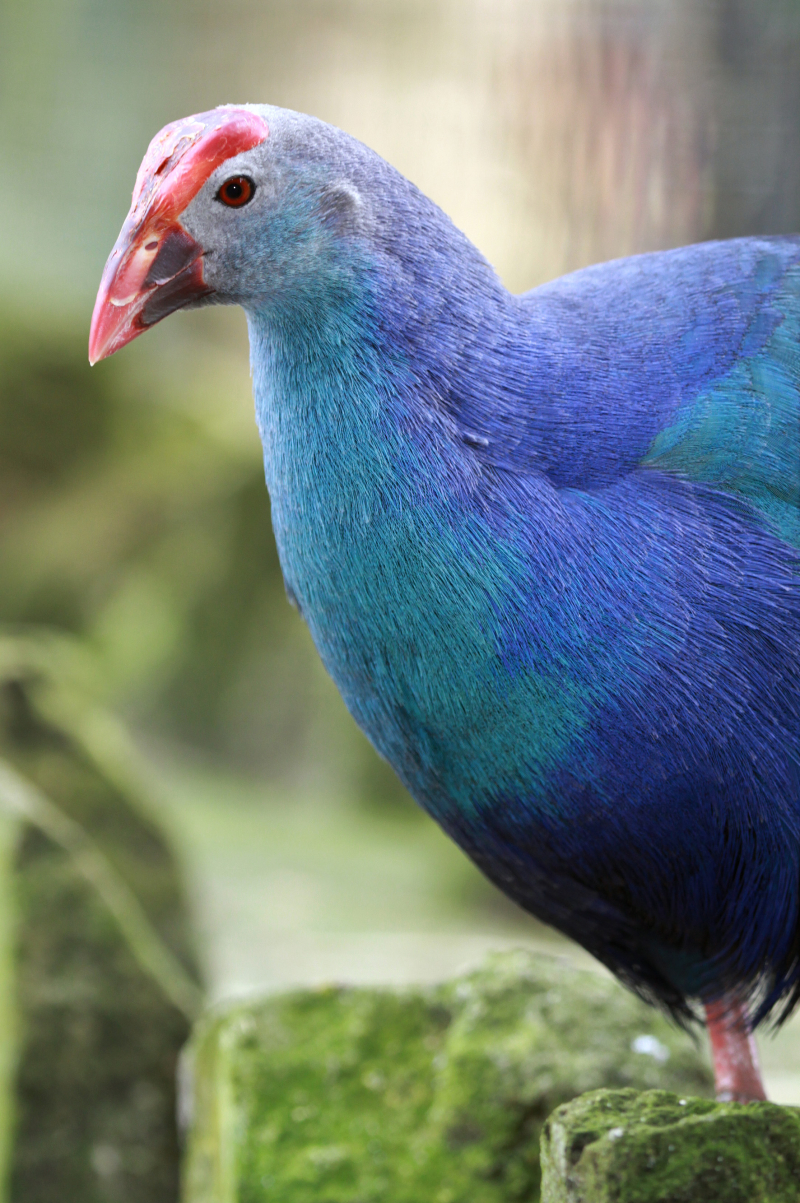 The Purple Gallinule (Porphyrio martinicus) is beautifully colored and native to southern and tropical freshwater wetlands. It is essentially a tropical marshbird that is found in parts of the southern United States, particularly near the Gulf of Mexico, but some go even farther afield. The Purple Gallinule, despite appearing to be an awkward flier, regularly turns up in northern parts of the United States and into southern Canada. It has even been found numerous times in Europe and South Africa.