Germany’s Potzberg Wildpark has been a hotbed of Andean Condor hatchings, and 2012 is no exception.  Two chicks hatched to parents Josephine and Napoleon in June.  A male hatched on June 2 and a female on June 28.  Since 2009, the pair has produced eight chicks. 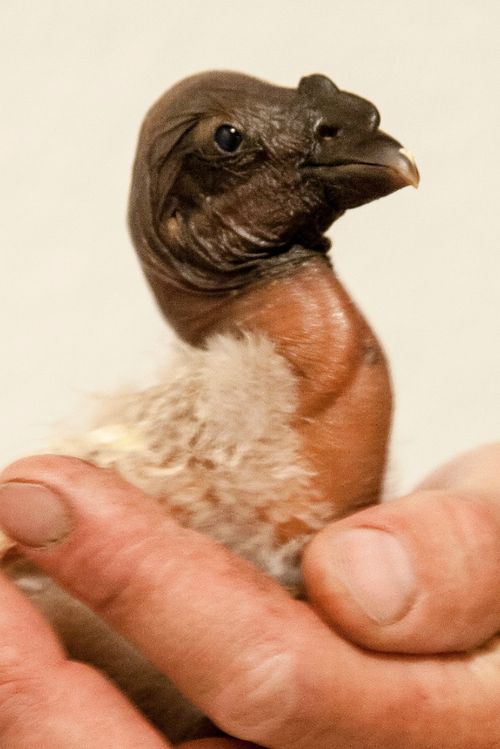 When Josephine laid her first egg, she and Napoleon fought in the nest.  To avoid damage to the egg, zoo keepers separated Napoleon from his mate.  But once it came time to brood her egg, Josephine ignored it.  Keepers then removed the egg and incubated it artificially.

The Andean Condor chicks are growing fast.  About the size of a tennis ball at birth, the chicks grow to the size of a basketball by four weeks of age.   As adults, the males have a wingspan of up to 10.5 feet (320 cm) and weigh up to 33 pounds (15 g).  Adult female condors have deep red eyes.

In most birds of prey, it’s difficult to determine a hatchling’s gender, but with Andean Condors, it’s easy.  Males sport a comb on their heads, while females do not.  The chicks are hand fed every three hours and enjoy cozy indoor quarters, where keepers keep a close eye on them. 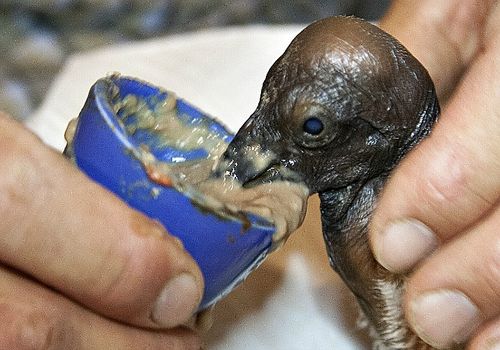 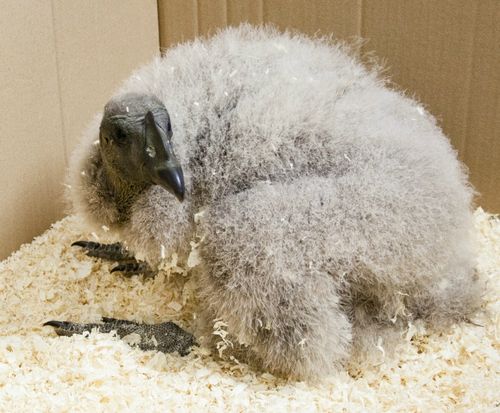 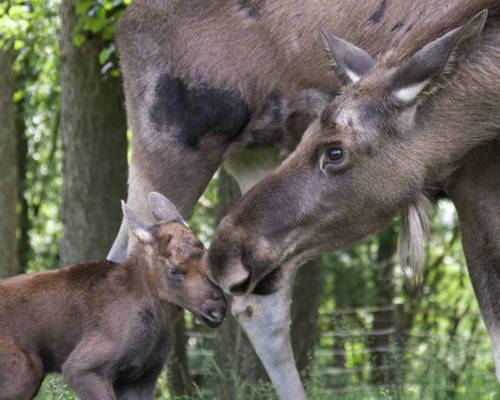 The Potzberg Wildpark in Germany has welcomed not one but two baby Moose. The first was born on May 14 to 8-year-old mother Sophie and 4-year-old father Konstantin. This the second baby for Sophie. Her first was born in 2007 to a much older father who has since passed away. That baby had to be hand-reared, because at the time, Sophie didn't nurse him.

Though the Wildpark got a new male, he was too young to breed. Last year keepers hoped that he was old enough, but were not sure if Sophie was pregnant. With their gestation time being 242 to 264 days, all had to wait and see. As the keepers were on their morning routine in mid-May, they were thrilled to spot the new baby -- and this time Sophie accepted and nursed him right away. She's also been very protective; for the first two weeks she didn't allow any other of the moose near. Exactly three weeks later, on June 8, a second moose was born to 3-year-old Mom Finja. It was a big surprise for the keepers, because she's still quite young to be a mother. The baby is also a male and is in good health.

As it ends up, Konstantin did a great job. The only thing missing now are names for the two little boys. The newborns are a great and needed addition to widen the gene pool of the Eurasian moose, who is locally endangered in the wild due to hunting and the destruction of their natural habitat. 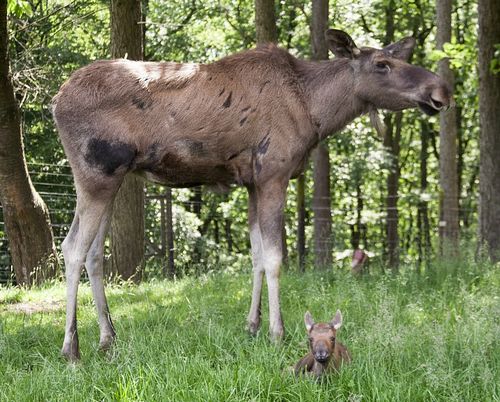 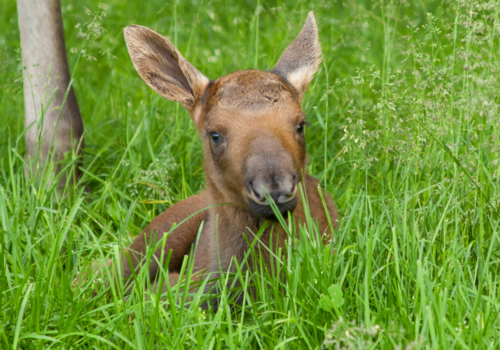 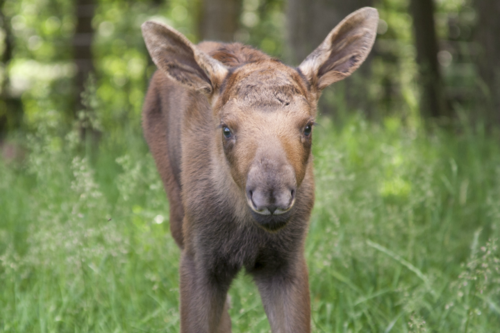 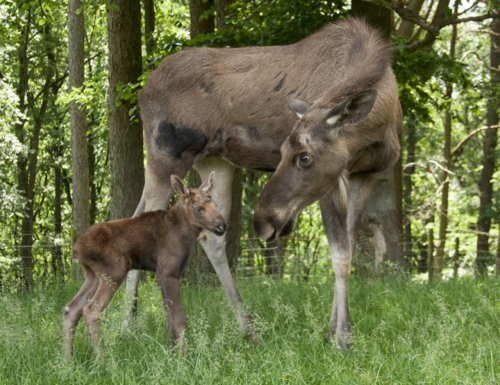