Potoroos, like the one seen here in a recent video filmed at Longleat, are born weighing just 0.3 grams. Within the first ten minutes of being born the young will climb up into its mother’s pouch and attach itself to one of her teats. It stays like this for the first one and a half to two months of its life. When the infant has developed fur, it starts to spend time outside of the pouch.  It gradually spends more and more time outside until it is four or five months of age and the mother forces it to stay out, which usually coincides with the birth of a new infant.  The young are weaned by five months of age but stay close to the mother until they are about a year old. Most female potoroos will be looking after three young at any one time, with one infant who is out of the pouch but still suckling or keeping close to her, a newborn in her pouch, and an embryo which starts to develop but then remains dormant until the young in the pouch is old enough to leave.

Potoroo Is out of Its Pouch! 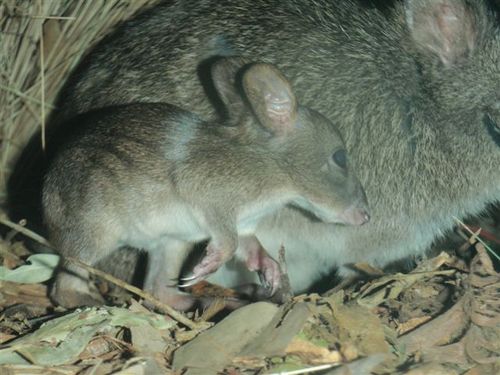 Taronga Zoo's Nocturnal House is home to a Potoroo joey! The joey was first seen sticking its nose out of the pouch by keepers and in mid-July the joey ventured out of mum’s pouch. Keepers estimate the youngster is between 4-5 months old and are yet to find out whether it’s a male or female. Potoroos are in the Macropod family which include kangaroos and wallabies. Potoroos are endangered due to habitat loss and predation by introduced species. 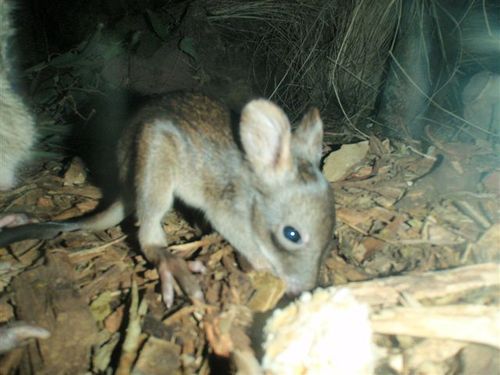 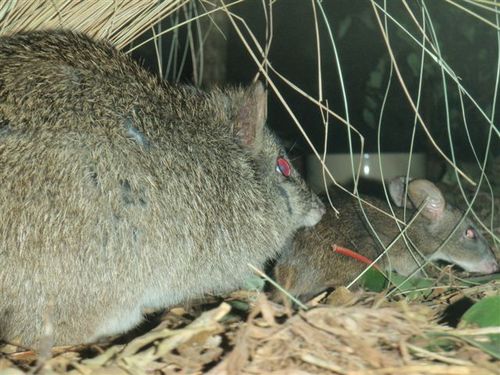