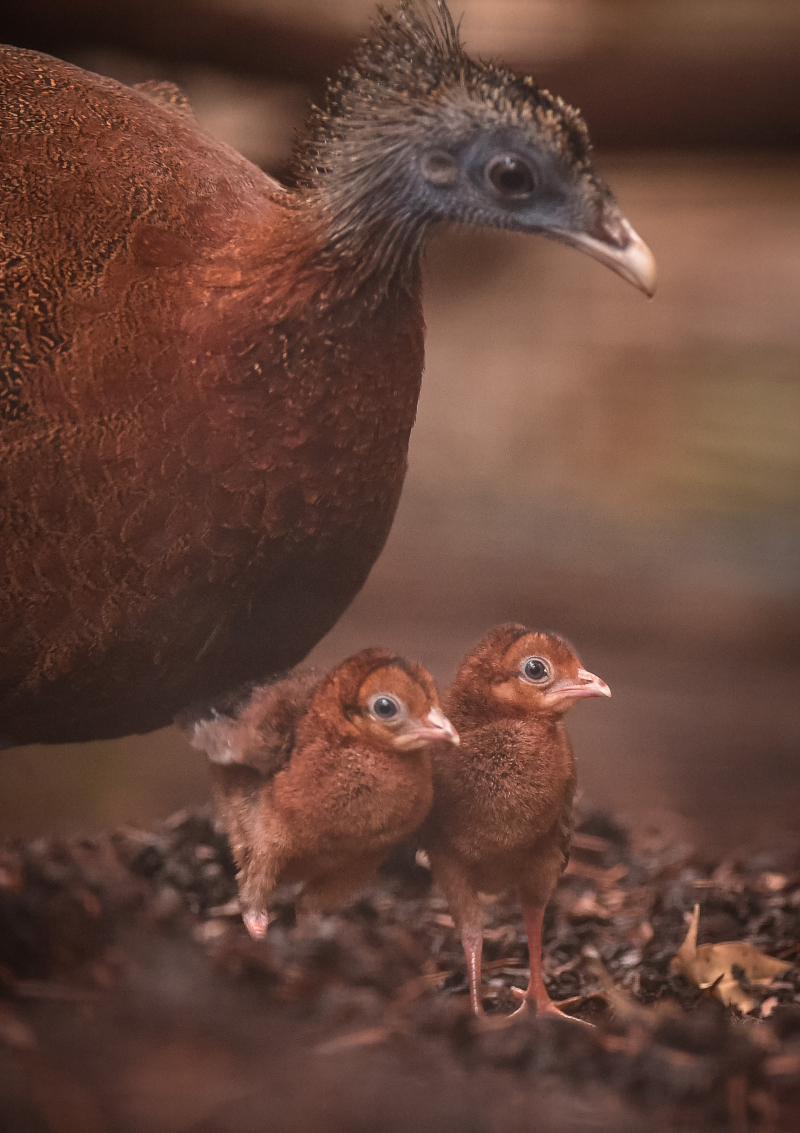 A rare Pheasant, usually found in the rainforests of South East Asia, has been successfully bred at Chester Zoo for the first time. Two Great Argus Pheasant chicks hatched on May 3, after a 24-day incubation.

With Great Argus Pheasant numbers in steep decline across much of its native range, keepers at the Zoo have hailed the arrival of the young pair.

The birds, which are found on the Malaysian peninsula, south Myanmar, South West Thailand, Borneo and Sumatra, are iconic in their homeland but are threatened by hunting and habitat loss. 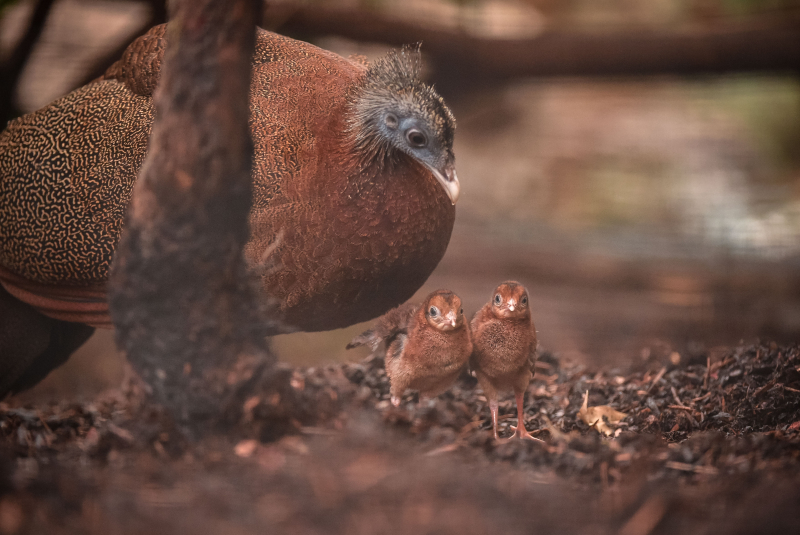 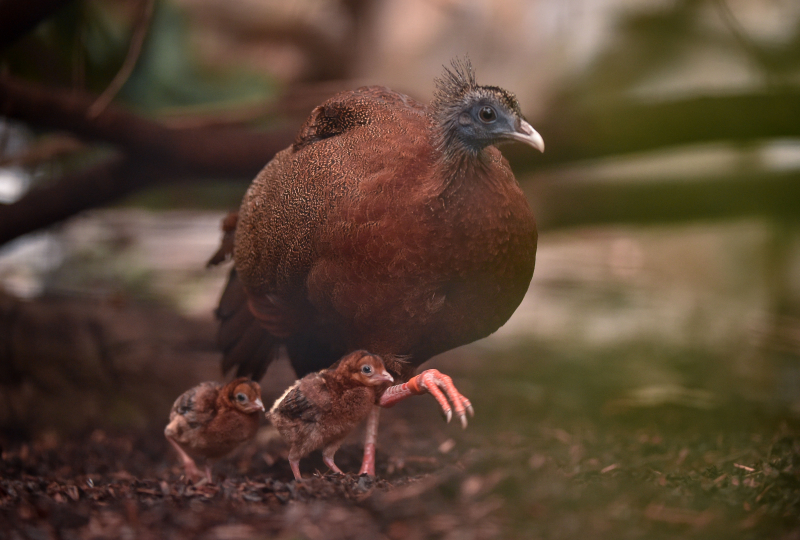 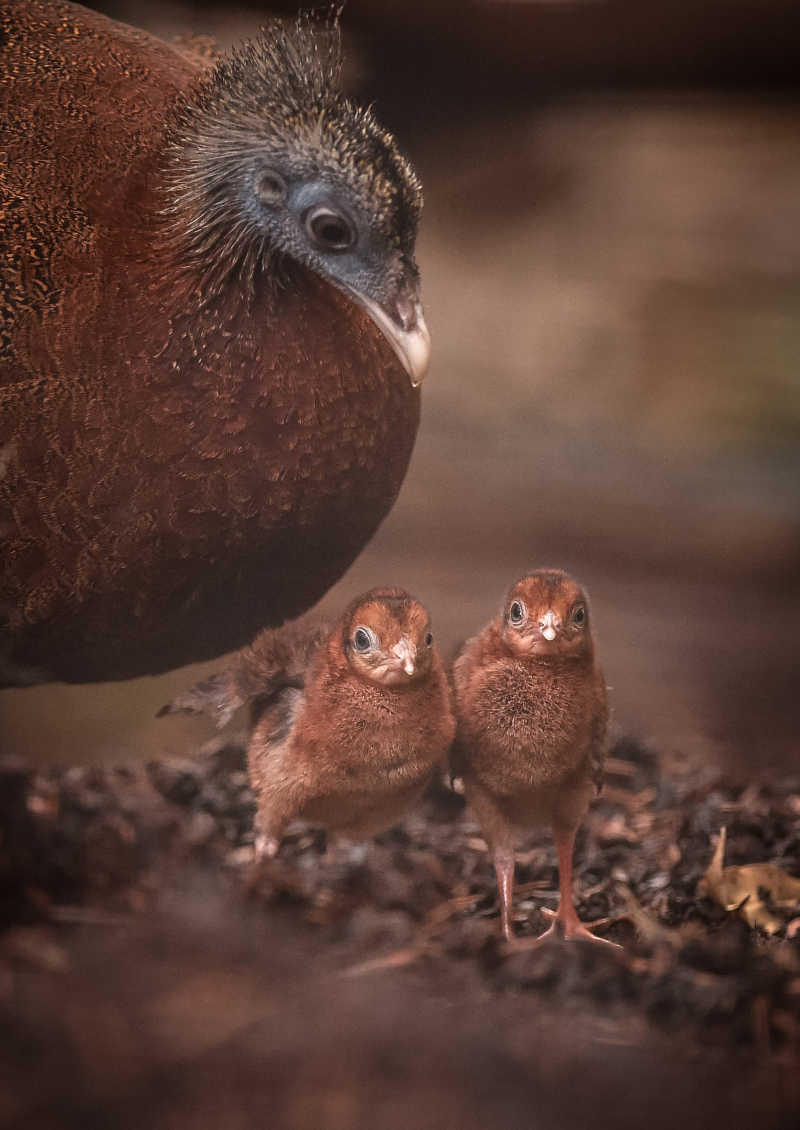 Andrew Owen, Curator of Birds, said, “The Great Argus Pheasant [Argusianus argus] is under real pressure in parts of South East Asia. Like so many bird species in that part of the world, they are the victim of rapid deforestation and illegal trapping.”

“Great Argus males, in particular, are amongst the most unusual and distinctive of all birds, with their astonishingly long wing and tail feathers adorned with thousands of eye-spots. It is their beauty, which is, in part, what makes them so prized by hunters. To have two chicks hatch here for the very first time in the zoo’s long history is a great achievement; they’re certainly important young birds.”

As part of its mating ritual, the male constructs a ring on the ground out of sticks and twigs, then calls to entice a female to enter into the circle. He then performs a mating dance, culminating in him spreading his wings wide to show off a complex pattern of eyespots in his plumage.

It is these ‘eye-spots’ that give the Argus Pheasant its name: Argus Panoptes (or Argos) being a many-eyed giant in Greek mythology.

The Great Argus Pheasant has been evaluated and is currently classified as “Near Threatened” on the IUCN Red List.