There’s no better time to bring awareness to the Penguin species this International African Penguin Awareness Day on the 15th of this month, with the celebration of the hatching of two Endangered African Penguin chicks at Paradise Wildlife Park.

On the 11th of September 2022, Paradise’s bird keepers arrived to discover the two newest additions to their penguin colony snuggled under the feathers of the parents Albert and Akiki. The chicks have grown strong and healthy since hatching under the careful watchful eye of their parents and the bird-keeping team at Paradise Wildlife Park. With the first weigh-in yesterday, both twins around just over 1 kilo which is a great healthy number one month in! 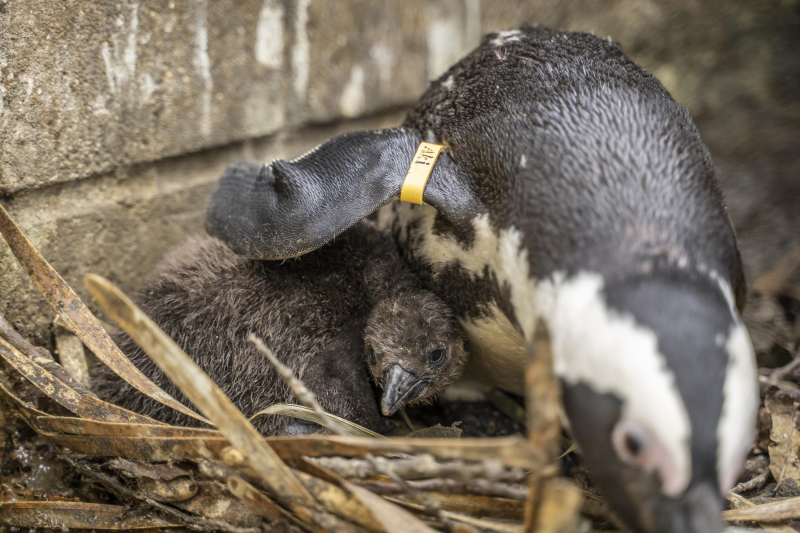 The birth of the penguin chick twins brings Paradise Wildlife Parks colony of African penguins to 19. With the parents Albert and Akiki doing exceptionally well in caring for their young, including last year's chick Marli checking in too. Paradise Wildlife Parks, African penguins are part of the European Ex-situ programme (EEP). A governing body aimed at protecting and conserving the health and genetic pools of endangered species. As currently recognised by the International Union for Conservation of Nature (IUCN) African penguins are listed as Endangered due to changes in habitats and environment. This success within the breeding program is a positive moment within the zoo community and for their wild counterparts.

Paradise Wildlife Park supports and aids the conservation of Endangered African penguins in the wild through the work of SANCCOB. The Southern African Foundation for the Conservation of Coastal Birds; a registered non-profit organisation, whose primary objective is to reverse the decline of seabird populations through the rescue, rehabilitation and release of ill, injured, abandoned and oiled seabirds. With the hope that through their efforts and support of conservation charities penguins like many other species will be around for generations to come. 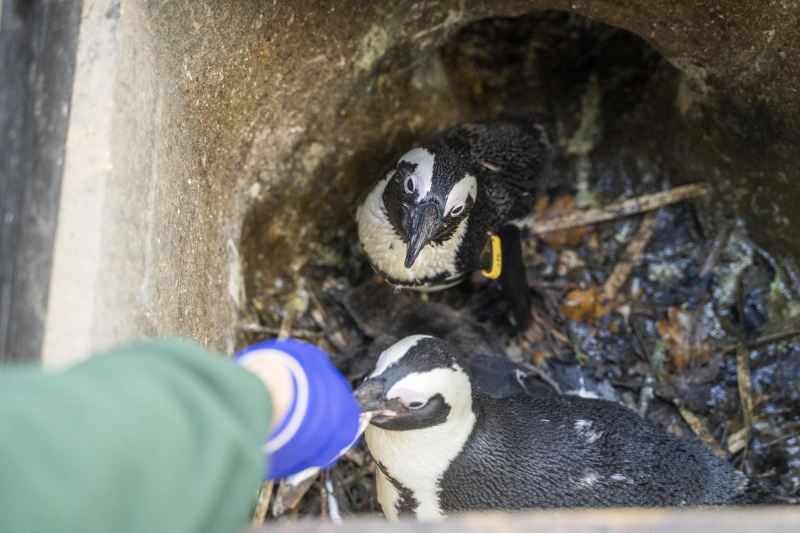 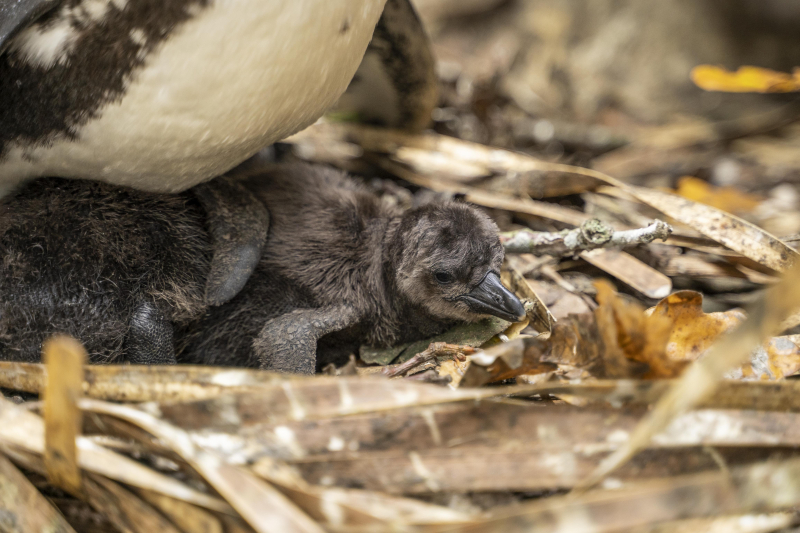 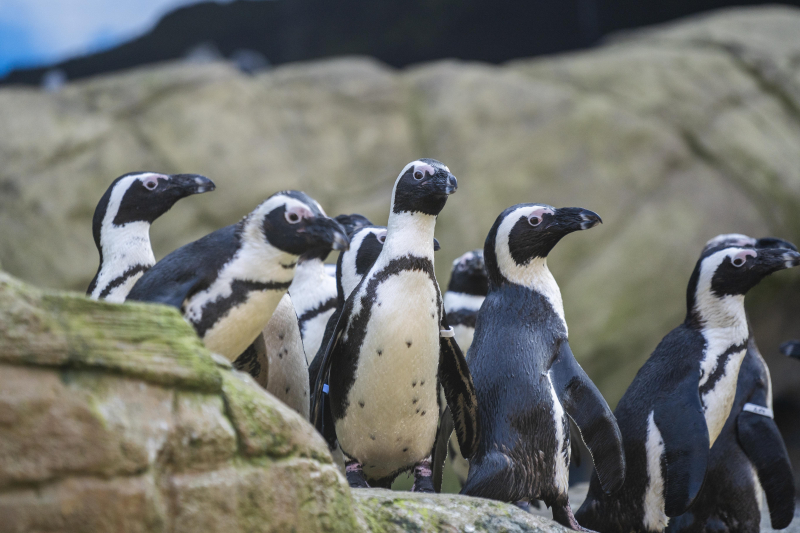 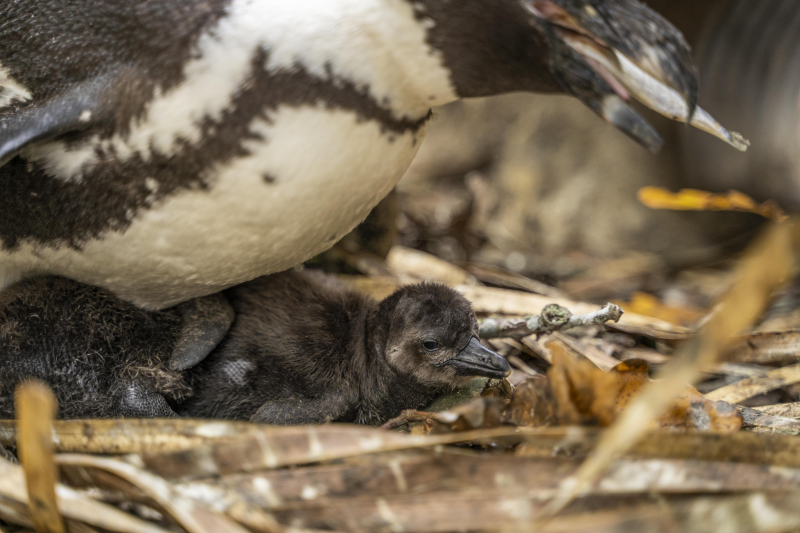 There are offspring among the king penguins again this year. A chick hatched in Schönbrunn Zoo at the end of July. So far, the young animal has cleverly hidden between the protective parents, but now it is easy for visitors to see in the polarium. “However, the penguin chick cannot swim yet. King penguins don't get water-repellent plumage until they are about 10 months old. Until then, they wear a warm, brown dune dress. The sex of the chick is only determined at a later point in time by genetic testing of feather samples,” reports animal keeper Bettina Schragner. 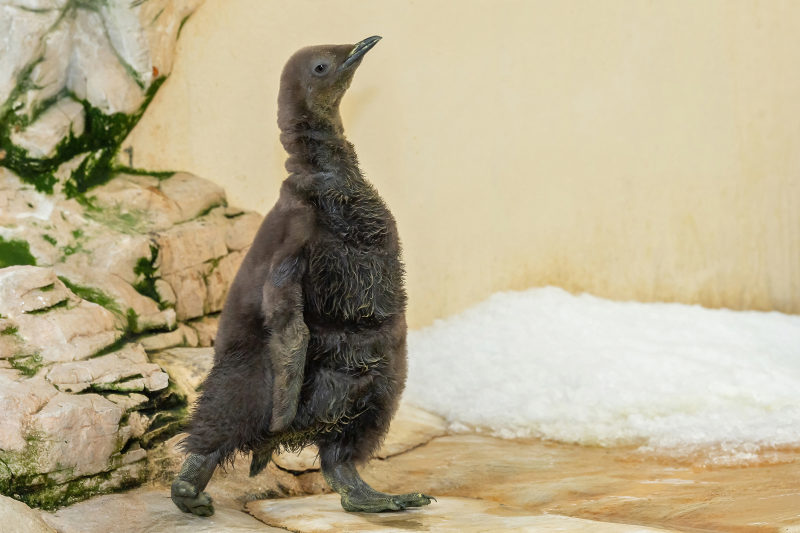 We are so thrilled to announce the arrival of two little blue penguin chicks that were born at SEA LIFE Sunshine Coast Aquarium.

This is a very exciting milestone as it is the first time this species has hatched on the Sunshine Coast! The first chick emerged from its egg on Saturday 11 June with the second chick hatching on Friday 1 July. 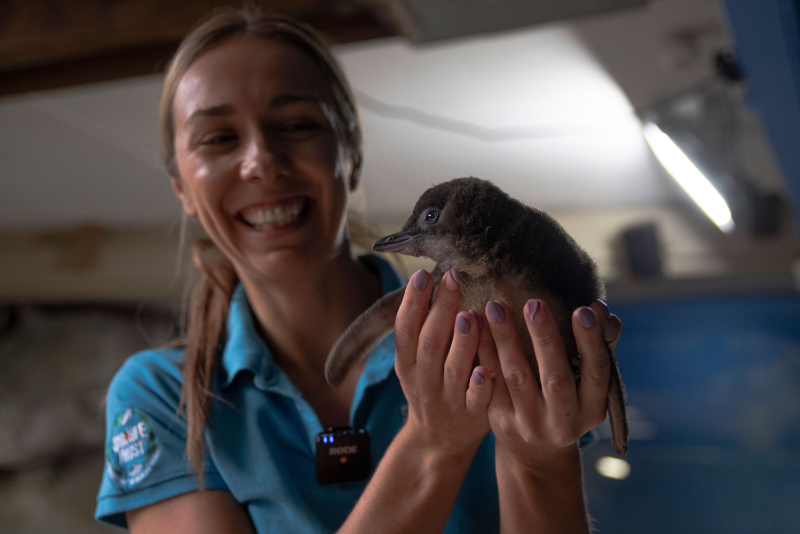 Nine adorable penguin chicks have hatched at Chester Zoo – and keepers have named them after their favourite fruits!

The first of the Humboldt penguins to emerge from its egg, Plum, has since been joined by eight others, including Peach, Papaya, Cherry and Rhubarb.

Hatching at a weight of just 80g, penguin chicks triple in size in their first three weeks of life and quickly reach around 3kg, just like their parents.

After spending their early weeks of life tucked away in their nests being cared for and fed by their attentive parents, the tiny youngsters have now begun swimming lessons. 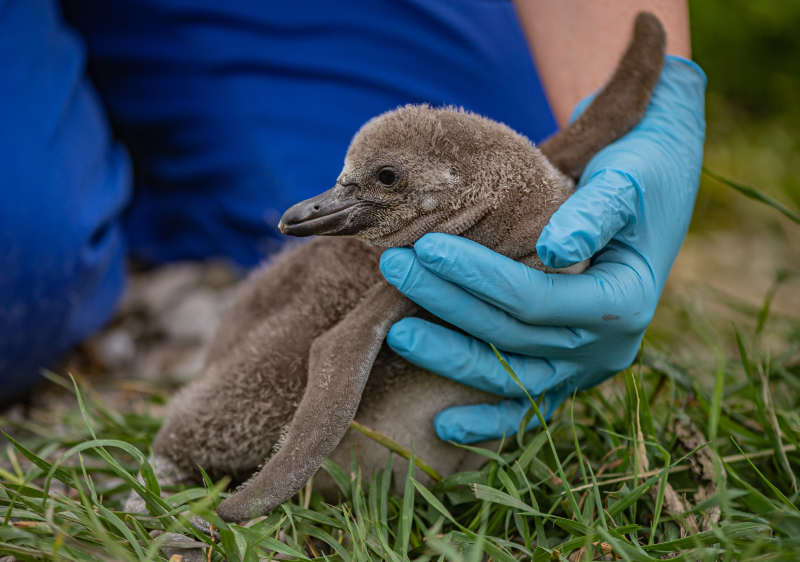 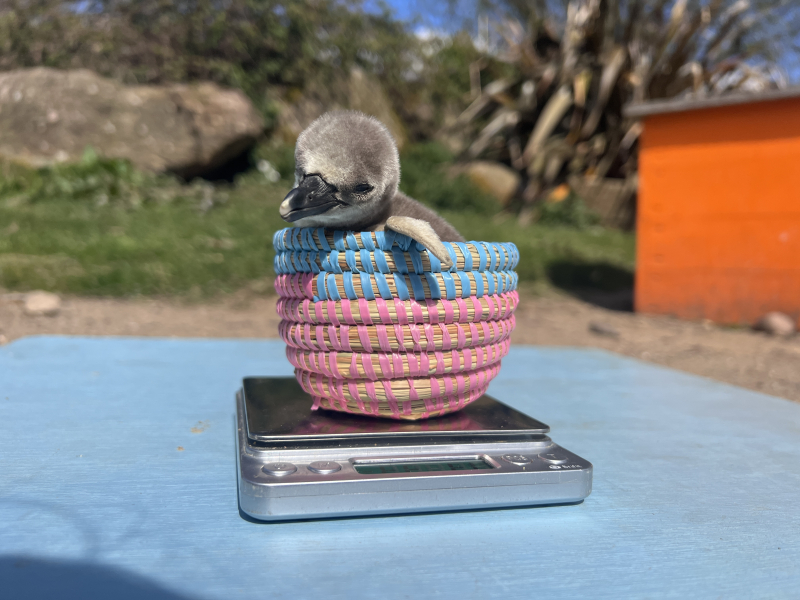 In the last weeks of spring, a total of six Rockhopper penguin chicks have hatched. You can now see the offspring in the "kindergarten" of the Polarium. Twice a day, the young birds are fed with fish and their weight is constantly monitored. Each chick squeezes up to 20 small herring and sprats per day. "They already weigh around one and a half kilograms. Their weight gain is ensured by our keepers so that the young animals can develop healthily. The chicks are still wearing a dune dress that is not water-repellent. Therefore, their enclosure has no access to the water basin. Only when they have the first moult behind them, swimming attempts are dared. Then they come back to the group, because even in the wild they live together in large breeding colonies," reports Zoo Director Stephan Hering-Hagenbeck. 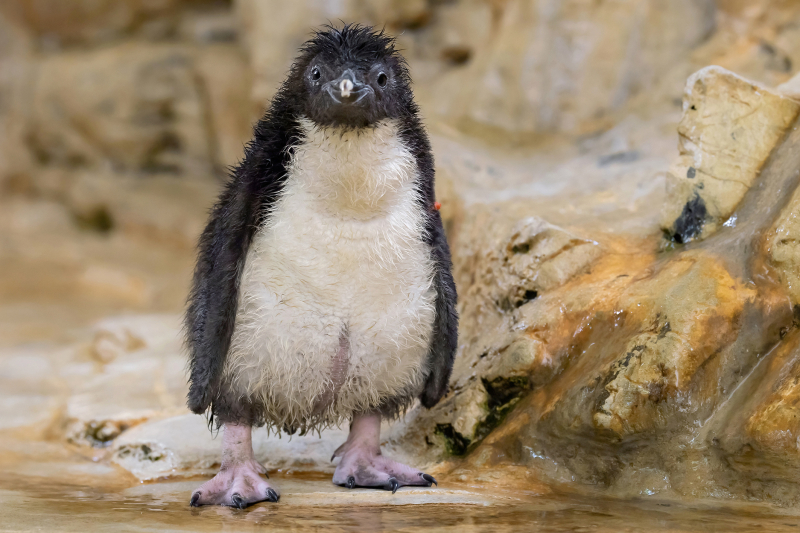 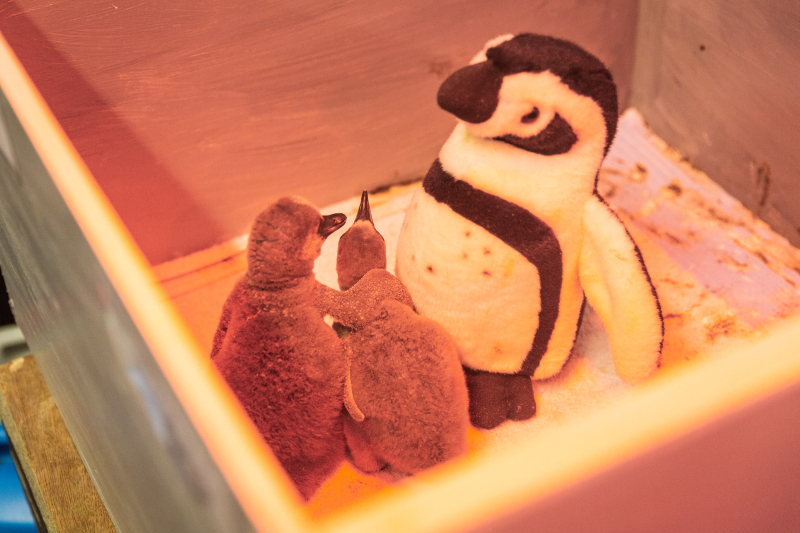 Brookfield, Ill. —A month-old Humboldt penguin chick, who hatched at Brookfield Zoo on February 2, is growing by leaps and bounds. The chick is only the second successful offspring for parents—14-year-old Divot and 21-year-old Rosy—making its hatching extremely significant to the Humboldt penguin population in Association of Zoos and Aquariums’ (AZA) accredited North American institutions. 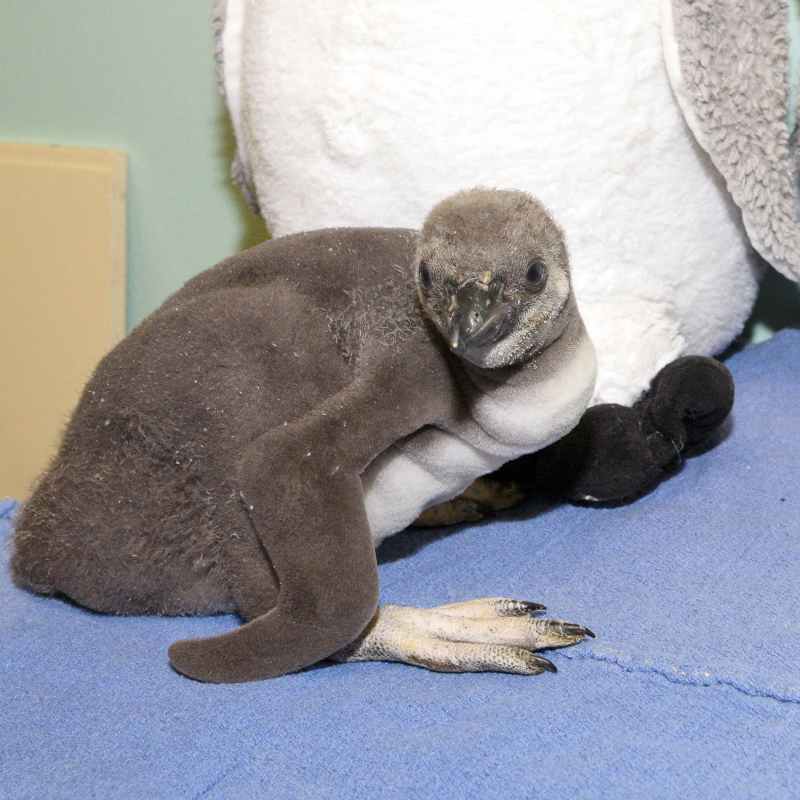 Rose the Blue Penguin (so named for Betty White's iconic Golden Girls character) at Cincinnati Zoo had her first swim lessons with her care team! This great video is brought to you by Great American Insurance Group.

Big Yawn For A Tiny Chick

Oh—big yawn! Another endangered African penguin chick has hatched at Maryland Zoo in Baltimore’s Penguin Coast. This sweet chick brings our total to 10 hatchlings for the breeding season thus far. 🐧

There’s no name yet! We’ll have to wait for blood results first to determine the chick's sex.