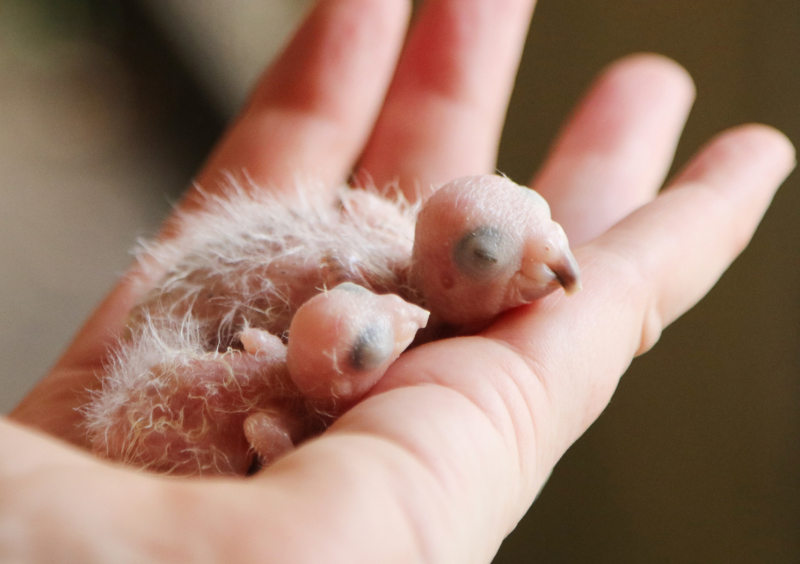 Park Director, Alison Hales, remarked, “We first received this species at Paradise Park in 2015. We were keen to co-operate in the breeding scheme for these pretty Conures, because the status of the species in the wild is ‘Critically Endangered’. Sadly, surveys show that they are declining rapidly, owing to heavy trapping and ongoing habitat loss within their range.”

“Our pair came from Chester Zoo and produced five chicks in their first season here.”

Seven eggs were produced this season, and five chicks hatched. Eggs hatch in the order they are laid, so one is several days older and larger than the youngest. At their nest check, all had full crops and are competing successfully for food. Their parents are doing a great job.

Curator David Woolcock has already been working with other bird collections and has set up two further unrelated pairs at Paradise Park. This latest brood is a valuable addition to the captive population. 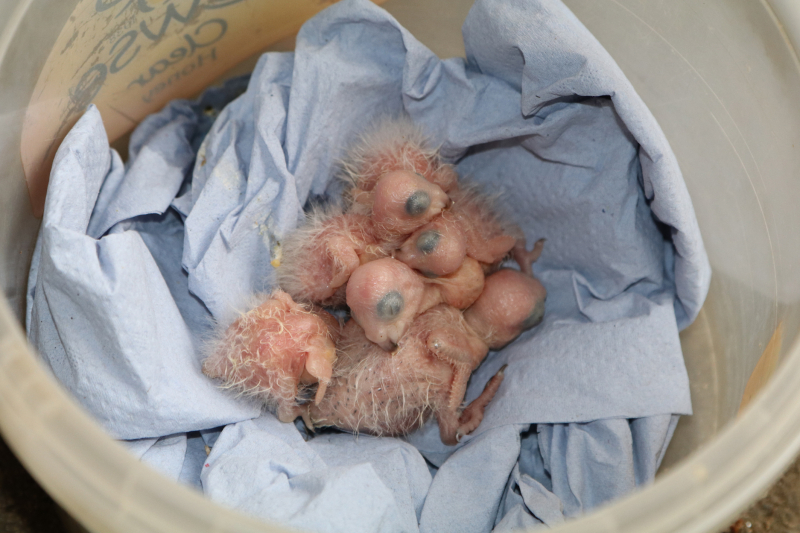 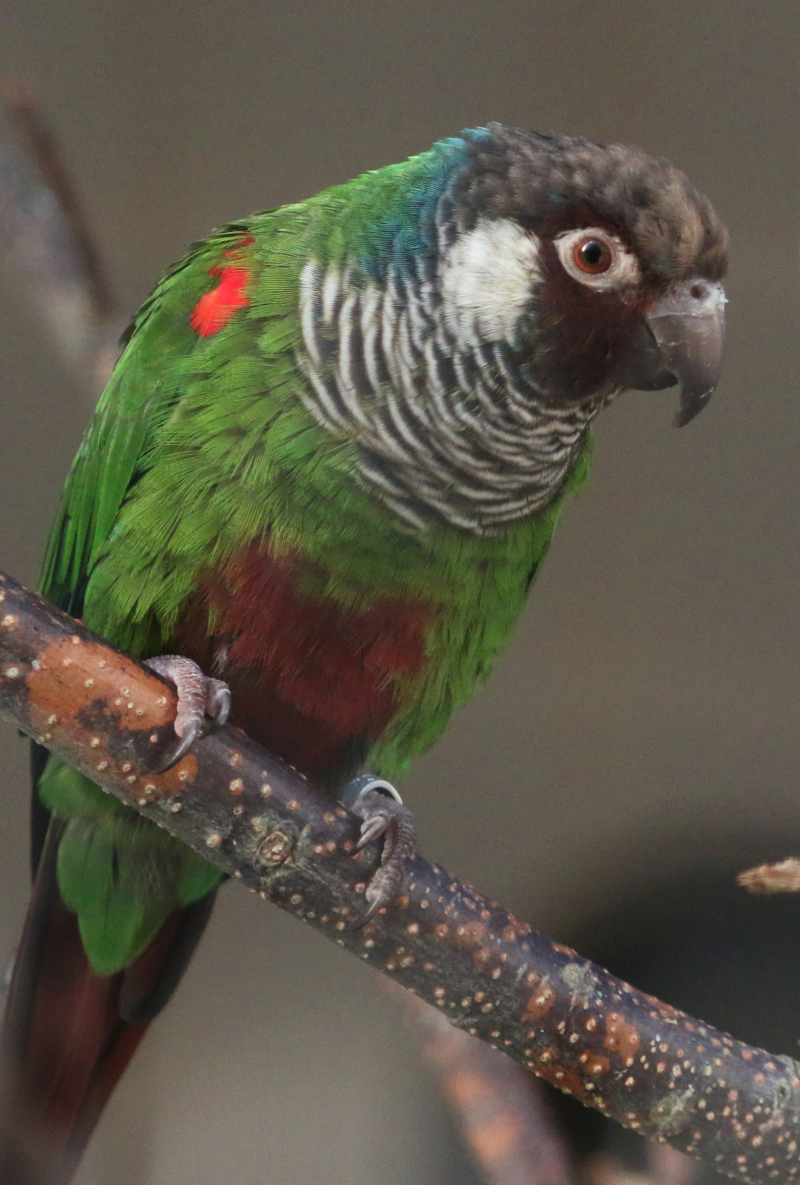 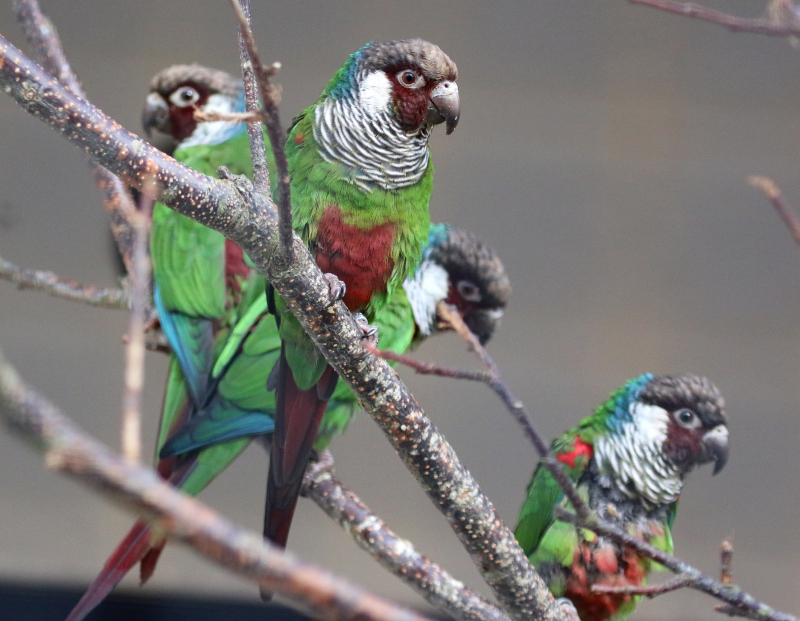 The Grey-breasted Conure (Pyrrhura griseipectus), also known as Grey-breasted Parakeet, is a species of parrot in the family Psittacidae. It is endemic to Ceará in northeastern Brazil and restricted to a few mountains, with relatively humid forest and woodland in a region otherwise dominated by arid Caatinga.

Until recently, it was considered a subspecies of the White-eared Parakeet, as Pyrrhura leucotis griseipectus. The split was based on their widely disjunct distributions, differences in measurement of bill, and subtle differences in color of crown, ear-coverts and chest.

The Grey-breasted Conure is classified as “Critically Endangered” on the IUCN Red List of Threatened Species. It has an extremely small wild population and occupies a very small known range. The population is estimated to be less than 250 adult birds.

Find out more about the species on the World Parrot Trust website: https://www.parrots.org/encyclopedia/grey-breasted-conure