Recently, Brookfield Zoo’s nearly 10-month-old Asian small-clawed otter pups had access to their habitat along with the white-cheeked gibbons. Last Friday (September 9), one of the pups seemed very inquisitive about the new “neighbors” and went over to investigate. Neubo, an 8-year-old male white-cheeked gibbon, didn’t seem to mind the curious otter. In the past, animal care staff has observed similar interactions with introductions between the two species. For this particular instance, staff is not sure if these encounters will continue or if the novelty will wear off. Guests can see the gibbons and otters in Brookfield Zoo’s Tropic Word: Asia habitat.

The Asian small-clawed otters at Brookfield Zoo have been behind the scenes due to maintenance work in their habitat in Tropic World: Asia. As you can see, they continue to grow and thrive, and are receiving lots of enrichment thanks to their care team! 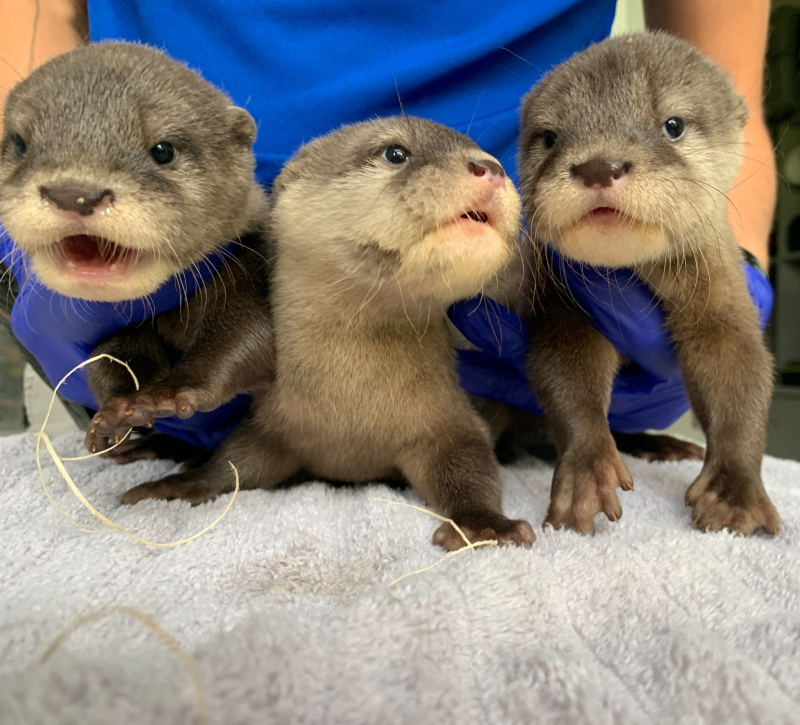 The North Carolina Aquarium at Fort Fisher welcomed the birth of three female Asian small-clawed otters Saturday, May 21. This overwhelming amount of adorable represents success in the Association of Zoos & Aquariums (AZA) Species Survival Plan®(SSP) Program. You can track the pups’ progress on the NCAFF blog, but we’ve gathered up some of the best pictures of the trio to date. 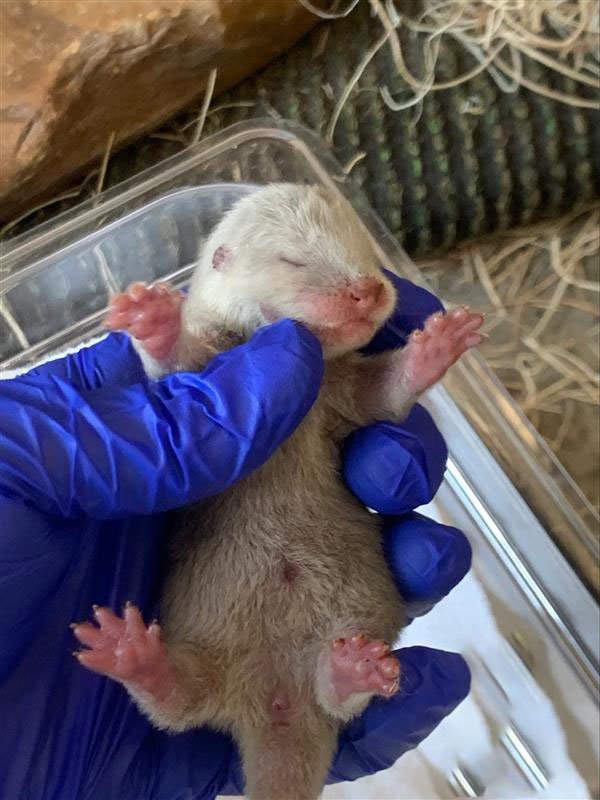 Spring Has Sprung at AquaZoo: Otters, Balearic Toads and Wallaby Joey Are Born!

Leeuwarden, April 10, 2022 - Spring has arrived at AquaZoo Leeuwarden. Two Asian small-clawed otters, Balearic toads and one Tammar wallaby were born in the zoo in Leeuwarden.

The Asian small-clawed otter has a hard time in nature, partly because the habitat of these animals is being reduced due to deforestation. Small-clawed otters are also hunted for their fur or to be kept as pets. William Kreijkes, head of animal care, is therefore very happy with this birth in AquaZoo. "With this we contribute to the conservation of this species and we can make our visitors aware of the threats to these animals in nature." 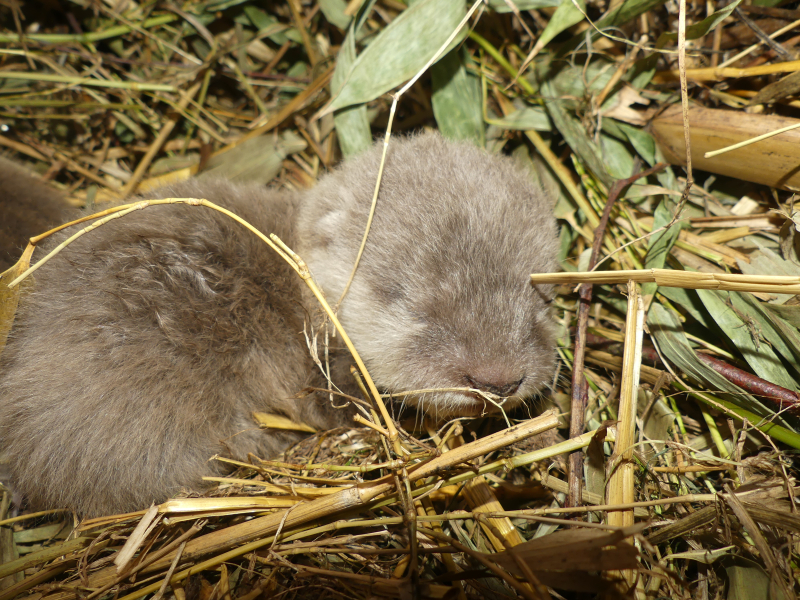 Births are a first for Zoo New England’s Stone Zoo 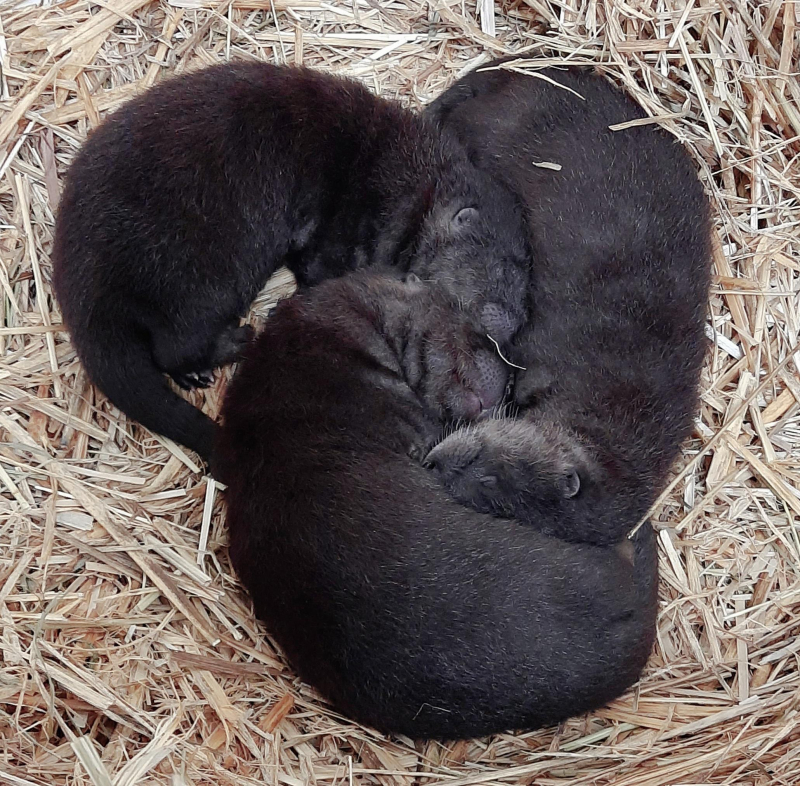 Born to first-time mom, Dunkin, the kits are doing well and are bonding with their mother behind the scenes. For the first several months of their lives, North American river otter kits are completely dependent on their mother and spend time in their den under her watchful eye. Stay tuned to our website at StoneZoo.org and Facebook (https://www.facebook.com/stonezoo/) for updates on the kits as they continue to grow and reach milestones.

Pair Of Pups At Zoo Budapest

The Budapest Zoo’s giant otter pups are 5 months old and they are living with their parents Madidi (father) and Cumana (mother) and their siblings Bahia (female) and Manu (male). They can be seen at Budapest Zoo from the middle of March.

Otter Joy By The Ounce

Milwaukee County Zoo is happy to announce the birth of 4 North American River Otters. Mother Shamrock gave birth to her pups on February 7, 2022. They are all healthy and doing well. The pups were recently weighed.

The Alaska SeaLife Center is the only facility in Alaska that combines a public aquarium with marine research, education, and wildlife response.

While primarily dedicated to marine research and education, the nonprofit Center is the only permanent marine mammal rescue and rehabilitation facility in the state. 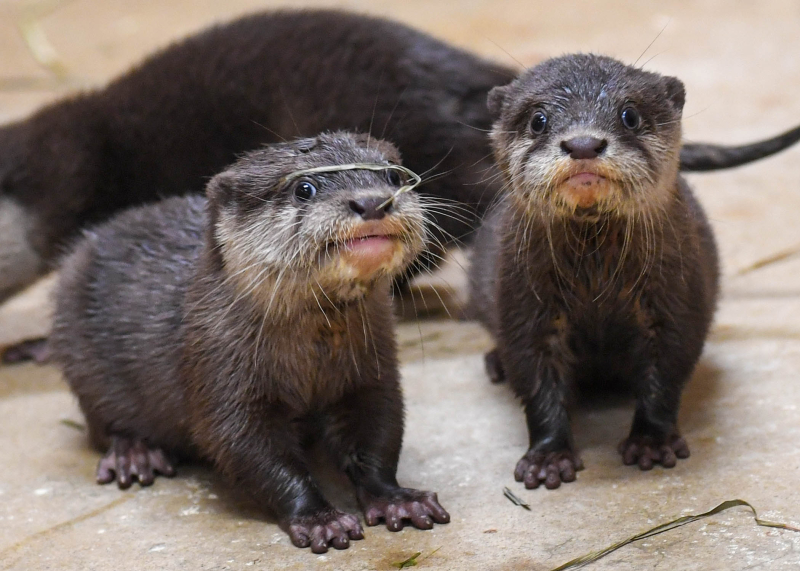 The six pups are thriving and bonding with their parents, Pearl and Adhi (pronounced AHH-dee), behind the scenes. This past month, the otter-ly playful pups have begun eating a diet of fish and have begun exploring a small pool of water, which animal care specialists were able to capture on video. If the pups continue to demonstrate their proficient swimming abilities, staff anticipate the pups and their parents will be able to have access to their habitat at Tropic World: Asia in early March. 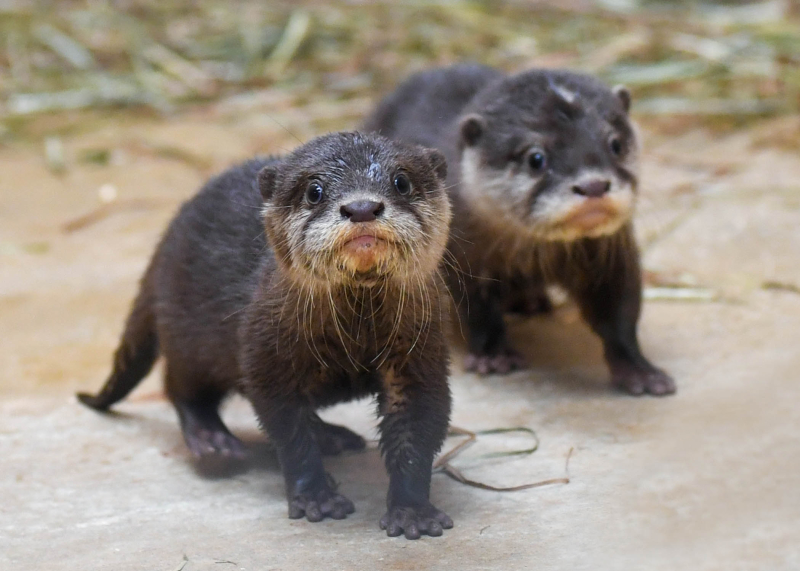 The smallest of the otter species, Asian small-clawed otters are native to Indonesia, southern China, southern India, Southeast Asia, and the Philippines. The species is listed as vulnerable on the International Union for Conservation of Nature's Red List of Threatened Species. Population numbers are declining due to several threats, including residential and commercial development, deforestation, the illegal pet trade, pollution, climate change, and poaching. 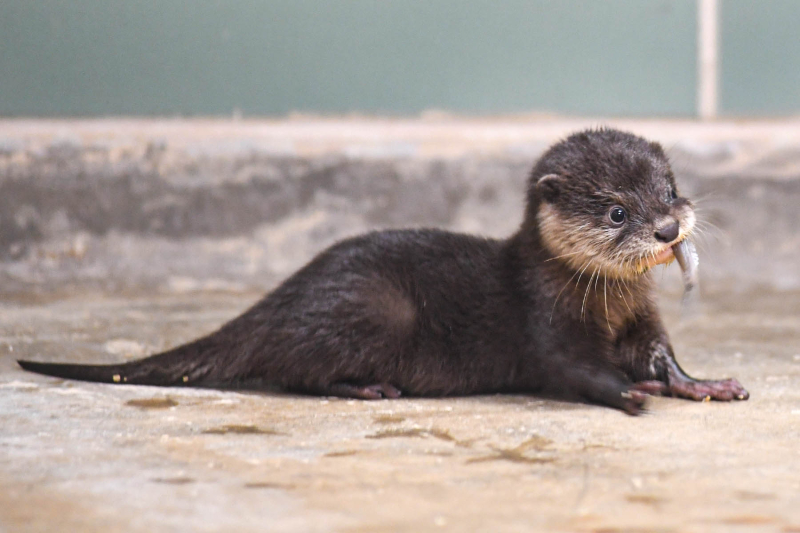 The Chicago Zoological Society, which manages Brookfield Zoo, is happy to announce the birth of six Asian small-clawed otter pups on November 18, 2021. Since their birth, the otter-ly adorable and playful pups have been growing and bonding behind the scenes with their parents, Pearl and Adhi (pronounced AHH-dee). Guests will be able to see the two male and four female pups exploring their habitat in Tropic World: Asia once they are eating solid foods and have become proficient swimmers.