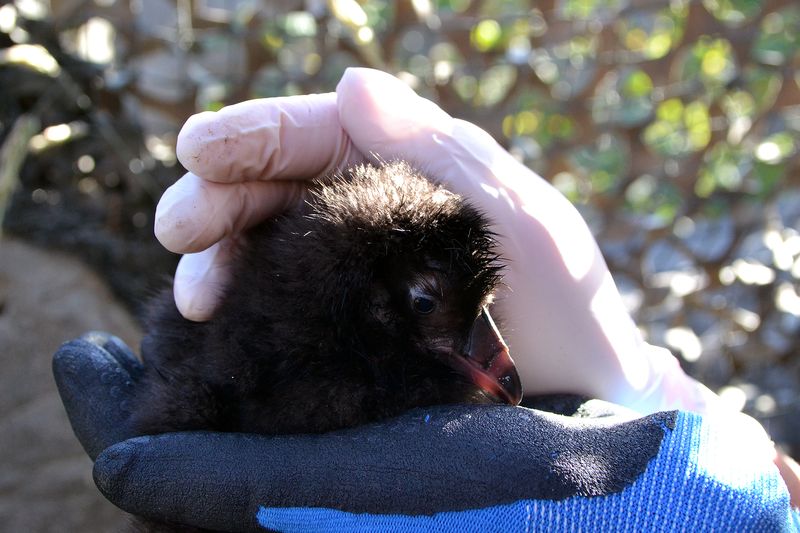 When a Tufted Puffin chick hatched in the Oregon Coast Aquarium's Seabird Aviary on July 24, it seemed as if everything was going to plan.

The baby bird, nicknamed Stella, weighed in at a healthy 2.26 ounces (64 grams) and was under the care of experienced parents.

By Stella’s day-two checkup, something was clearly amiss. The chick was not gaining weight. The parents were not delivering fish or brooding the chick to keep it warm as Puffin parents should. 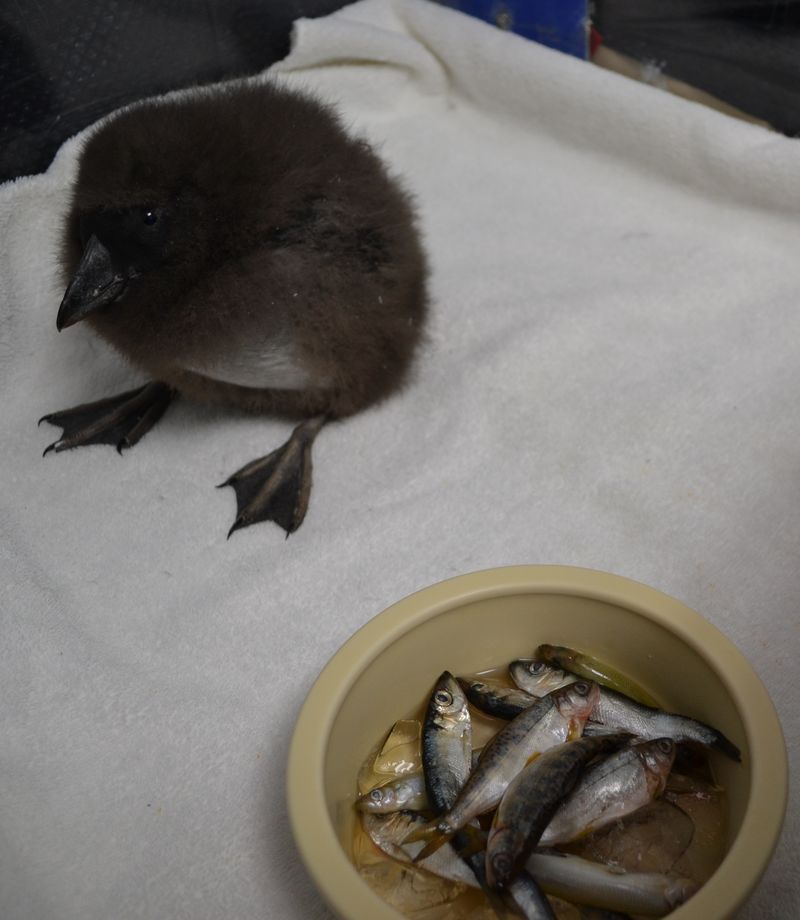 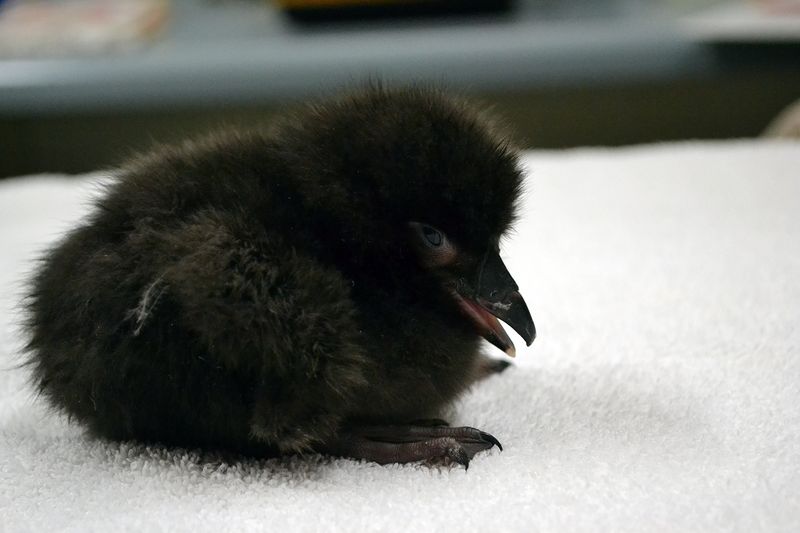 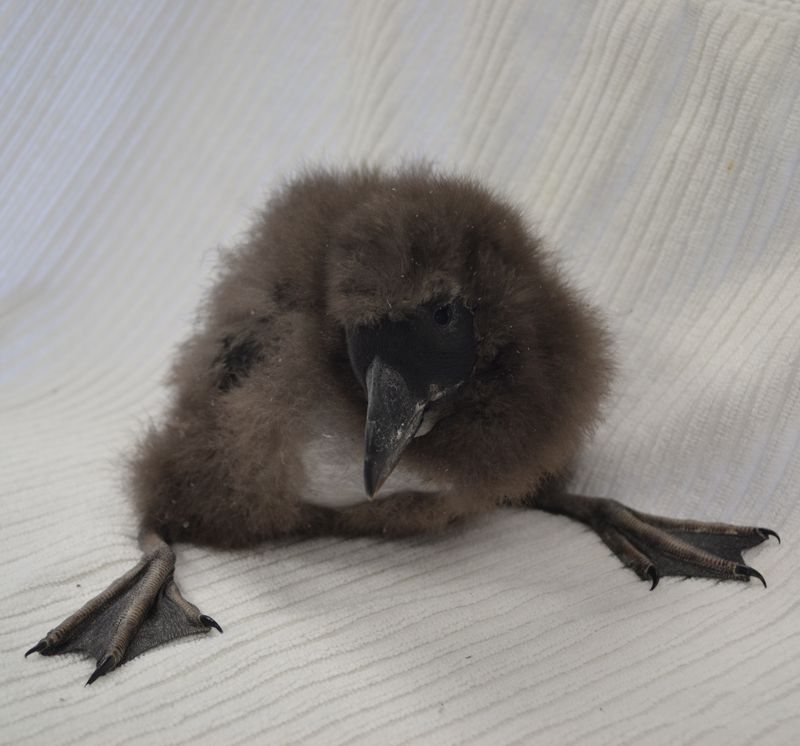 Following a second day of careful observation, it was clear Stella needed an intervention. The aviculturists brought the chick behind the scenes to be hand-raised.

“We do not want Stella to imprint on us, so we limit interactions to feeding and cleaning time, and make adult Puffin noises as we feed,” said CJ McCarty, curator of birds for the aquarium.

“Stella is so fluffy it is a little hard to resist cuddling, but because we plan to reintegrate this Puffin with the population in the Seabird Aviary, minimizing human contact is in its best interest.”

During the early days, a heat lamp kept Stella warm, and a feather duster stood in its parents’ stead for snuggling. The aquarium’s aviculturists fed it every two hours, and even came in late and early to ensure it receives the nourishment it needed.