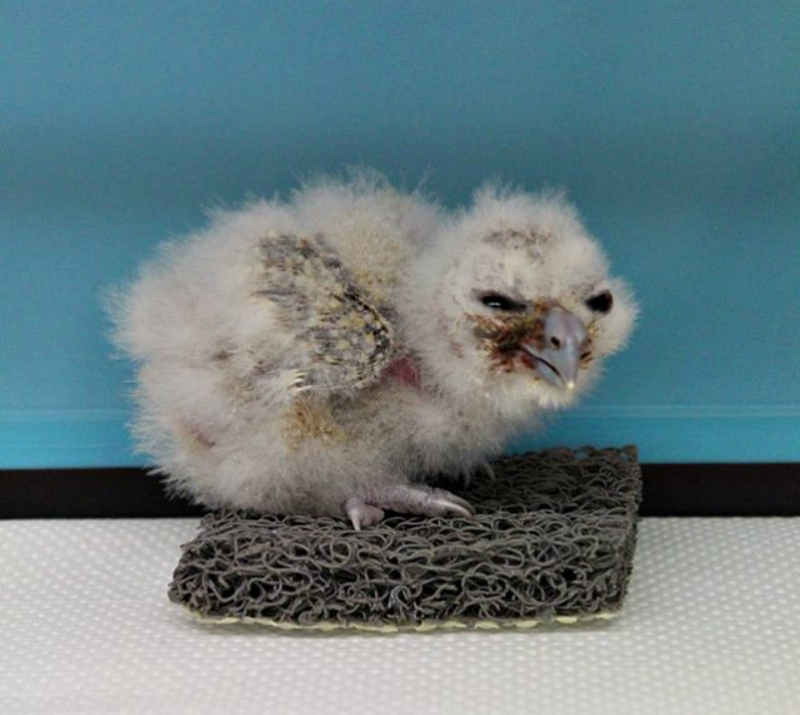 Researchers collected and incubated an egg which had been laid on March 11. Nicknamed “Egg B,” the egg was monitored closely over the 32-day incubation period. The chick took 85 hours to break out of its egg, emerging on April 15. Staff at the Northern Spotted Owl Breeding Program hand-reared the chick, now referred to as “Chick B,” for the first 10 days of its life to increase the chick’s chances of survival.  The chick remained safe and warm, with constant care from staff 24 hours a day. The chick’s specific nutrition and temperature requirements were met as it grew and developed over the 10-day period. Owlets lack the ability to regulate their own body temperature.

After 10 days of round-the-clock care, Chick B was placed in the nest of an experienced Northern Spotted Owl pair named Scud and Shania who reside at the facility. You can see Chick B and its foster parents in the nest on the live stream below or by clicking here. The webcam is hosted by the Fish & Wildlife Compensation Program in partnership with the Northern Spotted Owl Breeding Program.

The mission of the Northern Spotted Owl Breeding Program is to breed Northern Spotted Owls in a captive breeding program for eventual release into over 300,000 hectares of protected old growth forests in hopes that the species will re-establish itself and thrive.  Located in British Columbia, the Breeding Program began in 2007 with a founding population of six adult Spotted Owls. There are currently 20 Spotted Owls residing at the breeding facility, including four breeding pairs. The Program's target is to house 10 breeding pairs by 2020, and release 10-20 offspring each year for the next 15-20 years.

See more photos of Chick B below.