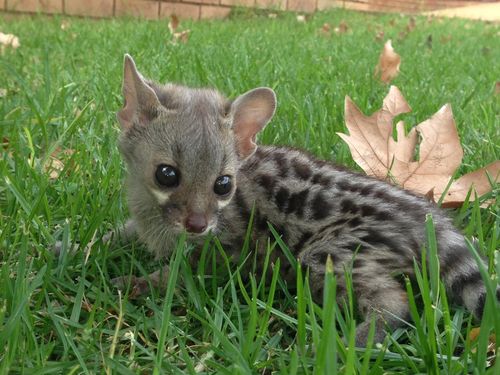 This Large-spotted Genet named Nora has been experiencing a human mother’s nurturing for the past three weeks at the National Zoological Gardens of South Africa. She arrived at three weeks of age after having been cared for by two other volunteers in Mokopane. It is believed that Nora, then only a few days old, was snatched up by an owl, but managed to get away. Injured when found, she was immediately treated. She was brought to the zoo in Pretoria about three weeks ago and has been cared for by their vet nurse Sr Marilise Meyer, her adopted human mother.

Marilise says Nora’s tiny little teeth have started to come out and she has started eating a few insects along with the specially formulated milk that she drinks. She is curious and likes to explore her surroundings - and that sometimes includes Marilise's desk! There was another female Genet at the Center so Nora got to keep company with her.

Genets are dispersed throughout Africa and are found across a variety of habitats that have dense vegetation—including woodlands, savannas, and forests. Adults weigh about 4.5 pounds, are about 20 inches long, and live about 8 years in the wild. Due to human population growth and expanding communities, some Genets have adapted to areas where people have settled. The animals have begun to hunt the poultry raised by folks there, causing people to kill them in retaliation. 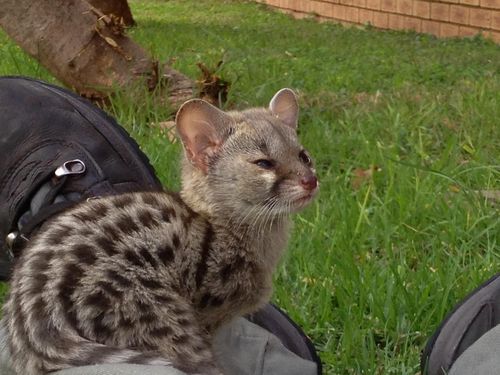 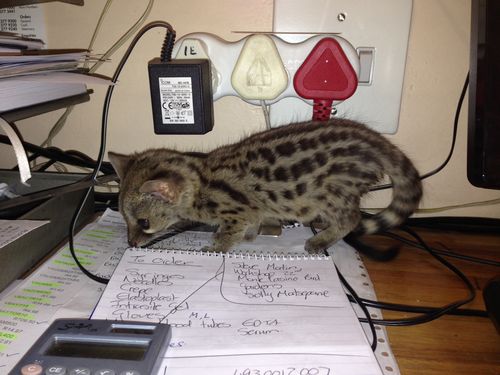 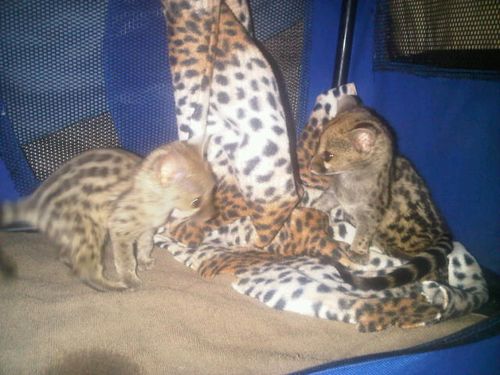 Nora has now been sent to the Free Me Rehabilitation Centre in Johannesburg where she will be introduced to another female with the aim of rehabilitation and eventual release into the Waterberg area. 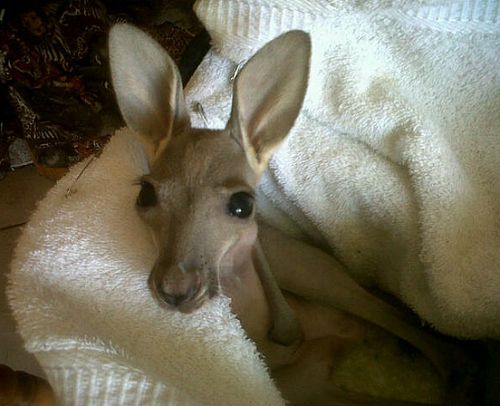 The staff at the National Zoological Gardens of South Africa recently stepped in to assist a young Red Kangaroo joey that was rejected by its mother. Norvy, as the joey has affectionately been named, is the first baby for this mom and it’s believed that something must have startled her, causing her to scoop the joey out of her pouch. She wouldn't allow her joey back in, and the youngster was too uncoordinated, weak and young to climb back into the pouch on it's own.

When the joey was was found abandoned in the Kangaroo enclosure, she was immediately rushed to the zoo’s veterinary hospital where her body temperature was stabilized. Under normal circumstances, Norvy would need to stay in the pouch for another 1-2 months before peeking out, so she now has her own home-made, heated pouch in which to cozily complete that time. Norvy is fed a special milk mixture from a bottle every two to three hours and is doing very well. 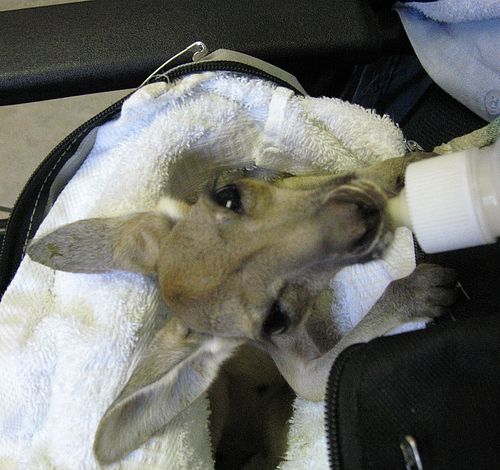 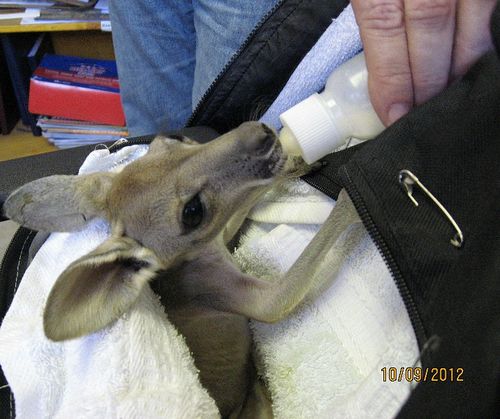 Normally, Kangaroos have a gestation period of 35 days where the underdeveloped joey crawls out of the birth canal, up the mom's stomach and into the pouch. There the joey attaches to one of the teats, which then swells in the joey’s mouth to prevent it from letting go of it. The joey will spend between five and six months in the pouch until it is old enough to venture out on its own. Once little Norvy is weaned and eating solids well, she will be introduced back into the family group through a safe step-by-step introduction program. 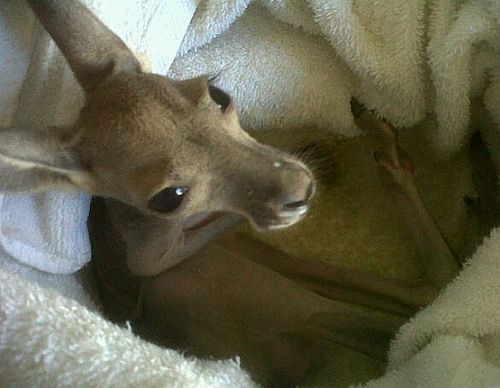