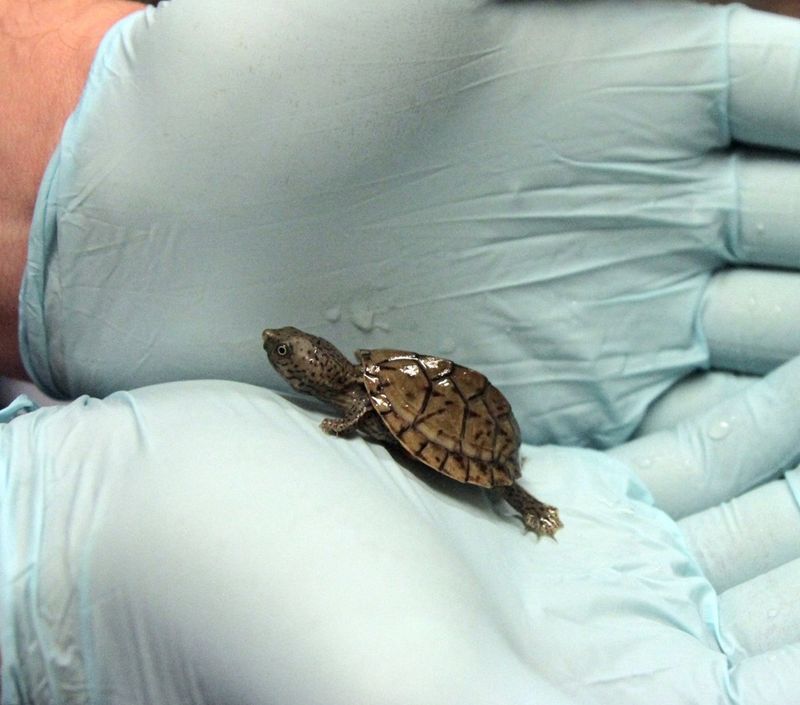 Eight baby Turtles confiscated from wildlife traffickers are safe in their new home at the National Mississippi River Museum & Aquarium. 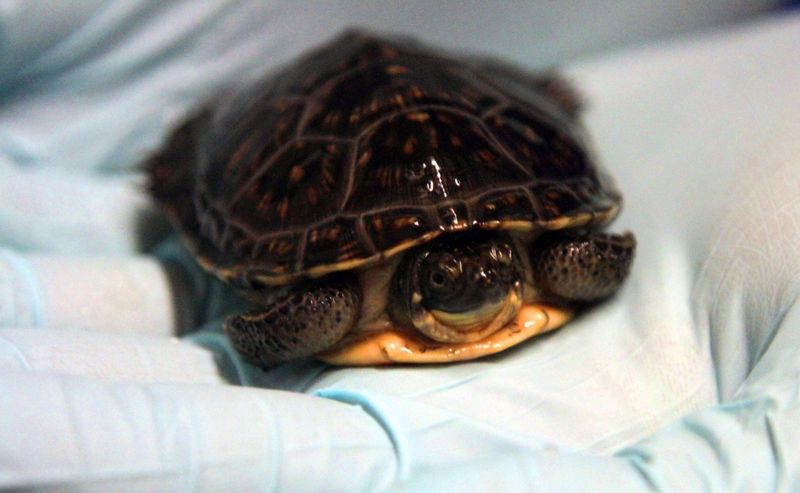 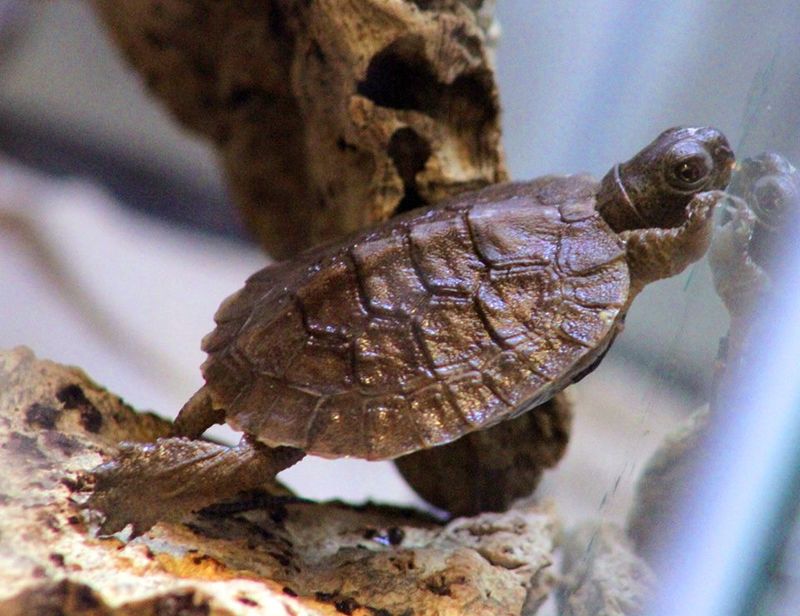 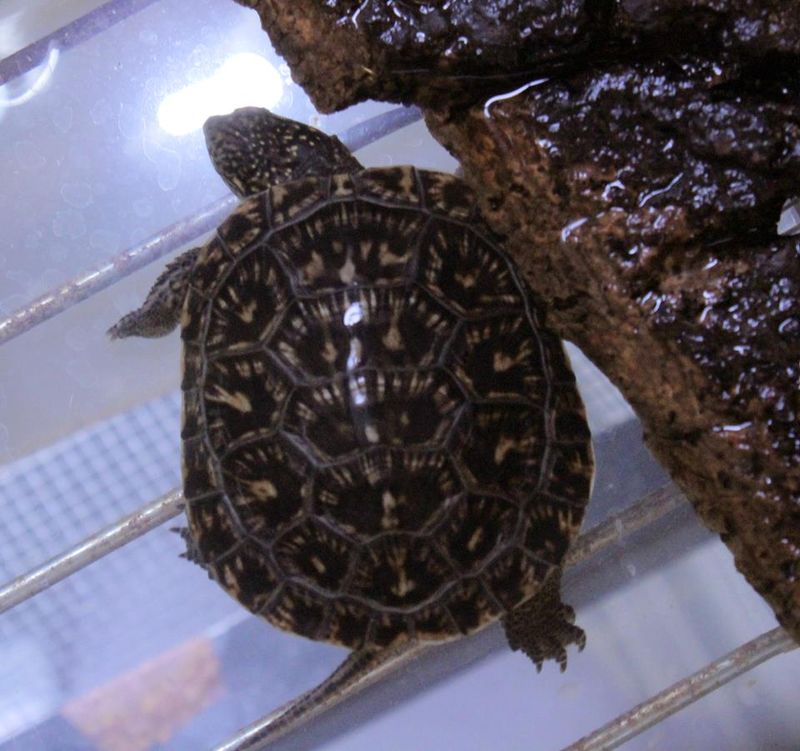 The young Wood, Blanding’s, and Loggerhead Musk Turtles are part of a shipment of more than 200 hatchlings intercepted by the United States Fish & Wildlife Service (USFWS).  The Turtles were bound for export to China, where they would feed the demand for Turtle meat, exotic pets, and Traditional Chinese Medicine.

Thousands of Turtles and Tortoises are sold illegally every day in markets throughout China and Southeast Asia.  The International Union for Conservation of Nature, or IUCN, states that up to 50 percent of Asian Turtle species are now Endangered, and that number is rising.  In fact, Tortoises and freshwater Turtles are the most threatened of any major group of terrestrial (land-dwelling) vertebrates – more than mammals, birds, or amphibians.

Visit the USFWS website to learn more about how illegal wildlife trafficking threatens species around the globe.

Twin Armadillos Are Ready for Action 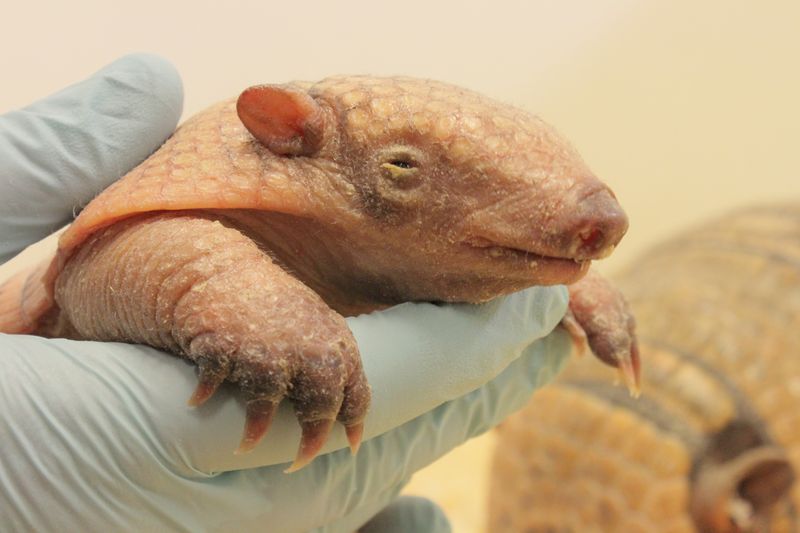 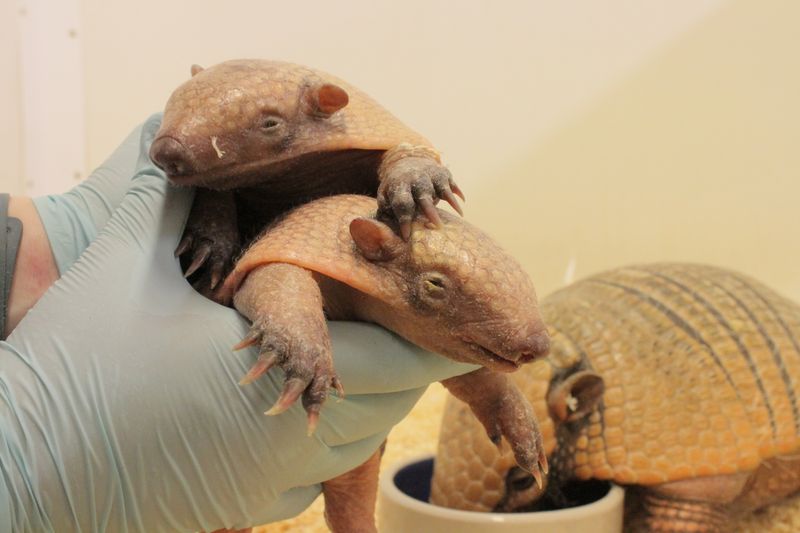 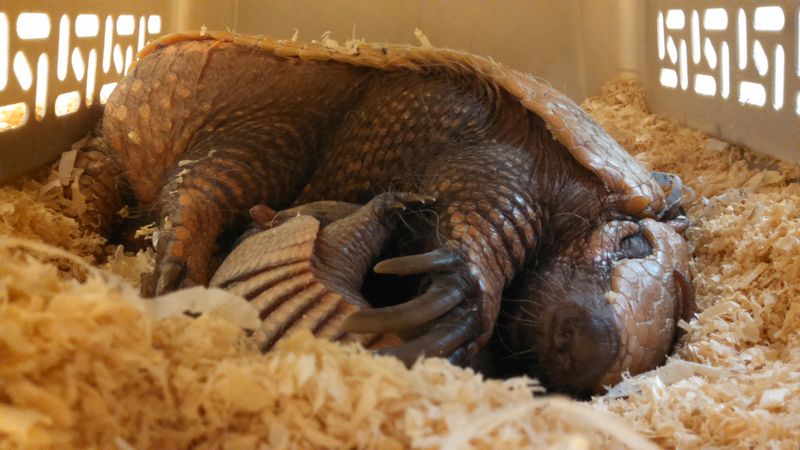 The mother, Dilla, gave birth to one male and one female offspring, which weighed 110 grams each.  Baby Armadillos grow fast – by the time they were five weeks old, each baby weighed about 500 grams! Their father, Marty, is in a separate holding area, giving Dilla room to nurse and care for the babies. The babies will be weaned from their mother at 90 days old, and they will eventually move to another facility accredited by the Association of Zoos & Aquariums (AZA).

Armadillos are known for the armor-like plates that cover their bodies and heads.  These bony plates protect Armadillos from predators – only their soft, furry bellies are vulnerable to attack.

Six-banded Armadillos are native to the southern half of South America, where they roam grasslands and open plains in search of fruits and leaves.

The 2014 AZA Studbook for Six-Banded Armadillos, kept at the Dallas Zoo, states that there are only 23 individuals at 15 institutions (of which 14 are AZA institutions). The Museum & Aquarium holds two of those 23 individual adults as well as the two newborns.

Though they are not considered endangered, Six-banded Armadillos are extensively hunted for meat and medicinal use.