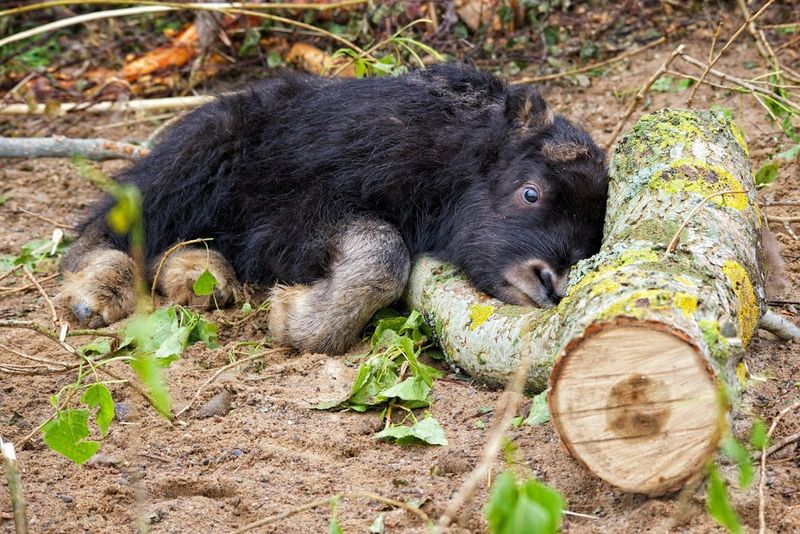 Keepers at Highland Wildlife Park are excited to announce the arrival of a Muskox calf.

Mum, Karin, who was born in the Czech Republic in 2002, gave birth to the male calf on June 2, 2014. This is a major event for the Park as Muskox are difficult to breed due to high neonatal mortality rates. The last Muskox calf to survive until adulthood in the UK was born in 1992. 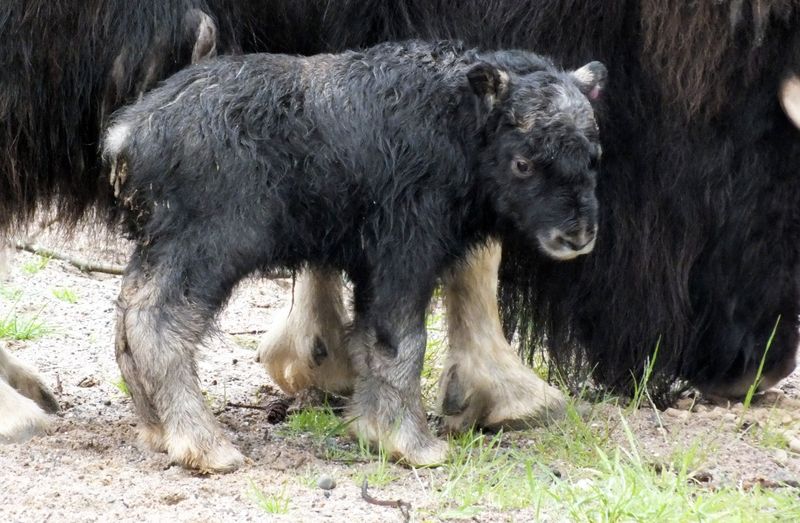 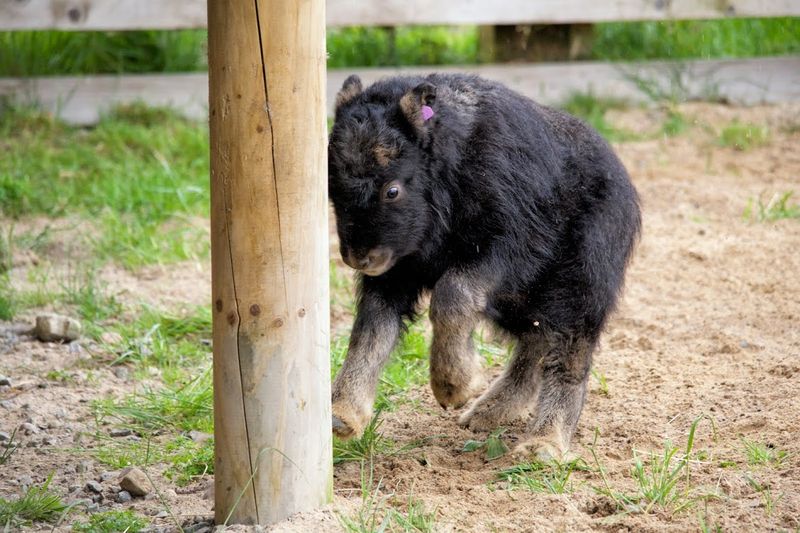 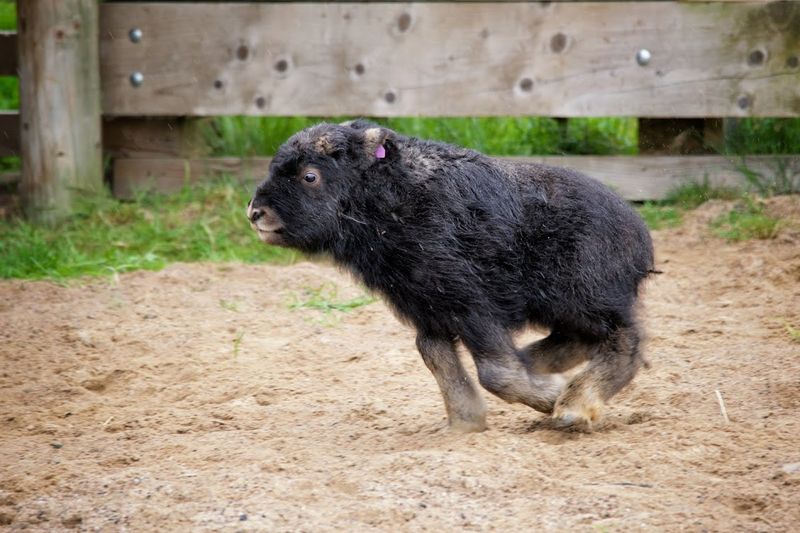 Last year, Belle the Muskox calf sadly passed away at Highland Wildlife Park at around five months old due to an injury inflicted by one of her parents. Musk-ox calves are notoriously difficult to rear in captivity as their weak immune systems means that they are highly susceptible to disease and infection, and the inherent aggressiveness of the adults further complicates the situation. This year keepers are working hard to make sure this new arrival has a successful outcome.

“Although we are very pleased with our latest Muskox calf, we are certainly not out of the woods yet and have a long way to go before we can confidently say that we have been successful.  He is growing well and is being closely monitored by his keepers, but the young of the species are extremely fragile and in light of losing last year’s calf, we have altered our husbandry protocol to hopefully avoid a similar problem. He will remain off show with his mother for some time yet and will be named at a later date.”

Musk-Ox Calf is a First for Highland Wildlife Park 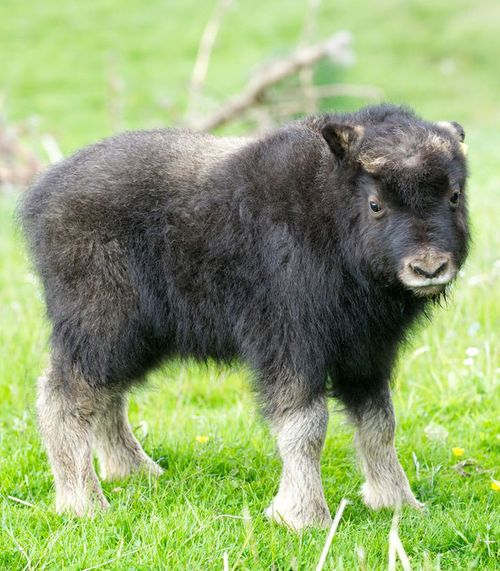 Highland Wildlife Park’s female Musk-ox, Karin, has given birth to the Zoo's first ever Musk-ox calf. Born on Wednesday, May 15th, little Belle has spent her first few weeks of life off-show with mom, but has now started to venture out into her outdoor enclosure.

Belle’s mother Karin was born in the Czech Republic in 2002 and came to the Park only 18 months ago in January 2012. Three-year-old father Myse arrived a few months later in May. 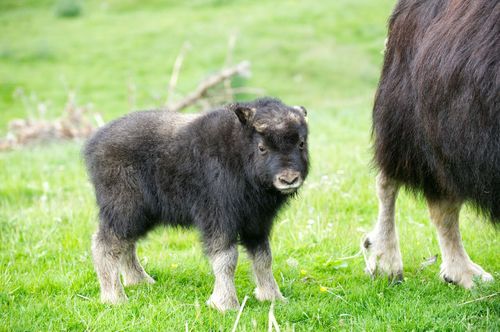 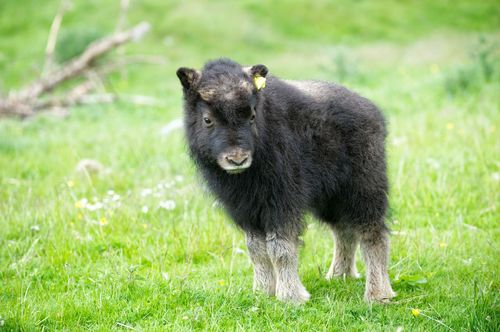 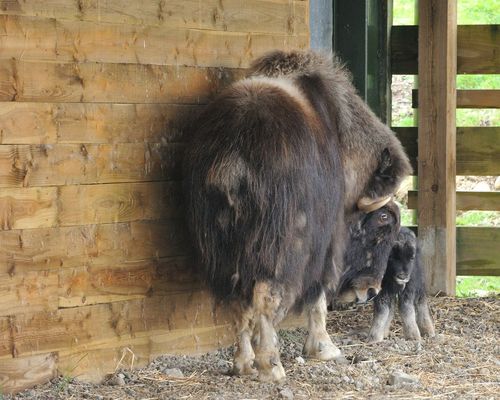 Belle is not only a little cutie, but this hooved newbie is also a significant step in the Musk-ox breeding program– she is the first Musk-ox to be born in the UK in 17 years, an important achievement for the Zoo’s expert animal husbandry team.

Musk-oxen have an extremely thick coat which consists of two parts: long course outer hairs and a soft dense undercoat called qiviut (pronounced kiv-ee-ut). Qiviut wool is highly prized for its softness, length, and insulation; it is considered to be one of the lightest and warmest wools in the world. 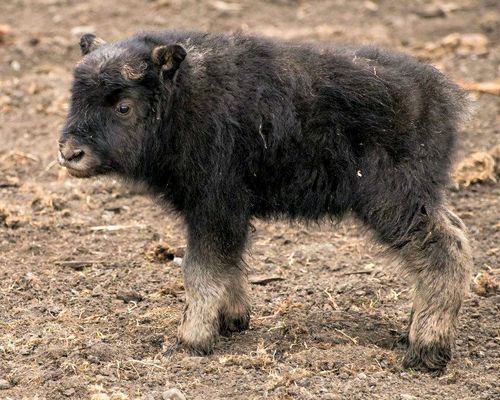 With shaggy fur and chunky legs, a baby Musk Ox is taking center stage at the Calgary Zoo.  The calf was born on April 23 to mom Shyia and dad Tlayopi.  Though Musk Ox calves are big babies, they have a lot of growing to do before reaching their adult weight of 500 to 800 pounds.

This little calf and his mother appear to be bonding well, and the calf is nursing regularly.  Musk Ox calves nurse for about two months, then begin eating vegetation like the adults. 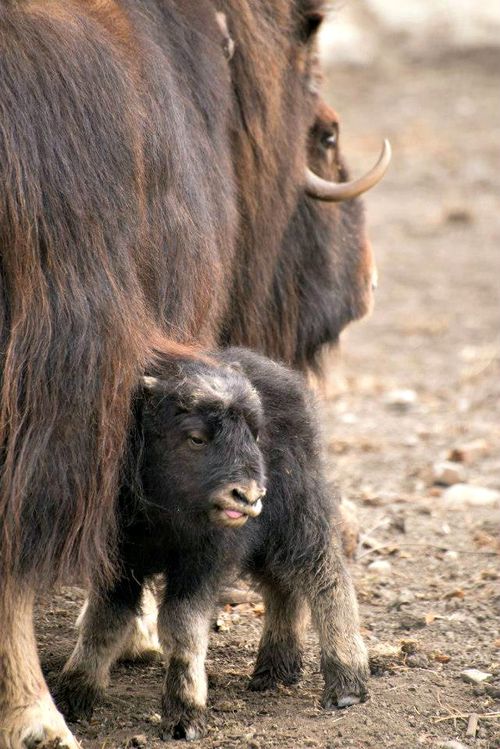 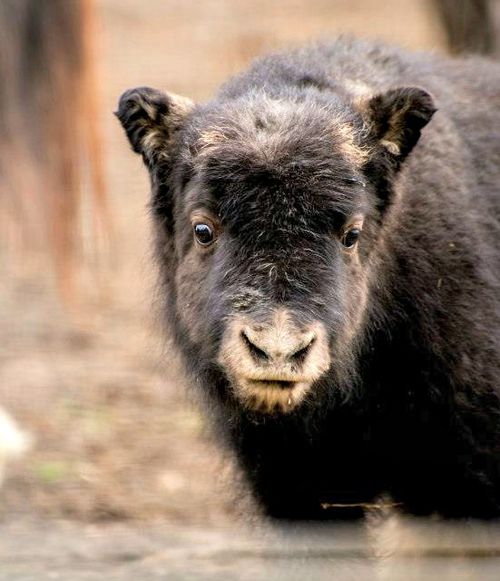 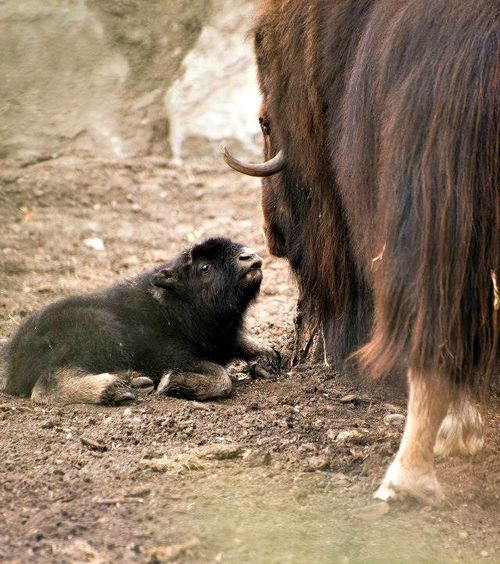 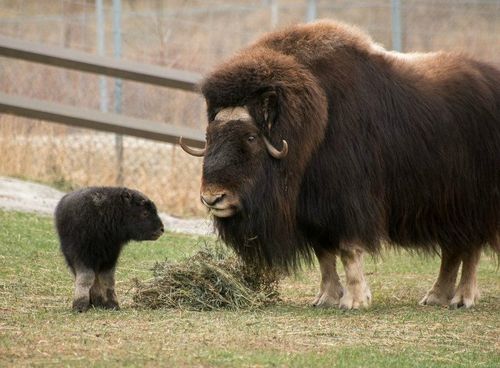 Musk Ox are named for the strong musky odor emitted by adult males.  They lived in small herds of about 20 animals in the Canadian Arctic and in Greenland; herds have also been introduced in Scandanavia.  Adult herd members will protect young calves by standing in a circle, facing outward, with calves in the center of the circle.

Musk Ox populations are stable in the wild.

See more photos of the baby Musk Ox below the fold.