Museum of Life and Science 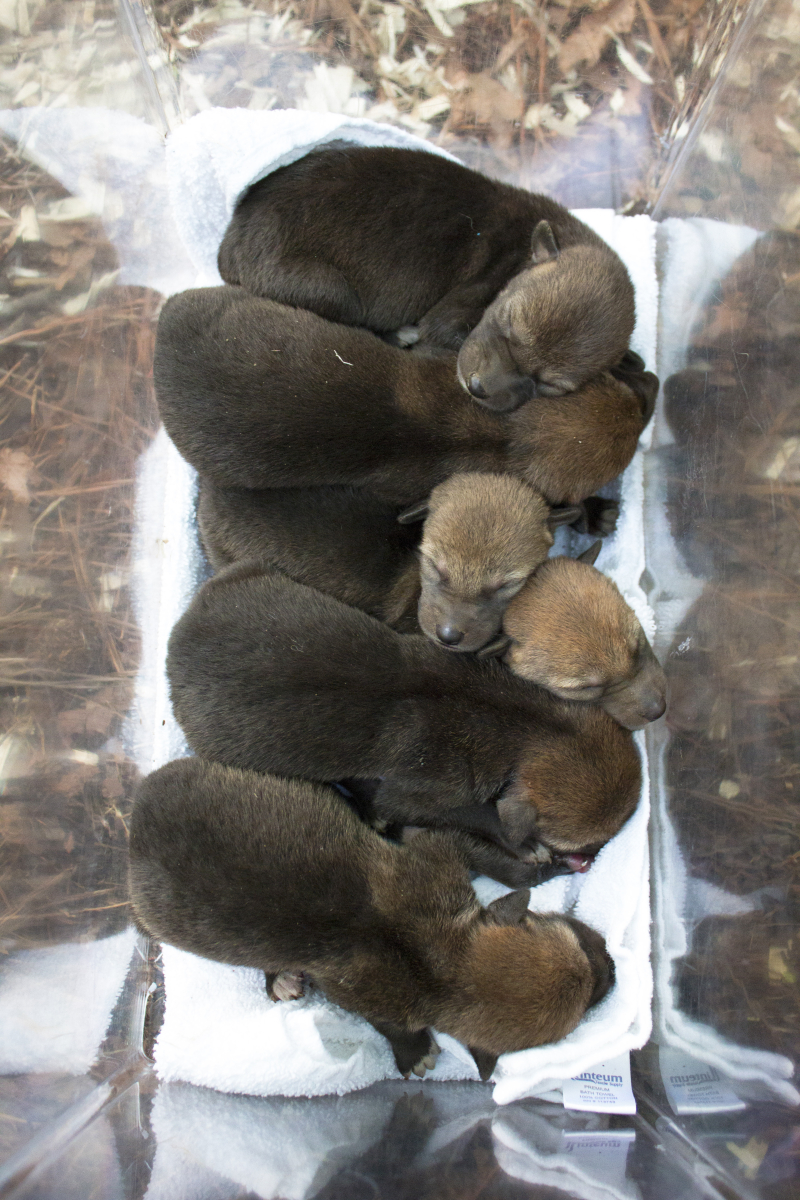 The Museum of Life and Science, at Durham, North Carolina, is howling with excitement!

On April 28 the Museum's 6-year-old Red Wolf gave birth to a litter of three male and three female pups. This is the first litter for the Museum, since 2002. All pups and their mother were found to be in good health by the animal care team and are currently on exhibit in the Museum's Explore the Wild exhibit.

Once a top predator throughout the southeastern United States, and one of only two apex predators native to North Carolina, the Red Wolf (Canis rufus) is classified as “Critically Endangered”, with captive and wild populations totaling less than 300 individuals. 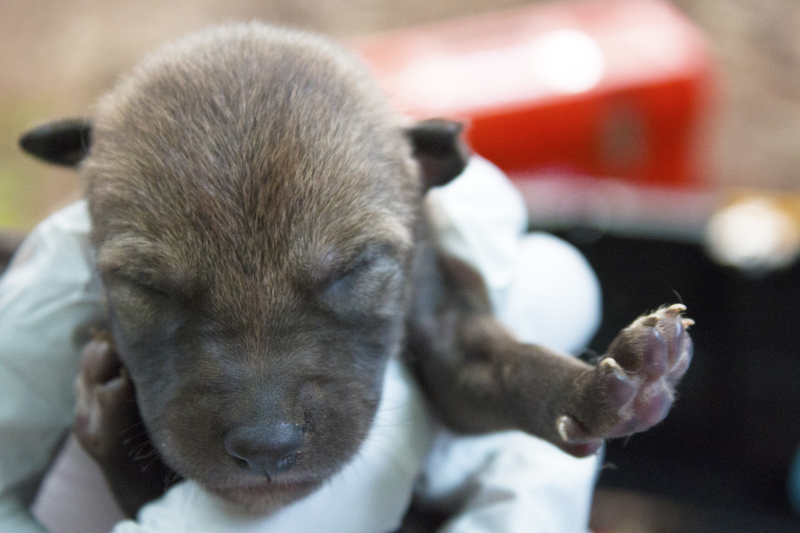 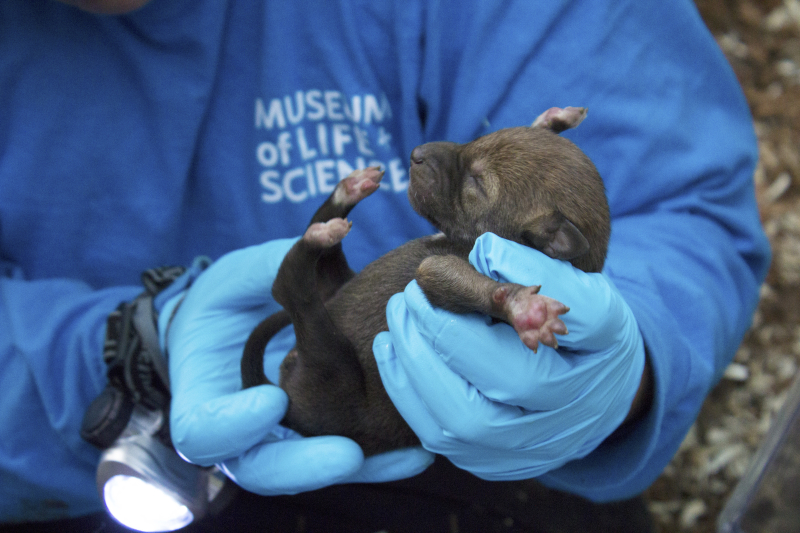 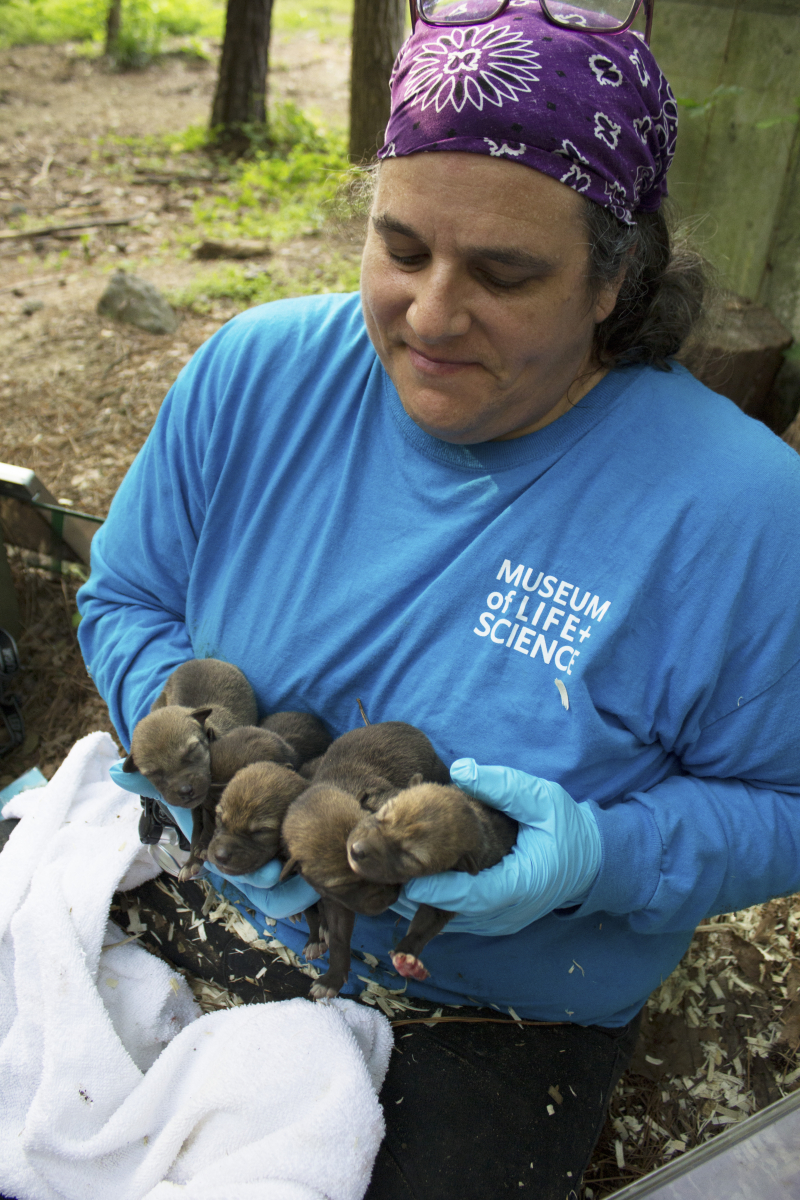 The Red Wolves living at the Museum are a part of the US Fish and Wildlife Service's Red Wolf Recovery Program as well as the Red Wolf Species Survival Plan (SSP), a collaborative breeding and management program developed by the Association of Zoos & Aquariums (AZA) to ensure the sustainability of endangered animal populations.

in Museum of Life and Science, Wolf | Permalink | Comments (2)