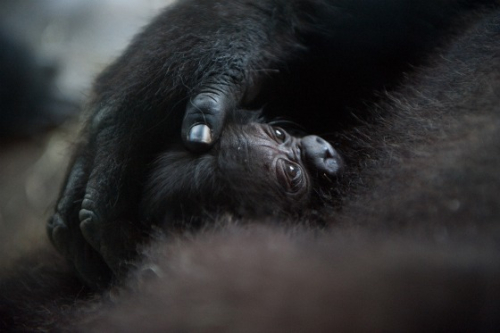 On Father's Day -- June 19 -- after months of anticipation, a tiny Western Lowland Gorilla was born to mom Kumbuka, 14-year old, at Zoo Miami in Florida.

Because the mother is so protective, zoo keepers don’t want to disturb the first critical days of bonding and nursing between her and her newborn, so the baby's gender and weight has not yet been determined.. The infant has been observed nursing and appears healthy. Once the staff can safely separate mother and infant, the veterinary staff will perform a neonatal exam. 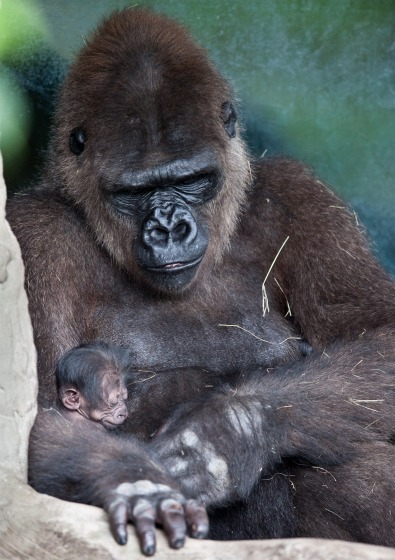 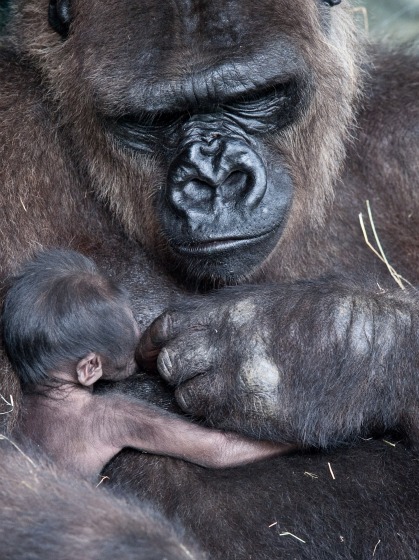 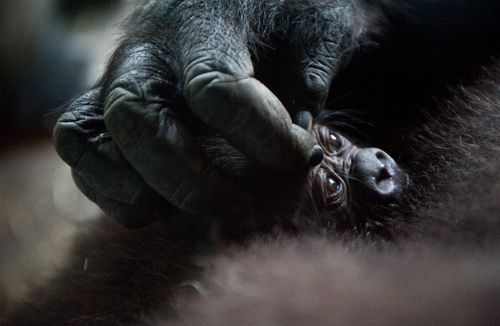 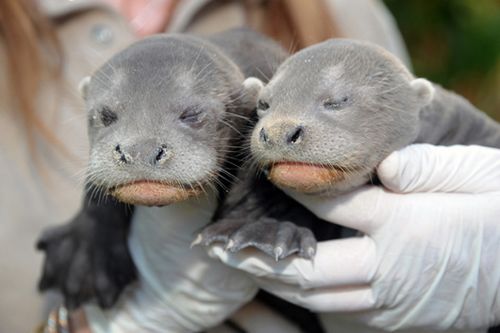 For only the second time in history, Giant River Otters have been successfully bred at a North American zoo. Born January 31st at Zoo Miami, there are two pups, one male and one female, each weighing between 2 and 3lbs. While they might be small now, these pups will grow up to be truly giant at a length of 6ft and a weight of around 75 lbs.! This landmark event represents the culmination of years of collaboration between Zoo Miami, the Philadelphia Zoo, the Cali Zoo in Columbia and the Brazilian Institute of the Environment. 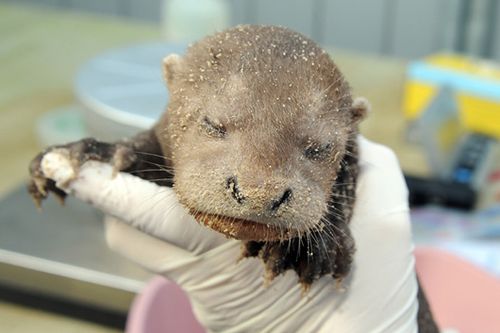 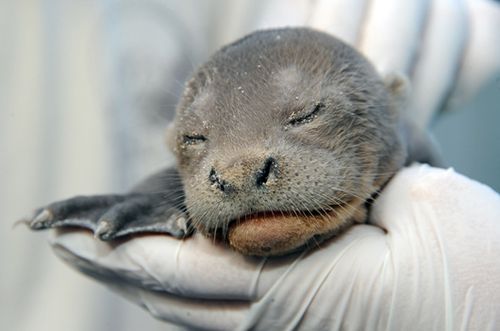 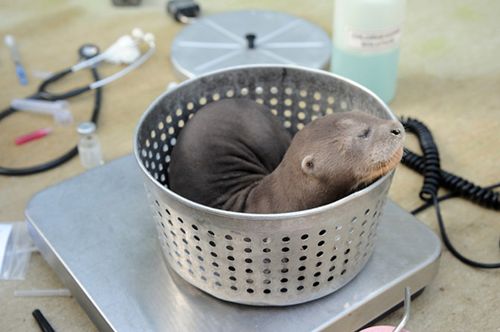 Since their birth, the parents and pups have been left alone in seclusion because of how sensitive they can be to external activity. After giving the parents and pups several weeks alone to bond and establish themselves, they were briefly separated yesterday (for the first time) so that the Zoo’s veterinarian could perform a neonatal exam on the newborns.  Neither of the pups has opened their eyes yet but all indications from the quick exam are that they appear to be healthy and strong.

A first-time mother, Kara was born at the Philadelphia Zoo in March of 2005 and arrived at Zoo Miami on June 4th, 2008.  She is on loan from the Brazilian Institute of the Environment and Natural Resources in Brazil.  The first time father’s name is “Witoto,” and he is on loan from the Cali Zoo in Cali, Colombia where he was born in April of 2004.  This is truly an international collaboration in an effort to preserve this extremely rare animal!  The pair has been a visitor favorite at “Amazon and Beyond” since the exhibit’s opening in 2008.

The other day, we brought you news of Zoo Miami's Pygmy Hippo baby. Zookeepers are now asking the public to help choose between four names. "Nzuri", which means beautiful, "Nyumbani", meaning home, "Leona", a reference to Sierra Leone, and "Asali", meaning honey; a tribute to one of the Zoo's Hippo's which passed away last year. You can visit the zoo's survey now and cast your vote! 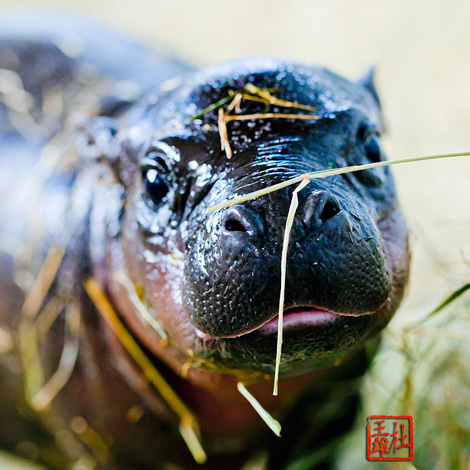 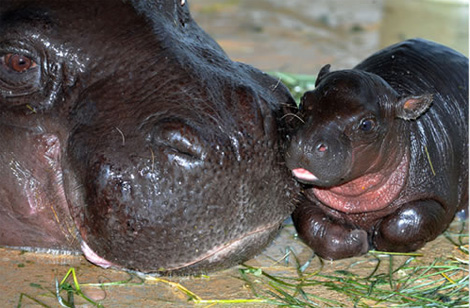 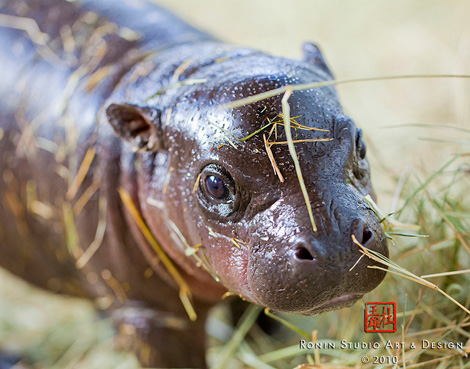 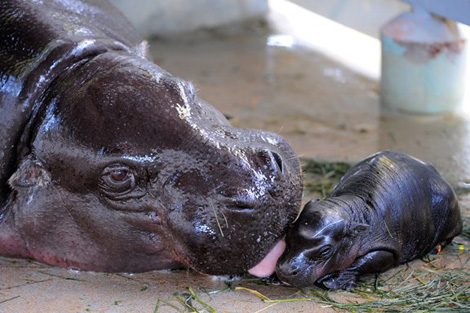 Check below the fold to view more images of the calf.

A female Pygmy Hippo was born last week at Zoo Miami.  Her mother is 18 year old “Kelsey,” who was born at the Baton Rouge Zoo and arrived at Zoo Miami in May of 1993. This is her first baby.  The father is 11 year old “Pogo” who was born in the Toronto Zoo and arrived at Zoo Miami in June of 2009. Pygmy hippos are extremely rare and are found in isolated pockets of West Africa, mainly in Liberia, with only a few thousand remaining in the wild.  They are substantially smaller than the more common river hippos, usually weighing between 500 and 700 pounds as opposed to the river hippos which can weigh close to 8,000 pounds. 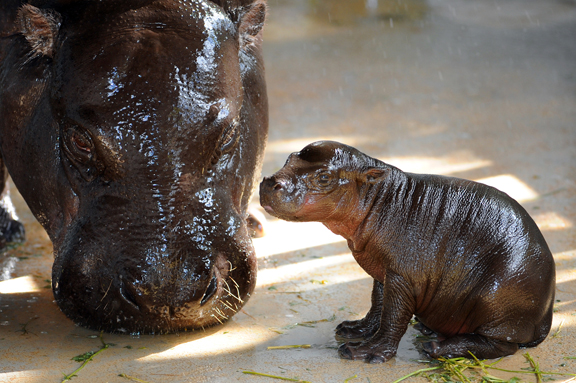 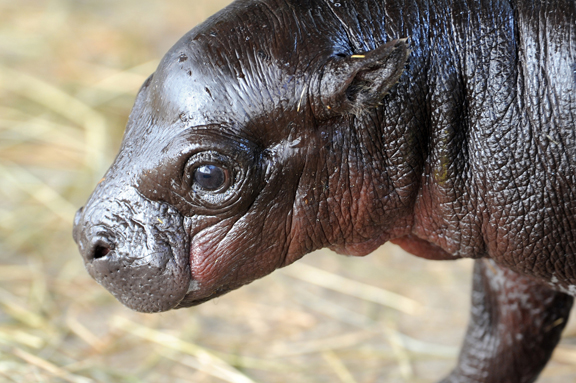 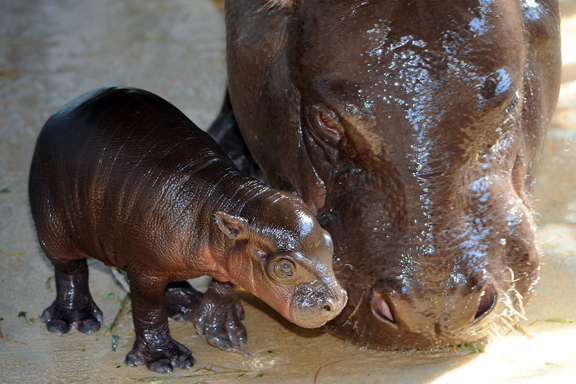 Last month the Miami Metrozoo became the second zoo in the United States ever to breed a rare Harpy Eagle. Since baby eagle mortality rates are high, the zoo waited until this week to announce the birth, but happily the baby eagle is in great shape. The chick's gender is unknown as zoo staff cannot get too close. When keepers approach the chick "the mother gets very defensive, opens her wings and covers the chick right away. Then she starts squealing … wheeee wheeee wheee. And when a bird has talons the size of a grizzly bear's paw, you pay attention," explained the zoo spokesman. 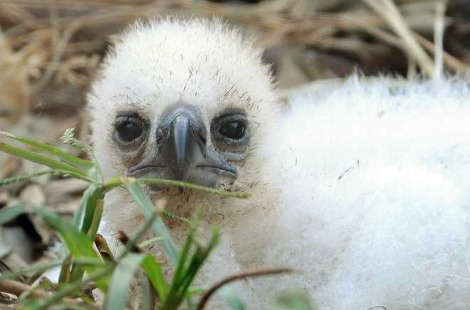 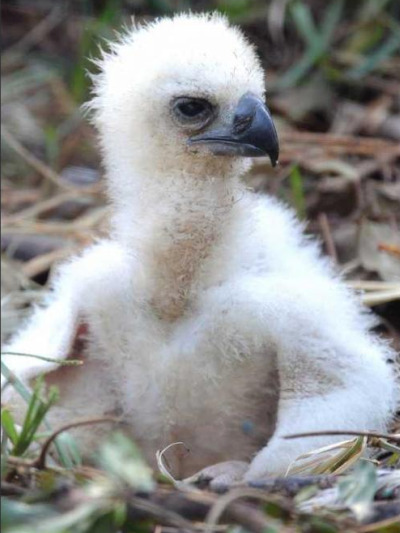 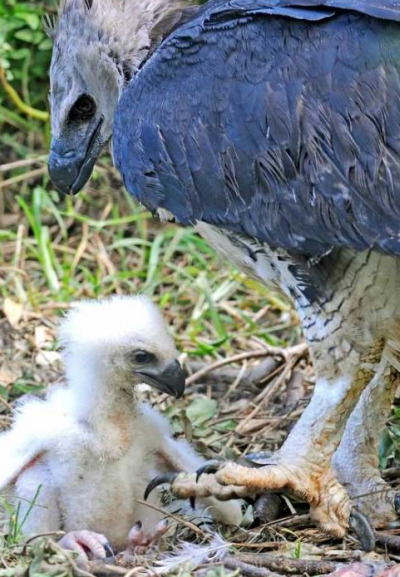