Once More With Brazil's Oncilla Cub! 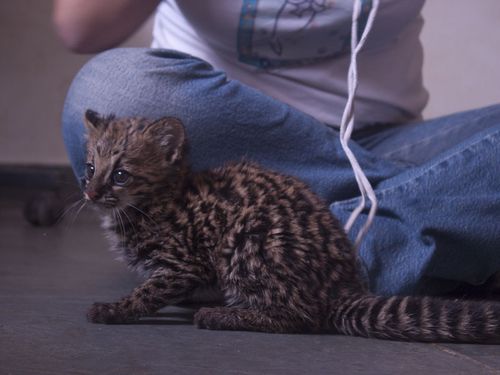 The Mata Ciliar Organization in Brazil has shared new pictures of its baby Oncilla. "Fuss", as he was named by keepers, is now about 3 and a half months old, full of energy, and plays all the time. He's already gotten big enough to begin eating meat! 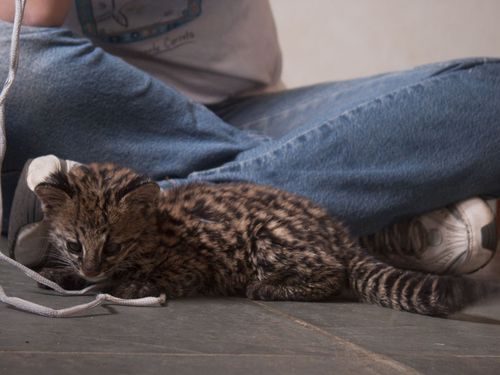 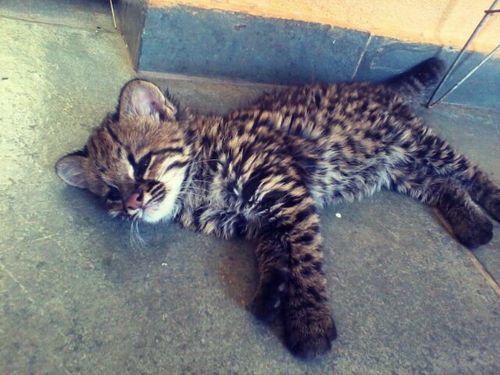 Click below for a video if little Fuss fussing over a piece of string. 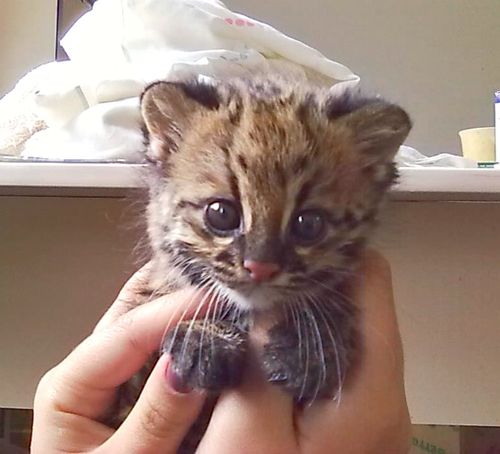 Today ZooBorns is proud to showcase our first Oncilla cub and first submission by Brazil's Mata Ciliar conservation organization. On August 16th, the Mata Ciliar Association received a call about an orphan Ocelot cub found near a controlled fire area (fire belt) in Brazil. Although the cub's mother most likely escaped the fire, she did not return for her cub. When staff arrived, they realized the cub was actually an Oncilla, a smaller relative of the Ocelot, and brought the cub back to their rehabilitation facility for hand-rearing. Only two months old, the cub is a healthy male. Staff named him Tost. Controlled burns for agricultural lands are one of the main causes of injured animals throughout Brazil. 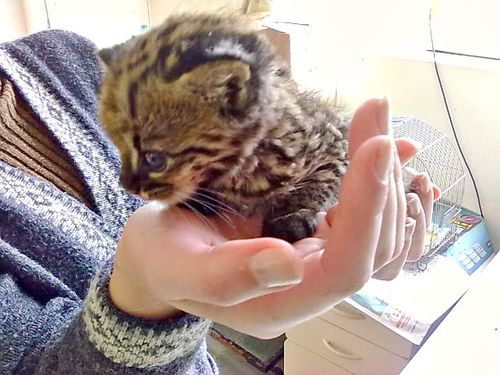 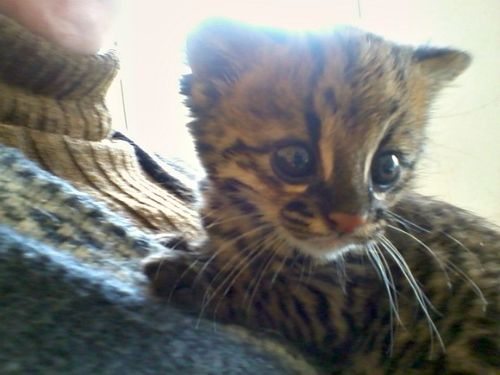