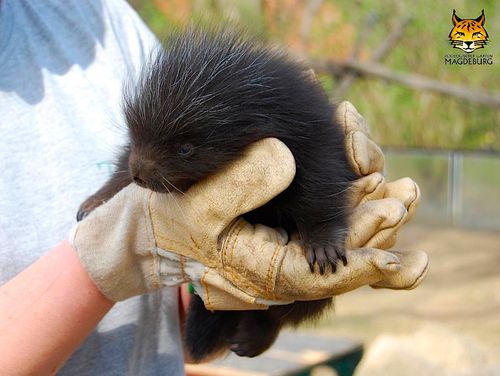 There's a spikey new addition to Zoo Magdeburg's family of North American Porcupines: a porcupette, whose sex is still undetermined, was born on April 1st. Recently, the shy porcupette sat quietly on a scale to be weighed, but scurried back to mom as soon as the adventure was over. The baby weighed a healthy 870 grams. Fully grown, North American Porcupines will weigh from five to ten kilograms.

In addition to the newborn, Zoo Magdeburg has two adult females and one adult male, which live in an exhibit with Black-tailed Prairie Dogs. The zoo's first successful breeding occured in 2003, with the offspring now living at Duisburg Zoo. 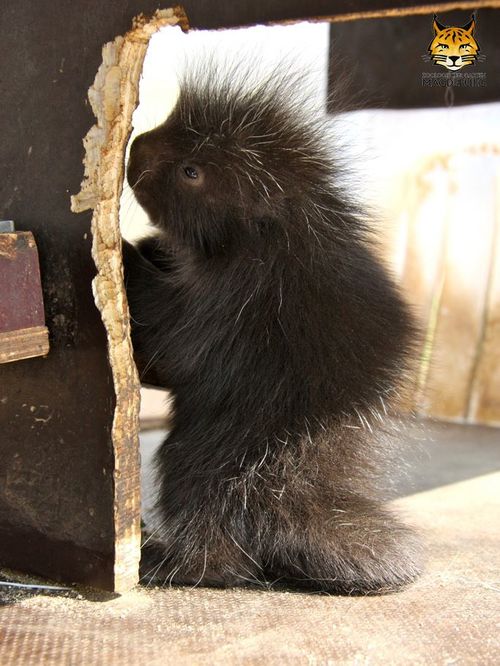 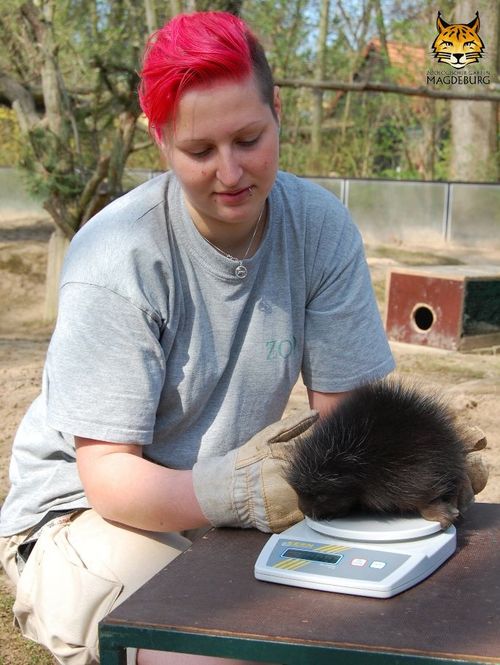 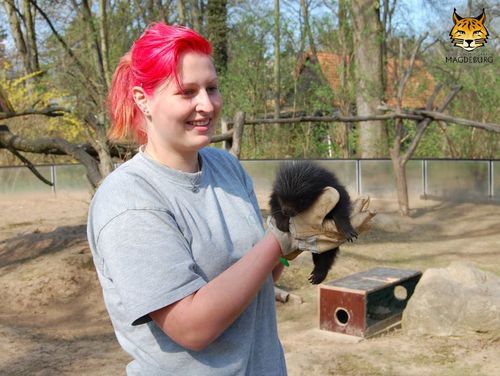 Read more about North American Porcupines below the fold.