Bat Baby Hangs Out For Halloween 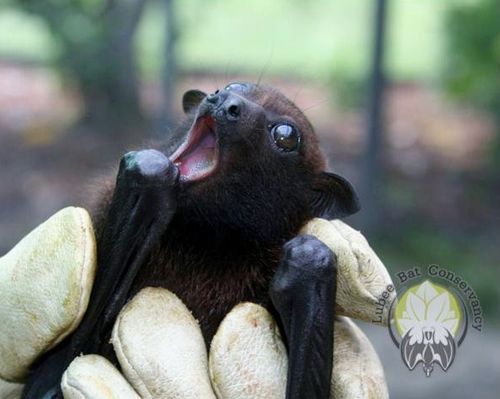 Zeke the baby Variable Flying Fox was born recently at Lubee Bat Conservancy. Bats make up one fifth of all  mammals (1,116 species). They are among the most endangered of the world's creatures, primarily because much of their habitat has been eliminated by human encroachment or because they are over hunted for food or persecuted as pests or disease carriers. Their loss has serious consequences for the ecosystems to which they belong because bats are important seed dispersers and pollinators for many native flowering plants, and key insect predators globally. 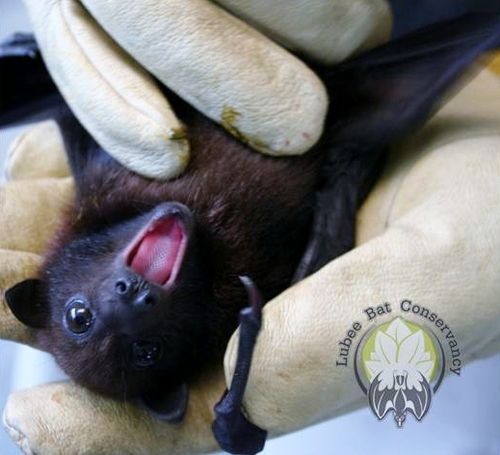 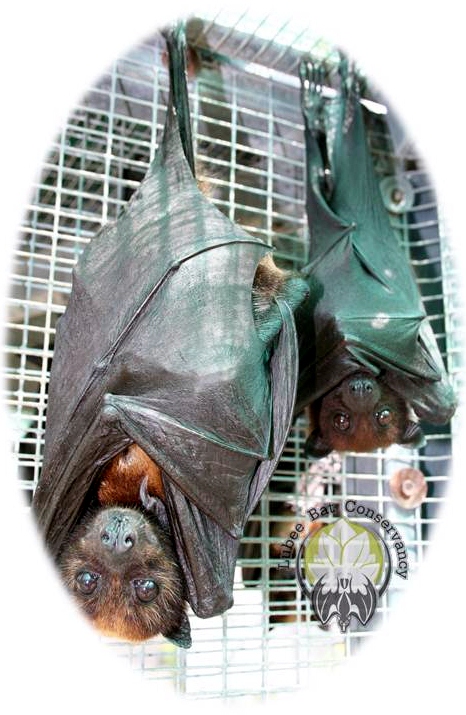 Last year the Lubee Bat Conservancy in Gainesville, Florida welcomed twelve bat pups, including the rare birth of twins by mother Variable Flying Fox "Charisma." This organization is dedicated to conserving "fruit and nectar" bats because these animals are vital to pollination and seed dispersal in many of the world's jungles. The evolutionary origins of bats are a subject of much debate but they are most certainly NOT flying rodents. Once thought to be more closely related to shrews and hedgehogs, recent genetic evidence suggests bats may be more closely related to carnivores like bears, dogs and cats. 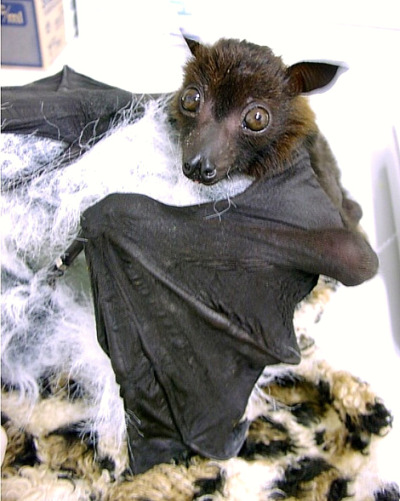 A Large Flying Fox pup clings to a stuffed animal 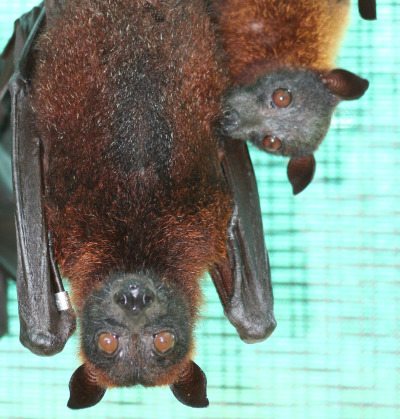 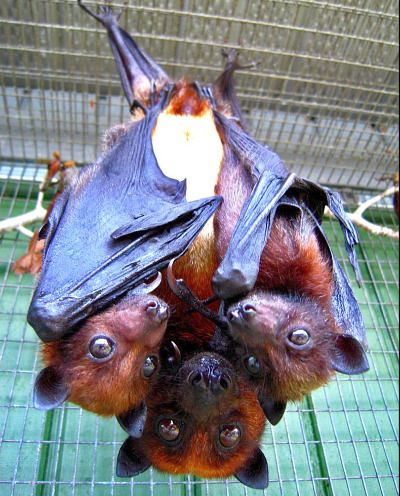