Three Southern Cassowaries hatched, between May 23 and May 26, at Lodz Zoo in Poland.

This is the fourth time for such an event at Lodz Zoo, since the first appearance of the species at the facility in 1967. Breeding the species in captivity is rare. Although reportedly kept in 106 zoos worldwide, the bird has been bred only in four institutions, with six chicks hatching in the last twelve months.

As a standard behavior in Cassowaries (as well as in the Emu and the rheas) Lodz Zoo’s female showed no interest in her new clutch. Between March 15th and 30th, she laid four large green eggs. She then separated from the male and left him in charge of the eggs. He started incubating them, and four days later, to the surprise of the keepers, the female laid two more eggs. Incubation of the first four eggs lasted 53-56 days. Three chicks emerged; however, one embryo did not hatch and was found deceased, in fully developed stage within the egg. The two eggs that were laid after the female left were never fertilized.

The three chicks that emerged are precocial and nidifugous, which means they were able to walk and feed only a few hours after hatching. In the beginning, the young do not resemble the adults; they are striped with yellow and dark brown or black, and they lack the casque typical for adult birds. 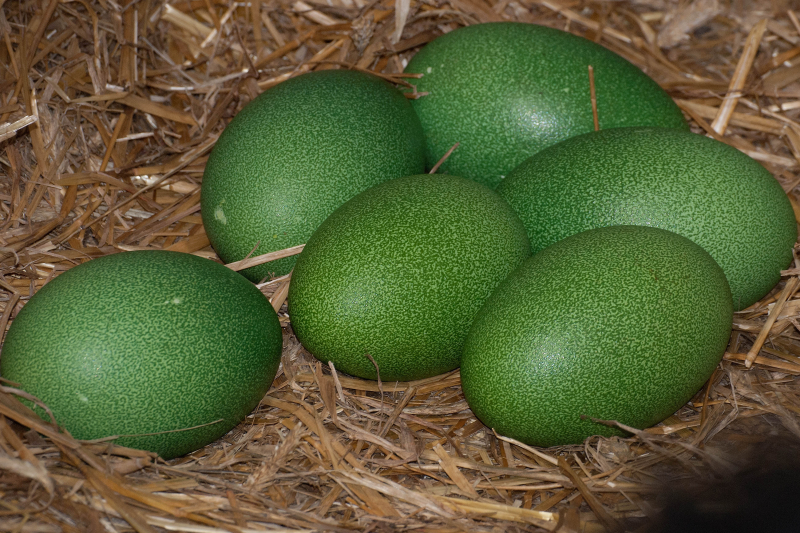 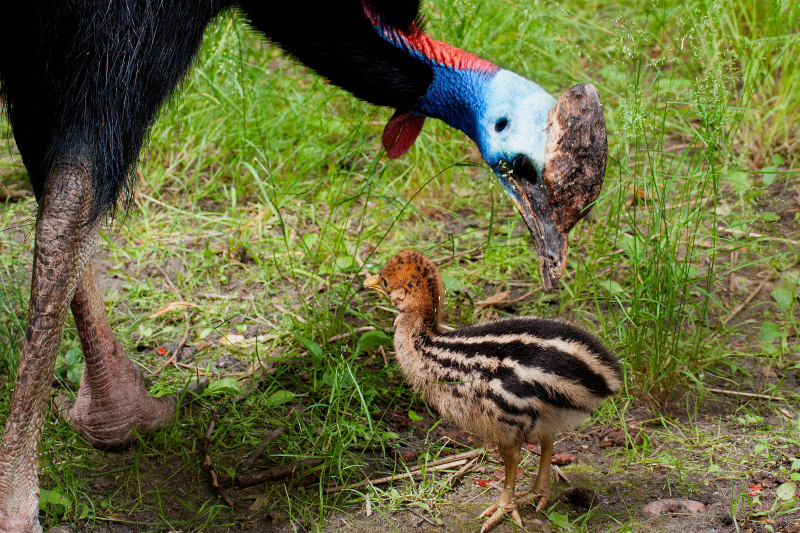 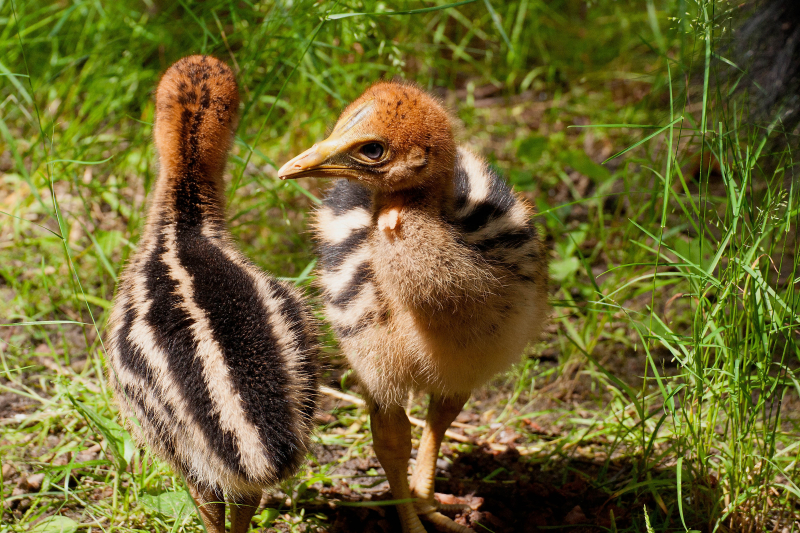 The father has closely guarded the chicks from the very beginning and helped them to feed by picking food up off the ground. The bird family occupies a shadowy, grassy and quiet enclosure almost out of visitors’ reach. However, when threatened, the male shows aggression being ready to kick anyone who approaches the young too close. The Zoo reports that this was especially true for their photographer as he tried to capture first moments of the chicks’ life.

Cassowaries are known for their unusual and powerful defense; the birds weighing up to 60 kg and reaching in an erect posture a height of nearly 2 m are able to retaliate with overwhelming force – kicks with their strong legs and razor sharp claws can be terrible to man leading even to death, as reported by Australian media.

The Cassowaries are ratites (flightless birds without a keel on the sternum bone) in the genus Casuarius and are native to the tropical forests of New Guinea (Papua New Guinea and Indonesia), nearby islands, and northeastern Australia.