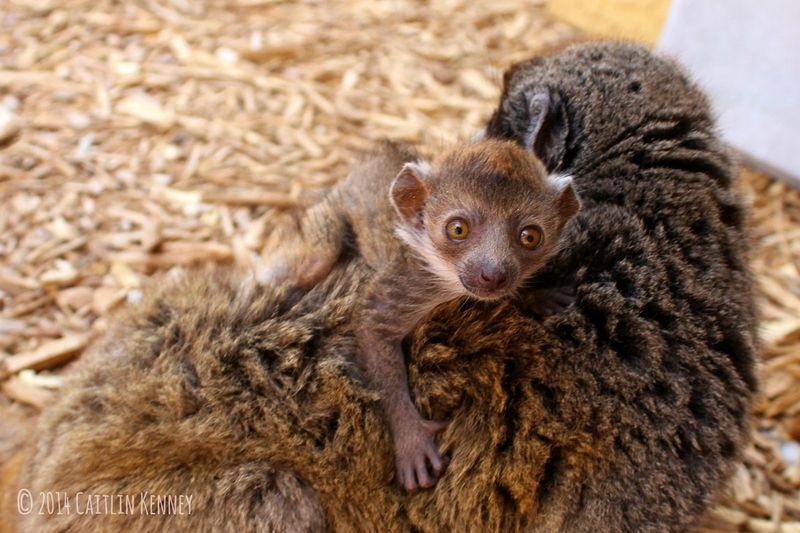 In April, Kikeli, a Critically Endangered Mongoose lemur, gave birth to the first infant of 2014 at Lemur Conservation Foundation in Florida. Kikeli's new infant is starting to climb around on mom a lot, and is reaching out to one-year-old brother, Silvio, and dad Felix.

Silvio and Felix are both very interested in the new addition to their family group, and have groomed the infant while it holds onto its mother. With such a young infant, Kikeli is being a good, protective mother and only allows the males brief contact with the baby. 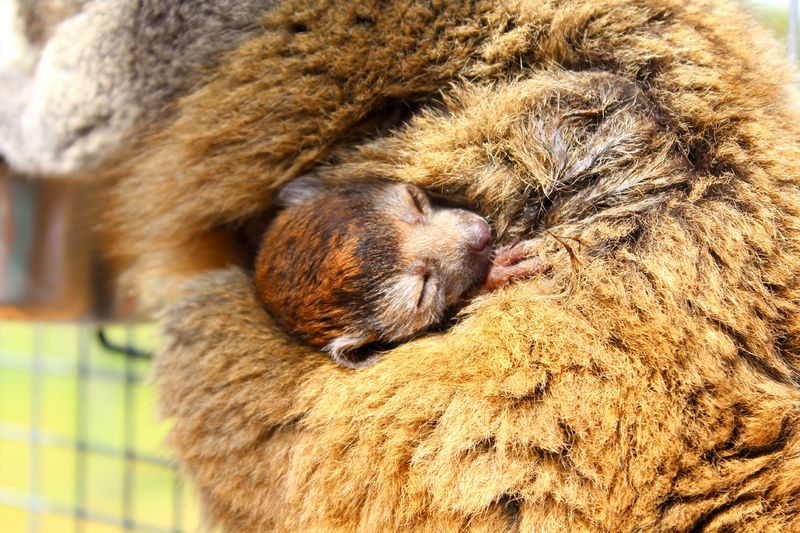 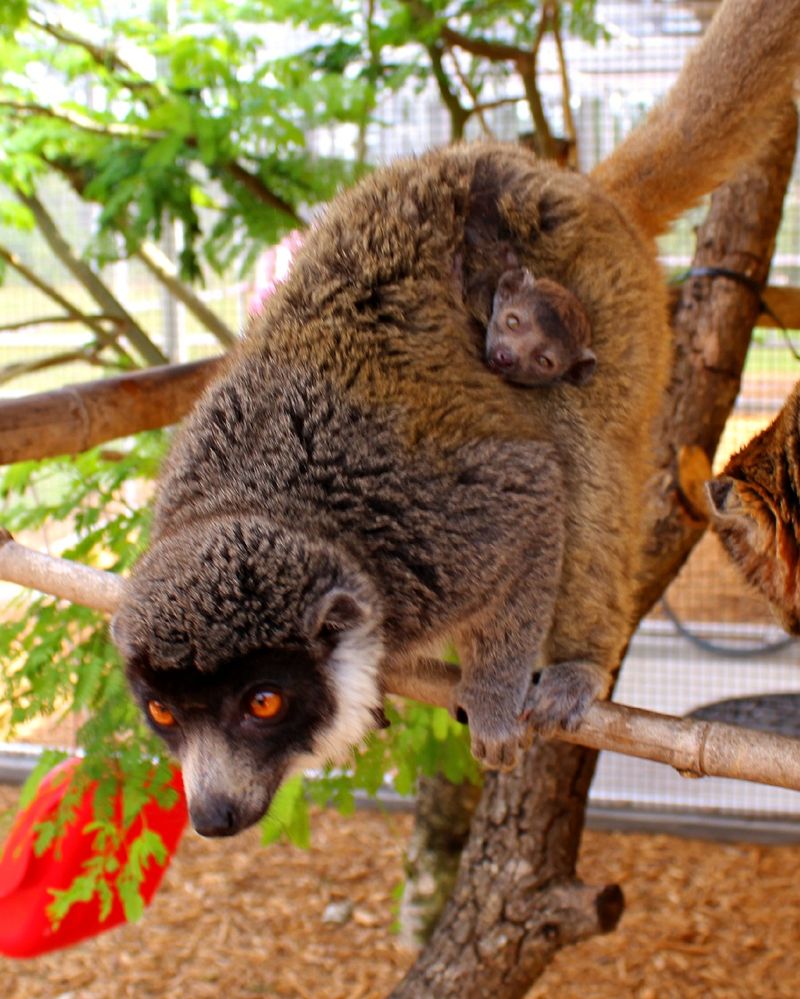 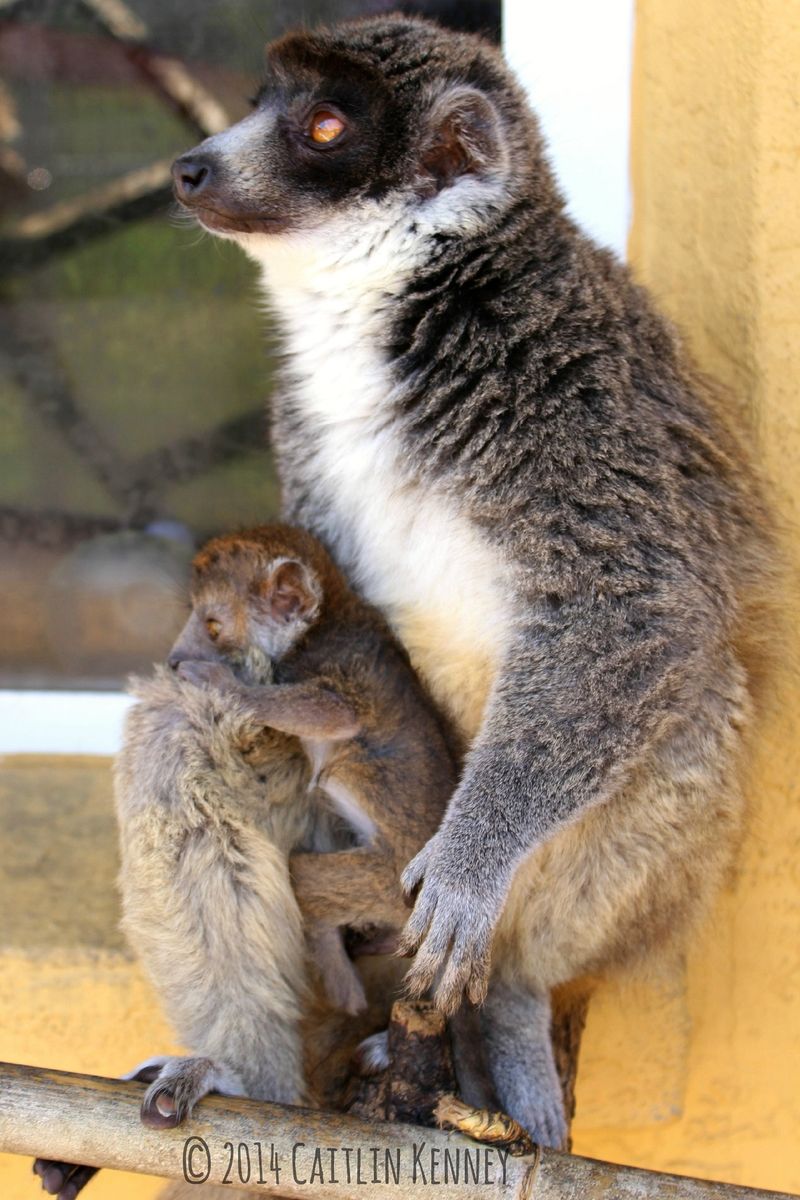 Between 2008 and 2012, the International Union for the Conservation of Nature (IUCN) increased the conservation status for Mongoose lemurs from Vulnerable to Critically Endangered. The IUCN and the Species Survival Commission organized the Lemur Red-Listing and Conservation Planning Workshop in July of 2012. Participants met to review the status of all 103 known species of lemurs, concluding that lemurs are among the most endangered species in the world. In 2013, all 3 Mongoose lemur infants born in the United States were born to mothers at Lemur Conservation Foundation.