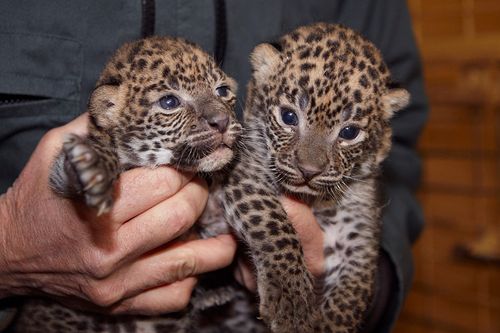 Threatened by poaching and habitat destruction, this rare subspecies of Leopard got a helping hand from the European Endangered Species Breeding Programme. Of the seventy-seven Sri Lankan Leopards in captivity, sixty-six live in Europe, including these two adorable cubs, born March 6. 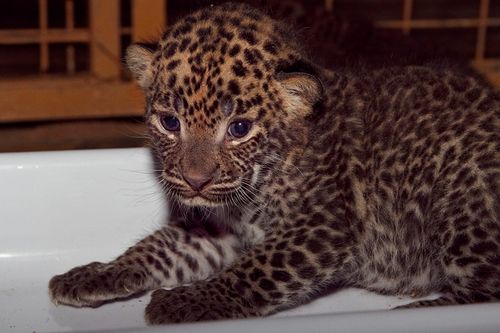 The cubs spent their first week secluded with mom to minimize disturbances while the family bonded. Since then the babies received vet check-ups and microchips. They made their big debut this past Friday. 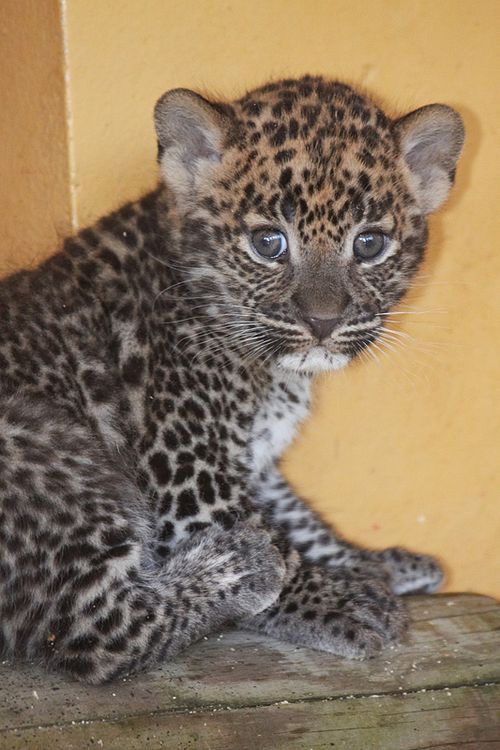