One of Two Shy Lynx Cubs Weighs In at Kristiansand Zoo 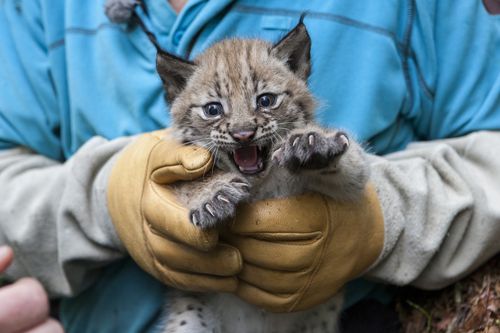 In late May, Kristiansand Zoo in Norway welcomed two Eurasian Lynx cubs. One of them, shown in the photographs on a July 4th checkup, is a little male weighing about three and a half pounds (1.54 kg). The other cub, whose sex isn't yet known, was hiding at the time and didn't want to come out for a checkup. These little additions bring the zoo's Lynx count up to six.

According to the International Union for Conservation of Nature, the Eurasian Lynx is considered a species of Least Concern on the Red List of Threatened Species. However, though this cat ranges widely throughout the Eurasian continent, some populations of the Eurasian Lynx are endangered or critically endangered, often due to illegal hunting. It is classified as an endangered species in Norway, where Kristiansand Zoo is located. 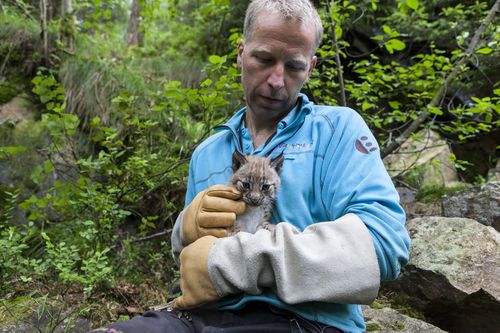 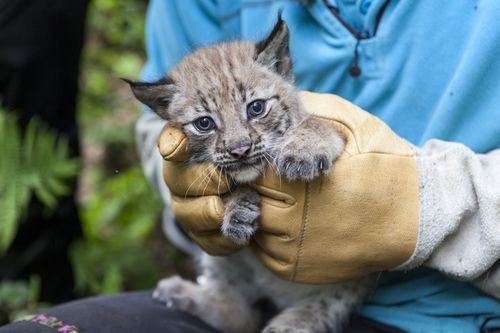 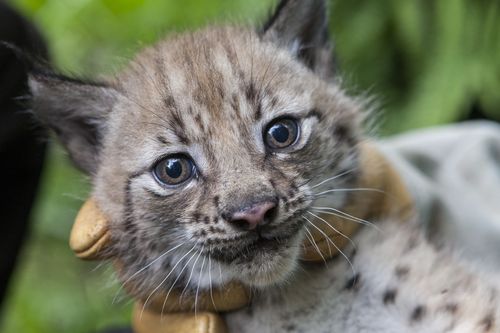