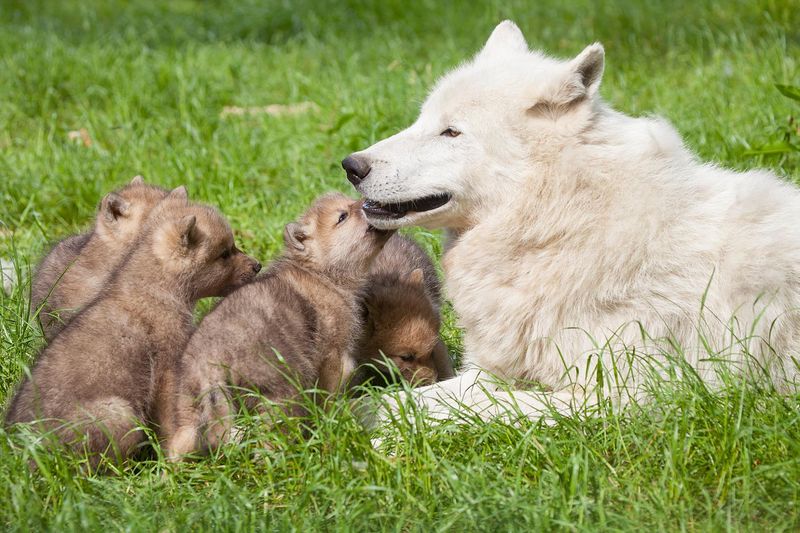 The Arctic Wolf pack, at Knuthenborg Safaripark, grew by seven this spring!

The pups began emerging, a few weeks ago, from their cave at the Wolf Forest exhibit. Now, they are regularly out and about…but never too far from their attentive and protective mom. 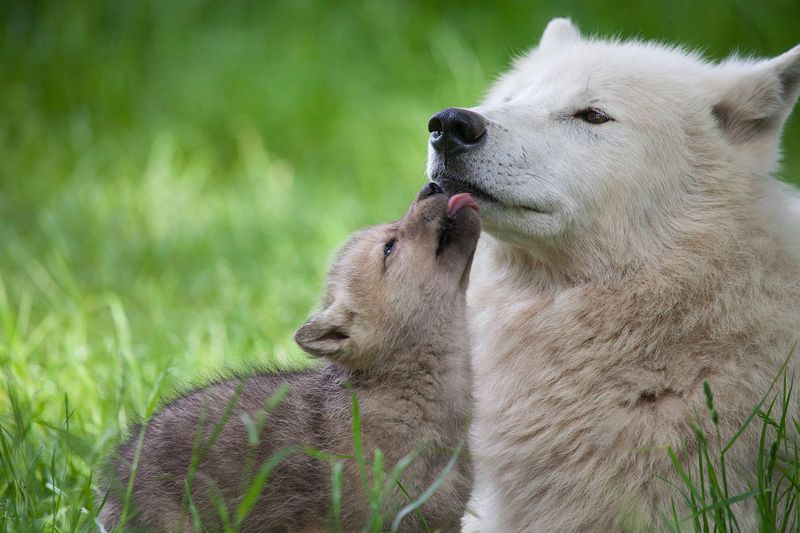 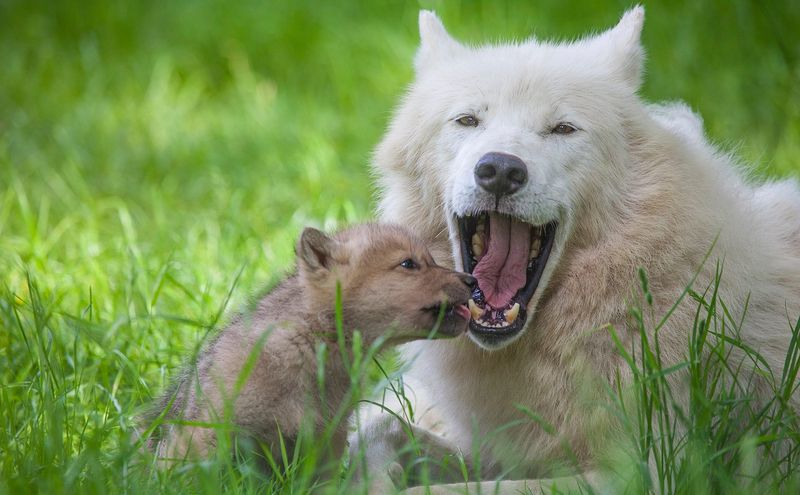 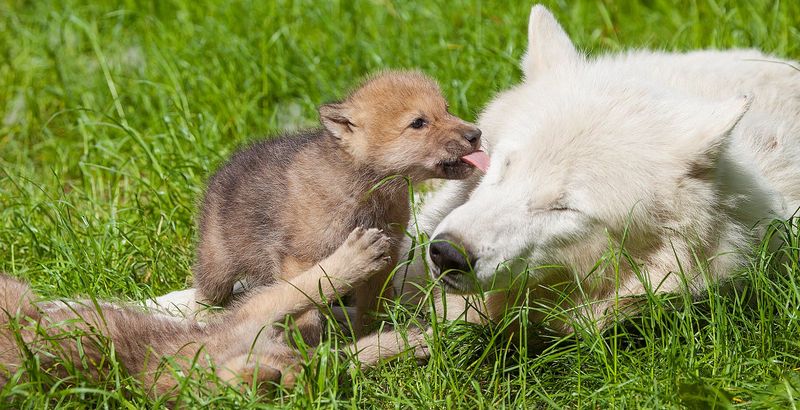 The Arctic Wolf (Canis lupus arctos), also known as the Melville Island Wolf, is a possible subspecies of Gray Wolf and is native to the Canadian Arctic Archipelago. It is a medium-sized subspecies, distinguished from the northwestern wolf by its smaller size, its whiter coloration, its narrower braincase, and larger carnassials.

Wolves live, travel and hunt in packs of 7 to 8 animals on average. Packs include the mother and father (called the alphas), their pups and older offspring. The alpha female and male are typically the pack leaders, and they track and hunt prey, choose den sites and establish the pack's territory. Wolves are known to develop strong social bonds within their packs.

Their breeding season occurs once a year, usually in late January through March. Gestation period lasts for about 63 days, and the pups are born blind and defenseless. Litters average four to seven pups. The pack cares for the young, until they fully mature at about 10 months of age and can hunt on their own. Once grown, young wolves may disperse. Dispersing wolves have been known to travel 50 to 500 miles.

The Arctic Wolf is white throughout the year, even though it often roams forests where there is no snow. During the winter the coat is thick and warm. In spring, the winter coat molts, and during this period the wolf can look rather tatty. Wolves are shy but nevertheless courageous. Packs of wolves often attack Bison or Musk Ox, which weigh more than ten times as much as a wolf. Wolves can travel up to 200 km (124 miles) in a single day – and run at speeds of up to 65 km/h (40 mph).

The Arctic Wolf is classified as “Least Concern”, according to the IUCN, but it does face threats of endangerment. In 1997, there was a decline in the Arctic Wolf population and its prey, Musk Oxen (Ovibos moschatus) and Arctic Hares (Lepus arcticus). This was due to harmful weather conditions, during the summers, for four years.

The Arctic Wolf population also began to decrease as human populations became denser in certain areas. During the 1930s, in east Greenland, the Arctic Wolf was exterminated completely by Danish and Norwegian hunters. In 1979, they began to repopulate the area and successfully established a new population of wolves. 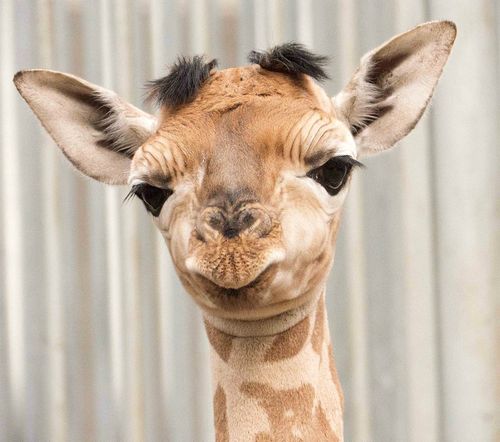 In the late hours of June 27th, Knuthenborg Park in Denmark welcomed a new female Giraffe calf, named Damisi. Damisi was born to mother Dora and father Timon, who also have a second two-year-old calf. 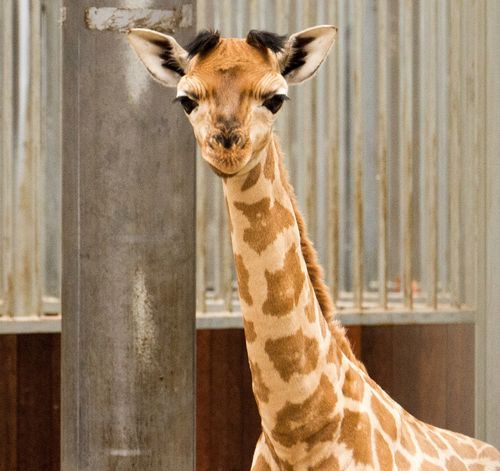 Damisi's birth was no small feat. During 5 long hours of calving, park staff worried that Dora would need assistance in birthing Damisi. The keepers try not to interfere with births whenever possible. Luckily, Dora pulled through and was able to deliver the calf naturally. 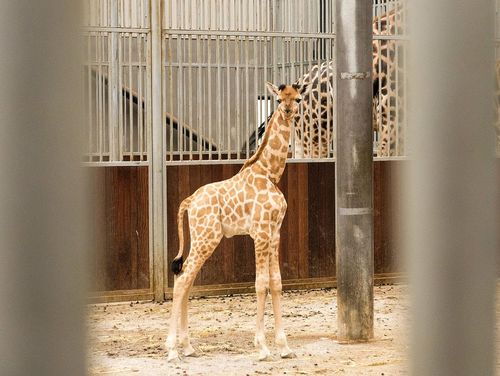 Since Giraffes spend 14 months in the womb, newborns are often around 6 feet tall. Though this may seem large for most species (especially humans!), calves are still about a third the size of adults. 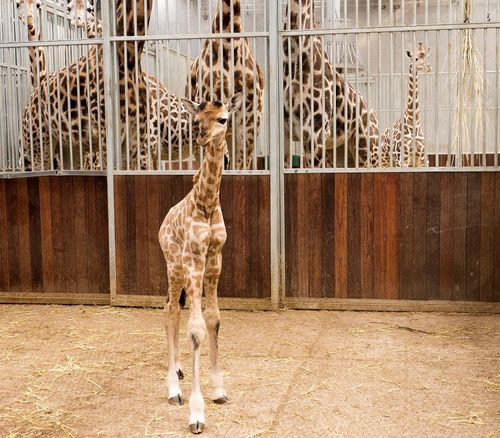 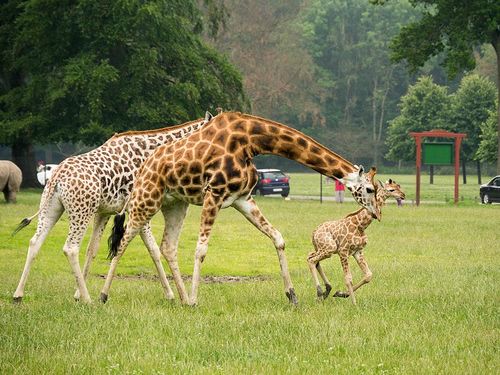 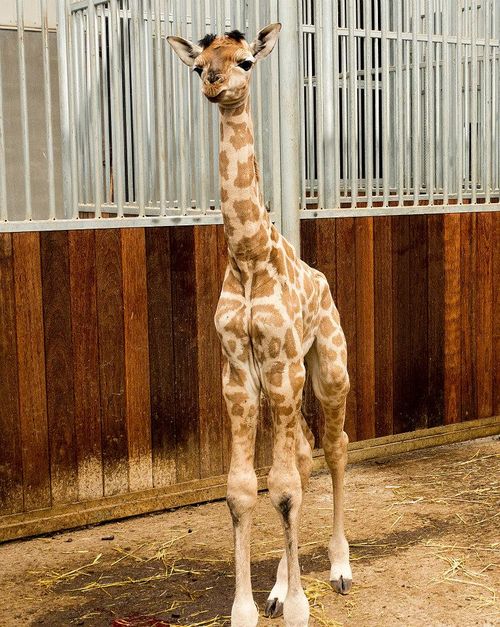 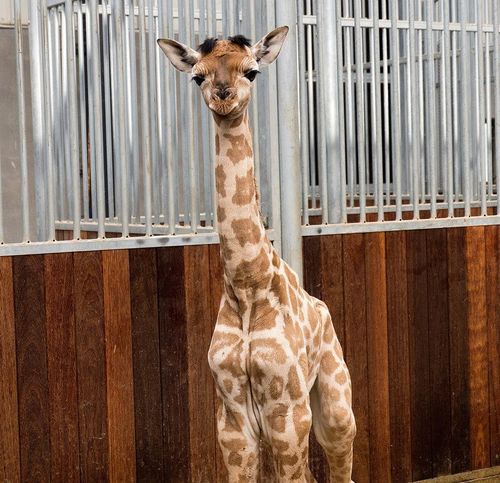 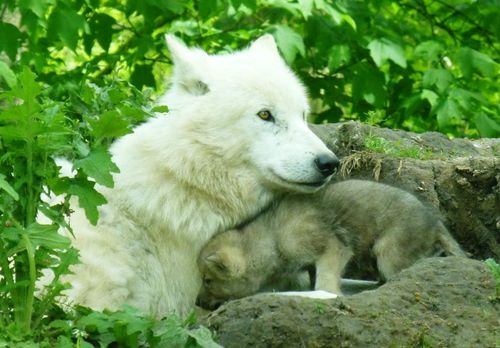 A big event happened at Knuthenborg Safari Park at the end of April, for the second year in a row: five White Arctic Wolf pups were born to the park's four-year-old female Wolf after a gestation of 63 days. The pups have been found to be healthy and all are thriving. The sex of each pup is still unknown. Head animal keeper Lisbeth Høgh said, "This time we did not know she was pregnant when we never saw any mating."

They have just begun to emerge from the den but have come out more and for longer periods of time each day to play and nurse. It will be awhile yet before they begin to eat with the rest of the pack. The pups will develop long canine teeth for killing and eating prey. 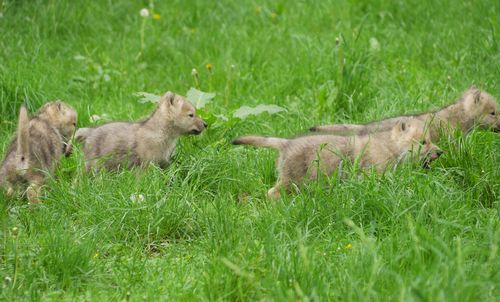 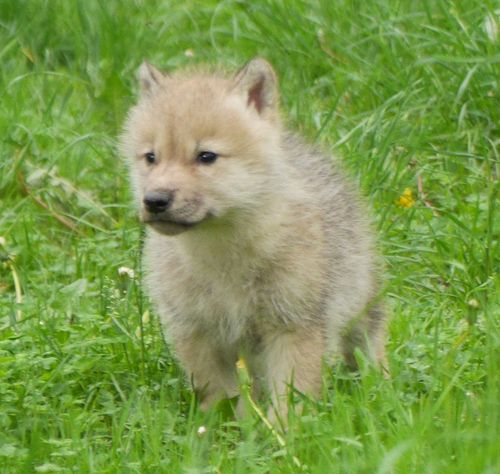 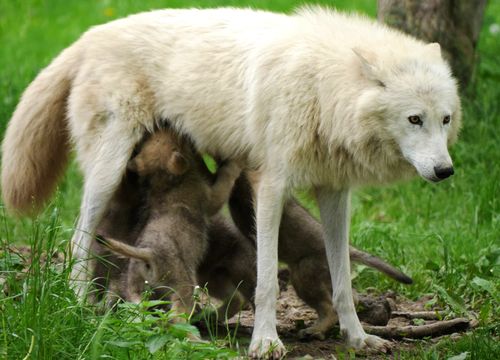 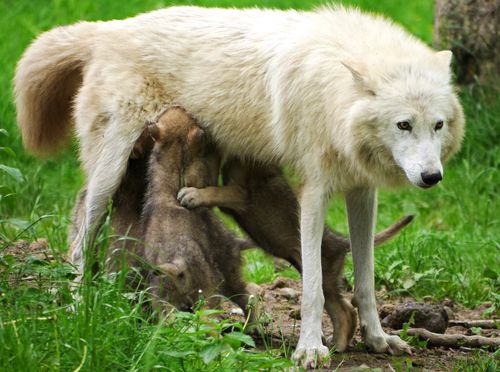 In the wild, Arctic Wolves, also known as Snow or White Wolves are found in the Canadian Arctic, Alaska and the northern parts of Greenland. They are the only subspecies of the Gray Wolf that still can be found across its original range, because they rarely encounter human beings in their harsh, remote habitat. Not much has therefore been learned about their habits. However, this has been of benefit to them, as they are fairly safe from the encroachment of man, whether that takes the form of hunting or habitat destruction. As a result, the Arctic Wolf is also the only subspecies of wolf which is not threatened.

Watch the little pups play in the video below:

See more pictures after the jump: