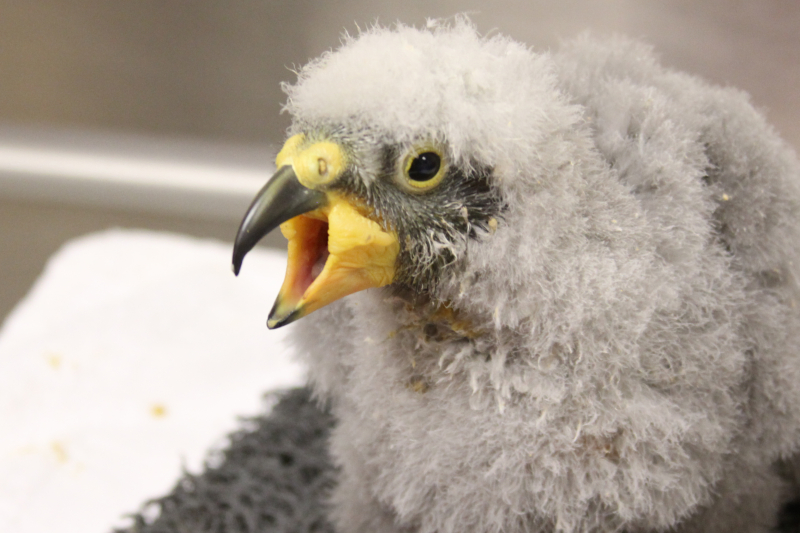 Denver Zoo is celebrating its first successful hatching of a Kea! The female chick, named Scarlet, hatched on February 8, and is being hand-reared by zookeepers at the Zoo’s Avian Propagation Center.

The Kea (KEE-yah) is a large, vulnerable species of parrot. Scarlet’s arrival is special, as she increases the North American zoo population to 38 Keas, 14 of which are female.

Zookeepers have taken extra steps to assure Scarlet’s continued well-being. She is still growing behind the scenes, but will make her public debut soon at the Zoo’s Bird World habitat. 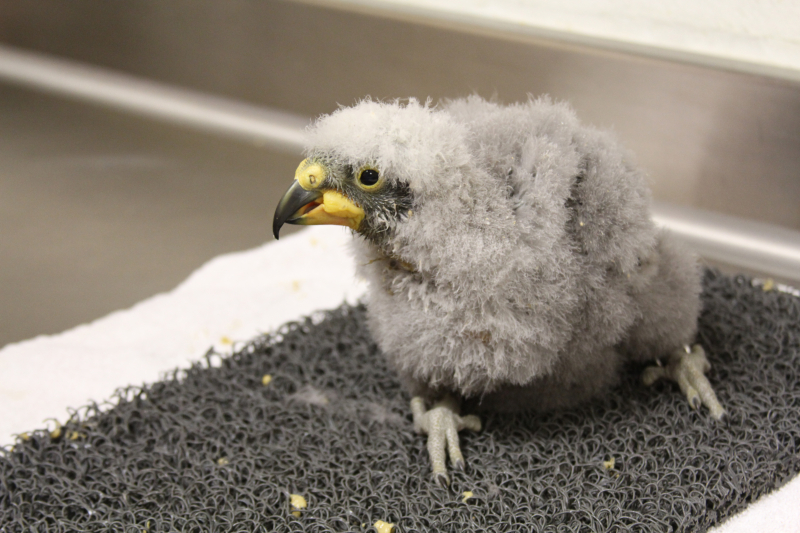 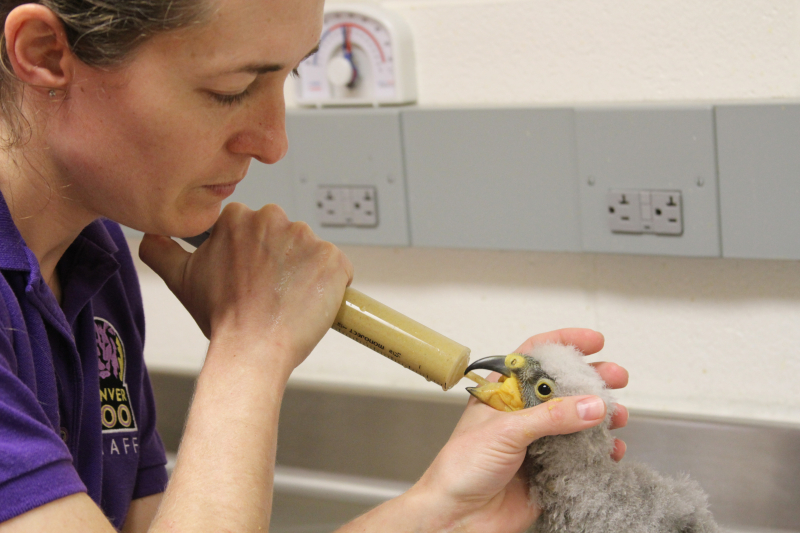 Scarlet's hatching is a somewhat rare occasion. Only 11 institutions in North America house the species and they can be very difficult to breed. Denver Zoo’s zookeepers were diligent, though, and after thorough research, designed a large nest box, with a tunnel entrance, that finally encouraged Scarlet’s mother, Anna, to breed with her mate, Sorento, resulting in four eggs. Zookeepers had planned to give the pair a chance to incubate the eggs and rear the chicks themselves, but unfortunately, the parents broke two of the eggs, forcing zookeepers to pull the remaining two and incubate them artificially. Of those, only one chick hatched. Zookeepers have then hand-raised the chick since then, but will eventually place Scarlet with her parents once she is old enough.

This is the first chick for both Anna and Sorento. Anna hatched at the Woodland Park Zoo, in Seattle, Washington, in March 2006, and arrived at Denver in August 2008. Sorento hatched at the San Diego Zoo in December 2004 and came to Denver Zoo, from the Philadelphia Zoo, in October 2010. The two were paired under recommendation of the Association of Zoos and Aquariums’ (AZA) Species Survival Plan (SSP), which ensures healthy populations and genetic diversity among zoo animals. The Kea SSP coordinator, Jessica Meehan, who supervises the management of the birds around North America, is also a Denver Zoo zookeeper.

The Kea (Nestor notabilis) is one of the few alpine species of parrot in the world and is found mostly in the mountains of the South Island of New Zealand. Adults can grow to about 19 inches long, and can weigh about 2 pounds. Their feathers are mostly olive-green, save for the bright, reddish-orange coloring under their wings. Keas were named, by the Māori people, for the sound of one of the birds’ vocalizations: “kee-yah.”

While exact population numbers are difficult to verify, experts estimate the wild Kea population at between 3,000 and 5,000 individuals, but could be significantly lower. The species is thought to be in decline and is currently classified as “Vulnerable” by the International Union for Conservation of Nature (IUCN). They face a number of threats, including human-animal conflict and predation by introduced species, like stoats and possums. 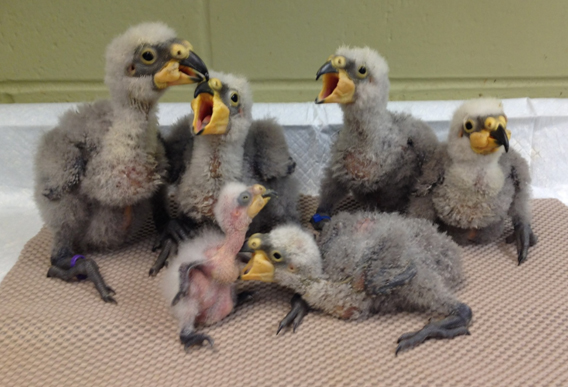 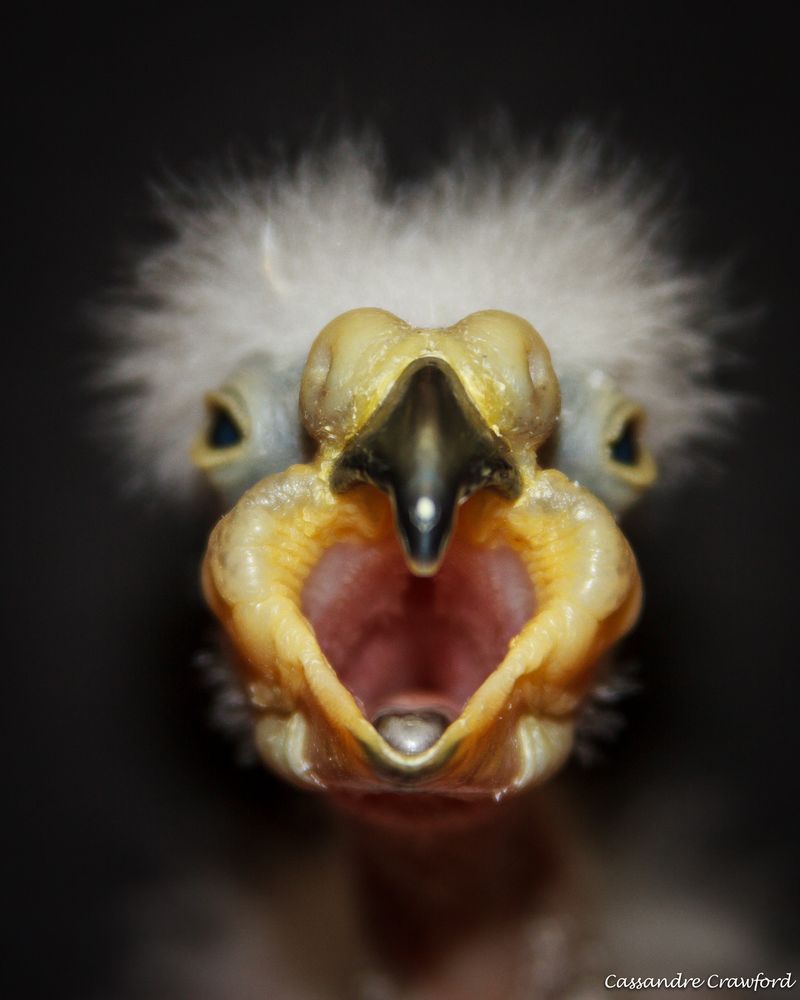 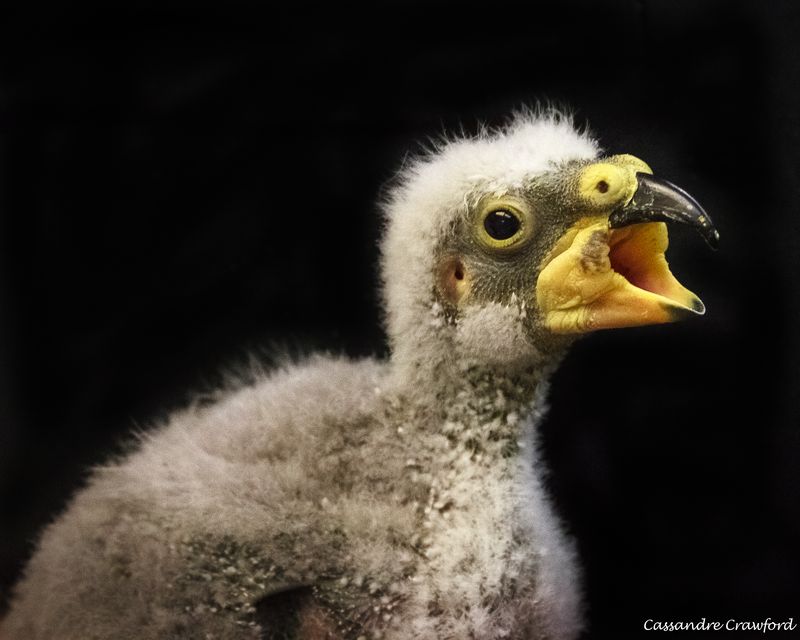 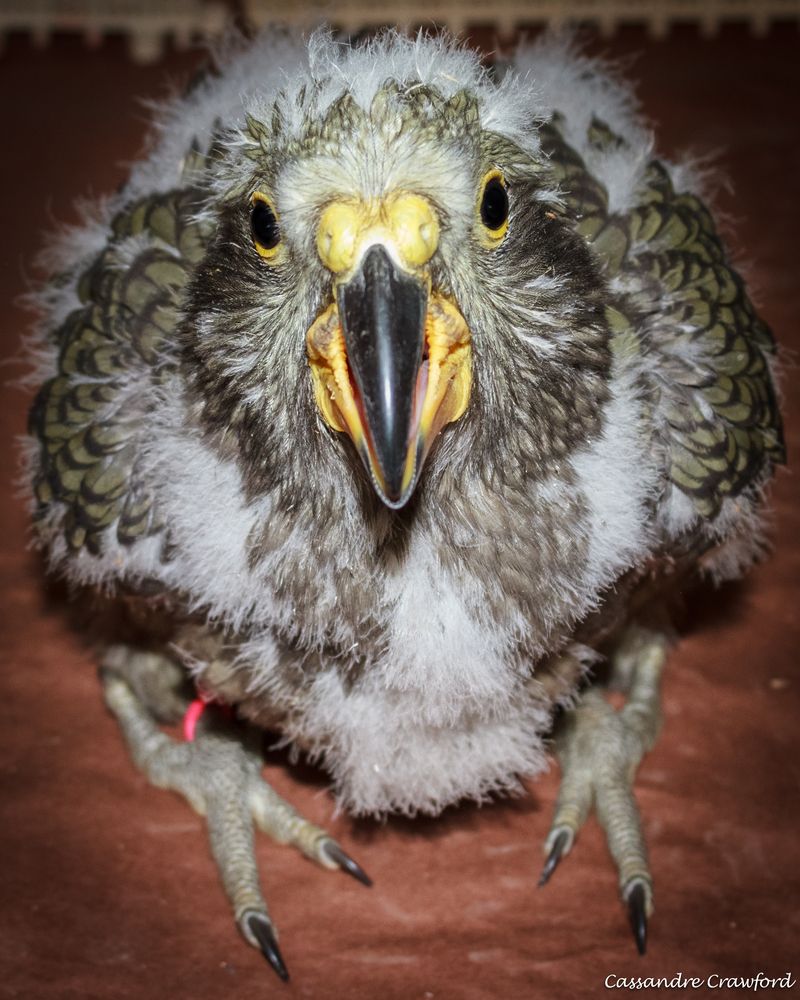 The Cincinnati Zoo’s determination and hard work was rewarded, recently, when it was announced that the facility had received the Plume Award for Noteworthy Achievement in Avian Husbandry, from the Avian Scientific Advisory Group.

The award recognizes excellence in a single facet of husbandry, such as: first-time breeding, reintroduction programs, breeding consortiums, reproduction of a difficult species or taking a leading role in population sustainability. Robert Webster, the Zoo’s Curator of Birds, and the Cincinnati Zoo Bird Department (Kimberly Klosterman, Jennifer Gainer, Cody Sowers, Dan Burns, Aimee Owen, Rickey Kinley, Steve Malowski and Jackie Bray) have worked tirelessly to achieve breeding success with a species known to have reproductive challenges. The Cincinnati Zoo’s Kea program consists of a breeding flock, an interactive exhibit and a partnership with Kea Conservation Trust in New Zealand.

The bird staff credits flocking and free mate choice as key contributors to the success of its breeding program, as well as assistance from many other Zoo departments and devoted volunteers.  “Best of all, we are able to share the insights we are learning with captive Kea-holders throughout the world and with the conservationists whose work we support in the birds’ native New Zealand,” said Webster.

During the last three years, the Cincinnati Zoo has successfully hatched 13 chicks, more than any other zoo in North America. 2014 was especially bountiful, with the fledging of six chicks. During the summer, the Kea flock shares the exhibit with several other avian species, including Nicobar Pigeons, Pied Imperial Pigeons, Magpie Geese, and Cape Barren Geese. Most recently the Aviculture department formed a partnership with the Zoo’s Lindner Center for Conservation and Research of Endangered Wildlife (CREW) to start a foundation in Kea reproduction research.

“I couldn’t be more excited about Cincinnati Zoo’s success with breeding Kea this year! This flock includes a number of genetically important birds and the population has been struggling with breeding in recent years, so these chicks represent a great move in the right direction. Cincinnati’s unique way of housing and managing Kea in a large flock has proven to be a great combination of guest experience and breeding opportunity for this species,” said Jessica Meehan, AZA Kea SSP Coordinator.

“The international community has great interest in Kea because of their unique ecology, amazing intelligence, and charismatic personalities. There is no other avian species on Earth quite like them,” said Webster. “The Cincinnati Zoo & Botanical Garden recognizes that Kea are a wildlife gem and that their loss would be tragic. We have attempted to do everything in our power to ensure that Kea are around for future generations.”