At Jenkinson's Aquarium, Tiny Horseshoe Crabs Have an Important Message 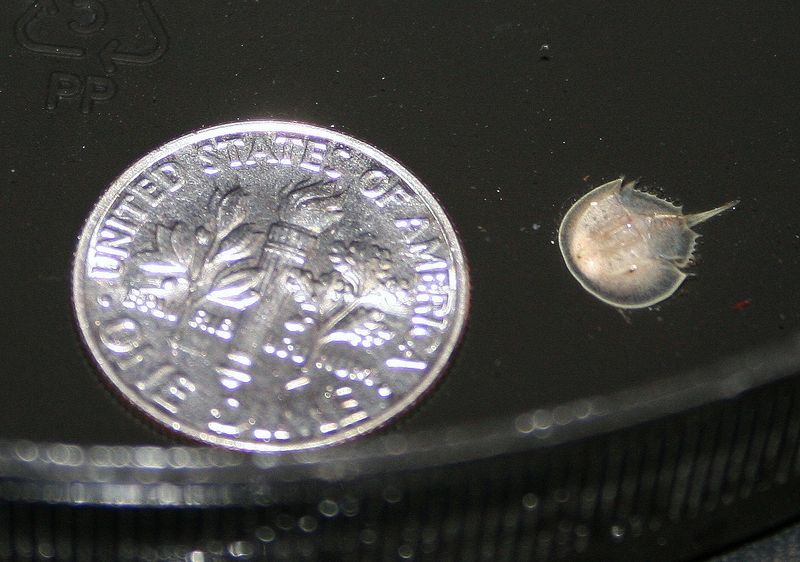 Early one morning in August, an aquarist at Jenkison's Aquarium in New Jersey came across some tiny surprises: several hundred Horseshoe Crab babies had hatched in an off-exhibit holding tank. They have been doing very well and some are now on exhibit in the aquarium's classroom to promote a message of shoreline conservation, as migratory shorebirds depend on Horseshoe Crab eggs for a food source during their long migrations.

The Atlantic Horseshoe Crab has been called a 'living fossil' because we find fossilized Horseshoe Crabs from over 200 million years ago. They are actually more closely related to spiders and scorpions than to crabs. This arthropod is in a class by itself though - Merostomata - which means 'legs attached to the mouth'. Trilobites that lived over 500 million years ago are actually a closer relative to this creature. 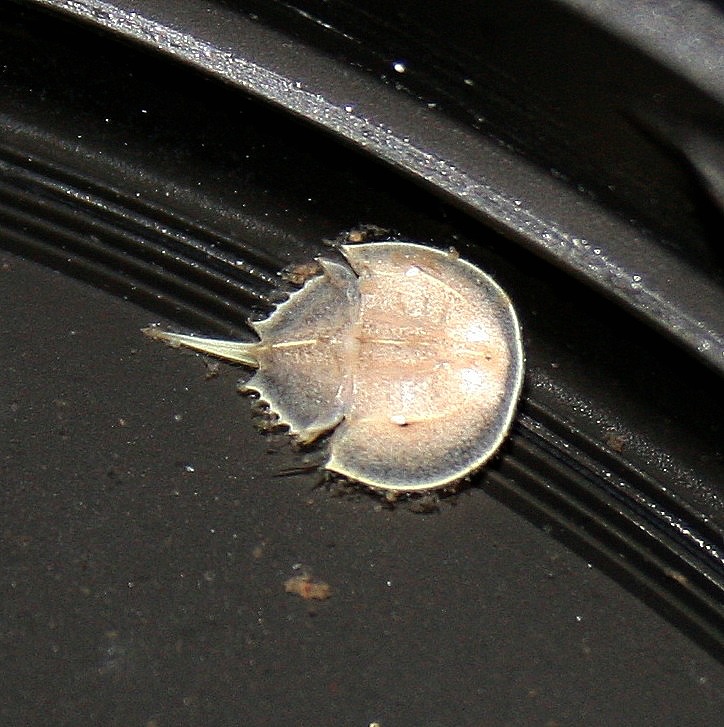 The Delaware Bay region is home to the largest population of the Atlantic Horseshoe Crab, which range along the east coast from Nova Scotia to the Yucatan. Three other species of Horseshoe Crab live in the coastal waters of Japan and Indonesia. Horseshoe Crab spawning usually takes place in May and June during evening high tides at full and new moons. The female will dig holes in the sand, depositing thousands of eggs at a time, and then drag the male over them to fertilize them. Incoming tide waters cover the nests with sand.

The Delaware Bay’s Horseshoe Crab population has declined by 90% over the last 150 years, mostly due to over-harvesting. Horseshoe crabs are used as bait for fishing, and their bright-blue blood is also used by the biomedical industry, as it contains a powerful bacterial decontaminant used in intravenous drugs. Biomedical harvesters use a catch-and-release method which is meant to reduce the mortality of these creatures.

As the number of Horseshoe Crabs in the area has declined, so has the number of eggs available for consumption by migrating shorebirds. Shorebird population numbers are plummeting as well, as many cannot gain the amount of energy needed to complete their migrations. One such bird is the Red Knot, which has been placed on New Jersey’s Endangered Species list. Many other shorebirds will be at risk as well if Horseshoe Crab populations are unable to rebound.